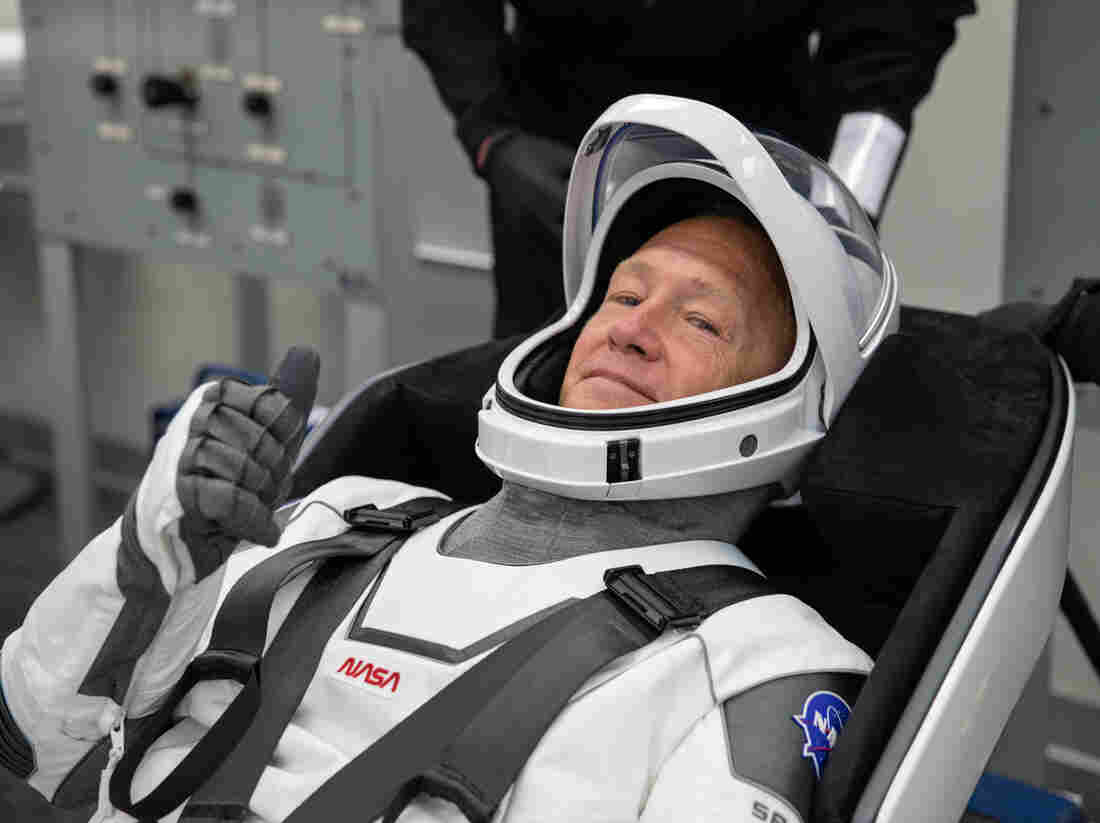 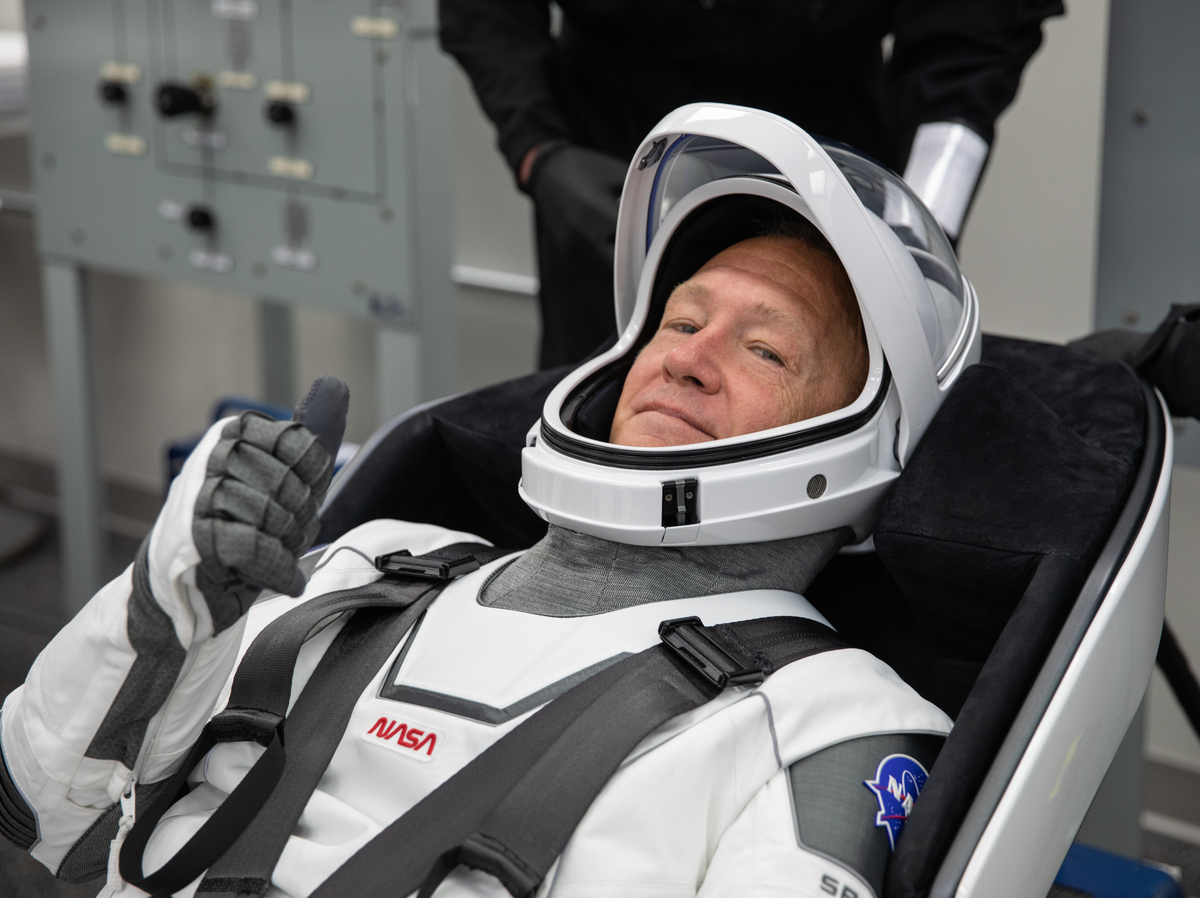 When NASA astronauts launch from the Kennedy Space Center, it will be the first time humans have blasted off from the U.S. since the end of the space shuttle program in 2011.

The pilot of that final shuttle mission was Doug Hurley, and he's aboard again Wednesday, ready to make history with the launch of SpaceX's Crew Dragon capsule.

When Hurley and his crew cleared the tower aboard Atlantis on July 8, 2011, the future of human spaceflight from Florida was uncertain. Getting to space was going to require hitching a ride on Russia's Soyuz capsules lifting off from Kazakhstan. A U.S. replacement ride was at least four years away.

After the final shuttle mission, Hurley worked at NASA's Johnson Space Center to develop the Commercial Crew Program. In 2015, he was selected as one of the first Commercial Crew astronauts. Now he will once again fly to space — something that surprises even him. 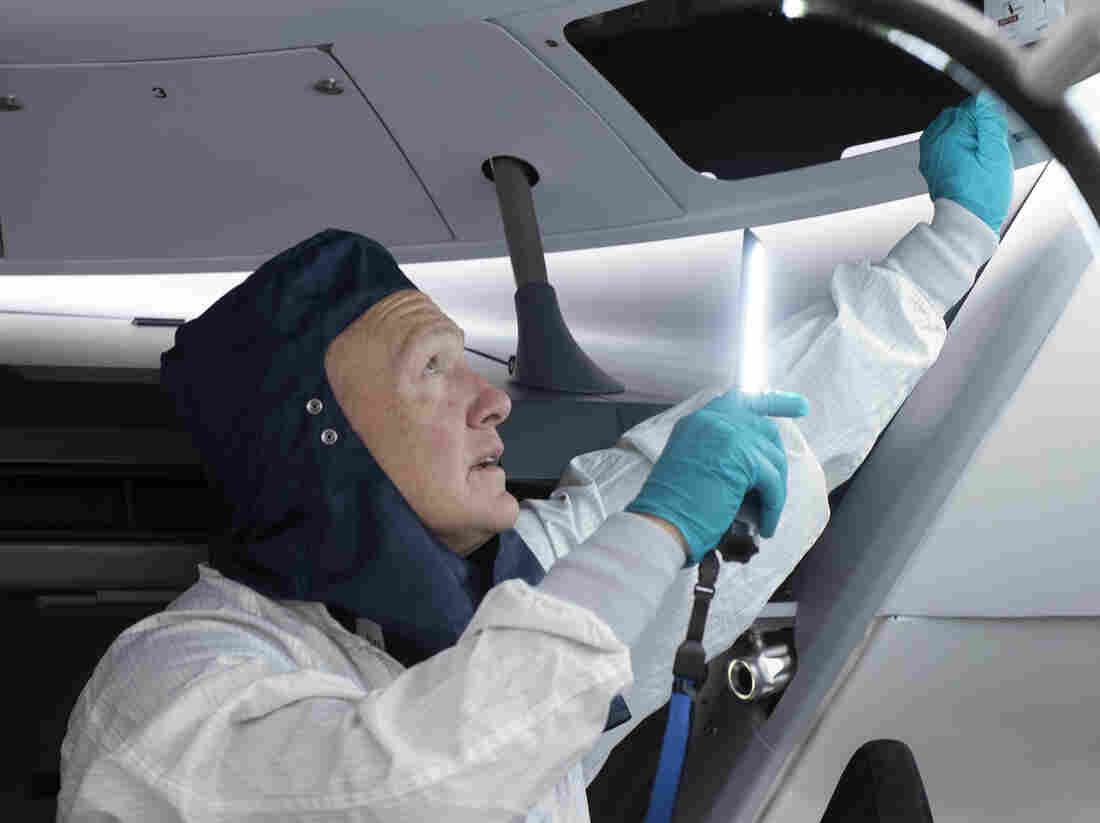 Hurley during an inspection of the Crew Dragon capsule in March at NASA's Kennedy Space Center. SpaceX hide caption 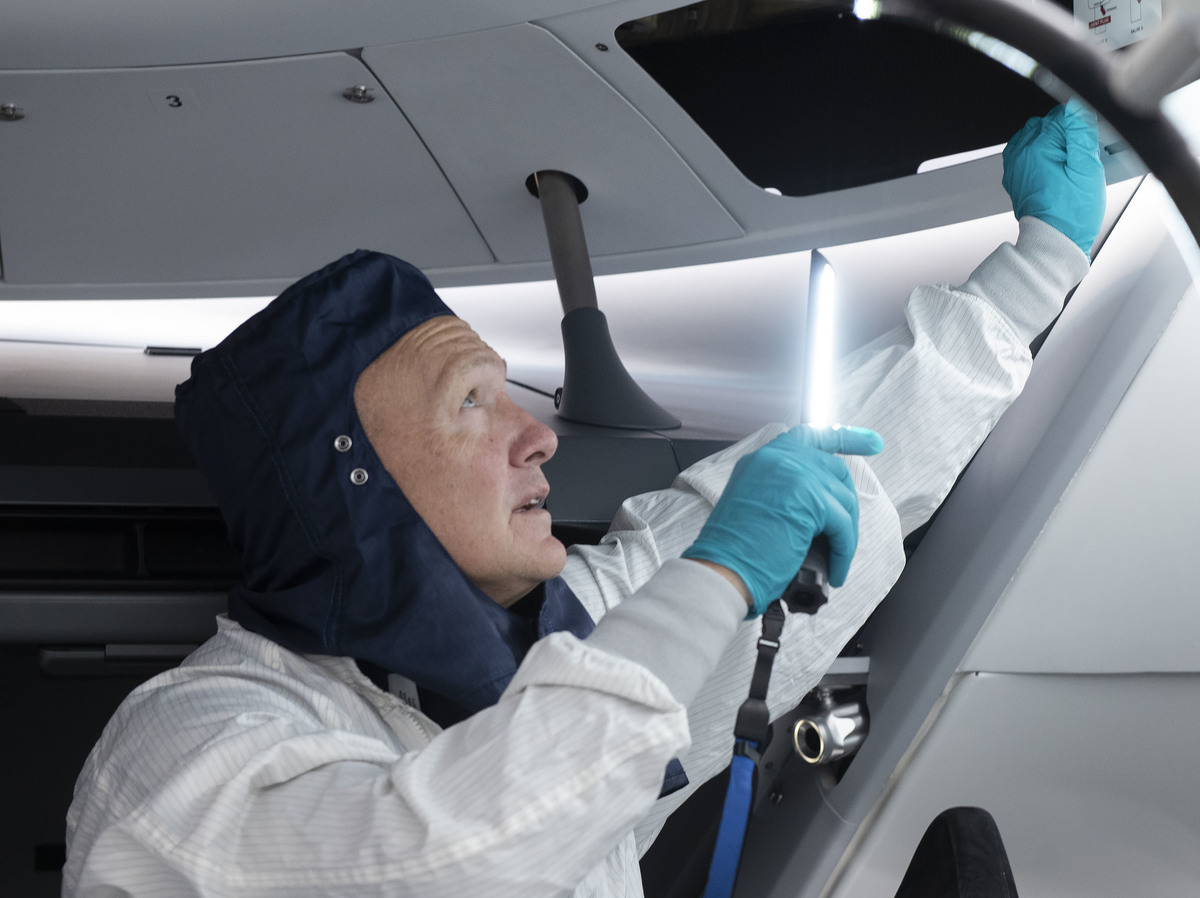 Hurley during an inspection of the Crew Dragon capsule in March at NASA's Kennedy Space Center.

Hurley joined NASA in 2000 as part of an astronaut class that called themselves the Bugs, after the Y2K computer glitch of that year. He was selected for his test-flight skills and had clocked over 5,500 hours in more than two dozen military aircraft before joining the space agency.

Virts adds, "He's going to stay cool no matter what happens. He's definitely a very good choice. I know why our bosses picked him for this job."

The focus of this flight, known as Demonstration Mission 2, will put Hurley's test pilot skills to use. He and co-pilot Bob Behnken are tasked with flying SpaceX's Crew Dragon for the first time. The duo will put the sleek capsule through its paces, flying it using a touch screen and iPads before it docks with the space station.

The launch is set for 4:33 p.m. ET Wednesday, and the spacecraft will dock with the station about 18 hours later. The astronauts will spend anywhere from one to four months on the station.

Like Hurley, Behnken, another Bug, is a veteran of two shuttle missions, one in 2008 and another two years later. He says Hurley is cool under pressure and dedicated to the mission.

"I always know that Doug is going to be one step ahead of me and ready for whatever's kind of coming in front of us," he says. "He's going to be the one who's ready a second and a half before I am." 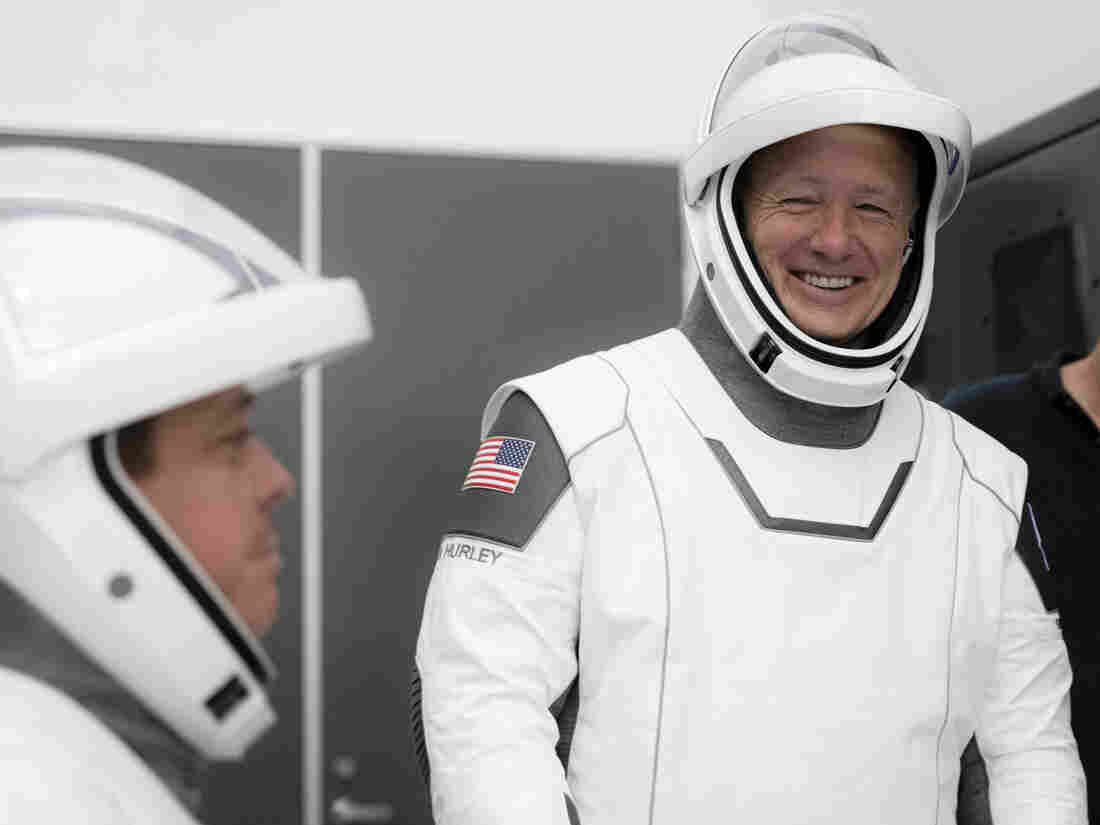 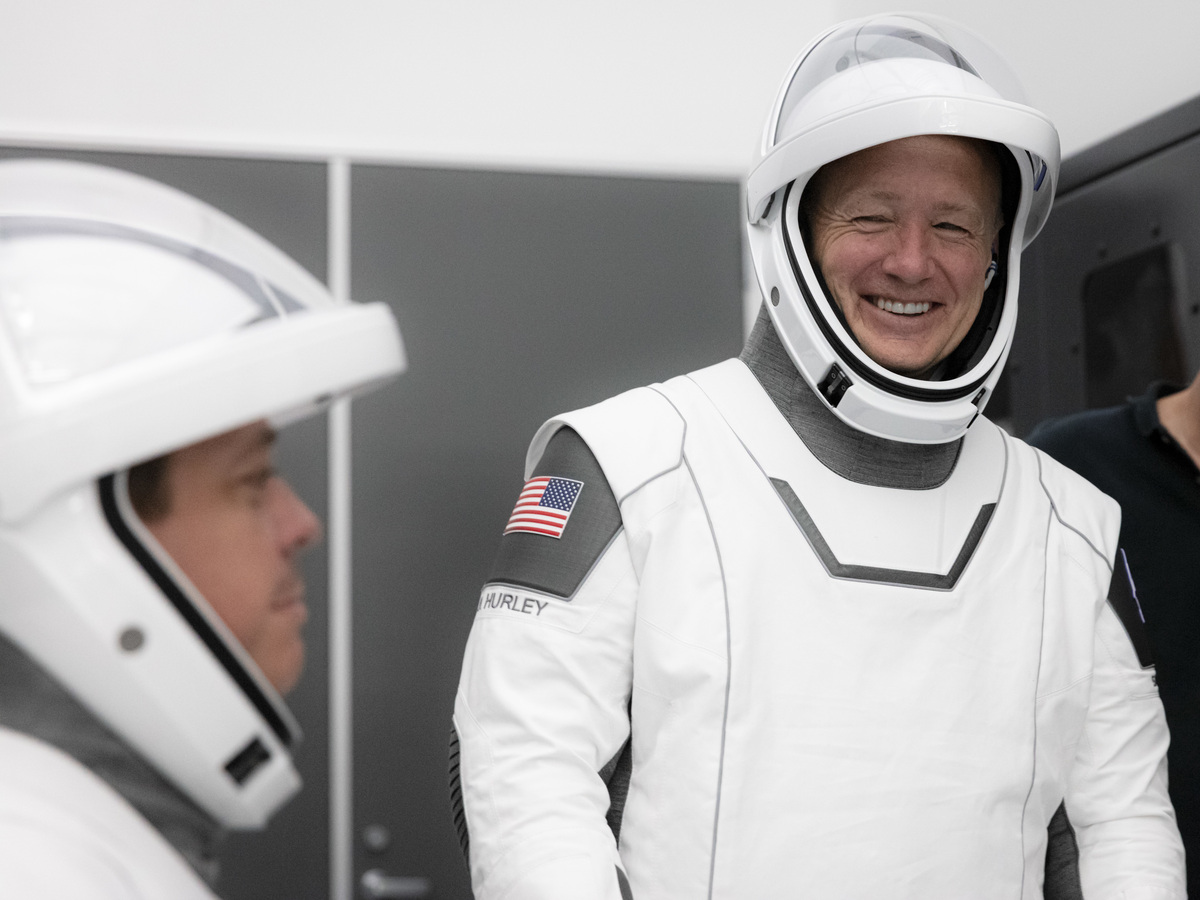 The mission is a critical test flight that will — if all goes well — pave the way for more astronauts to fly to the station from the United States. NASA is out of rides to the space station from Roscosmos, the Russian space agency, and Boeing, the second commercial partner, is facing delays getting its capsule certified for launch.

Hurley and Behnken will spend 18 hours in space, testing and certifying all of the systems of the Crew Dragon — from flying it in orbit to sleeping on board to testing the spacecraft's toilet.

"You want to know that when it hits the fan, when things don't go as planned, that you have these people with you that will have your back, and that they know you'll have theirs," says fellow class of 2000 astronaut Nicole Stott, who is now retired from NASA.