Accessibility links
'Running For Your Life': A Community Poem For Ahmaud Arbery For this latest community poem, NPR poet-in-residence Kwame Alexander sifted through more than 1,000 submissions reacting to the killing of Ahmaud Abrery and created a poem that speaks with one voice. 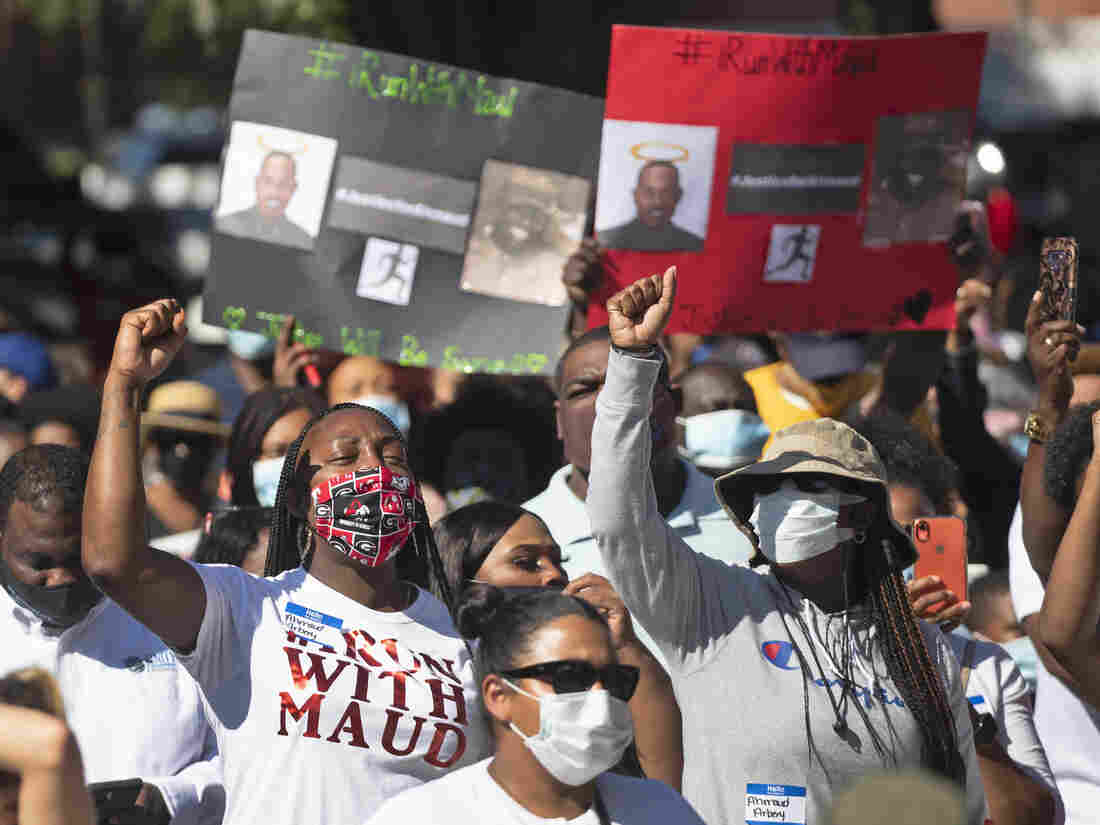 People react during a rally to protest the shooting of Ahmaud Arbery in Brunswick, Ga. John Bazemore/AP hide caption 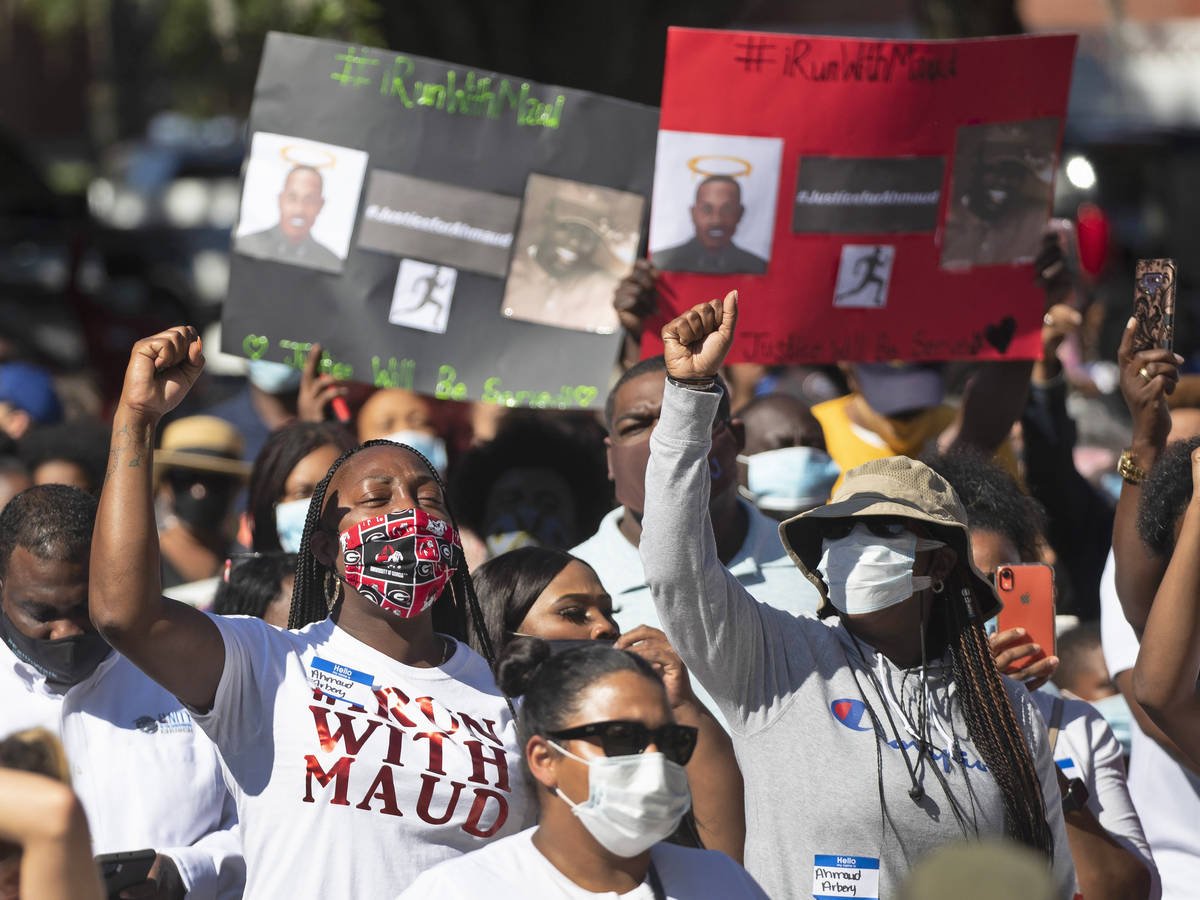 People react during a rally to protest the shooting of Ahmaud Arbery in Brunswick, Ga.

After the death of Ahmaud Arbery, Morning Edition asked for your reactions to the killing in the shape of a poem. The 25-year-old black man was shot and killed by two white men while he was out for a jog in February in Glynn County, Ga.

When video of the incident was released, it was met with public outcry and protest. In the weeks since, we've seen more outrage accompany new headlines about African Americans killed by police. Dreasjon "Sean" Reed was shot and killed in Indianapolis. Breonna Taylor, an emergency medical technician in Louisville, Ky., was shot eight times in her bed. And Monday night Minneapolis, another black man died in police custody; a video shows George Floyd pleading with an officer whose shoe is on his neck.

The art that comes from hurt and pain is compelling and formidable. We received over 1,000 entries — an emotional outpouring of poems and reflections what it means to be black and safe in America today.

NPR's poet-in-residence Kwame Alexander took lines from the many submissions to create a community poem. Contributors are credited at the bottom.

Running For Your Life

What is the color of air?
Who owns the right to breathe?
Why are we so afraid of each other?
When will they come for the brown men I know and love?
What was his crime?

Is there justice for all In the land of the free?
Or only those who are
White like me?

What is the vaccine for this "pandemic"?
I wonder where my baby is?

White-hot hate
left its stain
on a blackened
Georgia road.

My country, 'tis of thee ... we must raise the skeletons
buried deep in our past,

Please stop running
from the truth
and listen:

This death was everyone's fault.
This is on you, young America

'If The Trees Can Keep Dancing, So Can I' : A Community Poem To Cope In Crisis

We must accept the lingering shame and guilt,
the anger and mistrust inequality have instilled,
apologize for the damage commit to sow a future with humility.

I am sorry that we all know your name now;
That we will forget it far too soon.

I am sorry that your life has become a metaphor:

a house being built, down the road,
He liked to mark its progress,
dream of building one himself,

Eyes shine through windows,
Like raccoons in the woods at night,
Their faces twisted, pink, and hot,

He knows these trees, and their strange fruit,

Of thee I sing.

After bullet leaves chamber
it cannot be recalled

of so many lost for the sake of insanity:

his first words: Don't Be Afraid
a black boy jogging in the morning

There is an essential difference between running

and running for your life.

I remember my mother, the night
she got down on her hands and knees
on the frayed rug,

Tired of the facade of racial progress

Pain too hard to bear,
fists pumping out the beat,
"I can't take it anymore."

I don't fear the pick-up trucks
It's only the dogs sometimes, when there are two or more, and mean,
Who charge out onto the road, hair raised along their backs, barking and growling.
Coming up behind me.
Looking for a chance to bite.
My deepest fear is that I am black and that I will be murdered for it.

They are young men
simply going about their lives

Never, ever again, should a dream be deferred,
should a parent have to explain

Jim Crow still lives in the hearts and minds
of white men,
should a young man look over his shoulder
at a gun and run only to lose this race.

Never, ever AGAIN.
We do have a choice
and it is an easy choice.
We fight to rise above this sin

We fight to be a world of one

because Justice peeks her head
around the corner.
And hope the door doesn't slam.

This community poem was created using submissions by: