Accessibility links
Barr Would Call For Veto Of FISA Bill, Justice Department Says President Trump and Attorney General William Barr opposed the legislation. The House was set to vote on it Wednesday night, but ultimately did not. 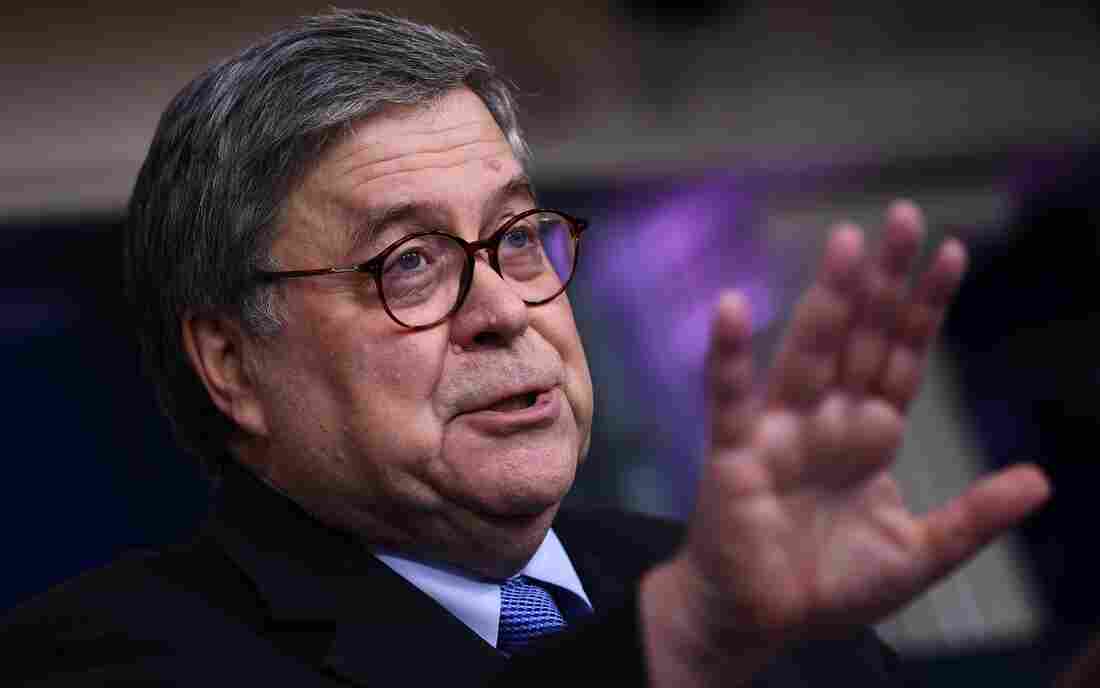 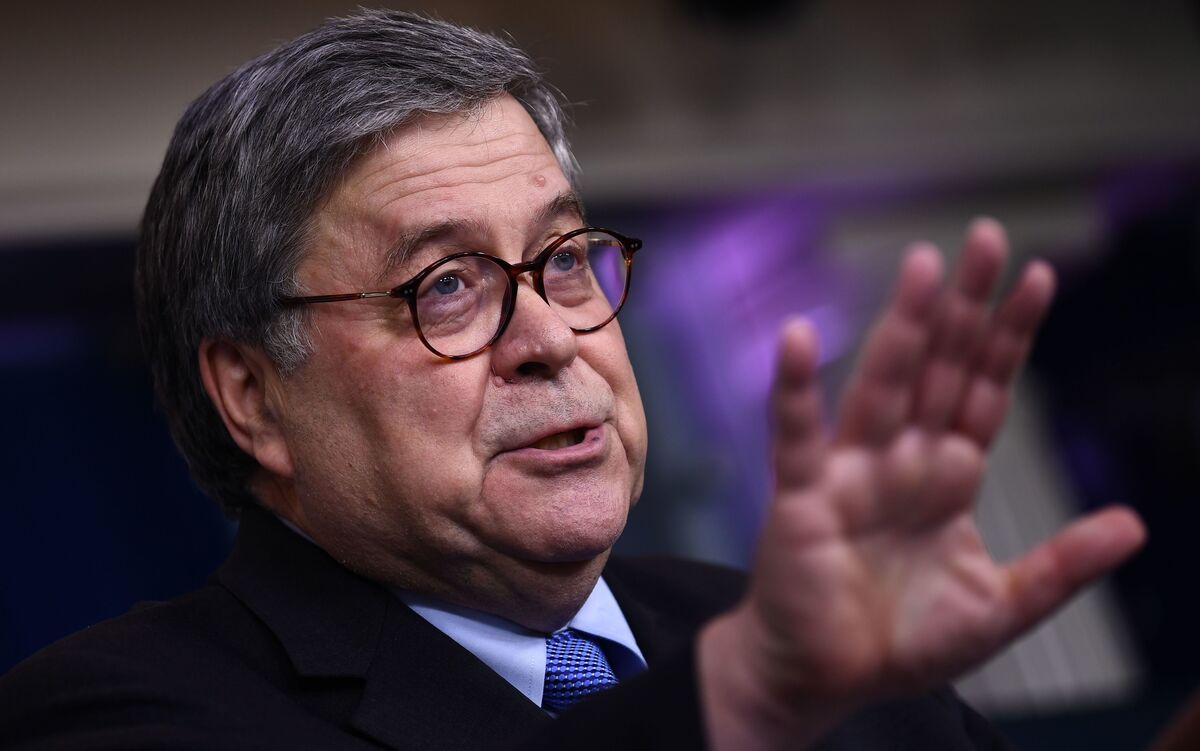 Attorney General William Barr, pictured at a press briefing in March, has voiced opposition to the latest surveillance legislation after backing an earlier version.

Work on reviving a group of federal surveillance authorities halted at another political impasse on Wednesday after an unusual rejection by the Department of Justice.

The House was set to vote on an amended version of a Senate-approved bill that would have revived the lapsed surveillance powers. But lawmakers wrapped up their session Wednesday night without voting on the bill.

Even if had passed in the House, the legislation would have needed to ping-pong back over to the Senate because of House changes.

But the Justice Department seemed to cut off even the viability of that effort with a statement that not only reiterated how it considers the current legislation unacceptable, but promised that Attorney General William Barr would recommend that President Trump veto it. The president tweeted Wednesday evening that he would, in fact, veto the bill if it was sent to him.

That was a wholesale reversal for Barr, who supported reauthorizing sections of the now-infamous Foreign Intelligence Surveillance Act, or FISA, and helped draft an earlier version of the bill.

And veto threats usually come directly from the White House or the president, not the Justice Department.

Reformers in Congress say they want to address what they call the prospects for the abuse of surveillance authorities and problems identified by the Justice Department's inspector general related to surveillance during the Russia investigation.

Barr had said he was willing to accept some changes to FISA practices.

But Assistant Attorney General Stephen Boyd, who manages the department's relationship with Capitol Hill, says now it can't go along with the legislation as it stands in the House.

"We have proposed specific fixes to the most significant problems created by the changes the Senate made," Boyd said. "Instead of addressing those issues, the House is now poised to further amend the legislation in a manner that will weaken national security tools while doing nothing to address the abuses identified by the DOJ Inspector General."

IG reports have documented problems with the FBI's submissions to the secret court that authorizes clandestine surveillance, including the collection on a former member of Trump's campaign during the Russia investigation.

A group of FISA authorities lapsed earlier this year when lawmakers couldn't agree on broader changes and also turned their focus on the pandemic.

The so-called business records, lone wolf and roving wiretap provisions are intended to help with counterterrorism and counterespionage cases.

They weren't connected to the Russia investigation, but the ongoing fallout from that imbroglio has complicated the politics and made "FISA" radioactive for many politicians.

A coalition in the Senate wanted to use the opening afforded by the then-impending FISA expiration to make more changes to federal surveillance practices in light of the Russia era.

Trump Hasn't Worn A Mask Publicly. Here's What Might Convince Him To

That meant amending an earlier House bill, which the Senate did earlier this month, requiring that House members concur. That set the stage for the vote scheduled on Wednesday — but the House bill now has additional amendments, which then would require another Senate vote.

Then Barr's veto recommendation — and apparent general opposition to the bill by Trump — suggested that more negotiations are likely in order before the Democrat-controlled House, Republican Senate and Trump can reach a consensus.

The president wrote on Tuesday that he hoped no Republicans in the House would support the FISA legislation there to send a statement about what he called government abuse.

I hope all Republican House Members vote NO on FISA until such time as our Country is able to determine how and why the greatest political, criminal, and subversive scandal in USA history took place!

In the meantime, the Justice Department has been left without the use of these national security tools.

There hasn't appeared to be much urgency about getting them back into effect. Members of Congress turned their attention to pandemic-relief earlier this year and then got into the intra-Capitol volleying over amending the FISA legislation.

Republican leaders on Wednesday made clear that they consider the House bill too problematic to go ahead in its present form and said they not only would oppose it, but they believed the Democratic majority should not go ahead with a vote.