Accessibility links
'Quaranzines' Document Life Under Lockdown During the coronavirus pandemic, the Internet has become home to a growing number of self-published "quaranzines" on everything from cutting your own hair to building emergency hand washing stations. 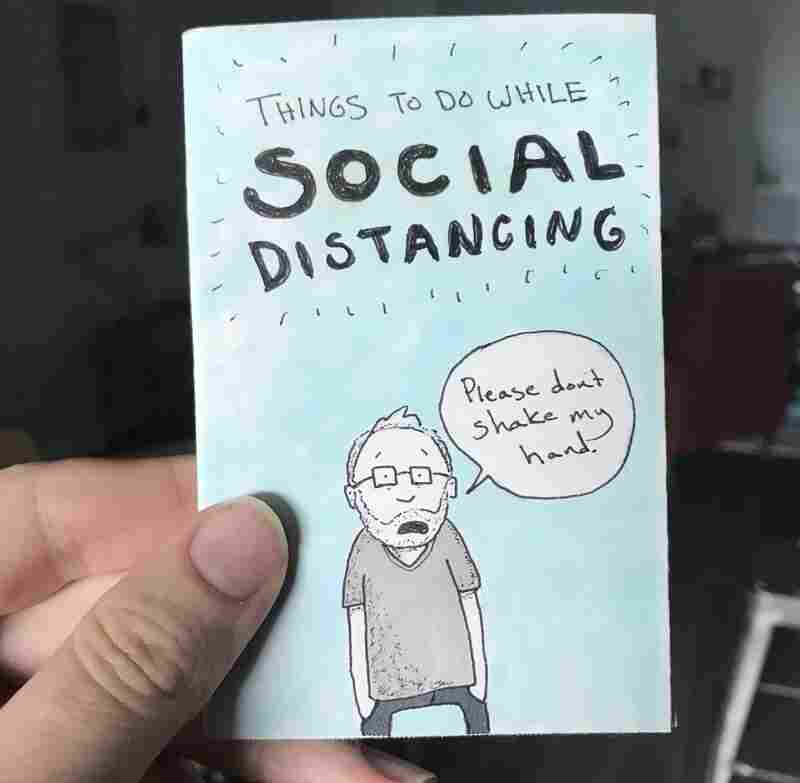 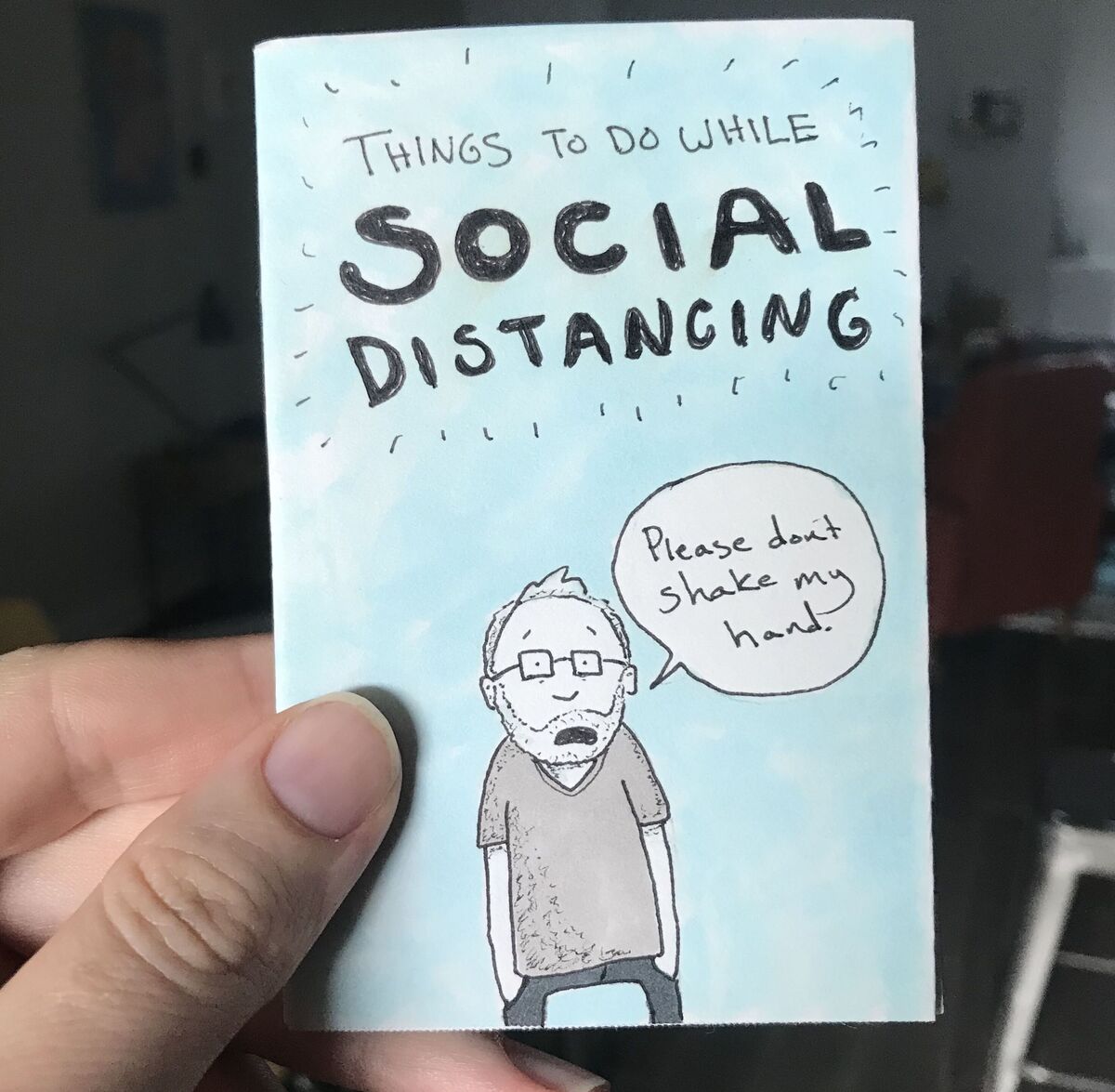 Long after the last loaf of sourdough bread is baked and the last quarantini is downed, there will be an archive of memories of life under quarantine in the form of online zines documenting the experiences of everyday people.

During the coronavirus pandemic, the Internet has become home to a growing number of these self-published chronicles, comics, and how-to guides for everything from cutting your hair to building emergency hand washing stations. Often published on Instagram with hashtags such as #quaranzine and #stayhomemakezines, they draw on a tradition first established in the 1930s, when self-published, hand-made "fanzines" provided a forum for sci-fi fans to reflect on the genre as well as the nature of fandom itself.

In the decades that followed, the Beats, the punks, and the Riot grrrl movement also turned to this medium — which eventually became known as the zine — because it cost virtually nothing to produce, and required few materials save for paper and pen. Self-published and small-scale, zines nevertheless gave voice to everyday people, linking personal experiences to the larger moment.

Today, one of those people is Shreveport, La., illustrator Kirk Reedstrom, who has been making zines since March, when Governor John Bel Edwards issued a statewide shelter-in-place order. "I would like people to see how surreal much of everyday life feels," says Reedstrom, who shares musings about everything from runs on celery at his local supermarket to the strange tan lines he's been getting on his daily walks. 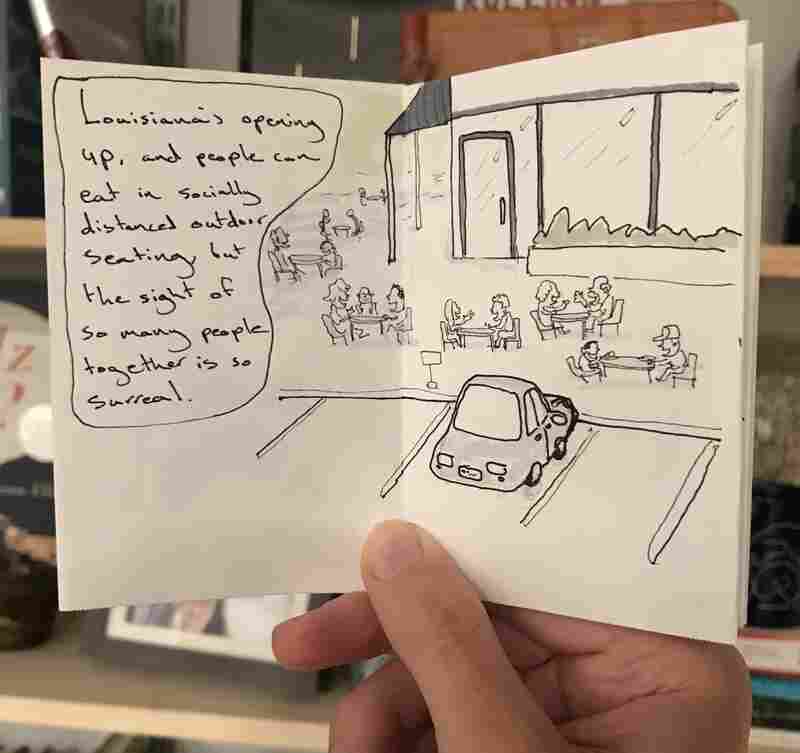 Salonee Bhaman of the Asian American Feminist Collective says Asian American Feminist Antibodies, the zine her New York-based organization co-authored with Bluestockings Bookstore, was a chance to showcase "how Asian American feminists are taking care of each other and responding to this crisis." She adds, "There's a bunch of stuff in there ... it's a real hodgepodge. We really tried to bring together a lot of writing responding to this crisis from a perspective of community care rather than fear or anger."

Jonathan Valelly is the editor of Broken Pencil, a Toronto-based magazine about zines, which is offering crowdfunded microgrants to support zinemakers in Canada and the U.S. He says he's not surprised to see print zines flourishing online, especially in these times of social distancing, "The zine culture is a lot about trading and collecting to reach others whom you know, but ideally who you don't know, and build those connections across distances, and across different lived experiences."

And quaranzines can also produce a more complete picture of our time, says Barnard College zine librarian Jenna Freedman. "In the future this story will be told by journalists, by historians, by people with influence. But that doesn't tell the full story," she says. "By inviting a range of people that don't have those kinds of platforms to contribute, we're making a better historical record."

Want to make your own quaranzine? Here's a video to get started, or try these instructions from NPR's Life Kit.