Accessibility links
Coronavirus Blocks Naturalization Ceremonies In Election Year An estimated 860,000 people were set to become citizens this year — with many also expected to become first-time voters. But the pandemic has put a temporary halt to naturalization ceremonies. 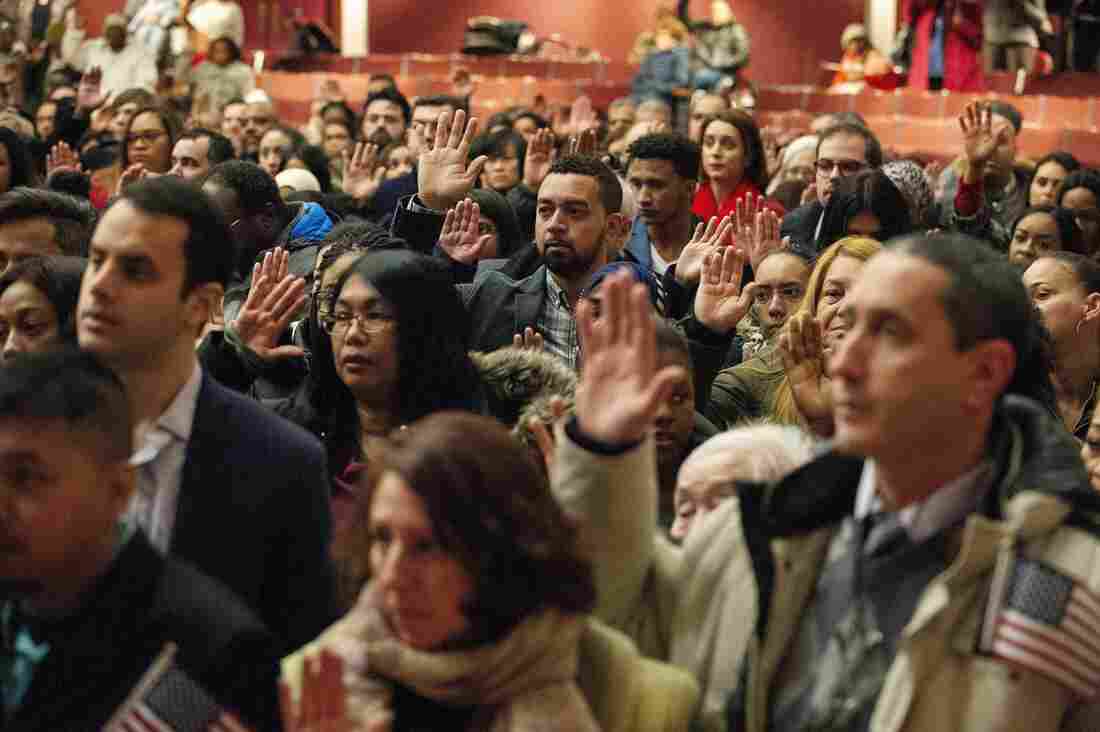 A 2019 naturalization ceremony in Lowell, Mass. The pandemic has put such ceremonies on hold in an election year when many new citizens vote for the first time. Joseph Prezioso/AFP via Getty Images hide caption 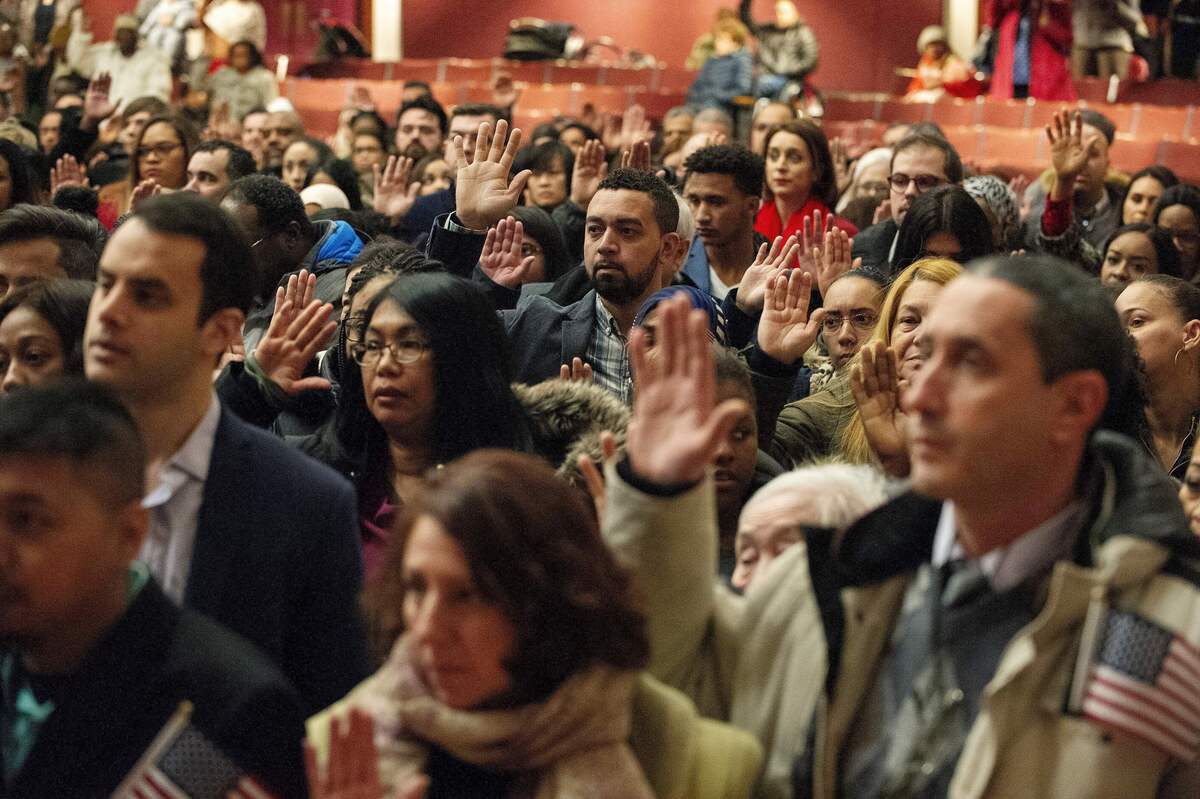 A 2019 naturalization ceremony in Lowell, Mass. The pandemic has put such ceremonies on hold in an election year when many new citizens vote for the first time.

Elizabeth Hernandez moved to the United States from Mexico almost 30 years ago and was days away from becoming an American citizen when her March 15 naturalization ceremony was canceled as a result of the coronavirus pandemic.

"It made me sad," said Hernandez, who lives in New Mexico. She hadn't thought much about becoming a citizen until this year because of the upcoming election. "I want to vote for a president who will improve the country."

Hernandez is one of hundreds of thousands of people who were scheduled to become naturalized this year. But naturalization ceremonies have been on hold during the coronavirus pandemic in this election year.

An estimated 860,000 people were set to become citizens — with many also expected to become first-time voters. The crimp in the pipeline of new citizens is one of a series of unexpected challenges that could reshape the electorate ahead of the November general election.

About a quarter of naturalized citizens live in Texas, Florida, Pennsylvania and Georgia, all potentially key states in the fall election, according to data from the U.S. Department of Homeland Security.

"It's not unprecedented and it is an option," said Diego Iñiguez-López of the National Partnership for New Americans.

In a statement, USCIS officials said there are requirements mandated by Congress that make it "logistically difficult for USCIS to administer naturalization oaths virtually or telephonically." In a subsequent statement, the agency said it has never conducted a virtual naturalization ceremony.

USCIS, which depends on fees levied on immigrants, is in the midst of a funding crisis and reportedly said it may have to furlough part of its workforce.

The newly naturalized "represent rising numbers of new American voters that have the power to sway the outcome of the upcoming presidential elections, midterm elections and governorships and state legislatures," Iñiguez-López said.

One out of every 10 eligible voters in the U.S. will be a naturalized citizen in 2020, said Mark Hugo Lopez of the Pew Research Center. He said new citizens who are Asian and Latino are more likely to turn out to vote, key demographics in this year's election.

"Most people who make the decision to become a citizen are oftentimes also somewhat more engaged than others in terms of wanting to get involved," Lopez said.

The temporary freeze in naturalization ceremonies has stymied the organizations that work to naturalize immigrants such as Hernandez and register them to vote after they take the oath of citizenship.

"It makes you very proud to be an American – and proud that you can be there on the spot to register them to vote at that moment after they are duly sworn in," said Annie Johnson Benifield of the Houston chapter of the League of Women Voters.

Benifield said she's able to register about 90% of the people in these ceremonies that day, far higher than any other voter registration event. The Houston area was scheduled to have 16 naturalization ceremonies in 2020.

"We have no idea how they are going to start structuring and scheduling them for the rest of the year," said Benifield, who hopes government officials come up with a plan soon that allows immigrants to become citizens safely and register to vote.

An earlier version of this story incorrectly stated that USCIS has administered virtual naturalization ceremonies in the past. The agency says it has never conducted a ceremony without the applicant being physically present.