Accessibility links
Travel Restrictions On Canadian Border Cut Back-And-Forth For Families, Businesses Since March, the U.S. has blocked nonessential travel along the U.S.-Canada border to limit the spread of COVID-19. But in northern Maine, the move cut off many longstanding social and economic ties. 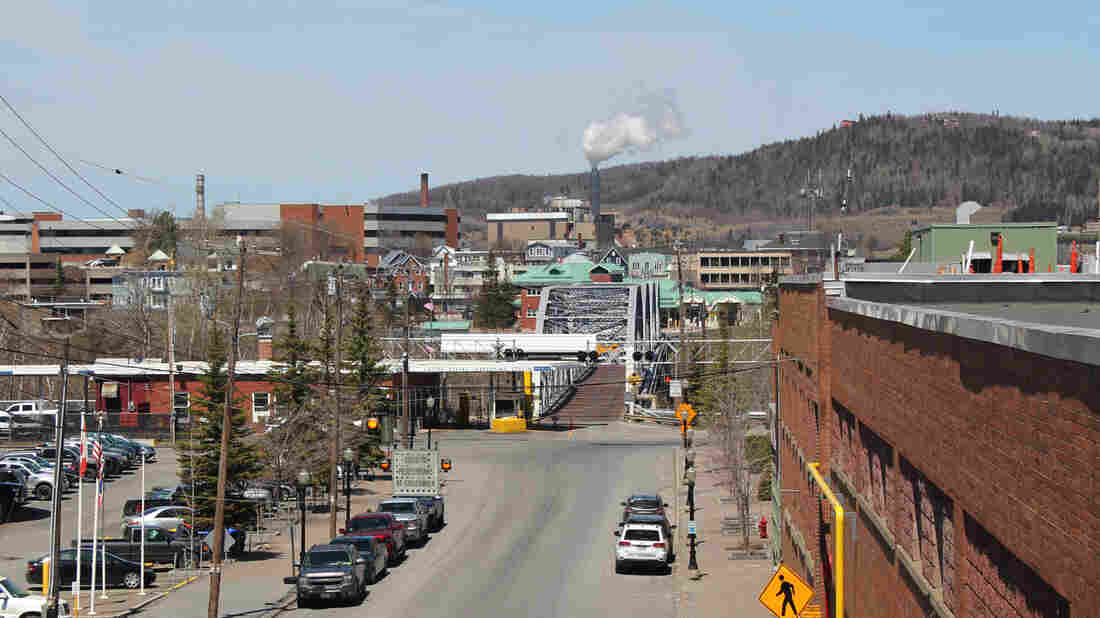 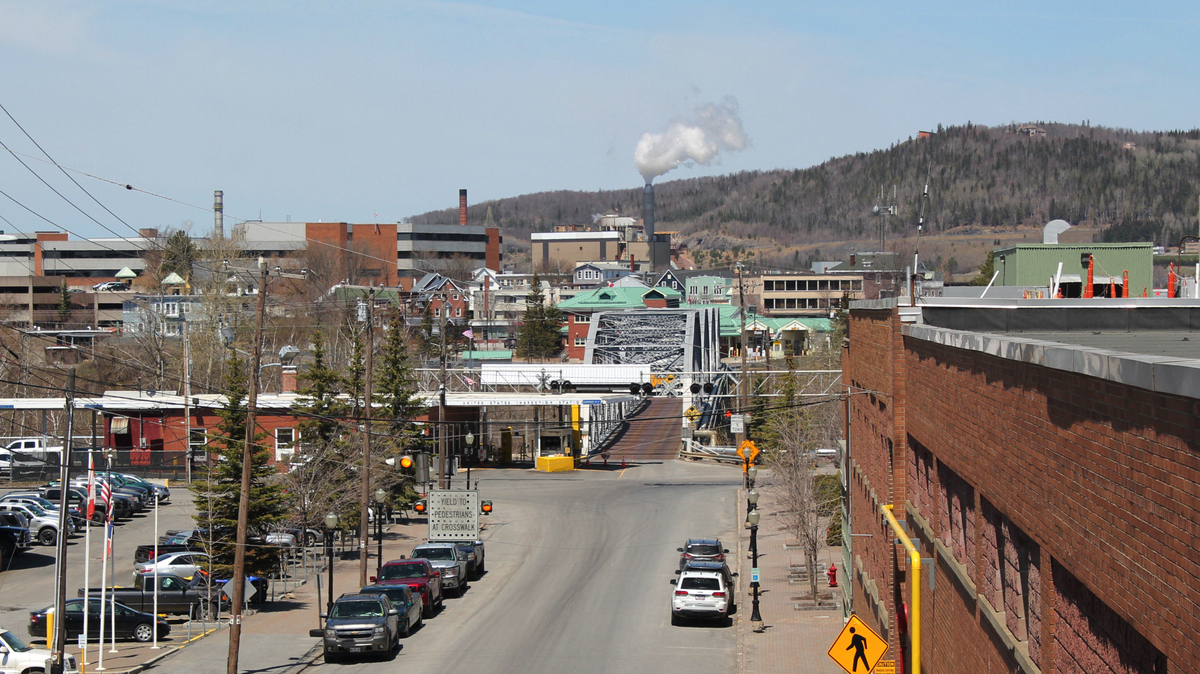 Madawaska-Edmundston International Bridge connects Madawaska, Maine and Edmundston, New Brunswick, Canada. With visits from Canadian customers having evaporated, many businesses in Madawaska, including gas stations and convenience stores, have been hit hard.

Gary Theriault hops off his motorcycle and walks into the Tastee-Freez, a roadside ice cream and takeout stand just a short hop from the Canadian border, in Madawaska, Maine.

As he waits for his milkshake, Theriault peers across the St. John River towards Edmundston, New Brunswick. He says the two communities have long been linked by their heritage and connected economies.

Since the 1970s, the population in Madawaska has fallen to less than 4,000 as the local paper mill has laid off workers. But residents say the town's relationship with its Canadian neighbors has helped keep business alive. Locals say Americans go to Edmundston to see family, gamble at the casino, or get a haircut. Canadians come to Madawaska for the cheaper gas and milk.

But most of those visits came to a halt in March, when the U.S. and Canada blocked nonessential travel across the border, temporarily separating many of the cultural, historic and economic ties linking many border communities.

Theriault says he can still cross to get parts for his garage door businesses. But other travel, like to see family, has stopped.

"So I was crossing every day. I was residing there, and working here," he says. "Then when the decision came, that they were closing the borders, because my business is probably 95% in the states, we made the decision at that time to stay here until things can iron themselves out."

Many businesses in Madawaska, including gas stations and convenience stores, were hit hard when visits from Canadian customers evaporated.

"Probably 60% of my business is Canadians. So when they closed the bridge down...we let our workers go," says Tim Lausier, a part-owner of Bob's Service Center, a gas station about a mile from the border crossing.

"So it's just my sister and I working the store now. And it's been like that for two months. And it looks like it's going to be like that for another month. And I've lost, probably, 2,500 people coming through the door a week."

Lausier says he understands the need to maintain restrictions and protect public health. But he worries that even if the border does reopen soon, "people are going to be scared to come over here," he says. "I don't think it'll be back to normal. It might take five or six years, I think."

The concerns have led some local business owners — and even a state legislator in Maine — to push for the federal government to reopen parts of the border. But federal officials have said the border will remain closed to non-essential travel until at least June 22nd, and won't be permitted until the administration is "convinced that doing so is safe and secure."