Accessibility links
China's Legislature Moves To Assert Authority Over Hong Kong The National People's Congress authorized lawmakers to draft and enact a national security law aimed at suppressing dissent in Hong Kong. The U.S. says it means the end of the city's sovereignty. 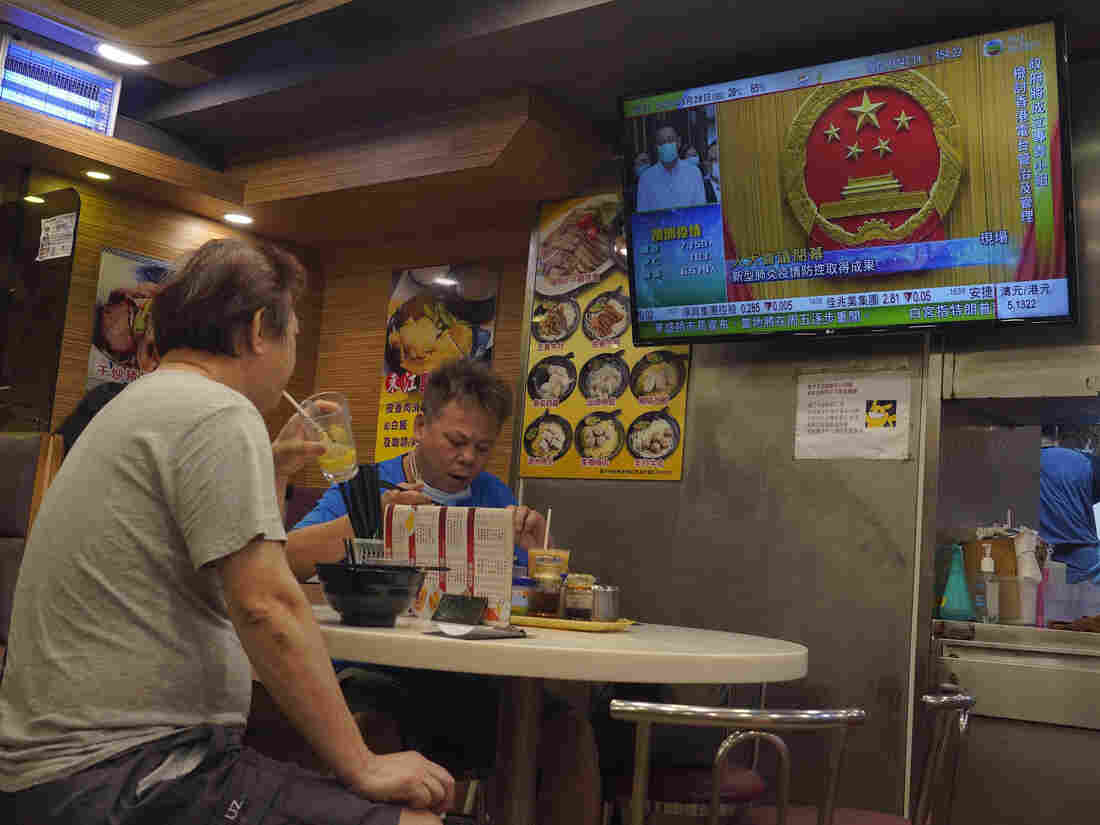 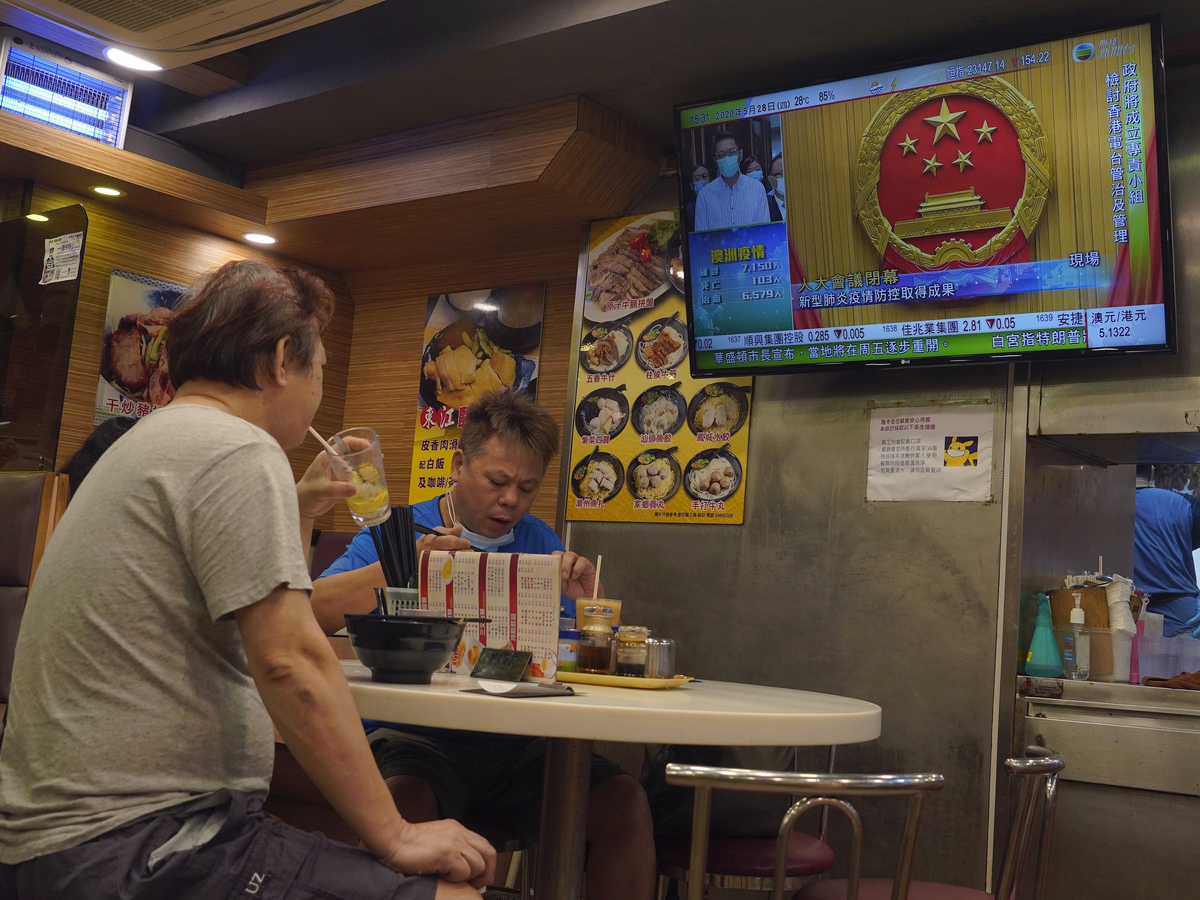 The closing session of China's National People's Congress plays on a television in a Hong Kong restaurant Thursday.

China's National People's Congress, the nation's rubber-stamp legislature, authorized a committee on Thursday to draft and enact a national security law that asserts the mainland's authority over the former British colony.

The law, likely to take effect as early as June, would authorize the mainland to prevent "secession, subversion, terrorism and foreign interference" in the semi-autonomous city.

Pro-democracy activists in Hong Kong say it effectively brings to an end the "one country-two systems" agreement China reached with the United Kingdom when the colony reverted to Chinese control in 1997.

The vote — 2,878-1 with six abstentions — was greeted with prolonged applause in the Great Hall of the People in Beijing.

On Wednesday, Secretary of State Mike Pompeo informed Congress that the U.S. administration no longer views Hong Kong as autonomous from the mainland, a first step toward ending the city's unique trade status. Hong Kong is now exempt from U.S. trade restrictions applied to Beijing.

The U.S. decision could endanger Hong Kong's long reign as a global financial center, a position it enjoys in large part because of its independent judiciary and freedom from Beijing's centrally planned economy.

More than 300 protesters were arrested in Hong Kong on Wednesday in advance of the vote in Beijing. Under the 1997 treaty between China and Great Britain, Hong Kong's Legislative Council has sole authority to govern the city until 2047, the 50th anniversary of the handover.