Accessibility links
Texas Says Coronavirus Is Not A Good Enough Reason To Vote By Mail Even as many other states expand mail-in voting due to the pandemic, Texas officials say they may prosecute voters who ask for an absentee ballot because they're scared of going to the polls. 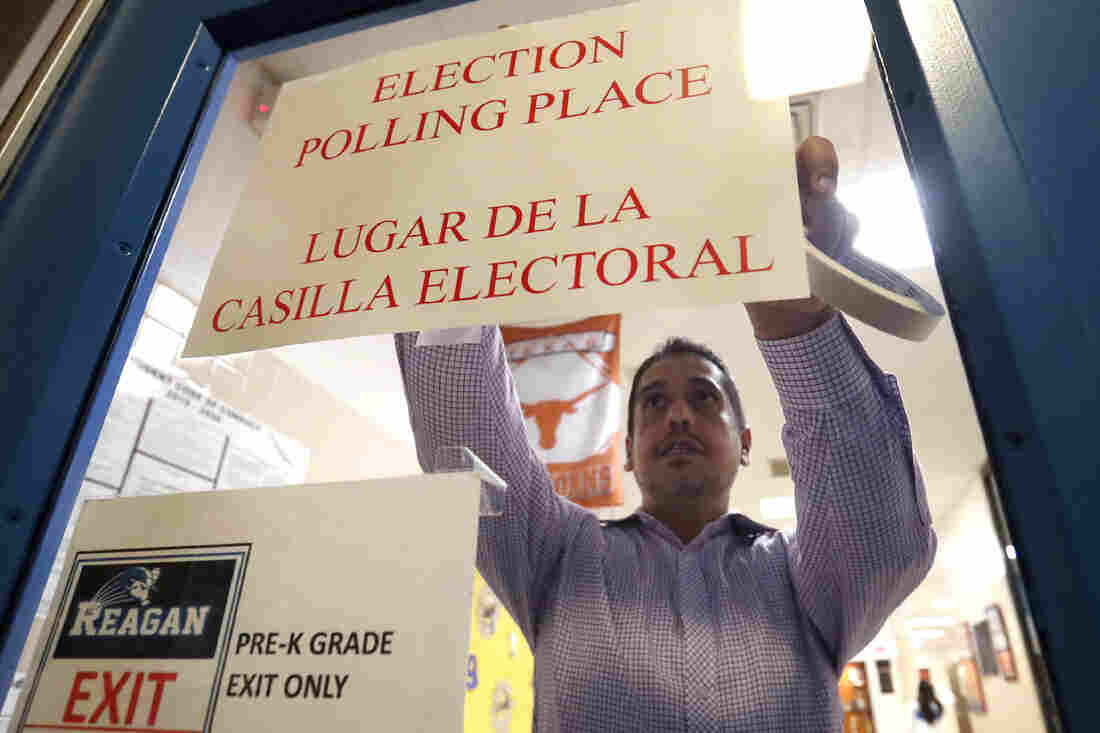 An election worker in Dallas setting up a polling place ahead of the March 3 in Texas. Texas officials are resisting efforts to expand mail-in voting due to the pandemic and insisting that voters cast ballots in person in upcoming elections. LM Otero/AP hide caption 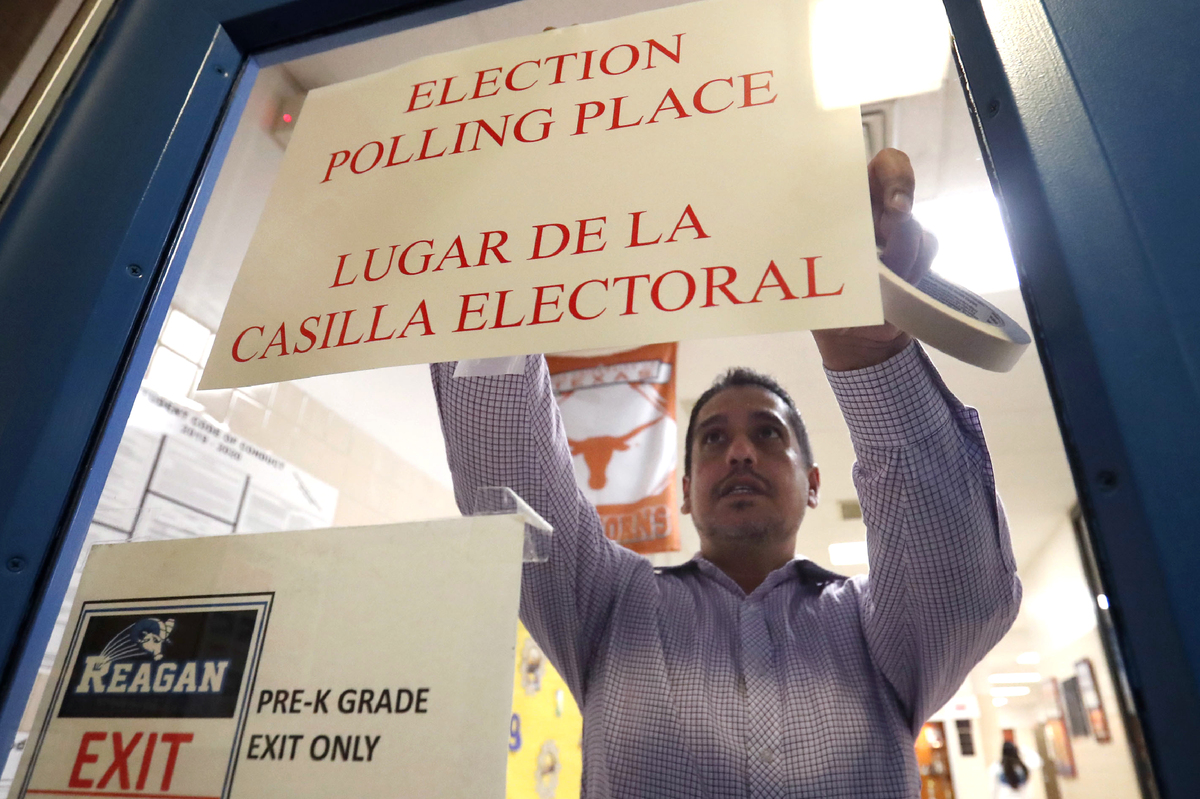 An election worker in Dallas setting up a polling place ahead of the March 3 in Texas. Texas officials are resisting efforts to expand mail-in voting due to the pandemic and insisting that voters cast ballots in person in upcoming elections.

In an effort to keep voters safe, states of all political complexions are finding ways to expand access to mail-in ballots as a result of the coronavirus pandemic.

And after a series of often-contradictory court orders over the past month, it's still unclear whether more Texans will be able to use mail-in ballots during upcoming elections in July and November.

There are currently multiple legal challenges to those policies working through various state and federal courts. Lower court judges have ordered the state to allow voters greater access to mail-in ballots during the COVID-19 pandemic. Higher courts have routinely overturned those orders – often a day or two later.

The most recent legal decision, made by the Texas Supreme Court on Wednesday, said lack of immunity to the virus was not sufficient grounds for requesting a mail-in ballot.

The legal battles come as President Trump and his allies are seeking to limit the use of mail-in voting, arguing with that the practice is more likely to lead to fraud. Years of studies and research indicate fraud in American elections is extremely rare. Multiple polls show that more than 60% of American voters would like access to mail-in ballots due to the pandemic.

Democrats accuse Republicans of trying to minimize voter turnout because of the belief that Democratic voters would be less likely to cast a ballot in person than GOP supporters.

While courts sort out the legal matter, voters like Leslie Riddel say they are doing what they can to make sure they can safely vote in upcoming elections.

"I just know that my health risk will be increased if I go vote [in person]," Riddel, a 62-year-old former smoker who lives in Austin, said. She applied for a mail-in ballot several weeks ago.

Some of the legal disputes are currently over whether voters who are not immune to COVID-19 – which would include almost everyone – qualify for a mail-in ballot under the disability category.

According to the Texas election code, "disability" means "a sickness or physical condition that prevents the voter from appearing at the polling place on election day without a likelihood of needing personal assistance or of injuring the voter's health."

Riddel said she read the election code, weeks before the onslaught of court orders, and was convinced she qualified and decided she wasn't going to vote in-person while the coronavirus continued to spread throughout the state.

"That is injurious to my health," she said. "And that's how I see it."

In most states, polling places are indoors. Voters spend time waiting in line and touching equipment used by others, all factors that could increase the risk of contracting the virus. Wisconsin officials say at least 71 people who went to the polls in person during that state's controversial election last month were later diagnosed with COVID-19. 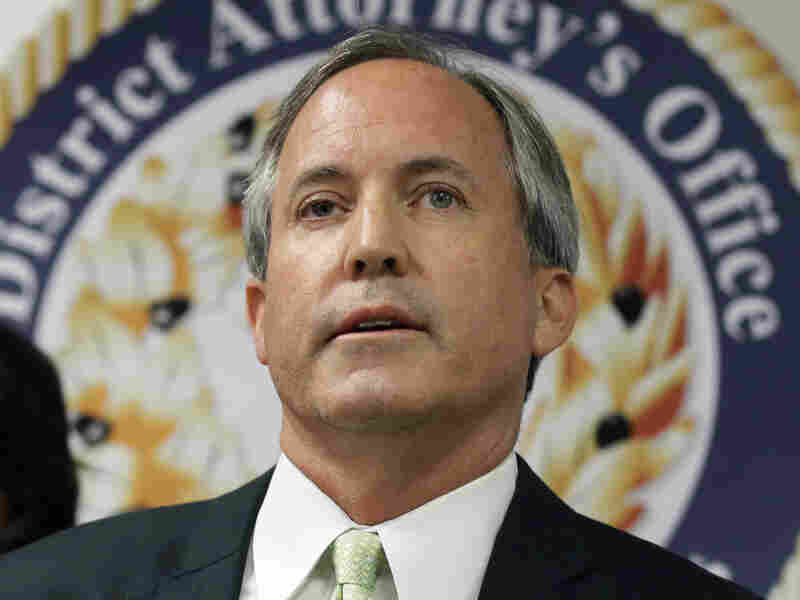 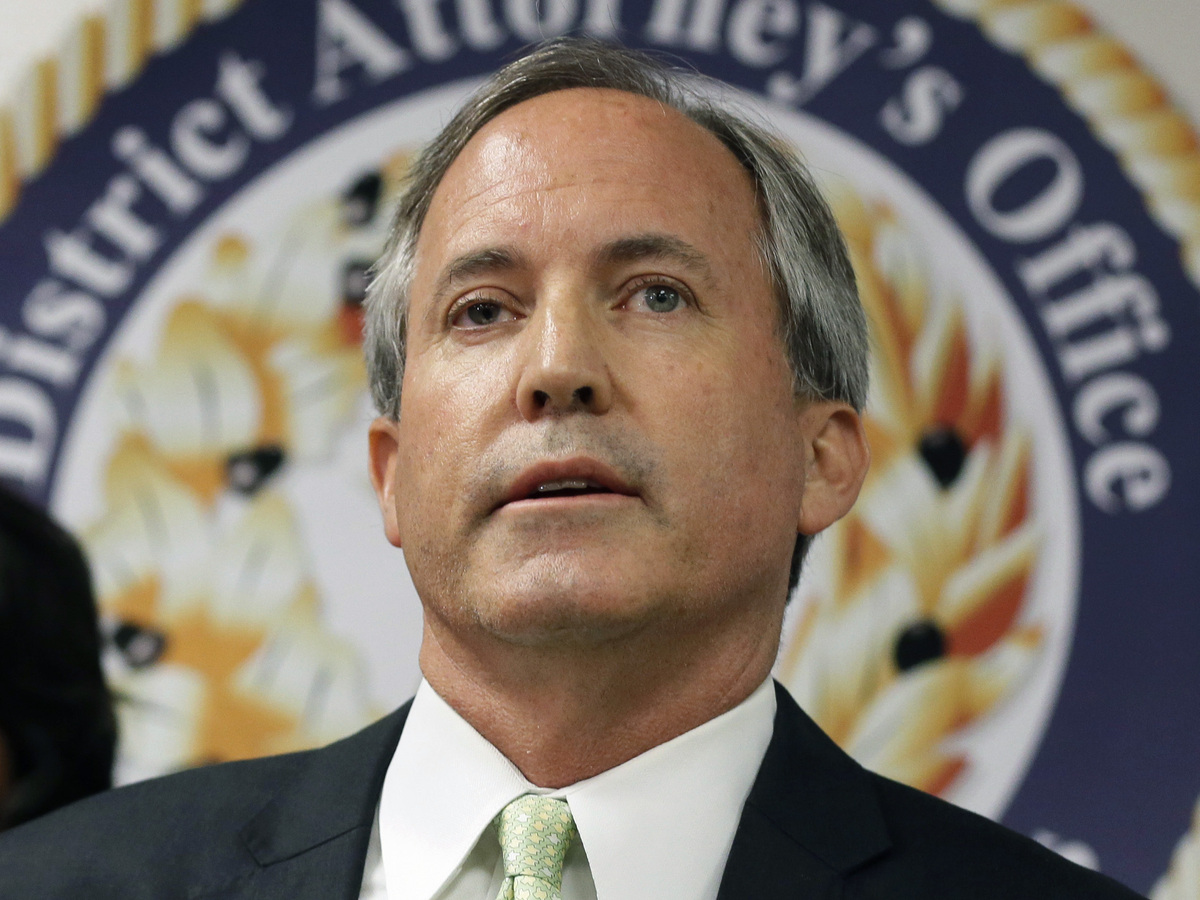 Texas Attorney General Ken Paxton says he could prosecute voters who improperly request absentee ballots due to the coronavirus pandemic.

Texas Attorney General Ken Paxton has said in statements that "fear of contracting COVID-19 does not amount to a sickness or physical condition as required by state law." He also said that his office would prosecute people for voter fraud if they use a mail-in ballot in a matter he said is improper.

"We have to trust voters to do the right thing," Paxton said, "obviously if we found out someone has voted by mail and they have done it fraudulently, my job — just like the Michigan Secretary of State prosecuting voter fraud — my job is exactly the same."

Paxton has a long history of prosecuting voters of alleged voting crimes in the state, which critics have said is an effort to intimidate voters.

"It's in line with Attorney General Ken Paxton's overall view that it should be harder and scarier to vote," he said.

Buser-Clancy said voters who are not sure whether they are able to vote by mail should talk to their local election officials.

But those officials are also limited in terms of what they can do.

Jennifer Anderson, the elections administrator for Hays County south of Austin, said that by law, she has to grant a mail-in ballot to anyone who fills out a form for one. The law doesn't permit election officials to decide whether a voter qualifies for a mail-in ballot.

All the recent court orders haven't made her work "that much different" and Anderson said it's up to voters to "assess their own circumstances."

"So, if somebody selects the qualification of 'disability,' they don't have to explain to us why they made that qualification," Anderson said.

Anderson said she's been hearing from a lot of confused voters in the past few weeks. In the meantime, she is preparing for an uptick in mail-in ballot applications ahead of the next elections.

In Travis County, where Austin is, demand for mail-in ballots is "off the charts," according to county clerk Dana DeBeauvoir, who said "It doesn't compare to anything," that she's seen before.

It's not clear if Paxton actually has the authority to prosecute voters who seek an absentee ballot to avoid coming into contact with the coronavirus.

"Bring it on," she said. "He can prosecute me and I will stand my case. I feel I am in the right."