Accessibility links
Learning Through Video Games Doesn't Have To Be Dull Our video gaming columnist says she was a reluctant student as a child — but video games, even non-educational ones like the Assassin's Creed series, helped her get interested in learning.

Video Games Don't Have To Be Educational To Spark Learning

Video Games Don't Have To Be Educational To Spark Learning 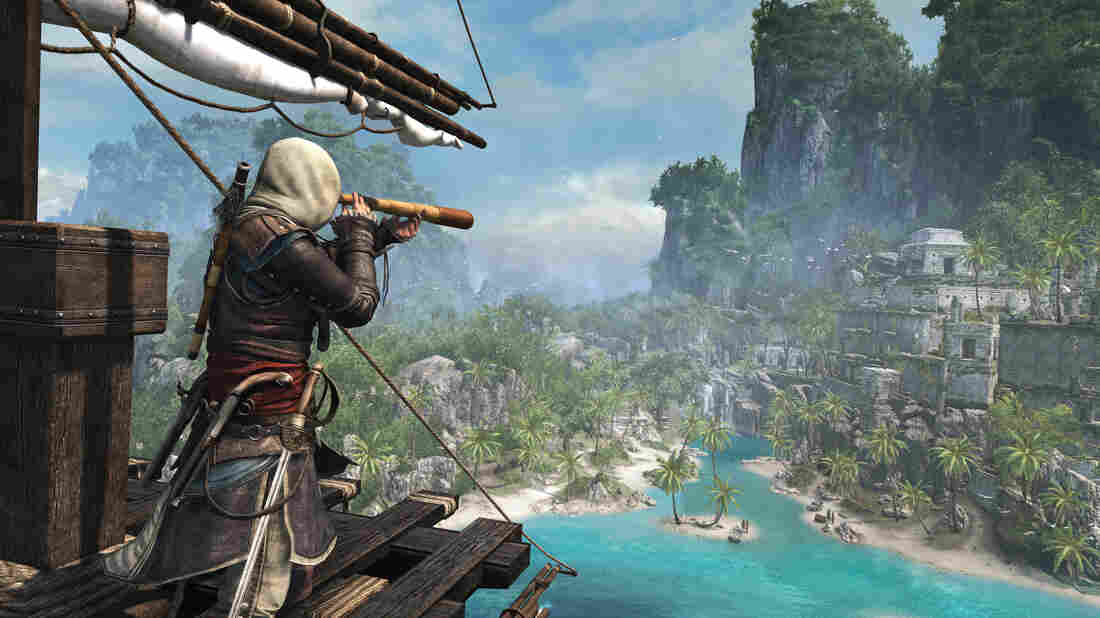 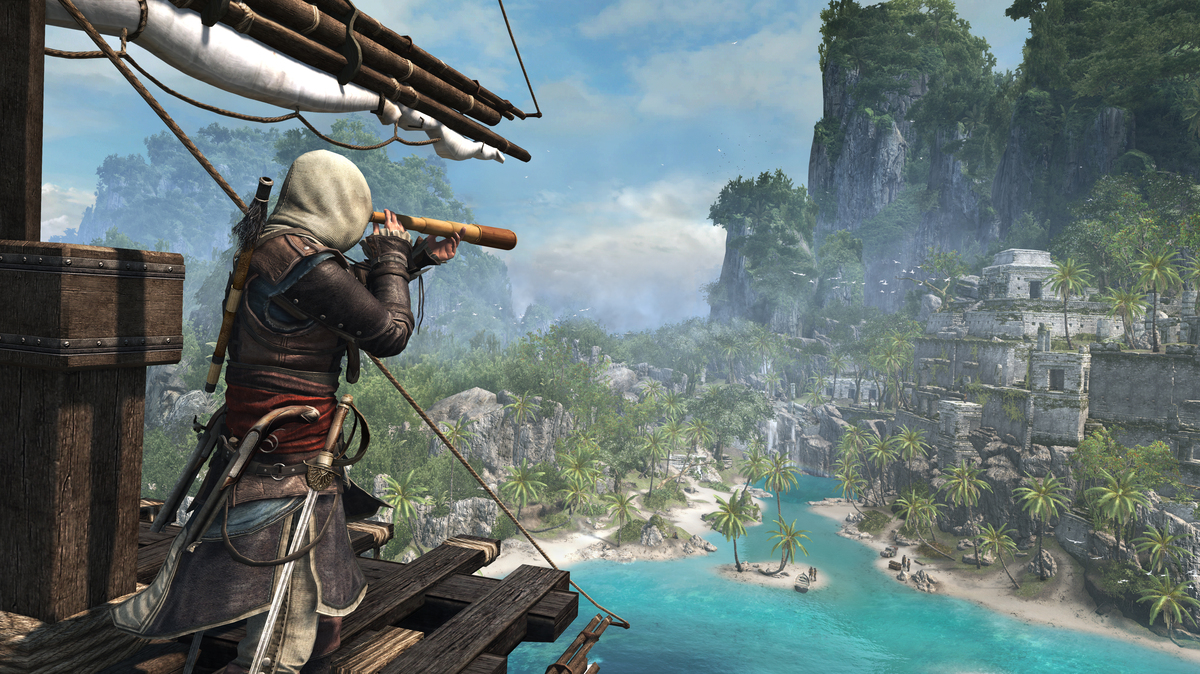 When I was in high school, the best way I could describe myself was as a parent's worst nightmare: I didn't care about my education, didn't do homework, and was known to sleep in class. My SAT score was so bad that I still don't know how I did! My very frustrated mom threw that letter in the trash.

I had my reasons for why I didn't do my best, but teenagers and kids today are dealing with a global pandemic on top of their own reasons. Even if they have access to a computer and stable WiFi for online schooling, which many children don't have, this is a tough time to remain motivated to learn.

While I have never loved reading endless pages of a textbook, one thing I've always loved is video games.

When I was a teenager playing Ubisoft's Assassin's Creed series, I definitely wasn't looking to learn things. But with 11 main AC games all set during different times and places in history — like ancient Egypt, Greece, and America during the Revolutionary War — I was bound to learn something, even if just by accident. And I definitely did.

One day, my history teacher passed out blank maps of the Caribbean. Surprise: It was a quiz I had forgotten about. We had to label countries and major cities. Luckily, I'd been playing a lot of Assassin's Creed: Black Flag, set in the Caribbean during the golden age of piracy in the early 18th century. So I was able to draw on my life as a pirate to fill in the map, and I got an A.

I think that if you're able to get your head around it, video games — even the non-educational kind — can help kids get interested in learning something. It worked for me — when I was seven, I learned to multiply quickly through a purely educational game called Treasure Mountain!, which had me solving math problems to progress up a mountain and collect treasure in a neverending loop. And then, of course, there was Assassin's Creed.

Ubisoft leaned into AC's educational potential, with very cool results. They did a lot of research to recreate Ancient Egypt in AC: Origins and Ancient Greece in AC: Odyssey, and they released an educational discovery tour for each game that lets you look around the environment with no violence, enemies, or time constraints.

You can learn about the Olympic Games, and how Sparta trained its soldiers in ancient Greece, with real historical figures acting as your tour guides. Or jump over to ancient Egypt to check out mummies and climb on the pyramids. There are also points of interest scattered around the map if you want to do some extra reading. The tours are free with the purchase of a base game, but you can also buy them separately.

Obviously, Assassin's Creed can't teach you everything you need to know about the ancient world — but the games do make that world come alive for people who are reluctant to learn, like I was.

If you're looking for some other options, both Minecraft and Roblox are incredibly popular with kids of any age, and they're currently offering free educational resources. (The regular Minecraft game does cost money. Roblox is mostly free, but offers microtransactions.)

Minecraft: Education Edition — previously available only to schools and educators — is free for everybody with a student email until at least June 30, and features over 500 pre-made lesson plans for things like coding, history, English, and much more. For example, there is a lesson plan on how to write clear instructions for in-game actions, and another that lets kids learn about slopes by building a roller coaster.

Then there is Roblox, a popular game creation platform with over 100 million monthly players that's especially popular among kids and teenagers. It's a way to create your own games and worlds, and check out what other players have made. Roblox is great for absolute beginners, and it lets kids learn how to make a lot of different game genres, including a battle royale, an adventure game, and arcade games.

Roblox also provides free resources and support for kids to learn coding and game design skills. The company also has instructions for teachers who might want to use it in class.

Take advantage of these things! Learning during a global pandemic should be as enjoyable as possible. I wish these had been available when I was in middle school and high school. Maybe I would've wanted to pay attention!