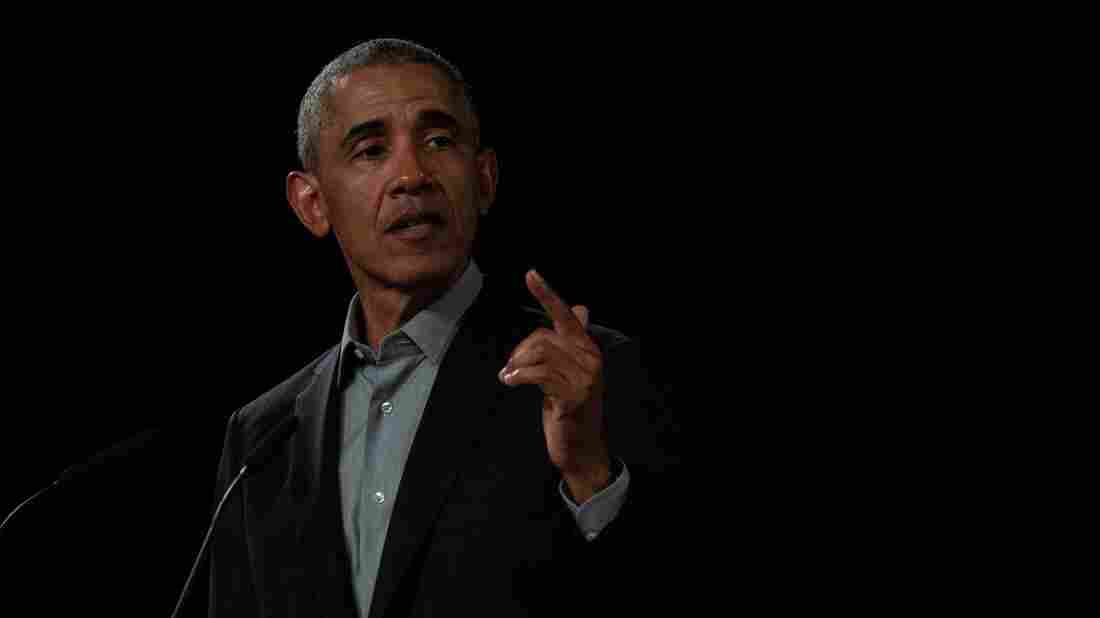 Former President Barack Obama, pictured at a town hall in Berlin in April 2019, has released a statement on the death of George Floyd, who died in police custody in Minnesota. John MacDougall/AFP via Getty Images hide caption 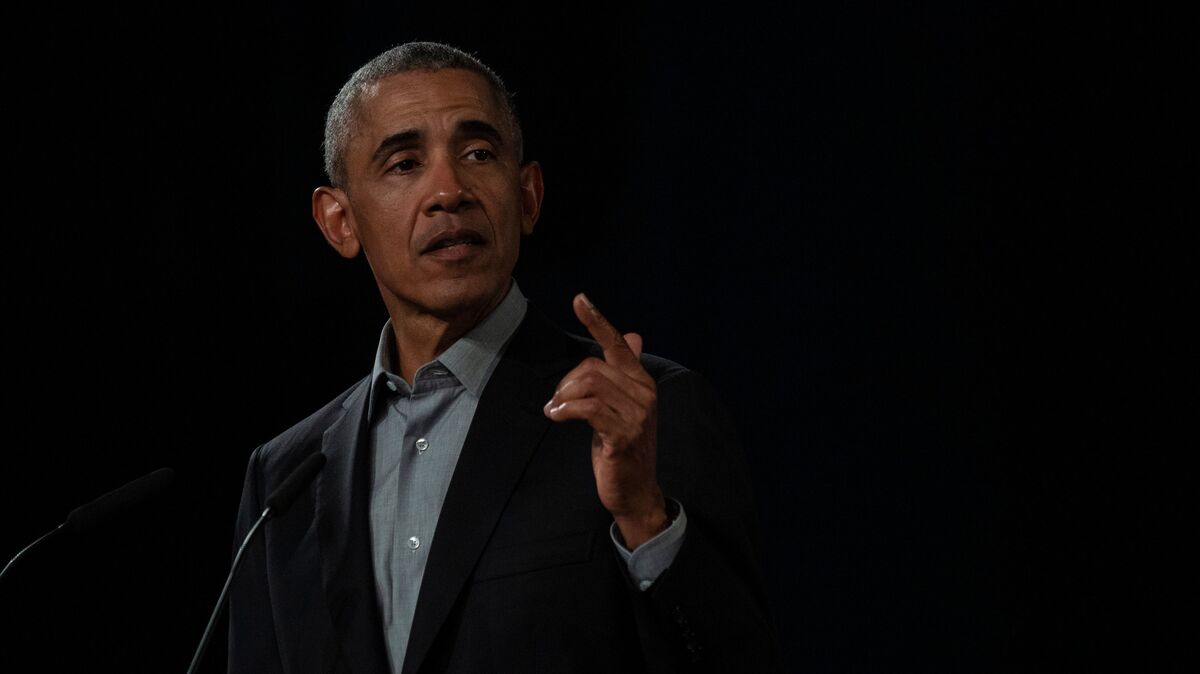 Former President Barack Obama, pictured at a town hall in Berlin in April 2019, has released a statement on the death of George Floyd, who died in police custody in Minnesota.

Former President Barack Obama says he shares the "anguish" that many feel about George Floyd, a black man who died in police custody in Minnesota.

Floyd's death has sparked days of protests in Minneapolis. President Trump blamed the unrest on "thugs" in a tweet that was later hidden by Twitter for "glorifying violence."

Read Obama's full statement below, including a reference to a viral video of a song by Keedron Bryant, who pleads, "I just want to live, God protect me."

I want to share parts of the conversations I've had with friends over the past couple days about the footage of George Floyd dying face down on the street under the knee of a police officer in Minnesota.

The first is an email from a middle-aged African American businessman.

"Dude I gotta tell you the George Floyd incident in Minnesota hurt. I cried when I saw that video. It broke me down. The 'knee on the neck' is a metaphor for how the system so cavalierly holds black folks down, ignoring the cries for help. People don't care. Truly tragic."

Another friend of mine used the powerful song that went viral from 12-year-old Keedron Bryant to describe the frustrations he was feeling.

The circumstances of my friend and Keedron may be different, but their anguish is the same. It's shared by me and millions of others.

It's natural to wish for life "to just get back to normal" as a pandemic and economic crisis upend everything around us. But we have to remember that for millions of Americans, being treated differently on account of race is tragically, painfully, maddeningly "normal" — whether it's while dealing with the health care system, or interacting with the criminal justice system, or jogging down the street, or just watching birds in a park.

This shouldn't be "normal" in 2020 America. It can't be "normal." If we want our children to grow up in a nation that lives up to its highest ideals, we can and must be better.

It will fall mainly on the officials of Minnesota to ensure that the circumstances surrounding George Floyd's death are investigated thoroughly and that justice is ultimately done. But it falls on all of us, regardless of our race or station — including the majority of men and women in law enforcement who take pride in doing their tough job the right way, every day — to work together to create a "new normal" in which the legacy of bigotry and unequal treatment no longer infects our institutions or our hearts.