Accessibility links
Biden On George Floyd: 'The Very Soul Of America Is At Stake' The presumptive Democratic presidential nominee called on the nation to better empathize with the pain of black Americans in the wake of the death of the black man by a white police officer. 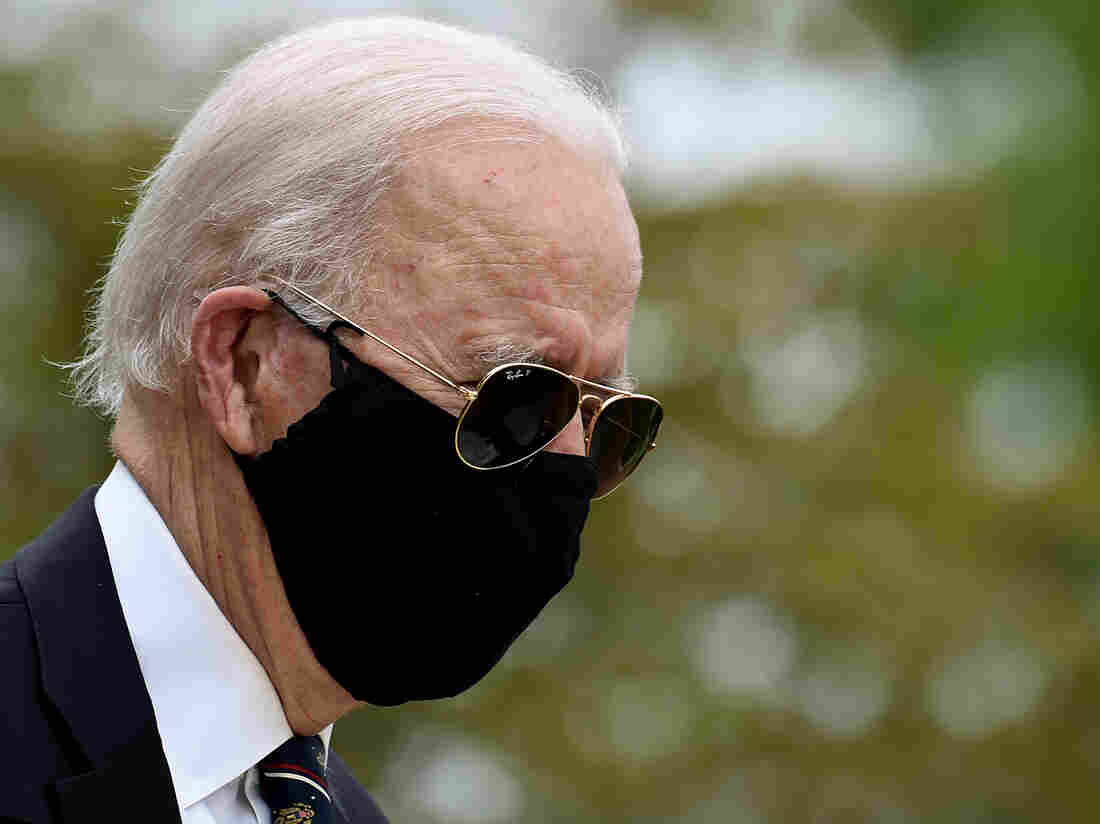 Democratic presidential candidate Joe Biden, at Delaware Memorial Bridge Veterans Memorial Park earlier this month, spoke from his home in Delaware where he has been during the coronavirus pandemic. Olivier Douliery/AFP via Getty Images hide caption 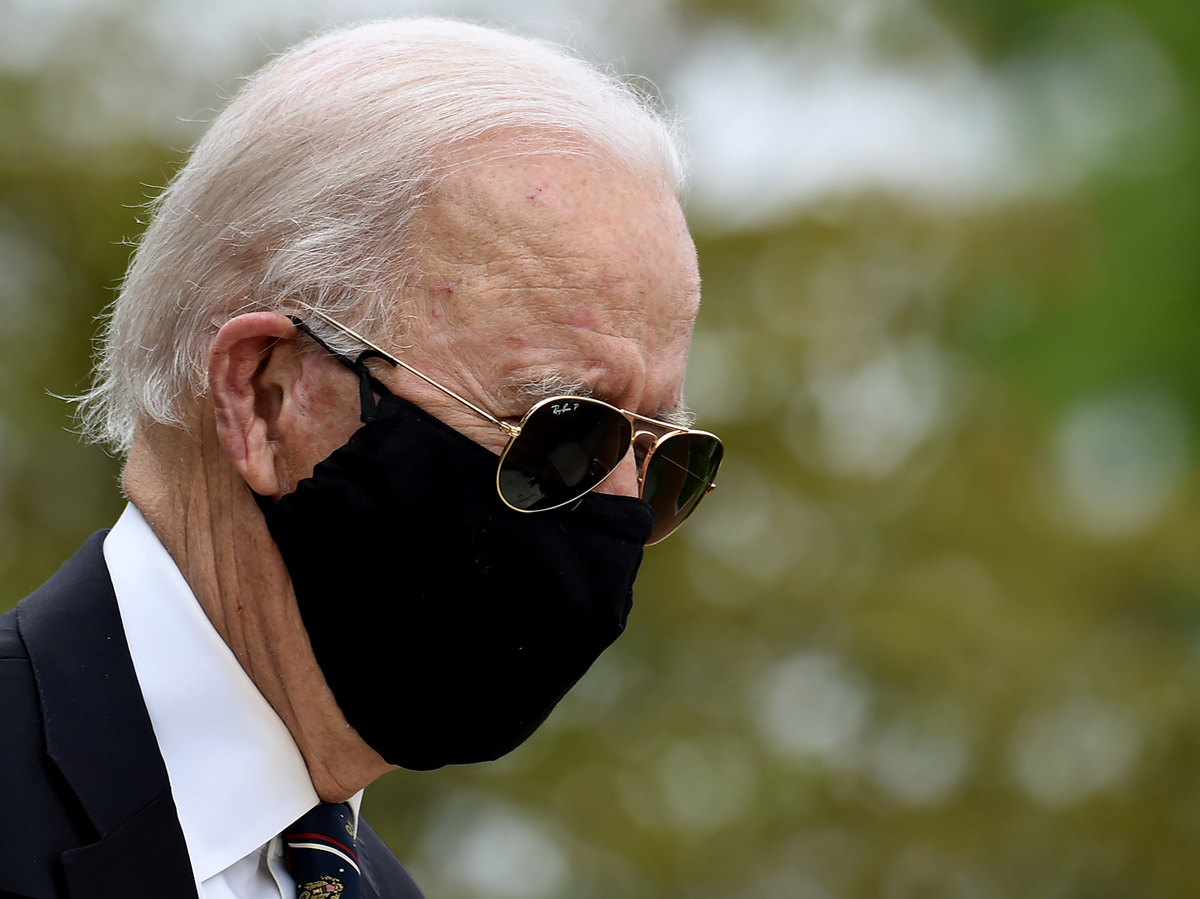 Democratic presidential candidate Joe Biden, at Delaware Memorial Bridge Veterans Memorial Park earlier this month, spoke from his home in Delaware where he has been during the coronavirus pandemic.

Joe Biden, the presumptive Democratic nominee for president, described the killing of George Floyd, a black man who died after police pinned his neck to the ground for several minutes, as an "act of brutality."

"Once again — the words 'I can't breathe.' An act of brutality so elemental, it did more than deny one more black man in America his civil rights and his human rights. It denied his very humanity. It denied him of his life," Biden said Friday.

Biden, speaking from his home in Delaware where he has been during the coronavirus pandemic, said the incident should be a moment of reckoning for the nation. Biden said he had spoken with the Floyd family, describing them as a "close, decent, honorable family."

Joe Biden remarks on the killing of George Floyd.

"The pain is too immense for one community to bear alone. I believe it's the duty of every American to grapple with it and grapple with it now," Biden said via livestream.

"With our complacency, our silence, we are complicit in perpetuating these cycles of violence. Nothing about this will be easy or comfortable, but if we simply allow this wound to scab over once more without treating the underlying injury, we'll never truly heal. The very soul of America is at stake."

Biden's tone contrasts that of his rival for the 2020 White House, President Trump, who criticized Floyd's killing but, in an ultimately censored tweet, on Friday appeared to threaten violence against those protesting the incident.

"These THUGS are dishonoring the memory of George Floyd, and I won't let that happen. Just spoke to Governor Tim Walz and told him that the Military is with him all the way. Any difficulty and we will assume control but, when the looting starts, the shooting starts. Thank you," Trump wrote, echoing a racist phrase said by a white Miami police chief in the 1960s. Trump later tweeted that his "expression" meant shootings amid the protests, not by authorities.

Biden, without directly naming Trump, criticized the president's tact, saying in his Friday remarks: "This is no time for incendiary tweets. It's no time to incite violence. This is a national crisis, and we need real leadership right now."

The former vice president had earlier tweeted "Enough," seemingly in response to the events unfolding in Minneapolis.

"I will not lift the President's tweet. I will not give him that amplification. But he is calling for violence against American citizens during a moment of pain for so many. I'm furious, and you should be too," he wrote in a separate tweet.

In a statement on Friday afternoon, the Trump campaign accused the media of "twisting" the president's word.

"The media, Joe Biden, and the Democrats pounced, purposefully misrepresenting what the President had said, and showing once again that they are incapable of resisting their base impulse of dividing Americans, solely for the purpose of political gain, ratings, and cable news profit," Trump's campaign manager Brad Parscale said.

Floyd's arresting officer was charged with murder and manslaughter on Friday.