Accessibility links
George Floyd And Derek Chauvin Were Once Co-Workers, Report Says Maya Santamaria tells KSTP that Chauvin "had a real short fuse" as an off-duty officer for her club, saying he often pulled out mace and pepper spray when she thought it was unwarranted. 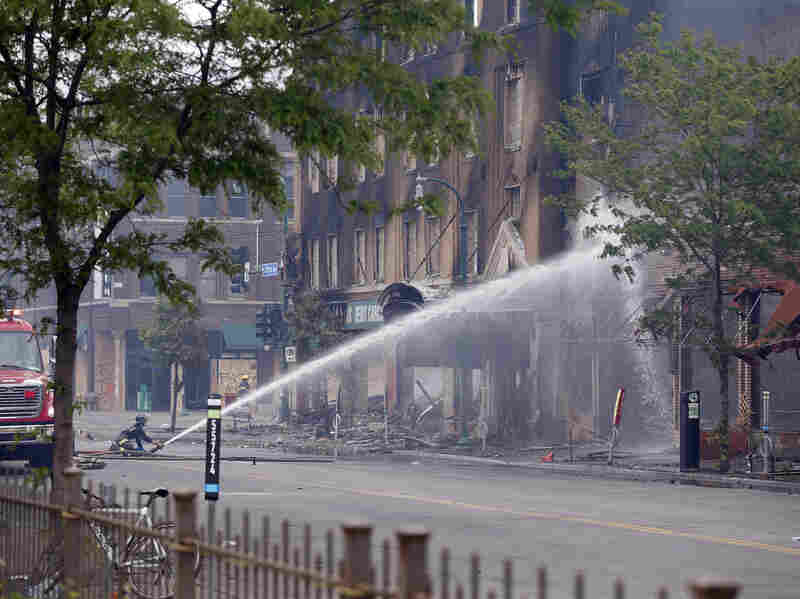 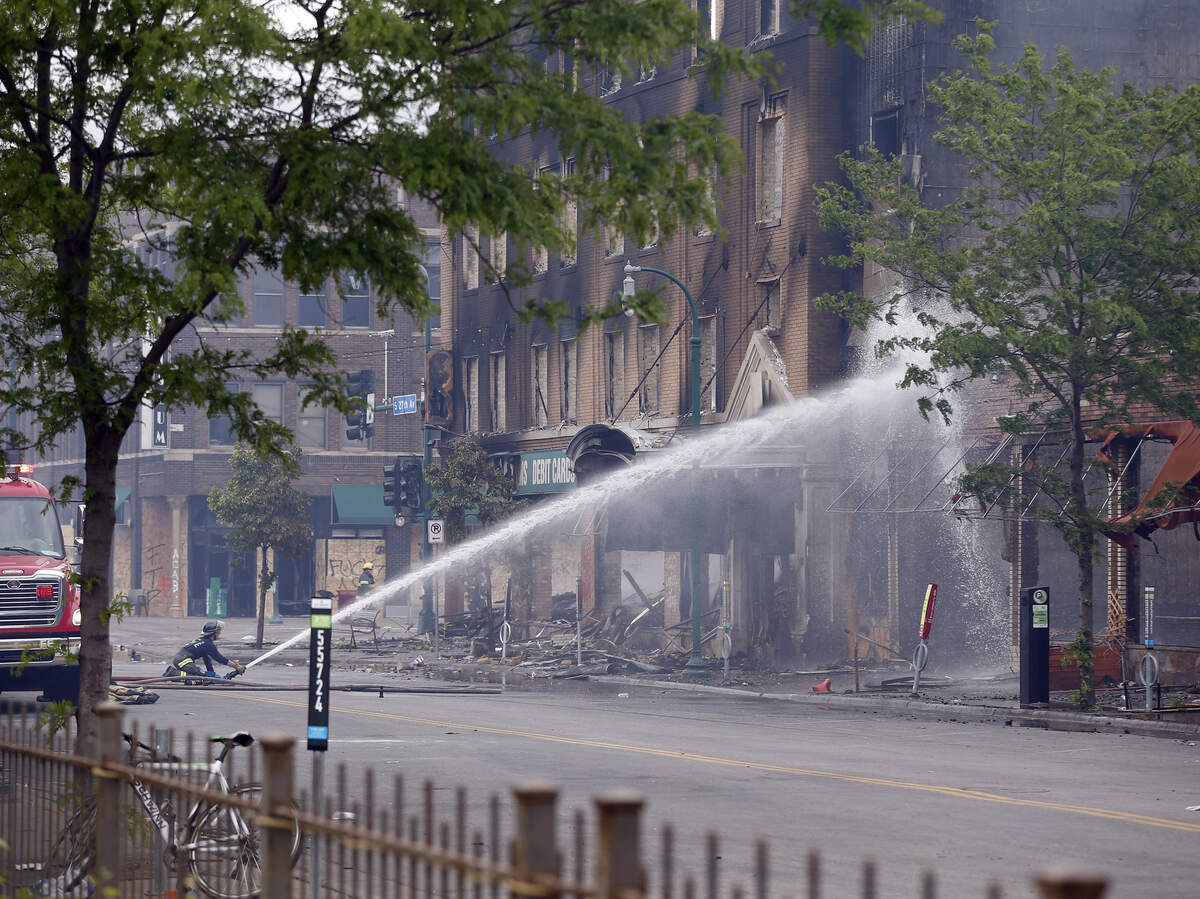 A firefighter directs water on a building that houses El Nuevo Rodeo, a club where George Floyd and Derek Chauvin both worked at one time, former owner Maya Santamaria told KSTP.

George Floyd and Derek Chauvin, the former Minneapolis police officer charged with third-degree murder and manslaughter in Floyd's death, worked together at a Minneapolis club as recently as last year, according to a report from local television station KSTP.

Maya Santamaria, former owner of El Nuevo Rodeo, said that both Floyd and Chauvin worked security at the club. She said that the two could have crossed paths, though Chauvin mostly worked outside as an off-duty officer, while Floyd primarily was inside as a bouncer. She wasn't sure if they knew each other.

"Chauvin was our off-duty police for almost the entirety of the 17 years that we were open," Santamaria told KSTP. "They were working together at the same time, it's just that Chauvin worked outside and the security guards were inside."

Santamaria also told the TV station that Chauvin "had a real short fuse," adding that he often pulled out mace and pepper spray when she thought it was unwarranted.

Earlier Friday, Santamaria took to Facebook to lament the burning down of the building that houses the local Spanish-language radio station La Raza. Santamaria is listed as the CEO of the radio station, which appears to be in the same building as El Nuevo Rodeo.

The building that housed La Raza and El Nuevo Rodeo is a couple of blocks away from a Target store protesters looted earlier this week.

"Such sad news to wake up and know that all your business and work was destroyed by the vandalizers," Santamaria wrote in Spanish in a Facebook post. "We didn't manage to rescue anything. My heart is in mourning today."

NPR has tried to reach Santamaria by phone, email and Facebook but has not received a response.