Accessibility links
Pentagon Orders Military Police To Prepare To Deploy To Minnesota The order follows a night of angry protests in Minneapolis and nationwide. As many as 800 personnel could move within four hours at the governor's request, a U.S. official told NPR. 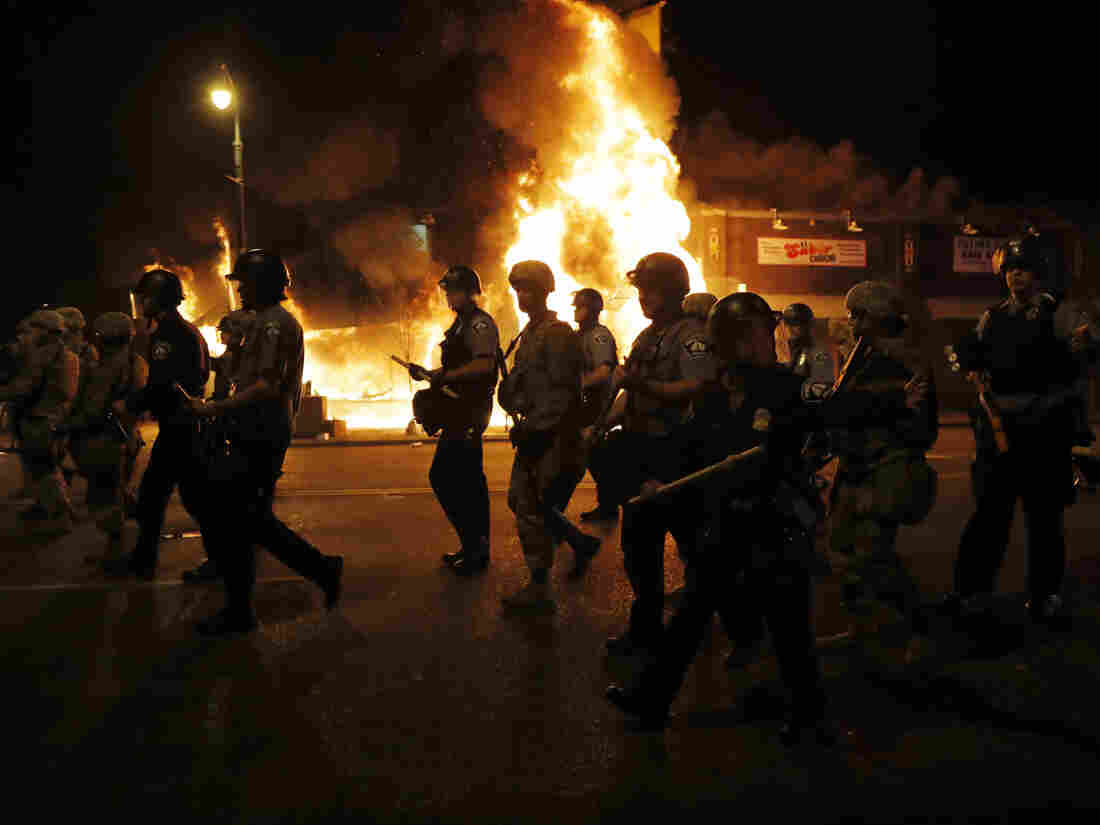 Police clear the street for firefighters during protests on Friday in Minneapolis. After demonstrations have grown violent, state authorities have made plans to increase the law enforcement presence. Julio Cortez/AP hide caption 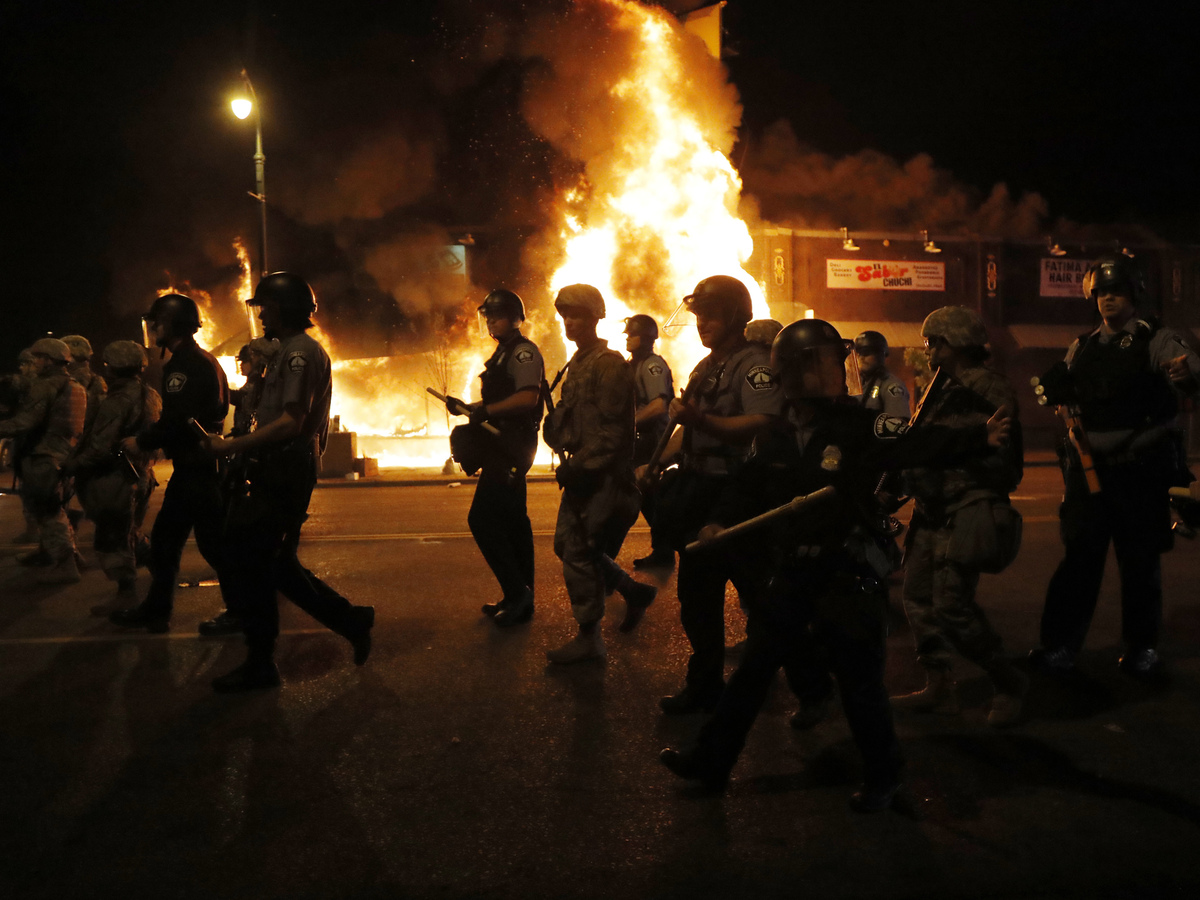 Police clear the street for firefighters during protests on Friday in Minneapolis. After demonstrations have grown violent, state authorities have made plans to increase the law enforcement presence.

The Pentagon has ordered military police units to prepare to deploy to Minnesota after another night of protests over the death of George Floyd roiled Minneapolis.

In a statement Saturday, the Defense Department said U.S. Northern Command had been directed to increase the "alert status" of several units to be deployed at the request of Minnesota Gov. Tim Walz.

These units — which a U.S. official tells NPR number as many as 800 military police — could respond in four hours if Walz makes the request. Typically, these units maintain a 48-hour response time, the Pentagon said, to support state authorities in natural disasters and other contingencies.

Walz has yet to request the deployment, according to the Pentagon. The governor has already spoken to Secretary of Defense Mark Esper and the Joint Chiefs of Staff Chairman Gen. Mark A. Milley, according to both Walz and the Pentagon.

Demonstrations have engulfed Minneapolis in the days since Floyd's death in police custody. Bystander video shows arresting officer Derek Chauvin — who is facing manslaughter and murder charges — placing his knee on Floyd's neck for more than seven minutes. Floyd pleads with Chauvin to stop and says he can't breathe before going silent.

Protesters defied an 8 p.m. curfew on Friday returning to the streets for another night. Elsewhere in cities from Detroit and Los Angeles to Washington, D.C., demonstrations broke out, in some instances, turning violent.

On Saturday morning, Walz announced he was fully mobilizing the state's National Guard — a force of more than 13,000 — to restore order.

"Let's be very clear: The situation in Minneapolis is no longer in any way about the murder of George Floyd. It is about attacking civil society, instilling fear and disrupting our great cities," said Walz during a press conference.

Walz also announced that he would be seeking assistance from neighboring states. The National Guard has regional state compacts for a governor to request troops from a nearby state before asking for federal help.