Accessibility links
Being Black In America Today: Share Your Experience NPR would like to hear your experiences as a Black American as the nation engages in wide-ranging debates and protest over defunding police, racial profiling, public monuments and systemic racism. 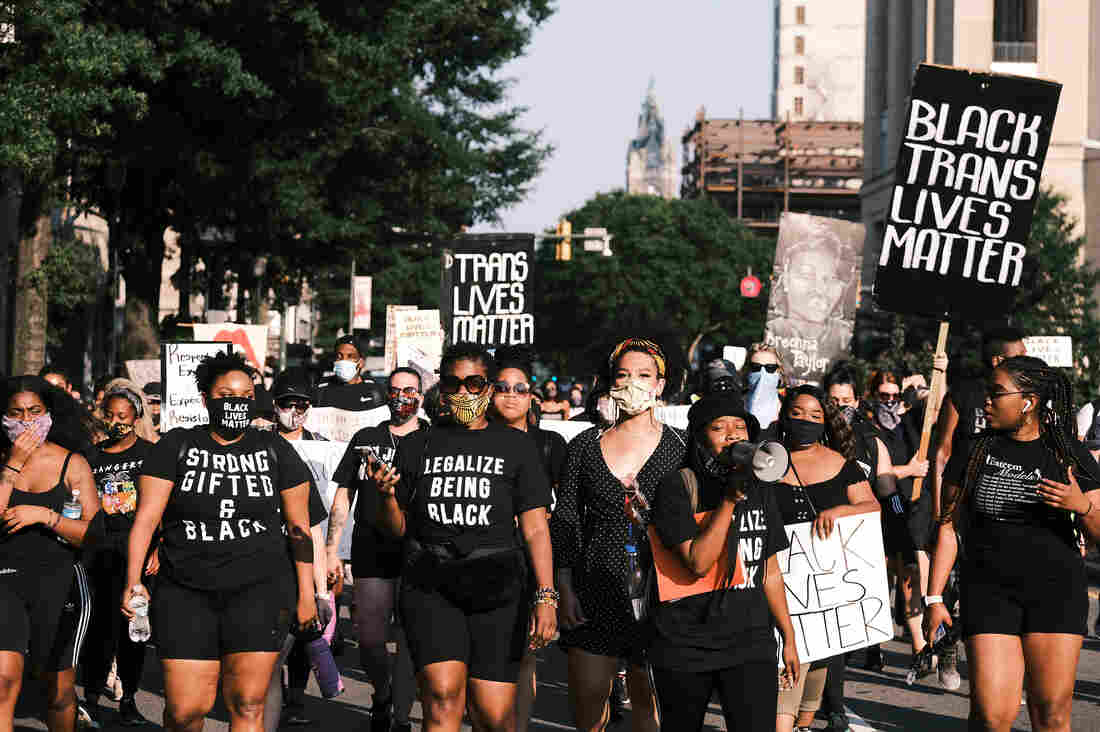 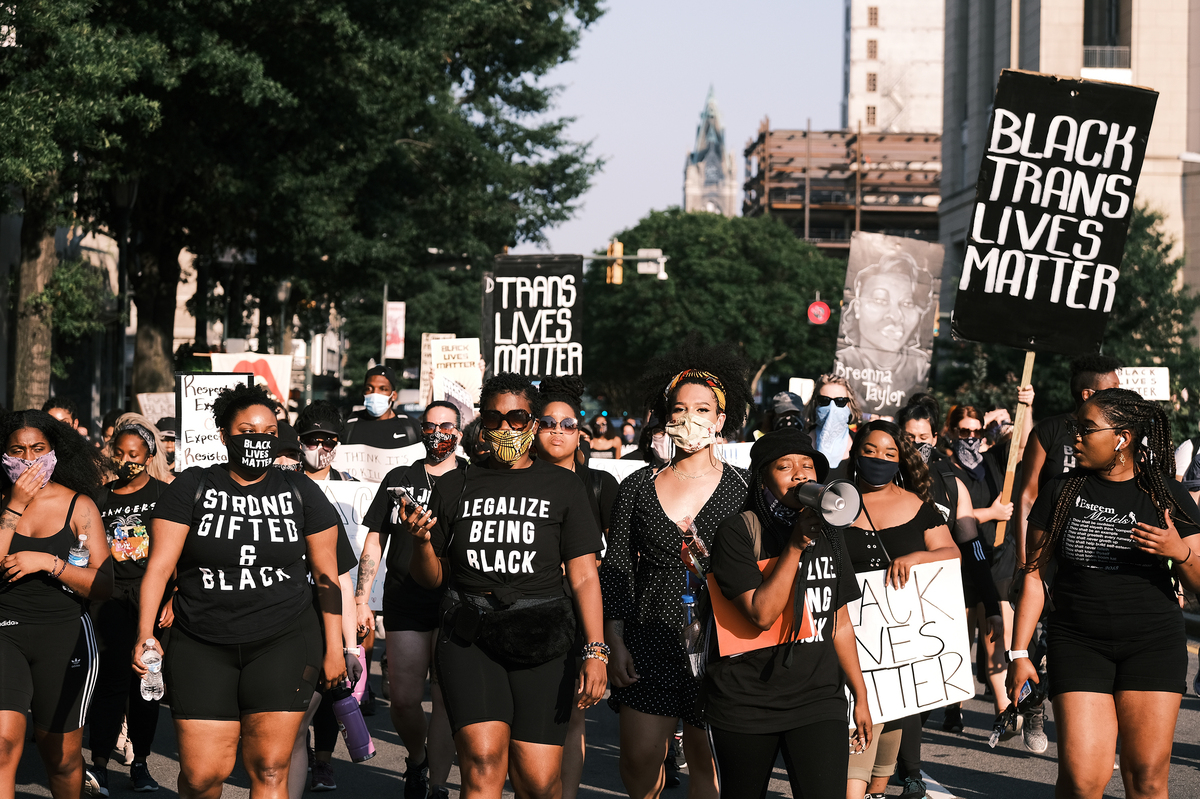 Protesters gather for the Black Women Matter "Say Her Name" march on July 3 in Richmond, Va.

Across the country, a national reckoning with race has sparked wide-ranging debates on defunding police, racial profiling, public monuments and systemic racism. This comes as protests continue nationwide, sparked by high-profile deaths of African Americans. Many of them have become household names: George Floyd, Elijah McClain, Rayshard Brooks, Ahmaud Arbery and Breonna Taylor, to name a few.

Meanwhile, polls show a majority of Americans support the Black Lives Matter movement. But divisions are emerging among politicians. President Trump has been accused of stoking racial tensions, calling the Black Lives Matter slogan a "symbol of hate." And former Vice President Joe Biden, the Democratic challenger, has called the protests a wake-up call but stopped short of supporting defunding police.