Accessibility links
After Historic Launch, Capsule Docks With International Space Station The docking came above China and Mongolia as the ISS was traveling at 17,000 mph. It docked 19 hours after the historic launch with NASA astronauts from the Kennedy Space Center. 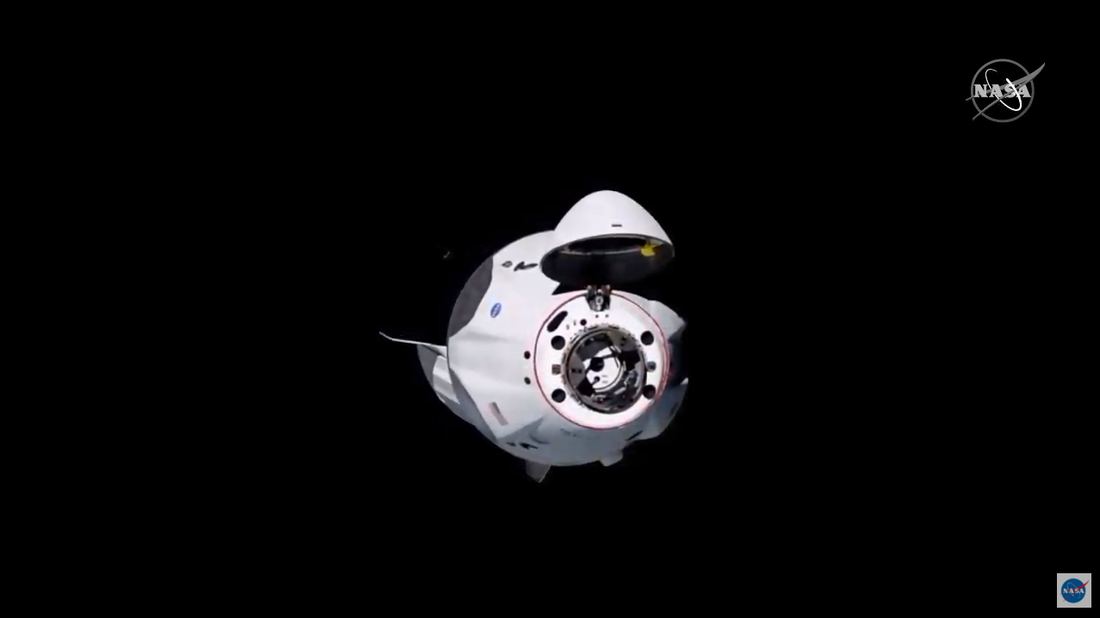 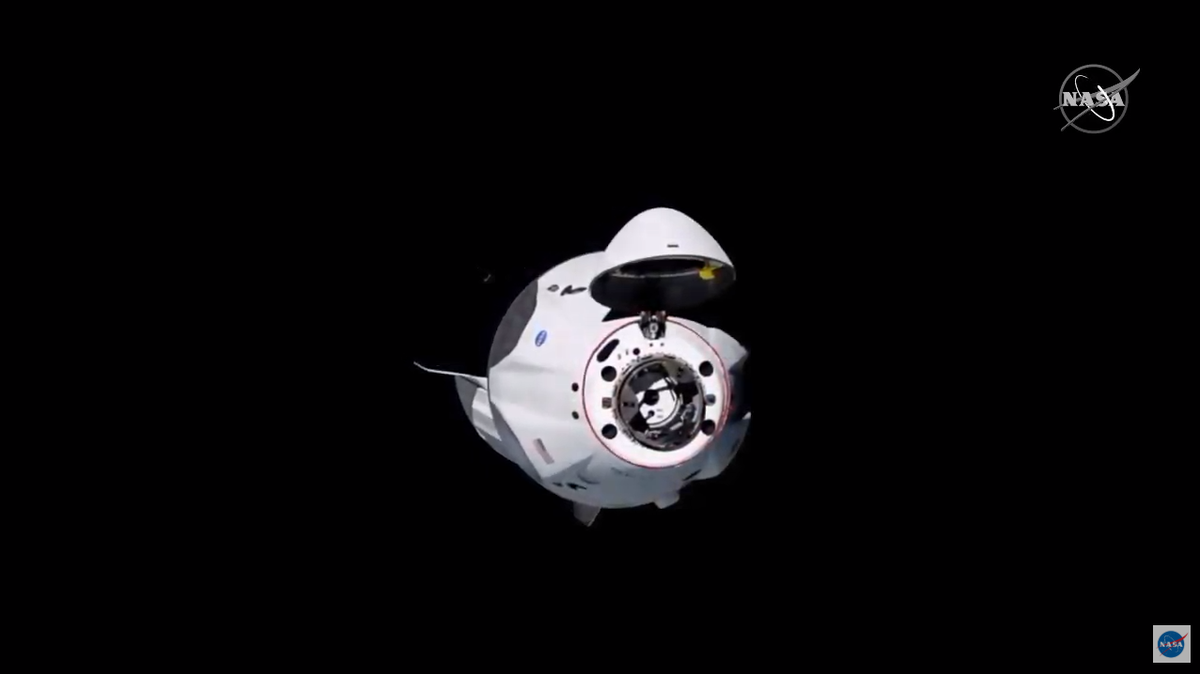 Two NASA astronauts have arrived at the International Space Station, 19 hours after launching from Kennedy Space Center in Florida on Saturday. NASA astronauts Doug Hurley and Bob Behnken made the trip on a private space vehicle designed, built and launched by SpaceX.

SpaceX's Crew Dragon capsule docked with the station at 10:17 a.m. ET while flying over the border of northern China and Mongolia.

NASA And SpaceX Launch First Astronauts To Orbit From U.S. Since 2011

It marks a historic moment for both NASA and SpaceX as the space agency relinquishes astronaut flying duties to commercial partners.

NASA is partnering with private companies like Elon Musk's SpaceX to ferry astronauts to the International Space Station. Since the end of the Space Shuttle program in 2011, NASA has relied on the Russian space agency Roscosmos for rides to space. SpaceX's launch of Hurley and Behnken ends a nearly decade-long reliance on Russia for access to the station. 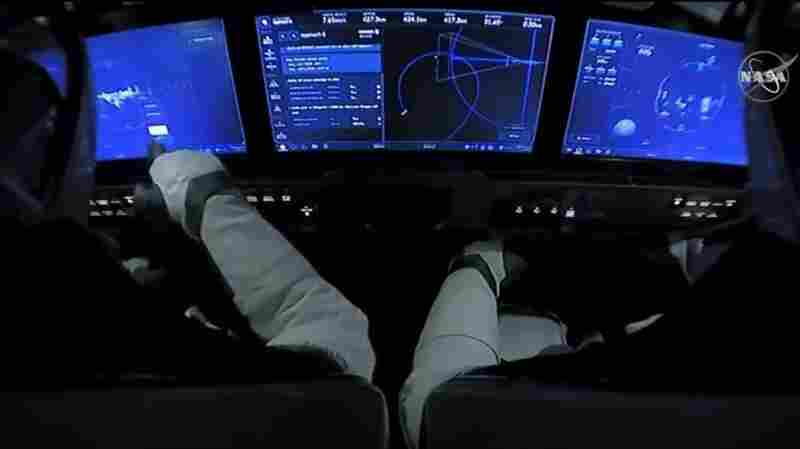 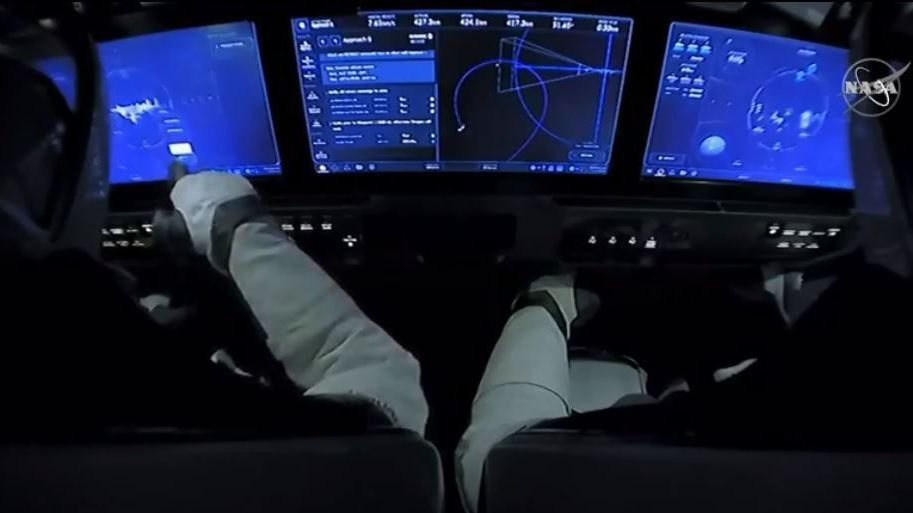 During their trip to the ISS, Hurley and Behnken tested the vehicle's control and life support systems. The two were even able to get a little sleep--pulling out sleeping bags and astronaut sleepwear for a few hours of shuteye in space. "It was actually a pretty comfortable night's sleep," said Hurley.

Crew Dragon is designed to dock autonomously to the ISS. Since this is a test flight of the spacecraft, Hurley and Doug took manual control of the spacecraft near the station to test the vehicle's controls before letting the computer take over for the final docking sequence.

"It flew very well, very crisp," radioed Hurley after the manual test flight near the station.

Hurley and Behnken will spend up to four months on the station. The two trained for spacewalks at Johnson Space Center before their flight. They join NASA's Chris Cassidy and Russian Cosmonauts Anatoly Ivanishin and Ivan Vagner.

Once their mission is complete, Hurley and Behnken will return to Earth in the Crew Dragon capsule splashing down in the Atlantic Ocean off the coast of Florida.

If all goes well on this flight, SpaceX will send another group of astronauts to the station later this year. NASA's Michael Hopkins, Victor Glover and Shannon Walker, along with Japanese astronaut Soichi Noguchi may launch as early as August 30 from Kennedy Space Center.