Accessibility links
Target Says It Will Temporarily Close Stores In Several States As Protests Continue The move comes after several Target stores were ransacked and damaged during protests. 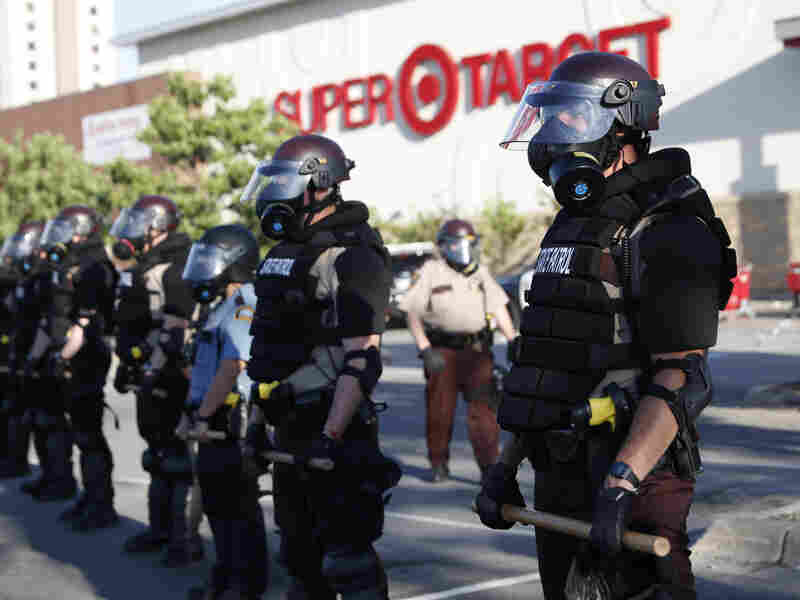 On Thursday, Minnesota state police formed a barricade in front of a Target store in the city of St. Paul. John Minchillo/AP hide caption 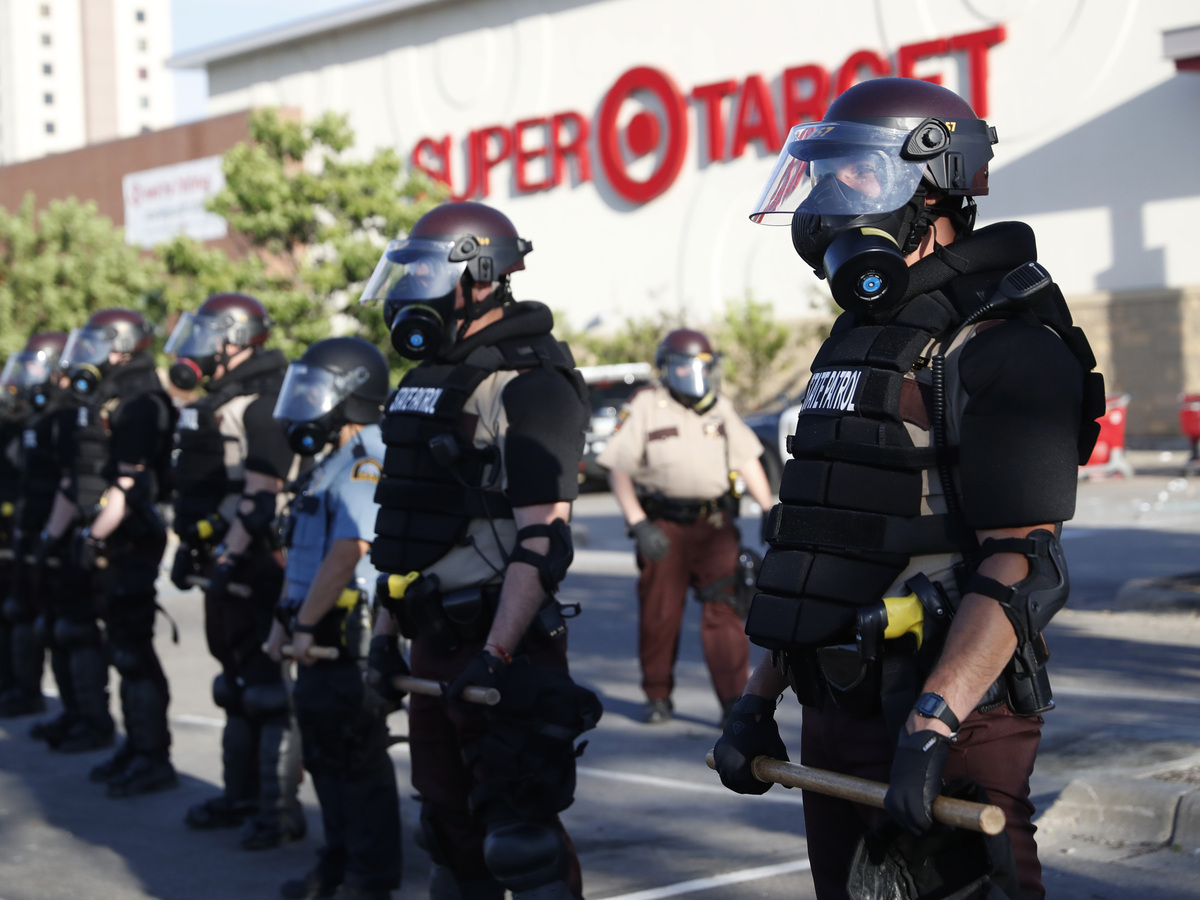 On Thursday, Minnesota state police formed a barricade in front of a Target store in the city of St. Paul.

Amid continuing protests over the death of George Floyd, Target has temporarily closed or adjusted hours at more than 200 stores nationwide.

The announcement on Saturday from the nation's eighth-largest retailer came after Target stores in multiple cities became scenes of violence and unrest. Among the stores where aisles were ransacked was a Target in Minneapolis near the city's 3rd police precinct, where the four officers who were fired after Floyd's death worked. The 3rd Precinct police station was damaged by a fire last week.

"We are heartbroken by the death of George Floyd and the pain it is causing communities across the country," the Minneapolis-based company said in a statement. "At this time, we have made the decision to close a number of our stores."

A Target spokesperson said that the company is evaluating closures and limiting hours on a store-by-store basis.

The majority of stores being closed are located in Minnesota and California, where protests in Los Angeles led the National Guard to be deployed. Stores will also close in Colorado, Illinois, Oregon and Pennsylvania.

Despite the violence that has hit its stores, the company has voiced support for demonstrators.

"The murder of George Floyd has unleashed the pent-up pain of years, as have the killings of Ahmaud Arbery and Breonna Taylor," Target CEO Brian Cornell wrote in a public letter on Friday. "We say their names and hold a too-long list of others in our hearts."

It remains unclear whether the looting at Target stores was committed by demonstrators or whether they were the actions of unaffiliated bad actors. But the ongoing demonstrations have focused scrutiny on Target's past work with law enforcement — including partnerships with agencies in at least 2o cities.

In Minneapolis, the company partnered with police on a program that helped install closed-circuit television cameras in the downtown area. A 2010 report released with support from the company said the "genesis of the program was a widespread feeling some years ago in the city of Minneapolis that the downtown business district was not a pleasant place to work or visit."