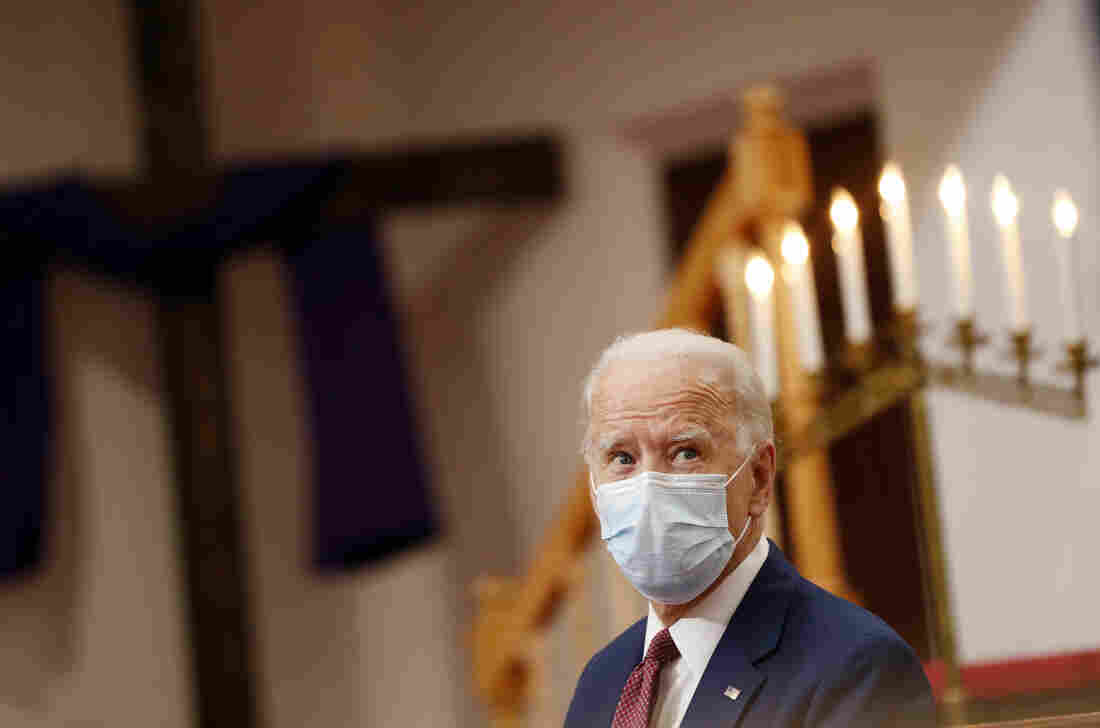 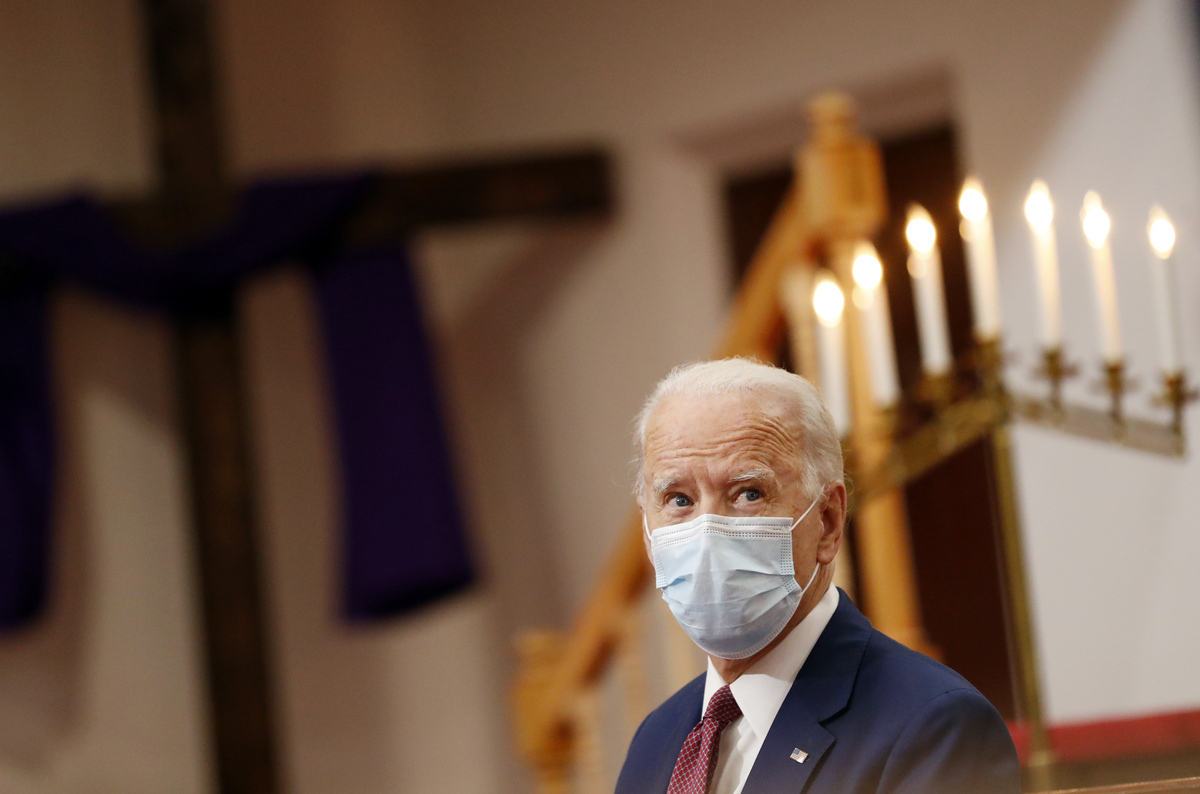 Protests have erupted in dozens of cities over the past week since Floyd, a black man, died after a police officer was seen on video with his knee on Floyd's neck for minutes on end.

"I think the public is getting to a place that it's never been before in understanding a lot of this," Biden said at the event. "But it's going to take a whole hell of a lot of hard work. A lot of hard work. But I'm confident it can be done."

Fourteen faith leaders and local lawmakers attended the event at Bethel AME church in Wilmington, Del., as they donned masks and sat seated two to a pew to help maintain social distancing due to the coronavirus.

Biden spent more than half of the event listening to the concerns of community leaders rather than delivering remarks. He could be seen taking notes as each attendee got up and spoke.

Despite being in a room full of supporters, the group offered critical feedback to the former vice president, with some saying the black community didn't get the economic boost it needed under the Obama administration and that Biden's role in passing the 1994 crime bill makes some young black voters skeptical of him.

There were recommendations to create a czar dedicated solely to the study of police brutality within Biden's first 100 days as president. Several speakers urged Biden to pick an African American woman as his vice president. 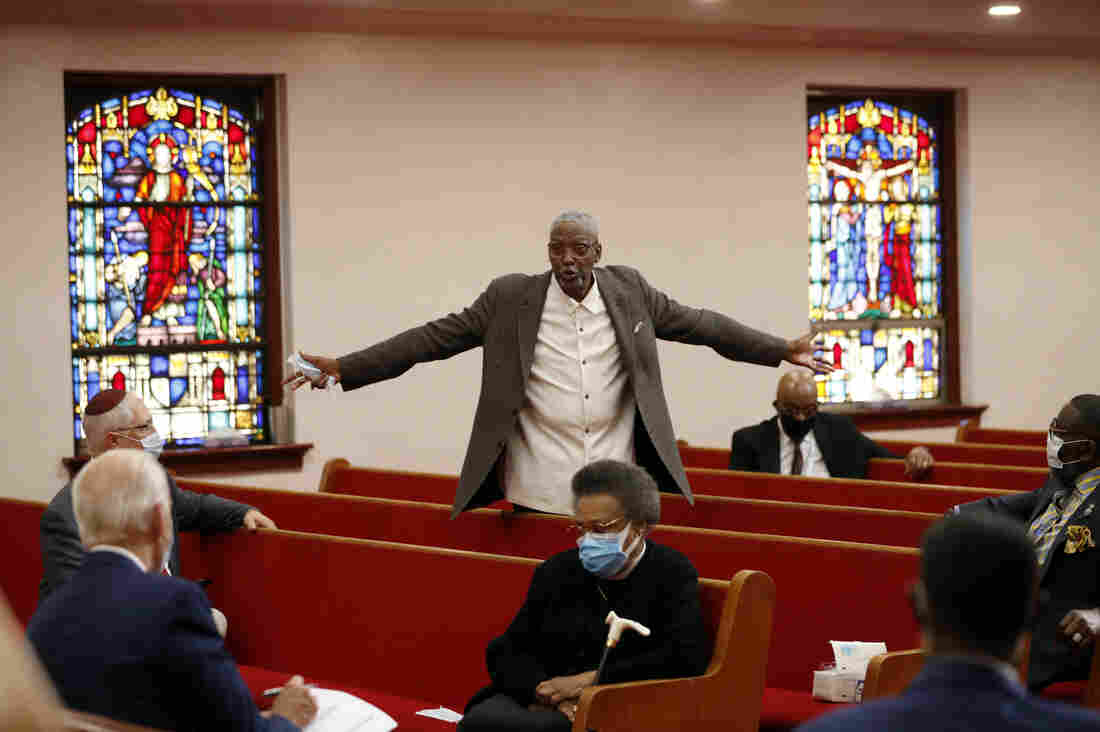 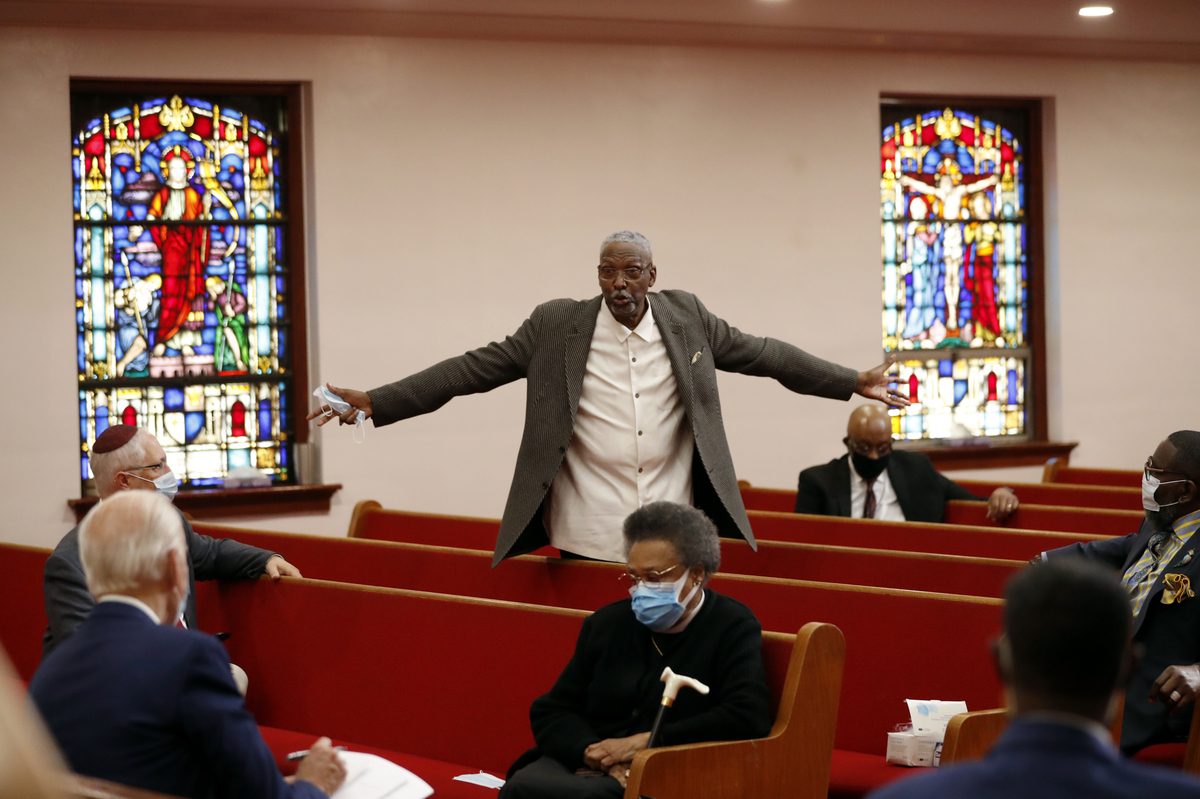 U.S. Rep. Lisa Blunt Rochester, D-Del., spoke emotionally of a recent exchange she had with a 23-year-old protester in Wilmington, who told her he was "willing to die."

"He said, 'I have so much rage.' And I said, 'How old are you? What's your name? How old are you?' And I just tried to hold him, COVID or not," the congresswoman said.

After about an hour, Biden rose to address the church gathering.

"I want to make something clear: I don't expect anything from the black community," he said. "It has to be earned, earned every single time."

Biden said he's spent time speaking with black thought leaders about how to move forward as a country and said people who "don't think of themselves as having a prejudiced bone in their body" are now reckoning with the discrimination endemic in some American institutions.

"The Band-Aid's been ripped off by this pandemic and this president. No one can pretend any longer what this is all about. Nobody can pretend who has been carrying us on our backs — it's the minorities," Biden said.

He teased the announcement of a new economic proposal in the coming weeks, which he said will have a strong emphasis on housing, education and access to capital.

"The ultimate answer for every other group has been access to economic opportunity," Biden said. "What is the future? The future is you gotta be able to get out of bed and think, 'I can make it, I can do something. The deck's not completely stacked.' "

He also stressed what he characterized as a critical need to change leadership in the Senate, particularly as it relates to confirming federal judges.

"If we don't win back the United States Senate, we're going to be in real trouble," Biden said. "Presidents come and go. But I tell you what, justices don't. They last a long time."

The event ended with a prayer and Biden saying he'll rely on the group for advice throughout his campaign.

"I know I'm going to make mistakes," he said before quoting the expression, "What comes from the heart goes straight to the heart."

"It's going to come from the heart. But I'll need help," the former vice president said. "I need help and advice as we go along as to what you think I should and shouldn't be doing."

The event marked Biden's third public appearance in a week, his first trips away from his home since mid-March. He has been campaigning from his house due to coronavirus lockdown orders.

Biden left his home on Memorial Day to lay a wreath at a veterans park near his home, and on Sunday he visited a site in Wilmington where protesters had gathered the night before in response to Floyd's death.

Biden held a virtual meeting with mayors later in the day and had virtual fundraisers planned for Monday evening.