Accessibility links
Barack Obama Responds To Protests After George Floyd's Killing The former president also called on people to vote in state and local elections, for officials "who matter most in reforming police departments and the criminal justice system."

Former President Obama: 'Let's Not Excuse Violence ... Or Participate In It'

Former President Obama: 'Let's Not Excuse Violence ... Or Participate In It' 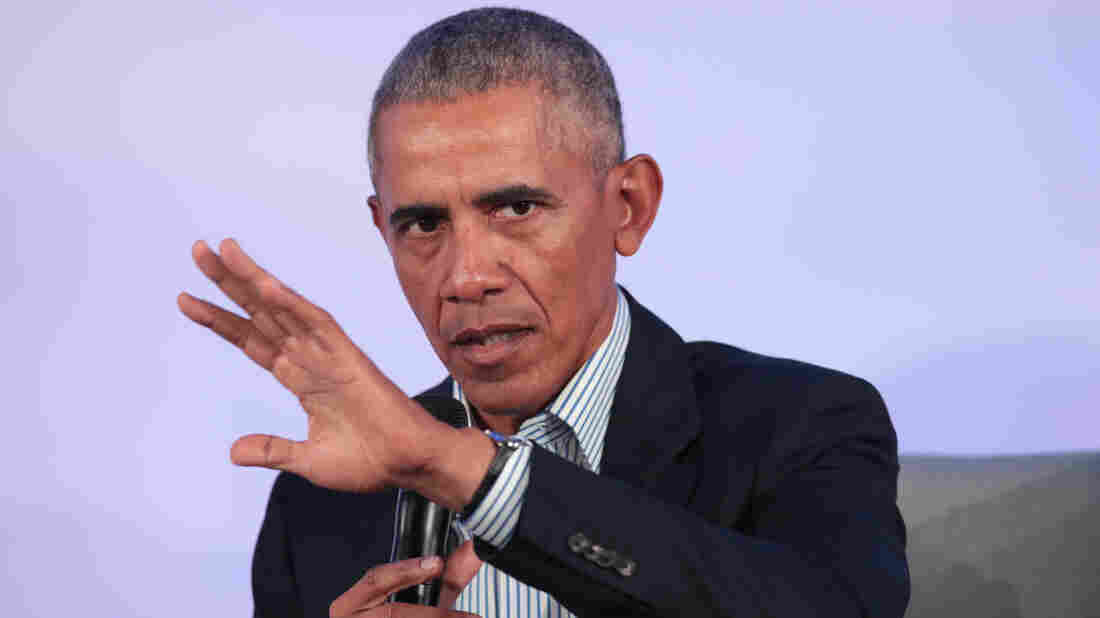 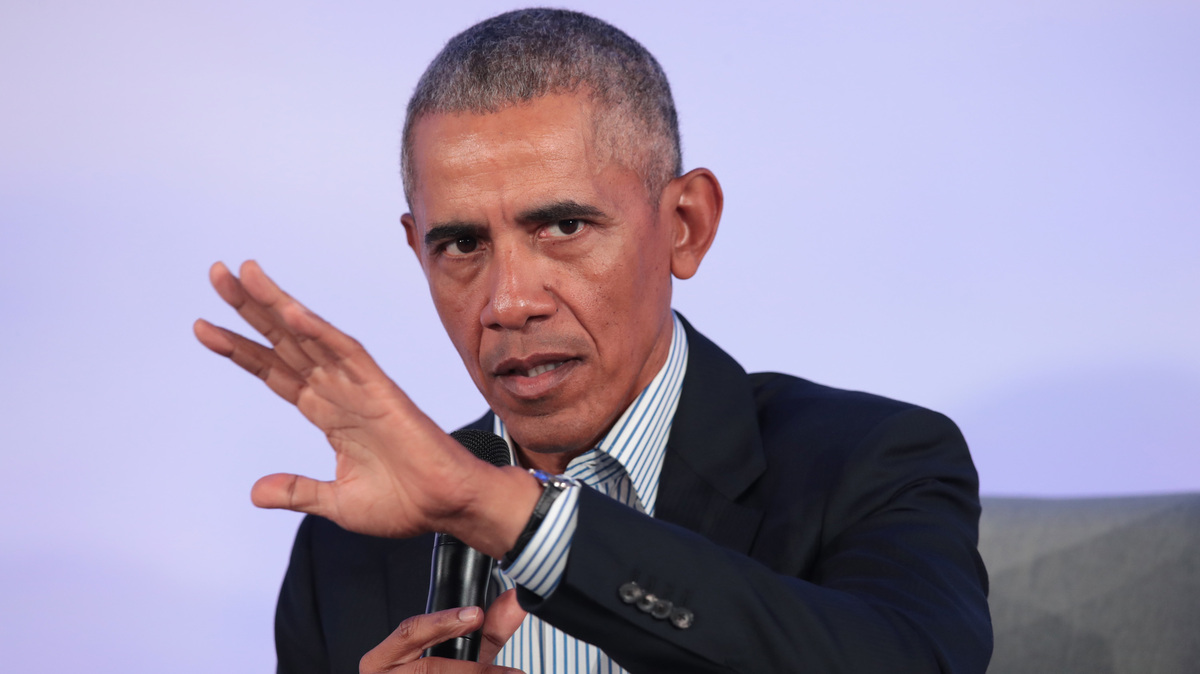 Former President Barack Obama, here at a Chicago event in October, has weighed in on the aftermath of George Floyd's killing, saying those who've resorted to violence put "innocent people at risk."

Former President Barack Obama said the protests in cities across the nation in the aftermath of George Floyd's death in Minneapolis under a police officer's knee "represent a genuine and legitimate frustration over a decades-long failure to reform police practices and the broader criminal justice system in the United States."

But he wrote in a post Monday on Medium that the "the small minority of folks who've resorted to violence" at many demonstrations are "putting innocent people at risk, compounding the destruction of neighborhoods that are often already short on services and investment and detracting from the larger cause."

He recounted seeing an interview, where he said, "I saw an elderly black woman being interviewed today in tears because the only grocery store in her neighborhood had been trashed. If history is any guide, that store may take years to come back. So let's not excuse violence, or rationalize it, or participate in it."

The country's first African American president weighed in after the nation experienced a sixth night of protests — which in some cities turned violent — following the death of Floyd, a black man, after being kneeled on by at least one Minneapolis officer, who has been charged with third-degree murder and manslaughter.

The Democrat, who often admonishes people to vote, said that "we should be fighting to make sure that we have a president, a Congress, a U.S. Justice Department, and a federal judiciary that actually recognize the ongoing, corrosive role that racism plays in our society and want to do something about it."

But he wrote that the officials "who matter most in reforming police departments and the criminal justice system" work at the state and local levels.

Mayors and county executives, Obama wrote, appoint police chiefs and negotiate with police unions, while district attorneys and state's attorneys "decide whether or not to investigate and ultimately charge those involved in police misconduct."

All are elected positions, Obama said, which usually suffer from "pitifully low" voter turnout, "especially among young people — which makes no sense given the direct impact these offices have on social justice issues, not to mention the fact that who wins and who loses those seats is often determined by just a few thousand, or even a few hundred, votes."

Obama established a task force on "21st-century policing" in 2014 after Michael Brown's shooting death by police in Ferguson Mo., which led to violence there.

Many police and criminal justice reforms outlined by Obama and his Justice Department have been abandoned during the Trump administration.