Accessibility links
Facebook Employees Revolt Over Zuckerberg's Hands-Off Approach To Trump Employees are publicly criticizing CEO Mark Zuckerberg and organizing a virtual walkout amid a growing internal backlash over the company's tolerance of the president's posts. 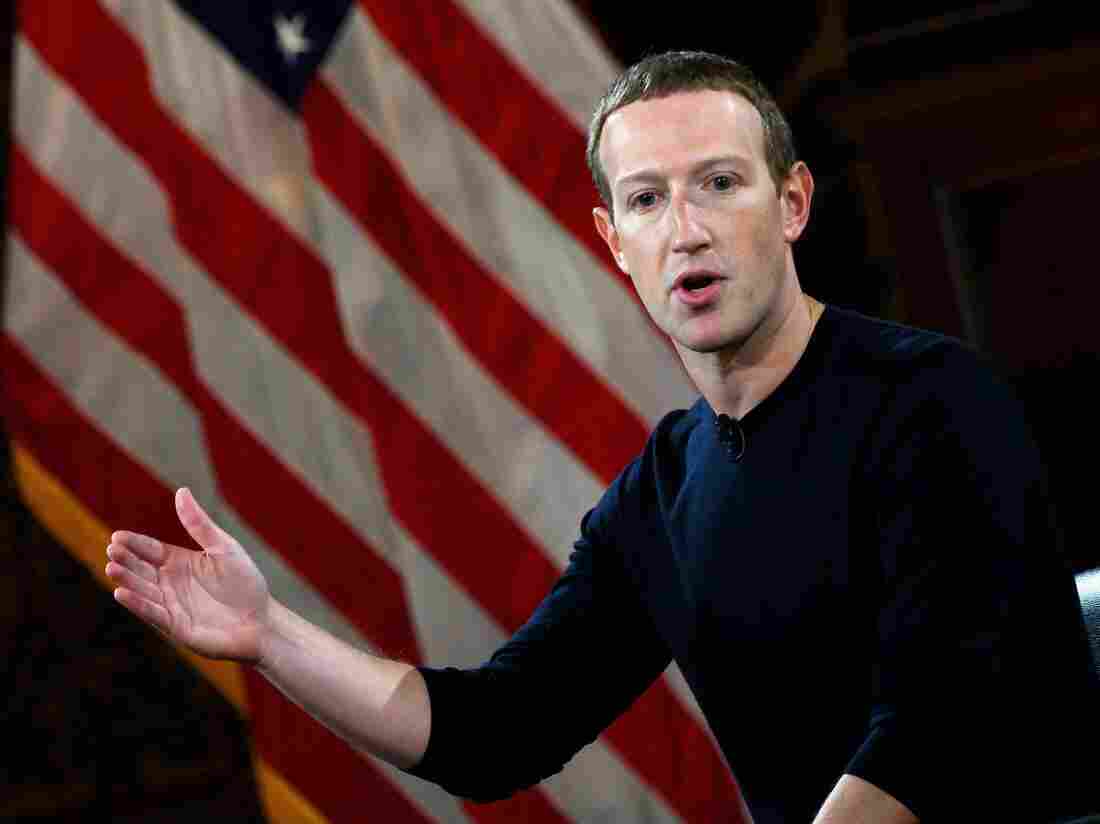 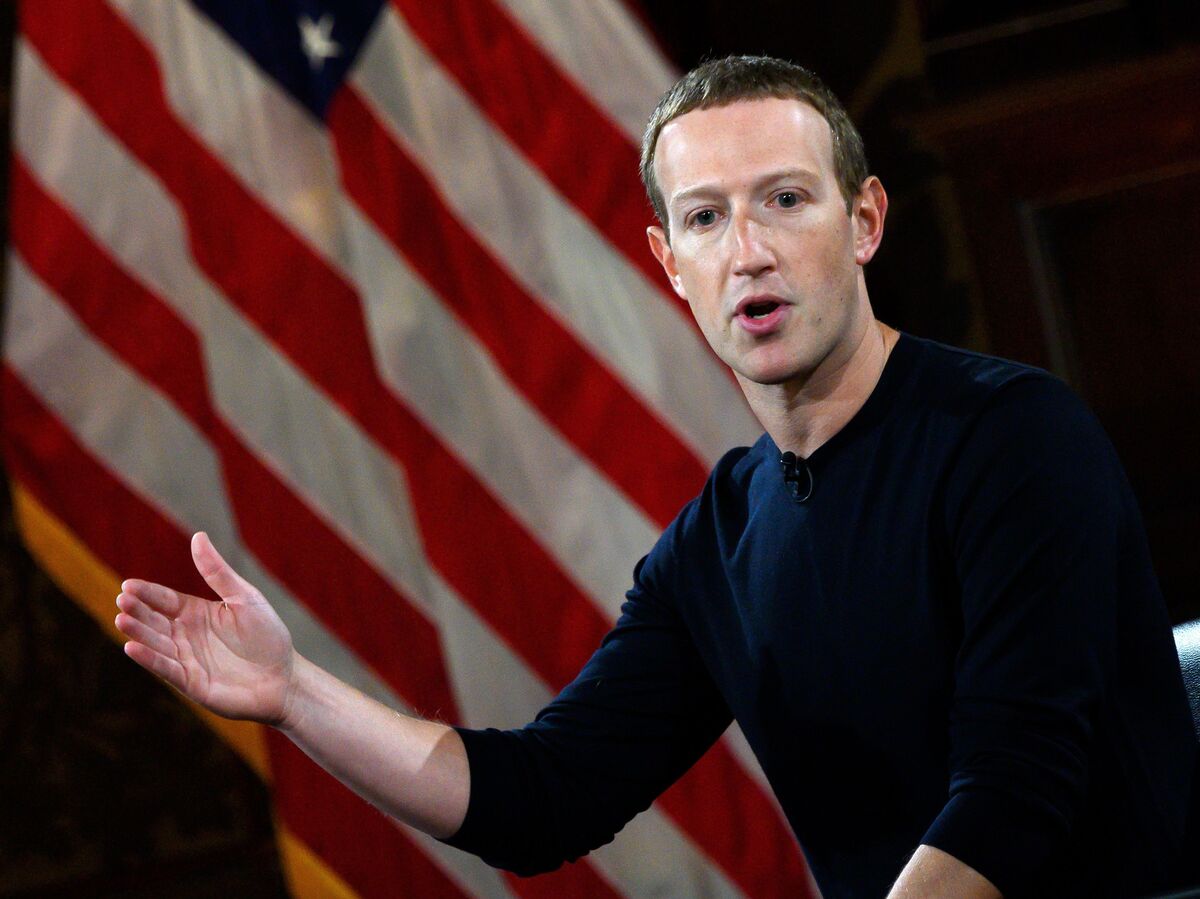 Facebook CEO Mark Zuckerberg is under pressure from employees who say President Trump is violating the social network's rules against inciting violence.

Facebook is facing an unusually public backlash from its employees over the company's handling of President Trump's inflammatory posts about protests in the police killing of George Floyd, a black man in Minneapolis.

At least a dozen employees, some in senior positions, have openly condemned Facebook's lack of action on the president's posts and CEO Mark Zuckerberg's defense of that decision. Some employees staged a virtual walkout Monday.

"Mark is wrong, and I will endeavor in the loudest possible way to change his mind," tweeted Ryan Freitas, director of product design for Facebook's news feed.

I work at Facebook and I am not proud of how we’re showing up. The majority of coworkers I’ve spoken to feel the same way. We are making our voice heard.

"I work at Facebook and I am not proud of how we're showing up," tweeted Jason Toff, director of product management. "The majority of coworkers I've spoken to feel the same way. We are making our voice heard."

The social network also is under intense pressure from civil rights groups, Democrats and the public over its decision to leave up posts from the president that critics say violate Facebook's rules against inciting violence. These included a post last week about the protests in which the president said, "when the looting starts, the shooting starts."

Twitter, in contrast, put a warning label on a tweet in which the president said the same thing, saying it violated rules against glorifying violence.

The move escalated a feud with the president that started when the company put fact-checking labels on two of his tweets earlier in the week. Trump retaliated by signing an executive order that attempts to strip online platforms of long-held legal protections.

Zuckerberg has long said he believes the company should not police what politicians say on its platform, arguing that political speech is already highly scrutinized. In a post Friday, the Facebook CEO said he had "been struggling with how to respond" to Trump's posts.

"Personally, I have a visceral negative reaction to this kind of divisive and inflammatory rhetoric," he wrote. "I know many people are upset that we've left the President's posts up, but our position is that we should enable as much expression as possible unless it will cause imminent risk of specific harms or dangers spelled out in clear policies."

Zuckerberg said Facebook had examined the post and decided to leave it up because "we think people need to know if the government is planning to deploy force." He added that the company had been in touch with the White House to explain its policies. Zuckerberg spoke with Trump by phone Friday, according to a report published by Axios.

Vanita Gupta of The Leadership Conference on Civil and Human Rights, Sherrilyn Ifill of the NAACP Legal Defense and Educational Fund and Rashad Robinson of Color of Change said in a joint statement they were "disappointed" by Zuckerberg's "incomprehensible explanations" for allowing Trump's post about the protests as well as earlier false claims about mail-in ballots.

"He did not demonstrate understanding of historic or modern-day voter suppression and he refuses to acknowledge how Facebook is facilitating Trump's call for violence against protesters," they said. "Mark is setting a very dangerous precedent for other voices who would say similar harmful things on Facebook."

Andy Stone, a Facebook spokesman, said: "We're grateful that leaders in the civil rights community took the time to share candid, honest feedback with Mark and Sheryl. It is an important moment to listen, and we look forward to continuing these conversations."

While Facebook's 48,000 employees often debate policies and actions within the company, it is unusual for staff to take that criticism public. But the decision not to remove Trump's posts has caused significant distress within the company, which is spilling over into public view.

Censoring information that might help people see the complete picture *is* wrong. But giving a platform to incite violence and spread disinformation is unacceptable, regardless who you are or if it’s newsworthy. I disagree with Mark’s position and will work to make change happen.

"Censoring information that might help people see the complete picture *is* wrong. But giving a platform to incite violence and spread disinformation is unacceptable, regardless who you are or if it's newsworthy," tweeted Andrew Crow, head of design for the company's Portal devices. "I disagree with Mark's position and will work to make change happen."

Several employees said on Twitter they were joining Monday's walkout.

"Facebook's recent decision to not act on posts that incite violence ignores other options to keep our community safe," tweeted Sara Zhang, a product designer.

In a statement, Facebook spokesman Joe Osborne said: "We recognize the pain many of our people are feeling right now, especially our Black community. We encourage employees to speak openly when they disagree with leadership. As we face additional difficult decisions around content ahead, we'll continue seeking their honest feedback."

Less than 4% of Facebook's U.S.-based staff are black, according to the company's most recent diversity report.

Facebook will not make employees participating in the walkout use paid time off, and it will not discipline those who participate.

On Sunday, Zuckerberg said the company would commit $10 million to groups working on racial justice. "I know Facebook needs to do more to support equality and safety for the Black community through our platforms," he wrote.