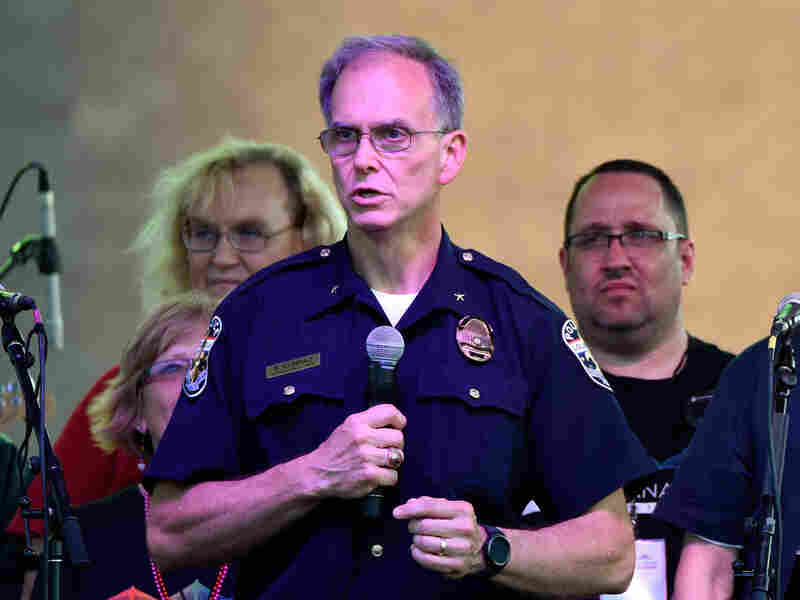 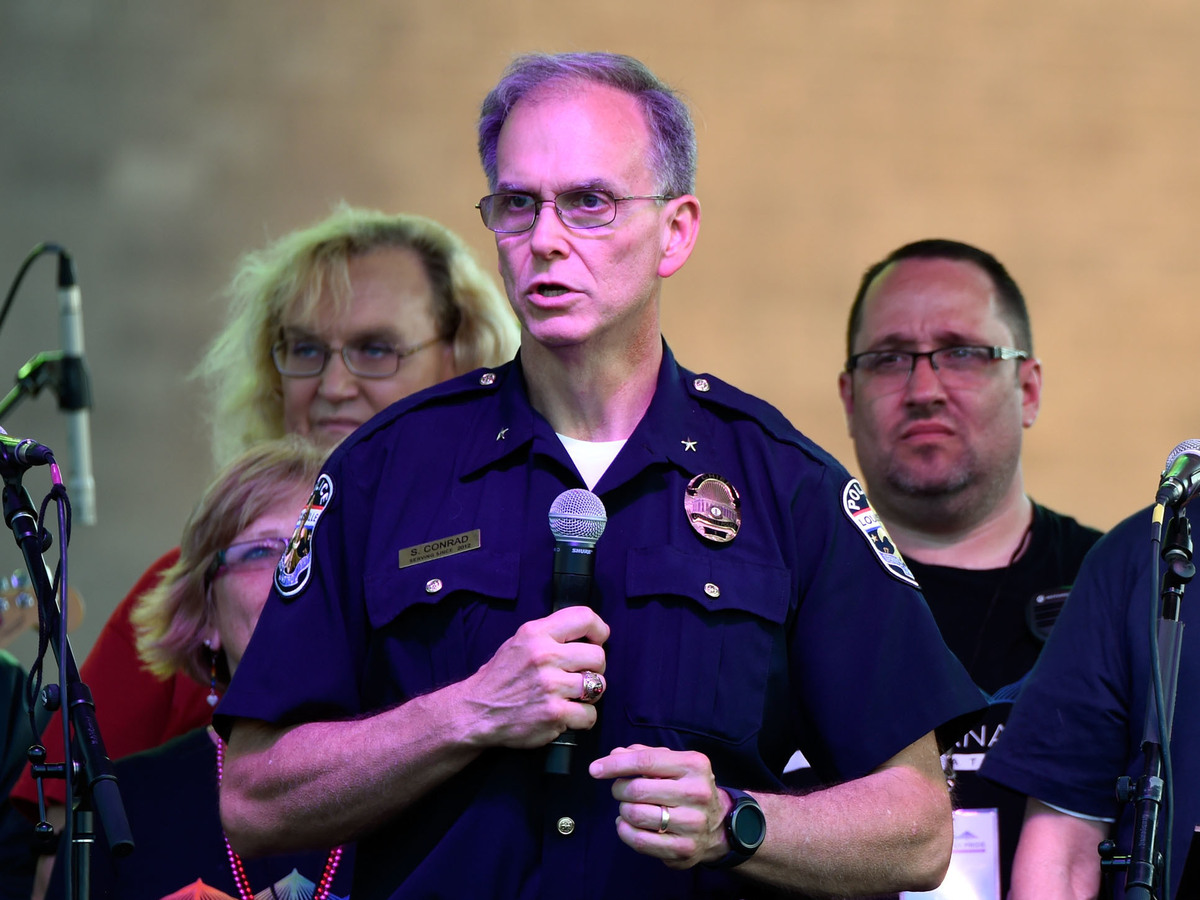 Louisville, Ky., Police Chief Steve Conrad, pictured in 2016, has been fired over the death of a black man on Monday morning.

Louisville, Ky., resident David McAtee was shot and killed during a police response to a curfew violation early Monday. Both police and National Guard members were on the scene and fired shots. The incident has led to the firing of the police chief.

State and local leaders called for the release of police body-camera footage, but Louisville Mayor Greg Fischer announced Monday that officers on the scene had not activated their body cameras. Fischer also said that Louisville Police Chief Steve Conrad was relieved of command in the wake of the shooting. Conrad was already due to retire amid criticism related to the controversy surrounding the death of Breonna Taylor in March.

According to member station WFPL, the incident that resulted in McAtee's death took place at a gas station in Louisville's predominantly black West End. McAtee, who was black, operated a barbecue business nearby. No protests were taking place there, but the National Guard and Louisville police were called in to respond to a large gathering and enforce the city's 9 p.m. curfew. Before being relieved of his post, Conrad said that the police and National Guard were shot at first and that the shots that killed McAtee were fired in response.

Kentucky Gov. Andy Beshear tweeted in a statement that "[the Louisville Metro Police Department] and the Kentucky National Guard returned fire resulting in a death."

The incident is now under investigation by local and state authorities, according to a report from Louisville's Courier-Journal. According to the mayor, the two Louisville police officers who fired their weapons in the altercation have been put on administrative leave pending the investigation.