Accessibility links
READ: The Insurrection Act. What Is The Law Trump Is Threatening To Invoke? The 213-year-old law allows a president to "call forth the militia for the purpose of suppressing" an insurrection. Trump threatened to deploy the military to states that don't quell violent protests.

What Is The Insurrection Act That Trump Is Threatening To Invoke?

What Is The Insurrection Act That Trump Is Threatening To Invoke? 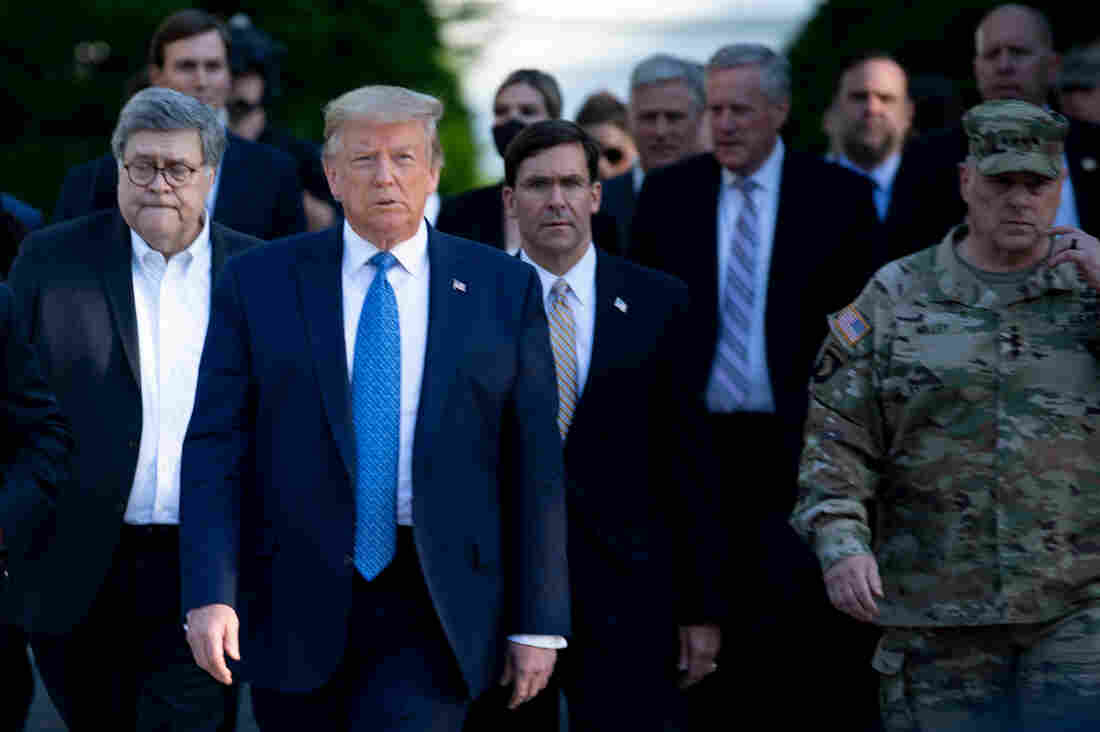 President Trump walks from the White House to visit St. John's Church after the area was cleared of people protesting the death of George Floyd. Brendan Smialowski/AFP via Getty Images hide caption 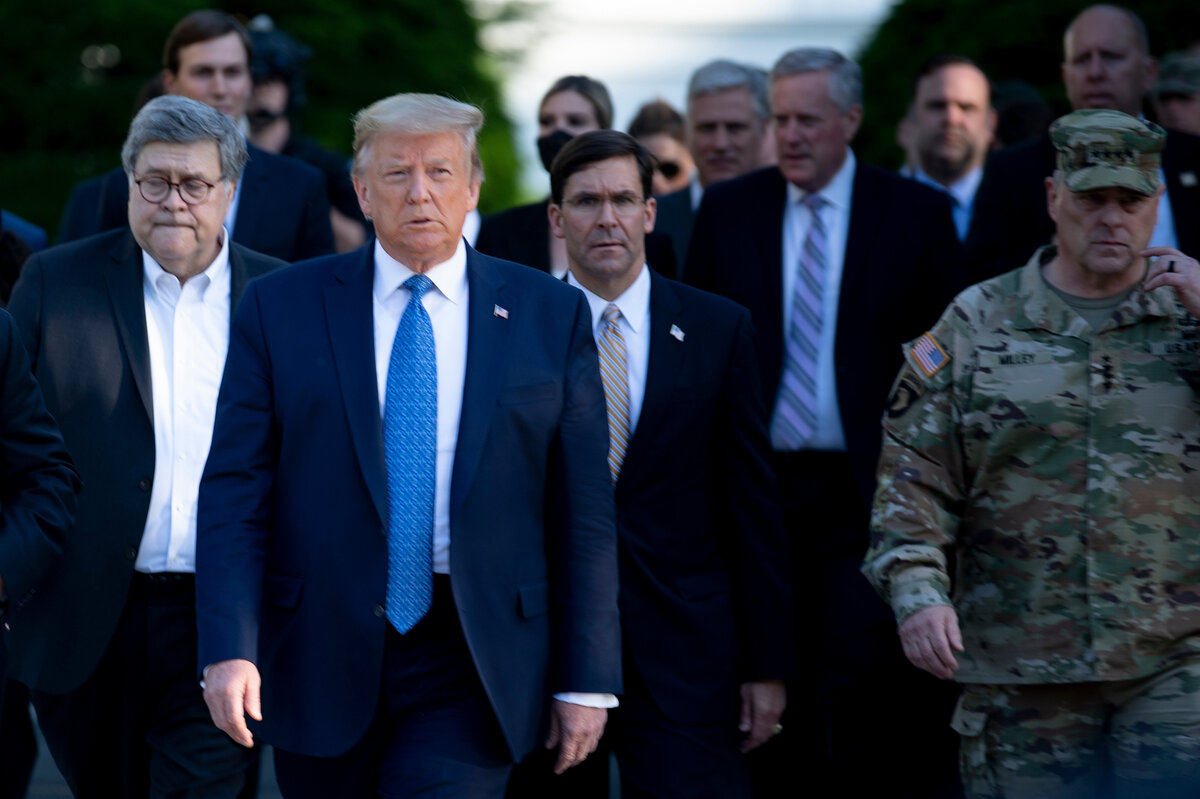 President Trump walks from the White House to visit St. John's Church after the area was cleared of people protesting the death of George Floyd.

President Trump threatened Monday to take military action in American cities if the violent demonstrations that have been taking place in recent days aren't stamped out.

"If a city or state refuses to take the actions that are necessary to defend the life and property of their residents, then I will deploy the United States military and quickly solve the problem for them," Trump said in a short statement in the Rose Garden at the White House.

To do that, the president would need to invoke what's known as the Insurrection Act of 1807. The original text of the act, which has been amended several times since it was first passed, reads as follows:

An Act authorizing the employment of the land and naval forces of the United States, in cases of insurrections

The act was last invoked in 1992 to quell the Los Angeles riots after the acquittal of four white police officers in the beating of Rodney King, a black man, and before that in 1989 during widespread looting in St. Croix, Virgin Islands, after Hurricane Hugo.

Before invoking it, the president "must first issue a proclamation ordering the insurgents to disperse within a limited time, 10 U.S.C. § 334.4. If the situation does not resolve itself, the President may issue an executive order to send in troops," according to a 2006 report by the Congressional Research Service.

That is the same year the act was amended to expand the instances in which the president may invoke the law, after the federal government's response to Hurricane Katrina a year earlier was criticized.

It authorizes "the President to employ the armed forces during a natural disaster or terrorist attack."

As to whether a state must request the presence of those military forces in the state, that's "not necessarily" the case, according to experts.

"[T]he President may, upon the request of its legislature or of its governor if the legislature cannot be convened, call into Federal service such of the militia."

"Whenever the President considers that unlawful obstructions, combinations, or assemblages, or rebellion against the authority of the United States, make it impracticable to enforce the laws of the United States in any State by the ordinary course of judicial proceedings, he may call into Federal service such of the militia of any State, and use such of the armed forces, as he considers necessary to enforce those laws or to suppress the rebellion."