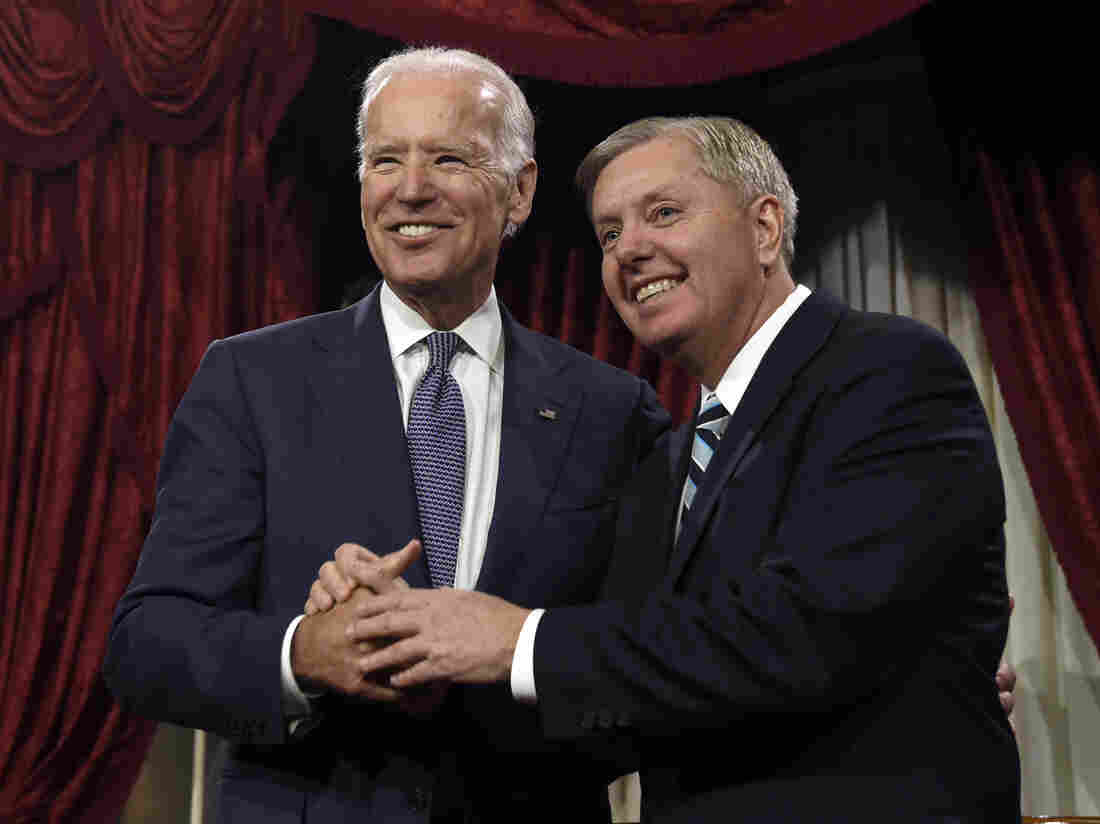 Vice President Joe Biden shares a laugh with Sen. Lindsey Graham, R-S.C., back in 2015. Graham's Judiciary Committee is beginning an investigation with links to Biden and his family. Susan Walsh/AP hide caption 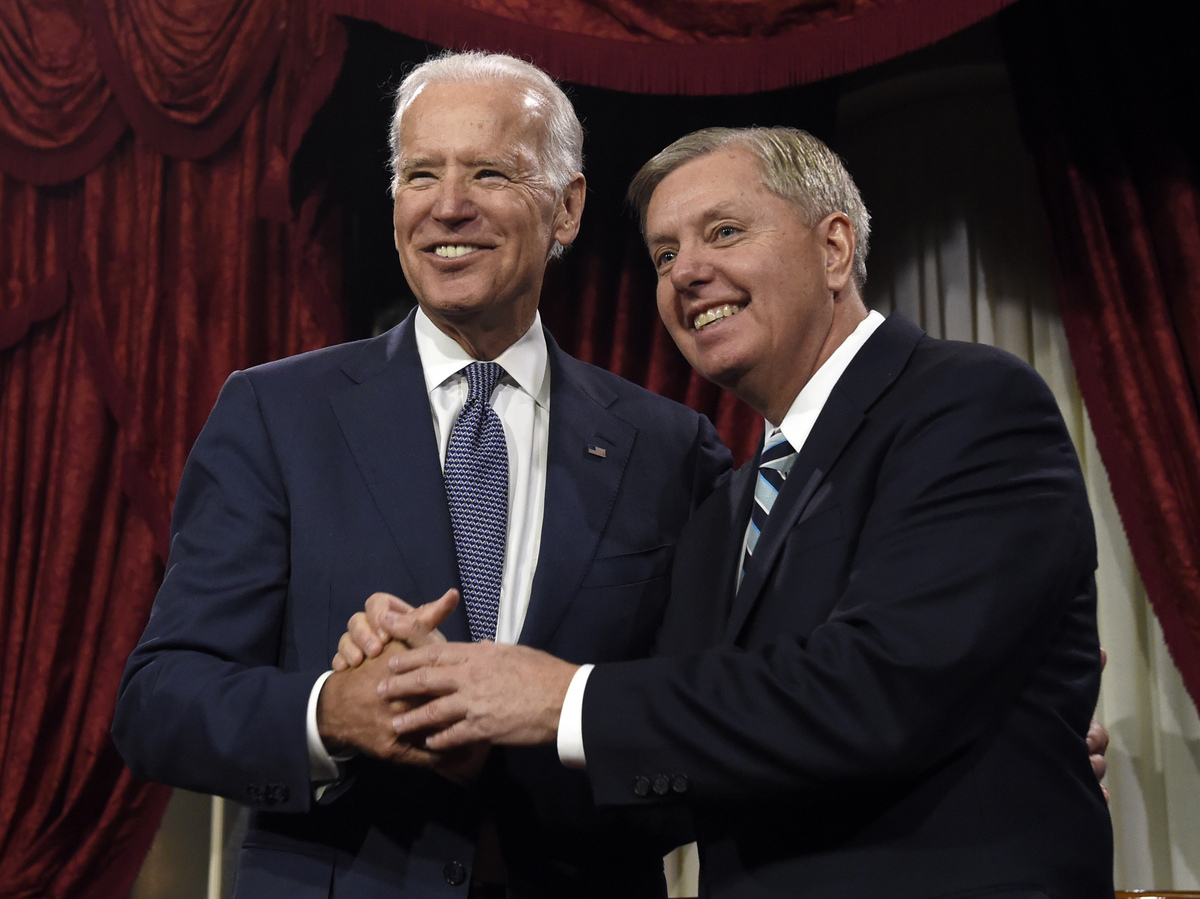 Vice President Joe Biden shares a laugh with Sen. Lindsey Graham, R-S.C., back in 2015. Graham's Judiciary Committee is beginning an investigation with links to Biden and his family.

Senate Republicans have launched politically loaded investigations into the Obama administration and presumptive Democratic presidential nominee Joe Biden that are expected to carry on into the fall.

On Wednesday, the Senate Judiciary Committee begins the first of a planned series of hearings on the origins of the FBI's 2016 Russia investigation into possible ties with the Trump campaign. Republicans are particularly interested in the decision-making inside the Obama-Biden administration.

"The public deserves to know how a guy who was vice president of the U.S. who is currently trying to be president got away with using the U.S. government to force a foreign country to stop investigating a company that was paying his son over $80,000 a month," said Sen. Rick Scott, R-Fla.

Andrew Bates, a spokesman for the Biden campaign, accused the committee's chairman, Sen. Ron Johnson, R-Wis., of abusing his power to aid Trump.

"We're in the middle of the worst public health and economic crisis in a century," he said, "and what is Senator Johnson focused on? Running a political errand for Donald Trump by wasting Homeland Security Committee time and resources attempting to resurrect a craven, previously-debunked smear against Vice President Biden."

It is the allegation at the heart of Trump's impeachment — the president wanted Ukraine to investigate alleged corruption and conspiracy theories about the Biden family. Ukraine did not, and in December 2019, Trump was impeached for abuse of power by the House of Representatives for making the ask. The Senate acquitted the president in February after a contentious trial.

Senate Democrats are howling over what they say is Republicans using the Senate to try to help get Trump reelected. "There are literally matters of life and death waiting for our committee's attention but instead this committee is doing the president's personal bidding," said Sen. Kamala Harris, D-Calif., a potential contender to be Biden's running mate.

Senate Majority Leader Mitch McConnell, R-Ky., had generally avoided weighing in on these investigations, but he fully embraced them in a recent Senate floor speech. "No matter what some Washington Democrats may try to claim, you are not crazy or a conspiracy theorist if you see a pattern of institutional unfairness towards this president. You would have to be blind not to see one," he said.

Constitutional law professor Jonathan Turley, who testified against Trump's impeachment in the House, said investigations can be political and still have merit. "I certainly believe that the oversight interests are stronger when you're looking at things like the Russia investigation. The Burisma controversy presents a more challenging question, however, I tend to favor some inquiry."

As vulnerable House Democrats experienced during impeachment, high-profile partisan inquiries can spark political backlash when voters have more urgent concerns — like the pandemic, the economy and social unrest.

Graham was quick to announce last Friday that the Senate Judiciary Committee would also hold a hearing on police use of force.

Democratic strategist Scott Mulhauser is a former Biden aide, and a former Senate aide. He said Senate Republicans — who are fighting to hold their majority this November — could be making a political blunder. "It's an overreach here, an overplay of your hand with these hearings. Taking your eye off the ball is a mistake that could cost careers."

Graham says he would like to issue a committee report by October, ahead of Election Day.