Accessibility links
The Trauma Of Being Black In America : 1A "An entire community is grieving," Dr. Alisha Moreland-Capuia says. "What we really have to focus on is the subtext, and the subtext is racism." 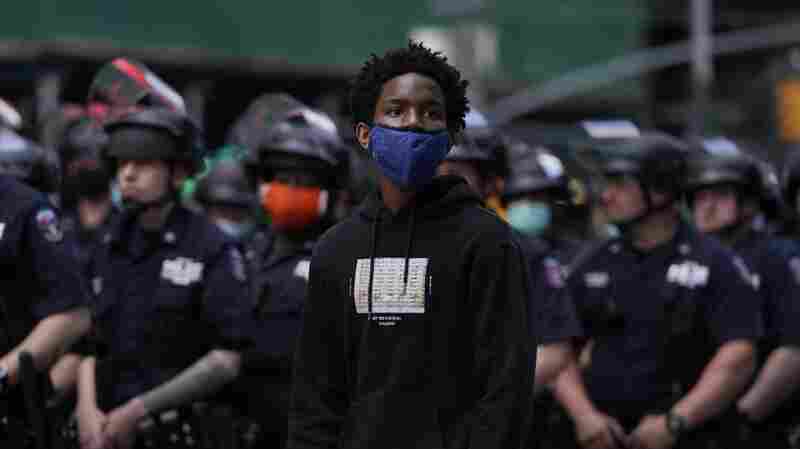 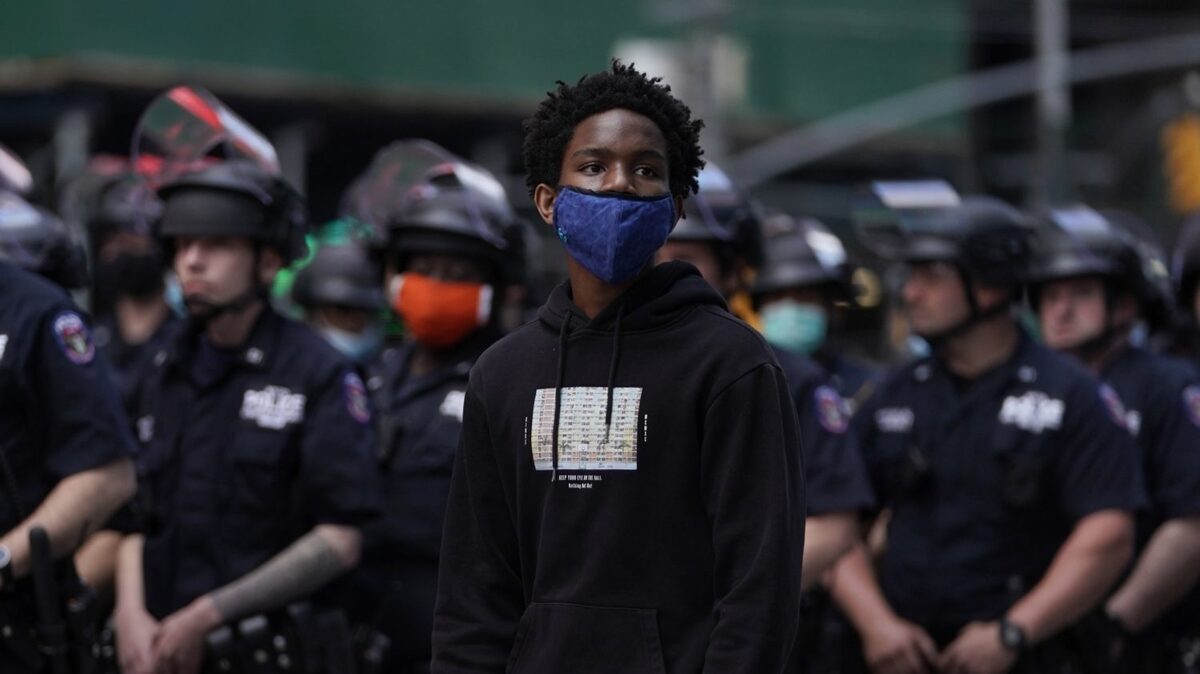 A protestor stands in front of a police line in Times Square, during a "Black Lives Matter" protest.

Protests have raged across America for a week now. Hundreds have been arrested. Protesters and police have been injured. At least nine people have died. And it all started seven days ago—with the death of George Floyd in Minneapolis.

Whether you're out protesting or seeing videos from demonstrations across the country, the events of the past week are taking a huge emotional toll—particularly on Black people. George Floyd's fatal encounter with four Minneapolis police officers is something we've now seen over, and over, and over again. Many of us are exhausted—and sick of it.

How do we cope with the collective trauma—and the sorrow, and the exhaustion—that comes from yet another senseless death at the hands of law enforcement?

We talked first with Jeff Pegues of CBS News. He's their chief justice and homeland security correspondent. He's been on the ground reporting on what's happening in Minneapolis.

Then, we talk with someone who knew George Floyd well—his pastor, Patrick "P.T." Ngwolo of Resurrection Houston Church and psychiatrist Dr. Alisha Moreland-Capuia, about the trauma and pain many are feeling right now, and where to go from here.

If you or someone you know needs to talk to someone, you can call the Substance Abuse and Mental Health Services Administration (SAMHSA) Treatment Referral Helpline at 1-800-662-HELP. And the National Suicide Prevention Hotline number is 1-800-273-8255.