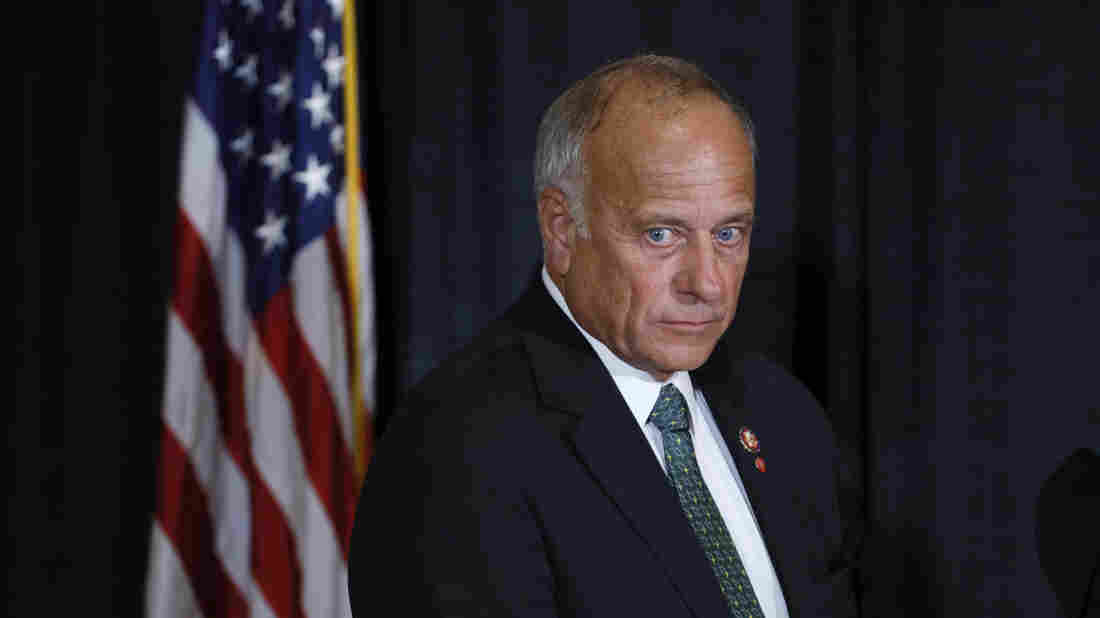 Rep. Steve King faced criticism for his comments on abortion, including when he questioned whether there would be "any population of the world left" if not for births due to rape and incest. Charlie Neibergall/AP hide caption 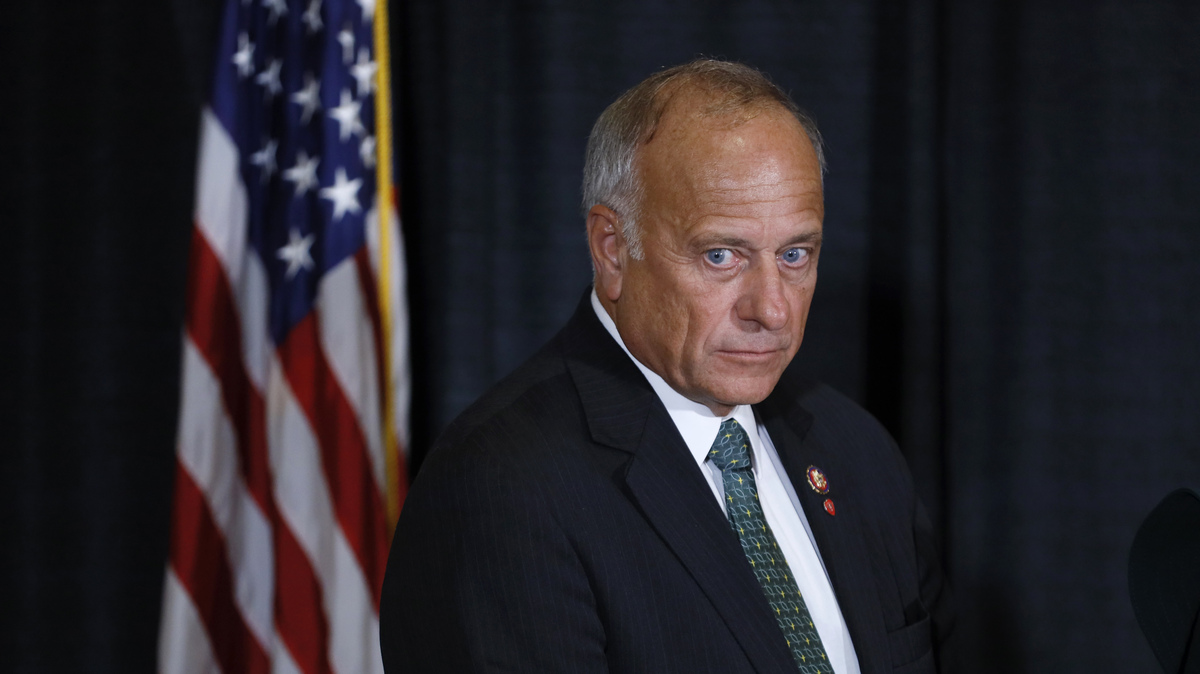 Rep. Steve King faced criticism for his comments on abortion, including when he questioned whether there would be "any population of the world left" if not for births due to rape and incest.

After years of racist comments that lost him the support of many Republican Party leaders, conservative Iowa Rep. Steve King has lost his bid for reelection to a primary challenge by GOP state Sen. Randy Feenstra.

"I am truly humbled by the outpouring of support over the past 17 months that made tonight possible and I thank Congressman King for his decades of public service," Feenstra said in a statement. "As we turn to the general election, I will remain focused on my plans to deliver results for the families, farmers and communities of Iowa. But first, we must make sure this seat doesn't land in the hands of Nancy Pelosi and her liberal allies in Congress. Tomorrow, we get back to work."

First elected in 2002, King faced the toughest primary campaign of his career in Iowa's 4th Congressional District, trailing in the polls with a limited cash supply and minimal advertising. He faced an onslaught of challengers feeding off of his vulnerability because of his inflammatory rhetoric.

His primary opponents focused on an argument that King is unable to effectively represent the interests of his constituents since being stripped of House committee assignments last year, rather than focusing on his history of controversial statements that included racist language and comments on abortion and immigration.

"The 4th District needs a seat at the table, an effective conservative voice," stressed Feenstra in a May debate hosted by WHO-TV.

Feenstra represented the most likely threat to King's reelection, raising $925,849 this cycle, compared with King's $330,000, according to the Center For Responsive Politics.

The writing may have been on the wall for King, whom President Trump once dubbed "the world's most conservative human being." In his last general election, he scraped by with a margin of just 3 percentage points in his bright red district against Democrat J.D. Scholten, a paralegal and former minor league baseball pitcher.

Scholten's progress at nearly flipping the northwest district, which is home to Sioux City and Ames, prompted this crowded Republican primary with challengers painting King, 71, as ineffective and offering themselves up as a viable conservative alternative without the reputation of being a toxic thorn in the GOP's side.

Scholten is returning for a second swing at the seat this year and ended up without any competition in the Democratic primary.

Not only did Feenstra raise more than King in the first quarter, he also garnered the high-profile endorsements of former Iowa Gov. Terry Branstad, the National Right to Life Committee and the U.S. Chamber of Commerce. The latter released an ad criticizing King for inaction.

"When we've needed him most, Steve King has let us down. He got kicked off the agriculture committee, hurting our farmers, and hasn't written a single farming bill that passed Congress," the ad proclaimed.

Many top Iowa Republicans have abandoned King this cycle, seeing it as an unnecessary risk to maintaining control of the district, with King's controversial record considered a distraction to the conservative cause and a possible threat to the reelection of Sen. Joni Ernst.

Last year, King wondered out loud to The New York Times why "white nationalist" and "white supremacist" are considered offensive terms. King was widely rebuked by party leadership and stripped from key committee assignments, including his place on the House Agriculture Committee, a panel of particular importance to his home state. King did support a House resolution condemning his comments that was passed nearly unanimously in 2019.

"If he doesn't understand why 'white supremacy' is offensive, he should find another line of work," McConnell wrote.

King issued a public statement shortly after the interview was published, defending himself by saying that he wasn't an advocate for white nationalism but rather that he supports "western civilization's values."

It hardly marked the first time his explosive comments made the news.

In 2008, he said terrorists would "be dancing in the streets in greater numbers than they did on September 11" if Barack Obama were elected president.

He has also made incendiary comments on multiculturalism, immigration and abortion, falsely expressing skepticism that a woman could get pregnant as a result of rape or incest.