Accessibility links
Millions Of Americans Skipping Payments As Wave Of Defaults And Evictions Looms Hardship programs appear to be helping many people pause payments and survive the economic shutdown so far. But not everybody is getting the help, and advocates see big potential trouble ahead. 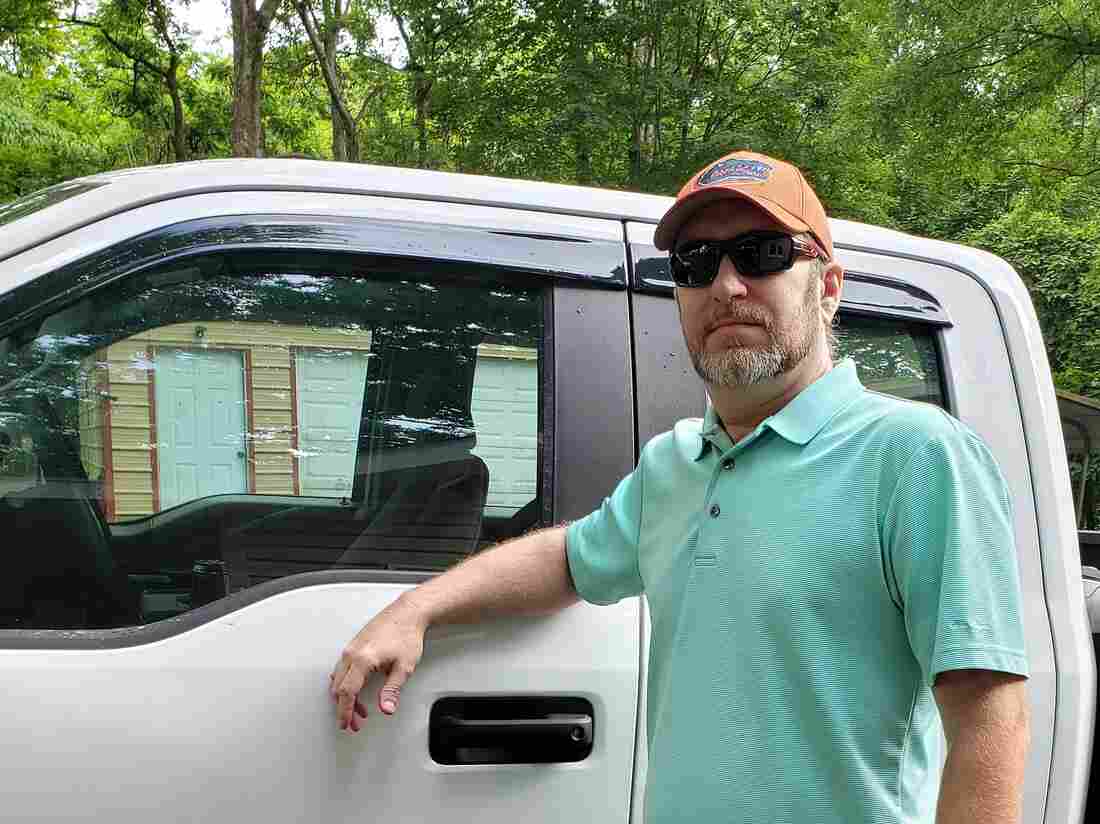 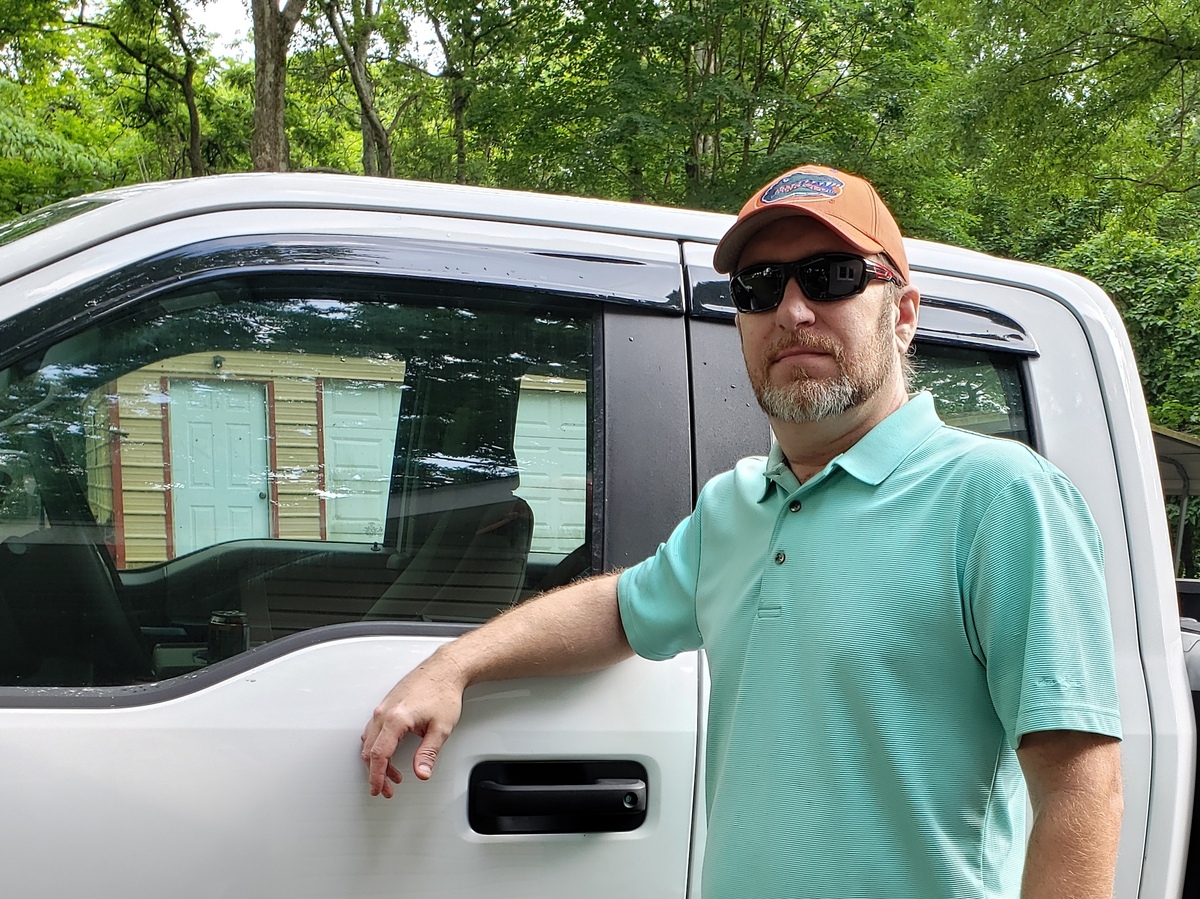 Jonathan Baird and his wife, Nichole, say they've had to decide between making their car payment and buying food since she lost her job in the pandemic. His mortgage and auto lenders told him he didn't qualify for help.

Americans are skipping payments on mortgages, auto loans and other bills. Normally, that could mean massive foreclosures, evictions, cars repossessions and people's credit getting destroyed.

But much of that has been put on pause. Help from Congress and leniency from lenders have kept impending financial disaster at bay for millions of people. But that may not last for long.

The problem is that these efforts aim to create a financial bridge to the future for people who've lost their income in the pandemic — but the bridge is only half-built. For one thing, the help still isn't reaching many people who need it.

"My wife has filed, certified every week for her unemployment for 10 weeks now, and they have done nothing," says Jonathan Baird of Bruceton, Tenn. "We've struggled."

Baird is a disabled veteran, not injured in wartime, who gets a small disability pension. When the pandemic hit, his wife lost her job as a home health aide. That was most of their income. And like many other contract workers, she has run into long delays trying to collect unemployment.

Meanwhile, Baird says his mortgage company told him that he didn't qualify for a federal program to postpone payments. Many homeowners have been given wrong or misleading information from lenders about that. And it appears that is what happened in Baird's case.

Baird also called Ford to try to get a break on the payments for his pickup truck. "When I contacted them, they told me that there was nothing they could do," he says. "Just basically make your payment or suffer the late fees."

He says a call center worker told him that he didn't qualify for any help because he was late on a car payment last year. When NPR contacted Ford, the company said that is not its policy. And after reviewing the case, the company is now letting Baird skip his next car payment, which he says is a big help.

"We're paycheck to paycheck like most people," he says. "And when you take away that paycheck, especially for this length of time, we have to make the decision — a vehicle or food."

Ford says the company is allowing many customers hurt financially during the pandemic-related shutdowns to skip payments.

And millions of people are getting help from all kinds of lenders. According to the latest available numbers from the credit bureau TransUnion, about 3 million auto loans and 15 million credit card accounts are in some kind of program to let people skip or make partial payments. Those are probably low estimates. According to the analytics company Black Knight, 4.75 million homeowners — or 9% of all mortgages — have entered into forbearance plans.

"What we're seeing consistently across the board is actually credit scores are moving upward," says Matthew Komos, a vice president at TransUnion. He says that's both on a month-to-month and year-over-year basis.

But looking ahead, advocates say people could run into big trouble because the terms of these hardship programs can be all over the map.

"Credit cards, auto loans, installment loans, there are no federal guidelines," says Aracely Panameño, a director at the nonprofit Center for Responsible Lending.

She says when it comes time to make up for all those skipped payments, there are federal rules for repayment plans for home mortgages but not for many other types of loans. So she says lawmakers need to protect people. Otherwise, she says, lenders could make demands beyond what people can afford. "You must have a capacity to catch up with your payments in an affordable way," Panameño says.

Chi Chi Wu with the National Consumer Law Center agrees. Without better protections, when it comes time to make up for the missed payments, "there's going to be a lot of people who could experience massive credit reporting harm," says Wu, an attorney focusing on consumer credit issues.

Under the rules for mortgages, consumer advocates say the vast majority of people hurt financially during the outbreak who entered a forbearance plan should have their missed payments moved to the end of the loan term.

That keeps monthly payments the same as they were before and just extends the amount of time to pay the loan. Some other types of lenders are using this approach. Ford tells NPR it is taking missed payments and moving them to the end of the auto loan term.

'It's Like A Nightmare': Options Dwindle For Renters Facing Economic Distress

For their part, many lenders say that to keep helping people, they need a government conduit through which to borrow money themselves. Bill Himpler is president and CEO of the American Financial Services Association, which represents lenders who make car loans, personal loans and mortgages and offer credit cards.

One big thing lawmakers need to resolve is whether to extend the federal government's expanded unemployment benefits. Getting that unemployment money is the biggest reason most people who've lost jobs are able to pay rent and keep a roof over their heads. And while some people are going back to work, many others are not.

"When the $600-a-week unemployment insurance runs out at the end of July, most people expect tremendous displacement risk," says Andrew Jakabovics with the affordable housing nonprofit Enterprise Community Partners. "Evictions are likely to go through the roof."

And with eviction moratoriums expiring in parts of the country, he says action is needed right away to help people who can't pay the rent as the pandemic drags on.

Meanwhile, as with many other aspects of the coronavirus outbreak, there are disparities along socioeconomic and racial lines. Panameño says her group did a national survey to see who was having trouble paying their bills after the pandemic struck.