Accessibility links
Review: 'The Vanishing Half,' By Brit Bennett Brit Bennett's triumphant new novel follows two light-skinned black sisters whose lives take very different paths; you'll keep turning pages not to find out what happens, but who these women are.

'The Vanishing Half' Counts The Terrible Costs Of Bigotry And Secrecy

'The Vanishing Half' Counts The Terrible Costs Of Bigotry And Secrecy 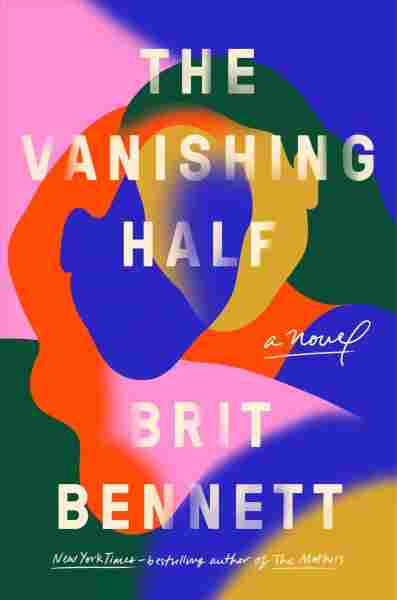 Brit Bennett's first novel, The Mothers, was the sort of smashingly successful debut that can make but also possibly break a young writer by raising expectations and pressure. Four years later, her second, The Vanishing Half, more than lives up to her early promise. It's an even better book, more expansive yet also deeper, a multi-generational family saga that tackles prickly issues of racial identity and bigotry and conveys the corrosive effects of secrets and dissembling. It's also a great read that will transport you out of your current circumstances, whatever they are.

Spanning nearly half a century, from the 1940s to the 1990s, the novel focuses on twin sisters, Desiree and Stella Vignes, who were raised in Mallard, Louisiana, a (fictional) small town conceived of by their great-great-great grandfather — after being freed by the father who once owned him — as an exclusive place for light-skinned blacks like him. "In Mallard, nobody married dark," Bennett writes starkly. Over time, its prejudices deepened as its population became lighter and lighter, "like a cup of coffee steadily diluted with cream." The twins, with their "creamy skin, hazel eyes, wavy hair," would have delighted the town's founder.

Yet fair skin did not save their father, whose vicious lynching by a gang of white men marks the girls irrevocably. Nor did it save their mother from an impoverished existence cleaning for rich white people in a neighboring town, and it won't save the twins from an equally constricted life if they stay in Mallard. We learn in the first few pages that at 16, Desiree and Stella ran off to New Orleans, two hours away, but "after a year, the twins scattered, their lives splitting as evenly as their shared egg. Stella became white and Desiree married the darkest man she could find."

Novels about racial passing — including Nella Larsen's Passing (1929) and Philip Roth's The Human Stain — have been a recurrent feature in American literature. But unlike here, they usually involve retribution for what is regarded as an unforgivable moral transgression. In The Vanishing Half, Bennett also draws on another, even more widespread literary tradition: Twins. From Shakespeare's Twelfth Night to Cathleen Schine's The Grammarians, duos have served as a useful device for exploring issues of nature versus nurture, mistaken identity, double trouble, and the divided self. In addition, Bennett addresses the devastations of abandonment (also a prominent theme in The Mothers) through the particular pain of a twin losing her other half.

Bennett chose to narrate her first novel, somewhat trickily, by the eponymous mothers, a gossipy sort of Greek chorus of older but not wiser churchwomen who follow the twists and turns of the young protagonist's life as if it were a soap opera. The Vanishing Half is written in a more conventional tight third person, shifting between characters and generations – primarily Desiree and Stella and their daughters, one "blueblack" dark, one blonde, one smart and grounded, the other spoiled and lost. The episodes jump around in time, mainly between the late 1950s through the 1980s, following the complex sequencing of an underlying narrative logic that makes sense.

Like The Mothers, this novel keeps you turning pages not just to find out what happens — or how it happened — but to find out more about who these people are. Bennett is interested in the unanticipated consequences of life-changing decisions, the insidious tolls of racial bigotry and passing, the frustration of inscrutable mothers, the differences between acting and lying. Her characters are forever calculating what's lost and what's gained at each turn, what vanishes and what remains. They ponder how some people can be two different people in one lifetime or even one hour, transforming from one sex to another, from loving husband to vicious wife-beater, from black to white.

It's a rare gift to be able to dig beyond the dirt and gossip of lives viewed superficially to get to the inner human story, to delve beyond the sensational into difficult issues, and to view flawed characters with understanding rather than judgment or condemnation.

Driven by a decades-long search for the lost sister, the plot hinges on multiple coincidences that sometimes strain credulity. But Bennett mostly has us in her pocket. Her voice is assured, her images and observations rich. "Telling Stella a secret was like whispering into a jar and screwing the lid tight," she writes from Desiree's perspective, to whom it hasn't yet occurred that her sister might harbor secrets of her own. A death in the family hits one character "in waves. Not a flood, but water lapping steadily at her ankles," Bennett writes, and then adds this clincher: "You could drown in two inches of water. Maybe grief was the same."

It's a rare gift to be able to dig beyond the dirt and gossip of lives viewed superficially to get to the inner human story, to delve beyond the sensational into difficult issues, and to view flawed characters with understanding rather than judgment or condemnation. Toni Morrison's influence is evident in these pages, from a slur Desiree's dark-skinned daughter suffers that echoes the title of Morrison's novel Tar Baby, to the ability to convey both the brutal realities of racism and the beautiful wonders of love.

In The Mothers, Bennett's narrators describe how they put themselves in others' shoes and take up their burdens in order to pray for them. "If you don't become them, even for a second, a prayer is nothing but words," these ultra-empathizers explain. The same, of course, can be said of writers and their characters. Bennett's are never just words.