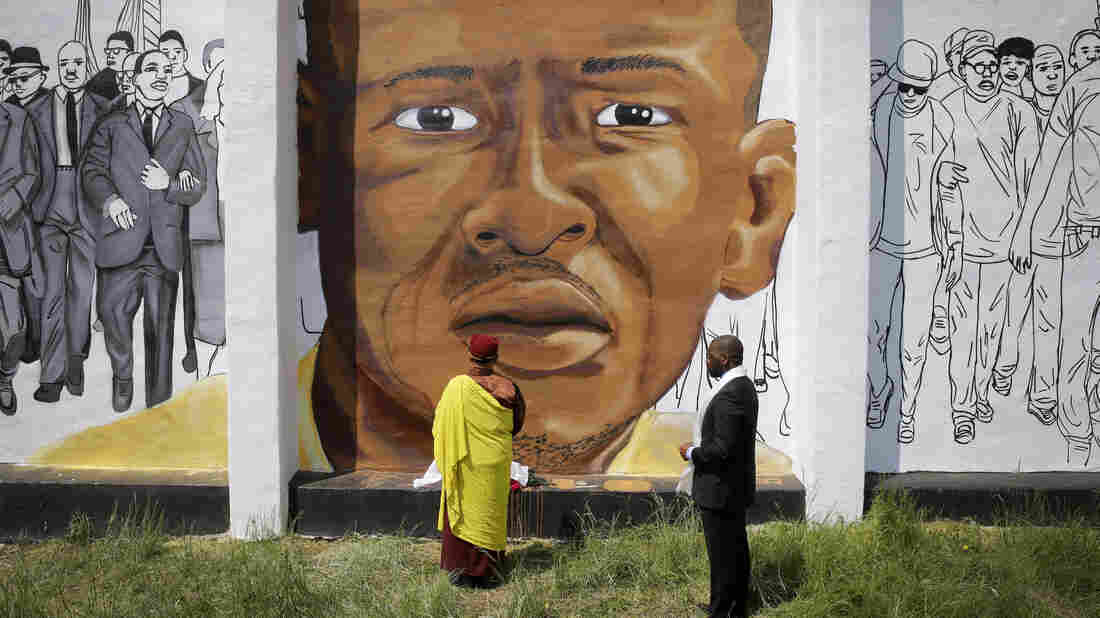 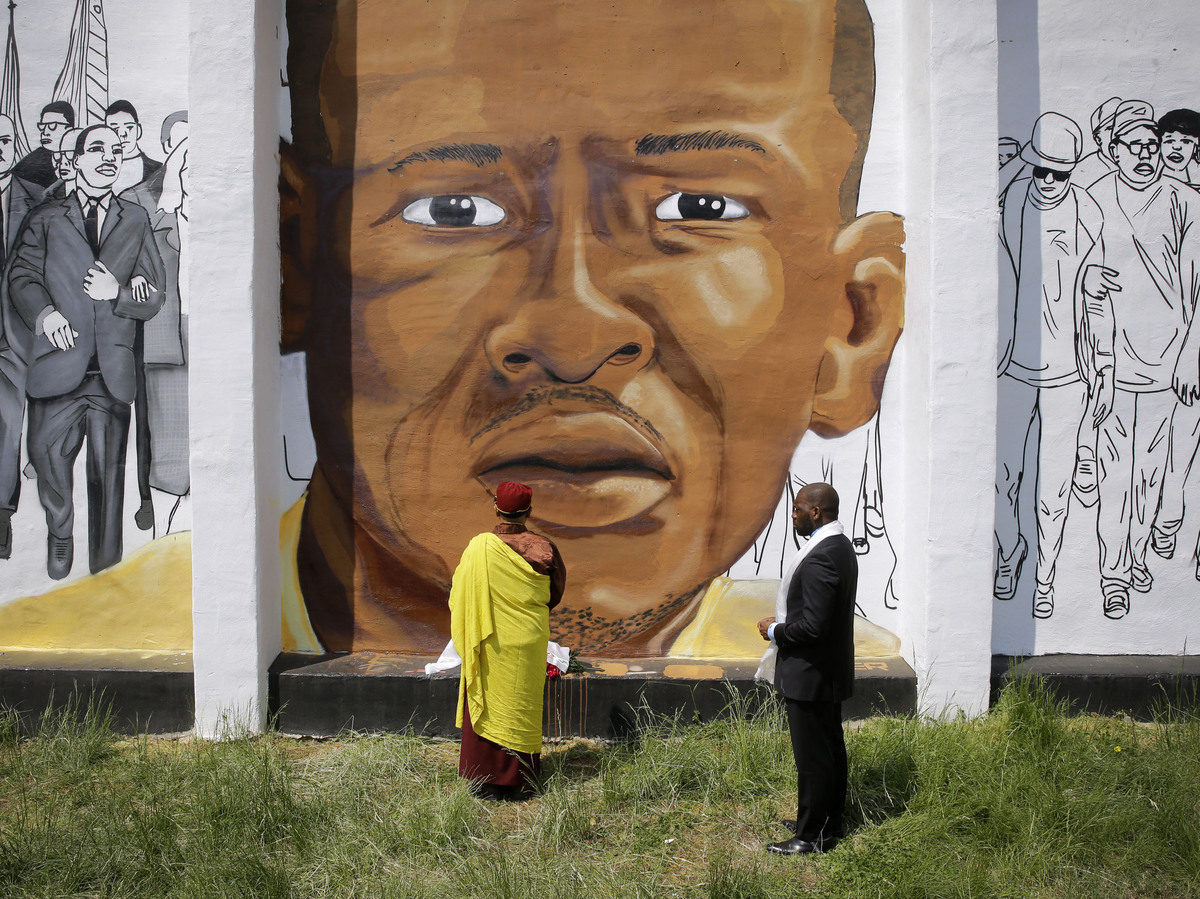 Faith leaders stand before a Baltimore mural depicting Freddie Gray, who died April 19, 2015 of injuries sustained while in police custody.

The killing of George Floyd has inspired protests across the U.S. and around the world, with crowds evoking the names of other black men and women who have died in police custody — including Freddie Gray.

In 2015, Gray was arrested in Baltimore, and put in a police van — shackled but with no seatbelt. At the end of what was later termed a "rough ride," Gray was unconscious and his neck was broken. He died a week later.

Author Wes Moore chronicles the uprising that occurred in Baltimore following Gray's death in his new book, Five Days: The Fiery Reckoning of an American City. He says that in addition to addressing inequitable policing that occurs in poor and black neighborhoods, "we also have to deal with the underlying conditions that our citizens, and oftentimes our citizens of color, are repeatedly being ... forced to endure."

The author says that Gray's life and death illustrate the ways in which people of color are constrained by poverty, racism and systemic injustice.

"Freddie Gray was born months premature, born underweight, born addicted to heroin," Moore says. He notes that Gray was exposed to unsafe levels of lead as a child while living in public housing.

"The justice that's also being sought must be an economic justice. It must be health justice. It must be housing justice," Moore says. "If we permit these tragedies to recede from our memory, we will risk the opportunity to change the systems that are ultimately responsible for all of these injustices." 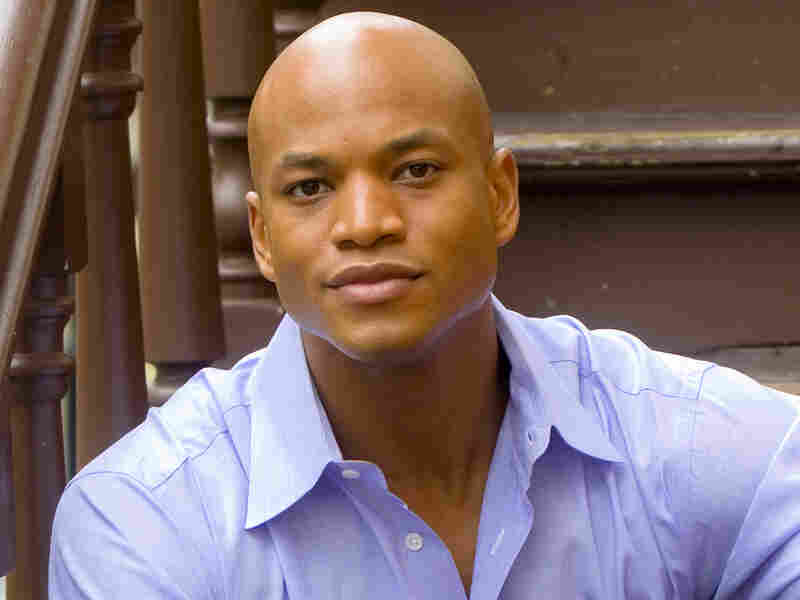 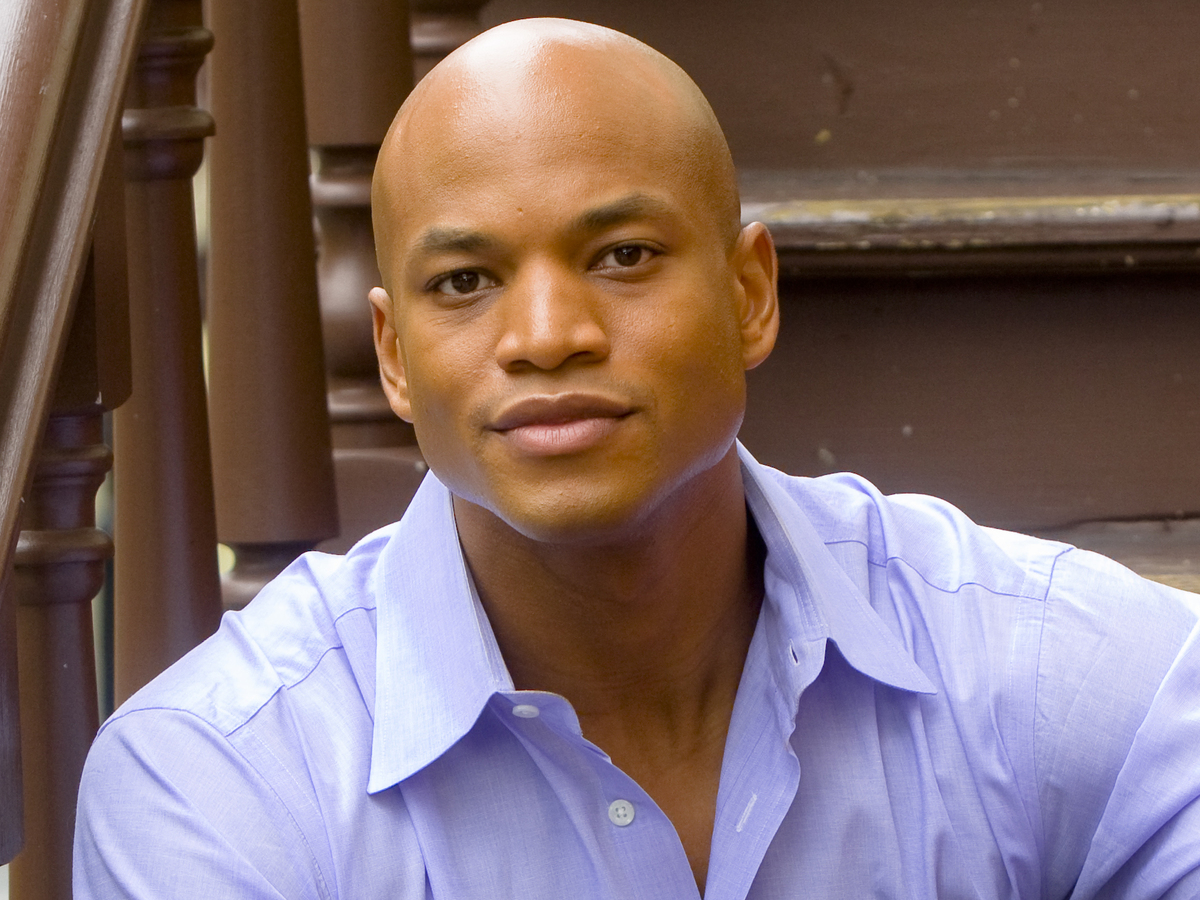 You saw places and buildings and historic landmarks up in flames. Churches that were up in flames. You also saw a level of psychological damage ... that I think in many ways the city of Baltimore has still yet to heal from. ... In just these past five years, there's just been a level of violence where the [annual] homicide rate has been over 300 in the city of Baltimore. When you look at the size of Baltimore, it's making it literally the most violent city in America right now. ... We have had a level of mistrust that is then taking place amongst elected officials. And so you've seen how this has shown itself, not just in the initial damage, but in terms of the quantifiable, measurable financial damage, but really how this has damaged the psyche of Baltimore for really a generation that has now felt the impact of this.

On the poverty and neglect that has plagued Baltimore for generations 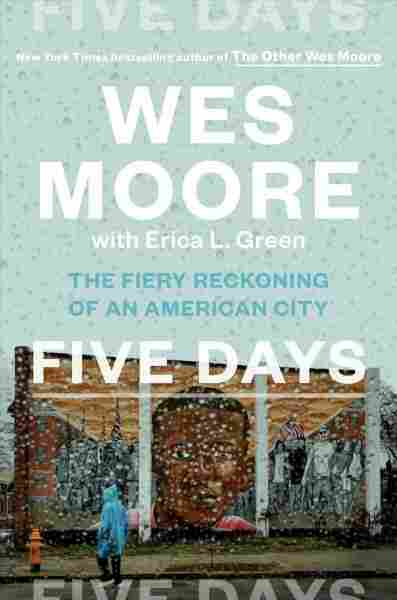 The Fiery Reckoning of an American City

On the "good apples and bad apples" conversation about police officers

... it's impossible to have a conversation about "good apples and bad apples" if we're not talking about systems.

The thing I think we saw in Baltimore — and I think it's a complete correlation between what we're seeing in Minnesota — is it's impossible to have a conversation about "good apples and bad apples" if we're not talking about systems. It's systems that continue to be put in place that allow measures of inequitable policing. It's systems that are in place that don't allow for measures of accountability, and where we can put things like civilian review boards in place. ... And so this is not just about "good apples" versus "bad apples." All of us completely acknowledge that there are some absolutely remarkable officers that we have on the force, people who are committing their lives and dedicating their lives and risking their lives for the idea of public safety. We also know that we want good people to be able to perform in good systems — and that's where the adjustment needs to happen.

The way felony murder works ... [is] when a murder happens, that the people who were accomplices in it, regardless of what your role was, even if [you] were not the person that actually took the life of somebody else, you can be held not just accountable, but actually end up receiving a similar type of sentence. We have to really think hard about this idea of toleration that then takes place. For nine minutes that officer [in George Floyd's case] had his knee on a grown man's neck while he was screaming for his life, while he was saying that he couldn't breathe, to the point that some of the last moments that he had on this earth was a 46-year-old man calling for his mother who died two years ago. And at no point did any of the officers go and say to that one officer, "That's enough," or "Ease up," or, "Hey, I got from here. Go take a walk. I got it."

Amy Salit and Thea Chaloner produced and edited the audio of this interview. Bridget Bentz, Molly Seavy-Nesper and Meghan Sullivan adapted it for the Web.

In this broadcast, we say Derek Chauvin had his hand in his pocket while he knelt on George Floyd's neck. It is not clear on the video whether that was the case.