Accessibility links
Hungary's Government Asks U.S. Media To Apologize For Critical Reports NPR received a letter from a government spokesman late Tuesday saying "Hungary has been subjected to a barrage of attacks" and requesting an apology from American news organizations and think tanks. 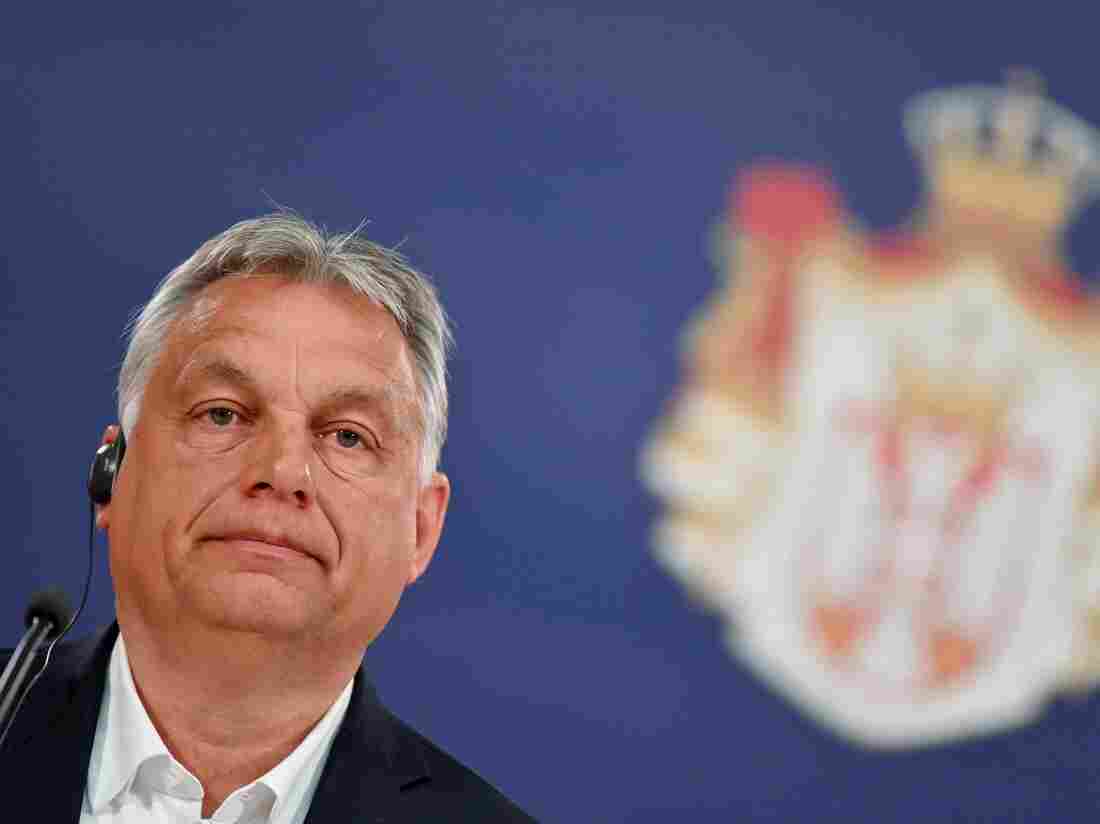 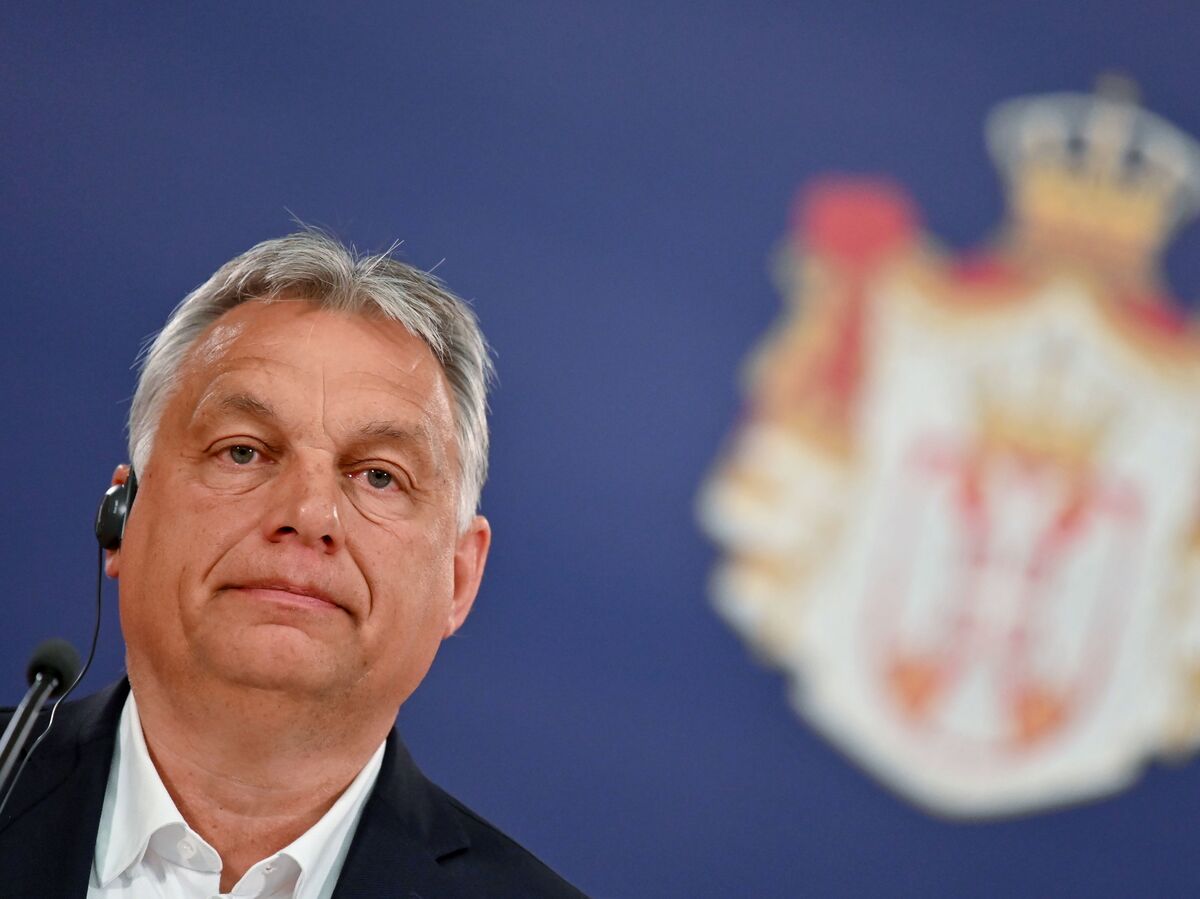 Hungarian Prime Minister Viktor Orbán at a news conference on May 15.

Hungary's government has asked American news outlets to apologize for what it calls "baseless" critical coverage of Prime Minister Viktor Orbán's coronavirus emergency powers. Granting Orbán special powers was the latest in a series of steps by Hungary's government that have stripped the country of its democracy, critics say.

In an email Hungary's Embassy in the U.S. sent NPR late Tuesday, the Secretary of State for Public Diplomacy and Relations Zoltán Kovács wrote, "Hungary has been subjected to a barrage of attacks unparalleled elsewhere in Europe."

The government came under criticism from European lawmakers and rights groups for handing Orbán special powers in late March to rule by decree during the state of emergency to respond to the coronavirus pandemic.

Now that Hungary's government plans to ask the parliament to vote to suspend the prime minister's sweeping powers, Kovács says he is offering American media organizations an opportunity to apologize.

"Such an apology is due not only to Hungary's elected Government, but also to the vast majority of Hungarians as a whole, who — regardless of party affiliation — have expressed support for the Government's measures in recent months, and who have shown exemplary unity and fortitude in complying with them," writes Kovács.

He added media also owe apologies "to your readers, viewers and audiences for being instrumental in misleading them in relation to the actions of the Hungarian government."

The letter ends with a list of 82 stories published online in April and May by NPR, CNN, Bloomberg News, The Washington Post and other outlets, as well as by a rights group and think tanks in the United States.

"I see the debate over the enabling act and now the demand for an apology as a smokescreen," says Zsuzsanna Vegh, associate researcher at the European Council on Foreign Relations.

Even without the emergency powers act, Hungary's democracy is in crisis, says Vegh.

"The government can essentially push through any legislation, any amendment. It can also alter, amend and change the Hungarian constitution," Vegh says. "The Constitutional Court has been staffed with people loyal to Orbán and to the Fidesz government, so it doesn't really act as a check, either." Fidesz is Hungary's right-wing governing party.

Last month, European Union Values and Transparency Commissioner Vera Jourova voiced concern about the situation in Hungary, telling European Parliament members, "On a daily basis we are assessing whether we can take legal action."

The apology request was not limited to U.S. media. Prime Minister Orbán has previously demanded "apologies for the disinformation campaign against Hungary," including in a letter to European lawmakers in early May. Kovács has also reportedly has sought an apology from academics, journalists and politicians in Finland.

Asked about Hungary's letter to U.S. news outlets seeking an apology, NPR spokesperson Isabel Lara said, "NPR stands behind its balanced reporting of this international story. We are a trusted source of information for millions of Americans and we take this responsibility very seriously, as we did in this coverage."