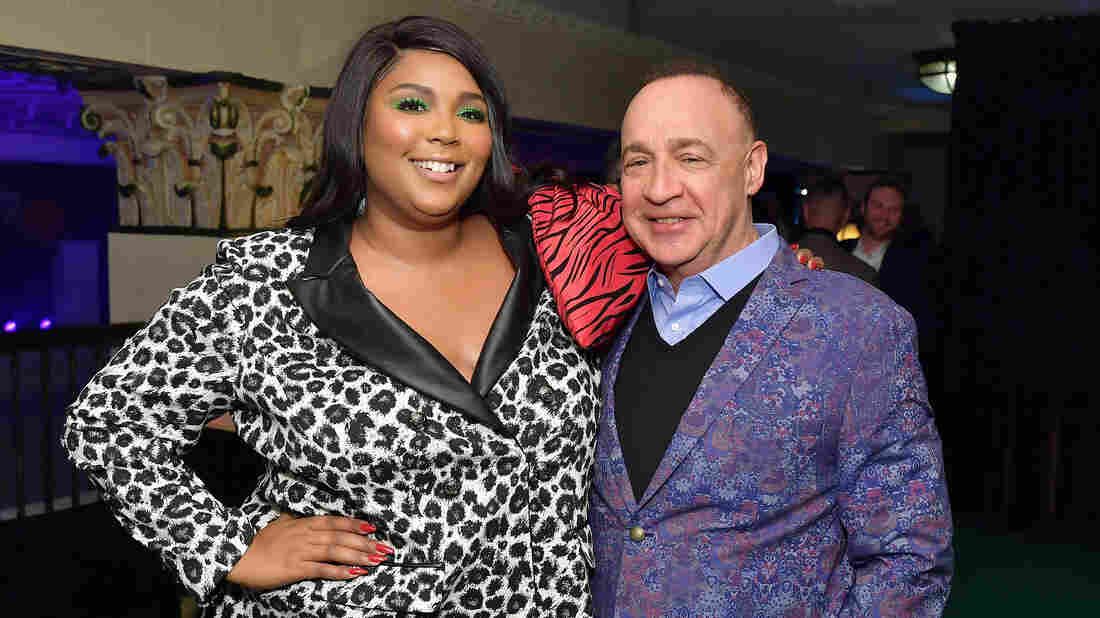 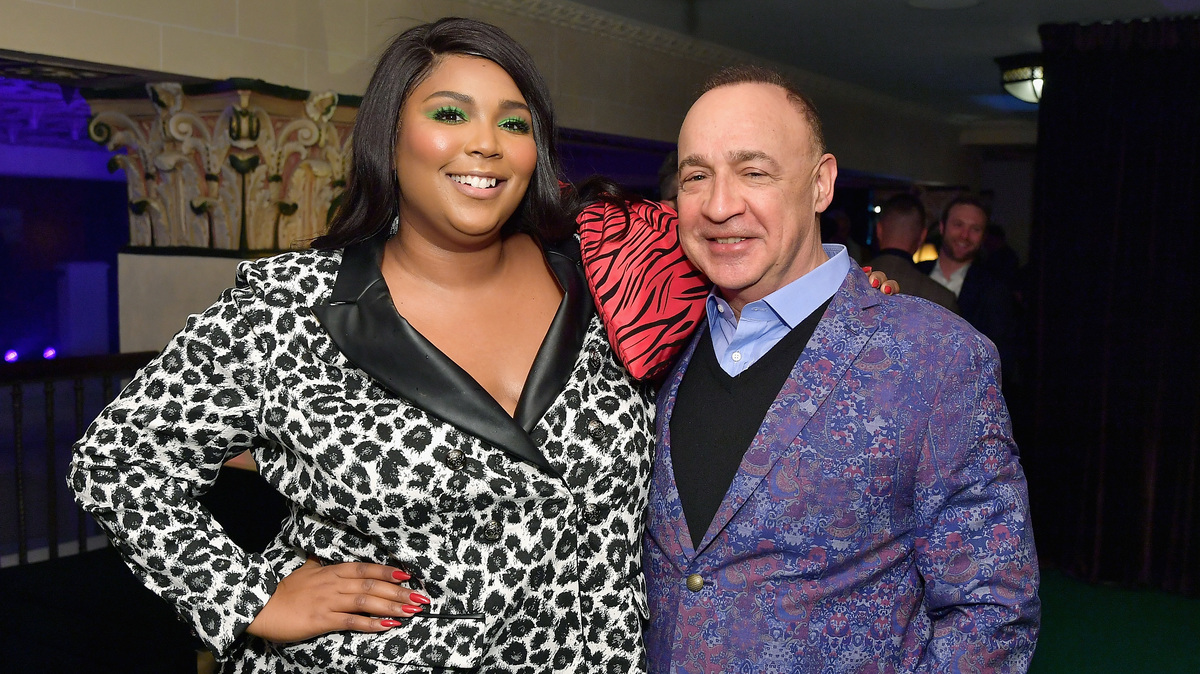 The artist Lizzo, whose album Cuz I Love You was released by Warner Music Group subsidiary Atlantic Records, and Access Industries owner Len Blavatnik, photographed at a pre-Grammys party on Feb. 7, 2019 in Los Angeles.

A day after the music industry blacked itself out en masse, Warner Music Group, one of the world's three major record labels, announced today that it is back to business in a big way. But not as usual. As of today, the conglomerate will be a publicly traded company. (That is, for a second time — WMG first went public in 2005, before being taken private again, following an acquisition several years later.)

Warner Music Group, parent company to labels like Atlantic, Elektra and Parlophone and artists like Cardi B and Ed Sheeran, has listed 77 million new shares on the Nasdaq, at $25 per, raising a potential $1.925 billion, if that valuation holds. The company says it generated $4.5 billion in revenue last year. 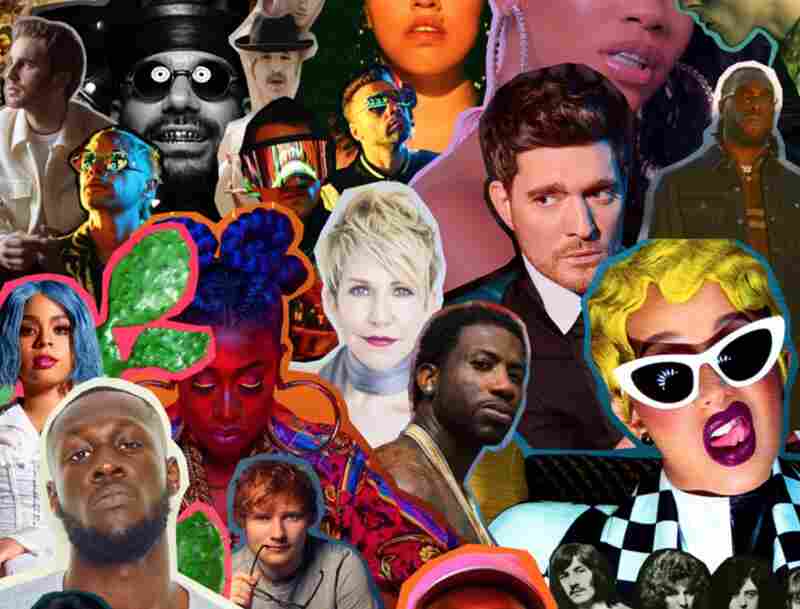 Detail from an image included in Warner Music Group's prospectus filing with the SEC, depicting artists that work with the company. SEC hide caption

Warner Music Group was purchased by Access Industries, the multinational company of Ukraine-born billionaire Len Blavatnik, in 2011 for $3.3 billion — the same year that Spotify landed on U.S. shores. The arrival of Spotify, after years of shrinking balance sheets throughout the recorded music industry, made Blavatnik's timing for buying into the music fray fairly impeccable. In 2011, the global recorded music market's value had declined over the previous decade from $23.9 to $15 billion. Last year, it had made up much of that ground, reaching $19.1 billion in revenues, per the IFPI.

In addition to Warner Music, Access Industries has investments in chemicals and natural resources, real estate and biotechnology, as well as investments spread throughout the tech sector (Amazon, Square, Yelp, among others). In a profile on Blavatnik from 2014, The New Yorker wrote that his fortune's origins can be traced back to interests in aluminum and oil post-perestroika, the privatization of industries following the collapse of the Soviet Union.

Warner Music and the Blavatnik Family Foundation also used the day to announce a $100 million fund intended to "support charitable causes related to the music industry, social justice and campaigns against violence and racism." No specific beneficiaries were announced.

On Instagram, the artist Kelis continues to draw attention for a post in which she wrote: "If the music industry wants to support black lives, labels and platforms can start with amending contracts, distributing royalties, diversifying boardrooms and retroactively paying back all the black artists, and their families, they have built their empires on." The Warner Music Group senior management team does not currently include any persons of color.