Accessibility links
Ex-UAW Leader Gary Jones Pleads Guilty To Embezzlement, Racketeering In the latest update to a UAW corruption scandal, Jones admits he conspired to embezzle more than $1 million of union money in addition to pleading guilty to racketeering and tax evasion. 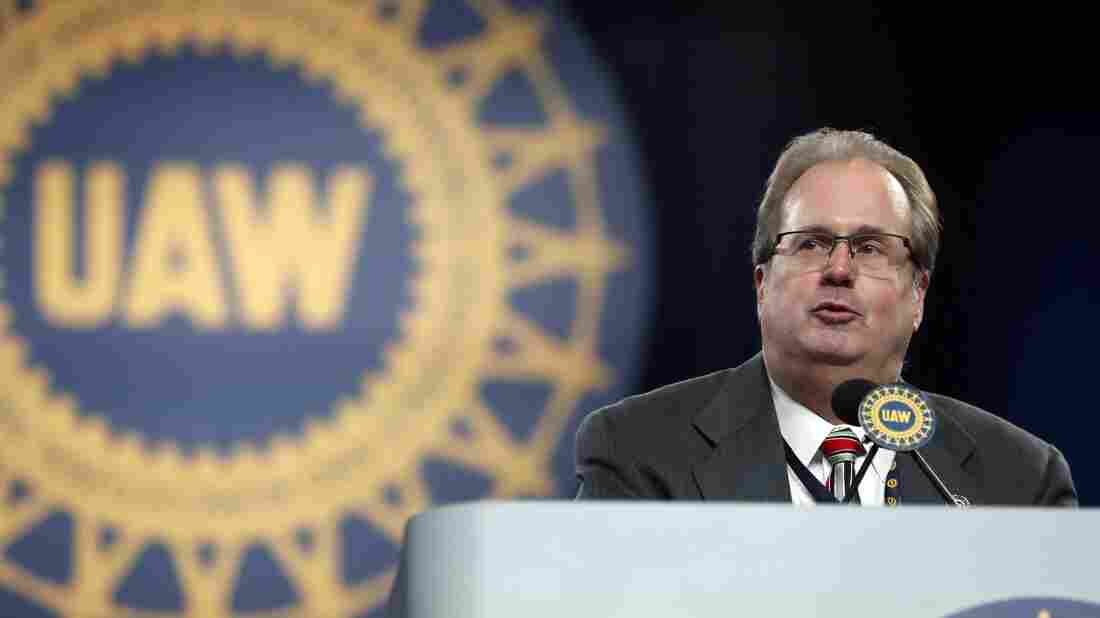 Gary Jones, former president of the United Auto Workers, has admitted he conspired to embezzle more than $1 million out of dues paid by union members. Carlos Osorio/AP hide caption 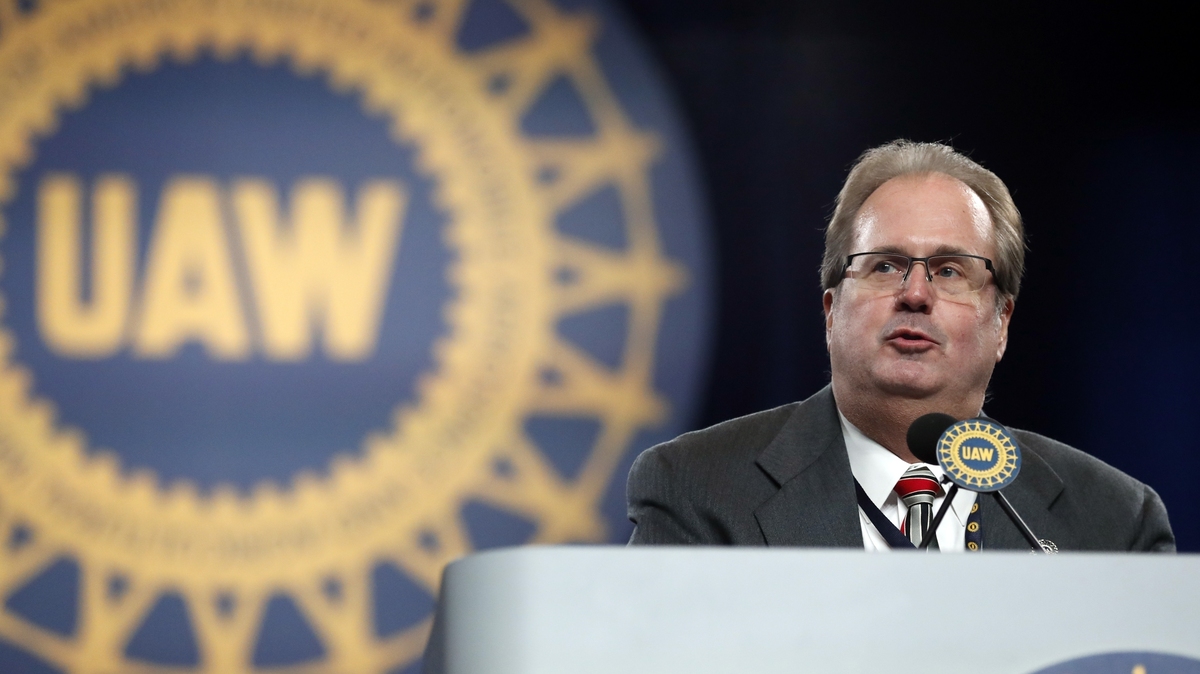 Gary Jones, former president of the United Auto Workers, has admitted he conspired to embezzle more than $1 million out of dues paid by union members.

Gary Jones, the former president of the United Auto Workers, has pleaded guilty to embezzlement, racketeering and tax evasion as part of a larger scandal over union corruption that has shaken trust in the union and exposed it to a possible federal takeover.

Jones admits he conspired to embezzle more than $1 million out of dues paid by union members, the Department of Justice said Wednesday.

The corruption started in 2010 when Jones was a high-ranking UAW official. He became president of the autoworkers' union in June 2018 and led the group through the high-profile General Motors strike in 2019.

Jones and other union officials spent hundreds of thousands of dollars in union funds on personal expenses such as golfing, cigars, meals and liquor, and private villas while using fraudulent expense forms to conceal the embezzlement, the Justice Department said.

"In just one of the years of the conspiracy, Jones used UAW money to purchase over $13,000 in cigars for the use of high-level UAW officials," the department said.

U.S. Attorney Matthew Schneider said the Justice Department's investigation is moving into a "new phase" and will shift its focus to reforming the UAW in addition to investigating the criminal conduct.

Rory Gamble, the UAW's new president, said in a statement Wednesday that the corrupt officials' actions "were selfish, immoral, and against everything we stand for as a Union."

He said the union has instituted new oversight and accountability reforms that "will be expanded upon to ensure the crimes we've seen never happen again."