Accessibility links
Amid Protests Against Police Violence LA Mayor Eric Garcetti Announces Cuts To LAPD The department was set to receive a staggering increase in its annual budget from $1.189 billion to $1.86 billion for the 2020-2021 year. But on Wednesday Garcetti said he's looking to make deep cuts. 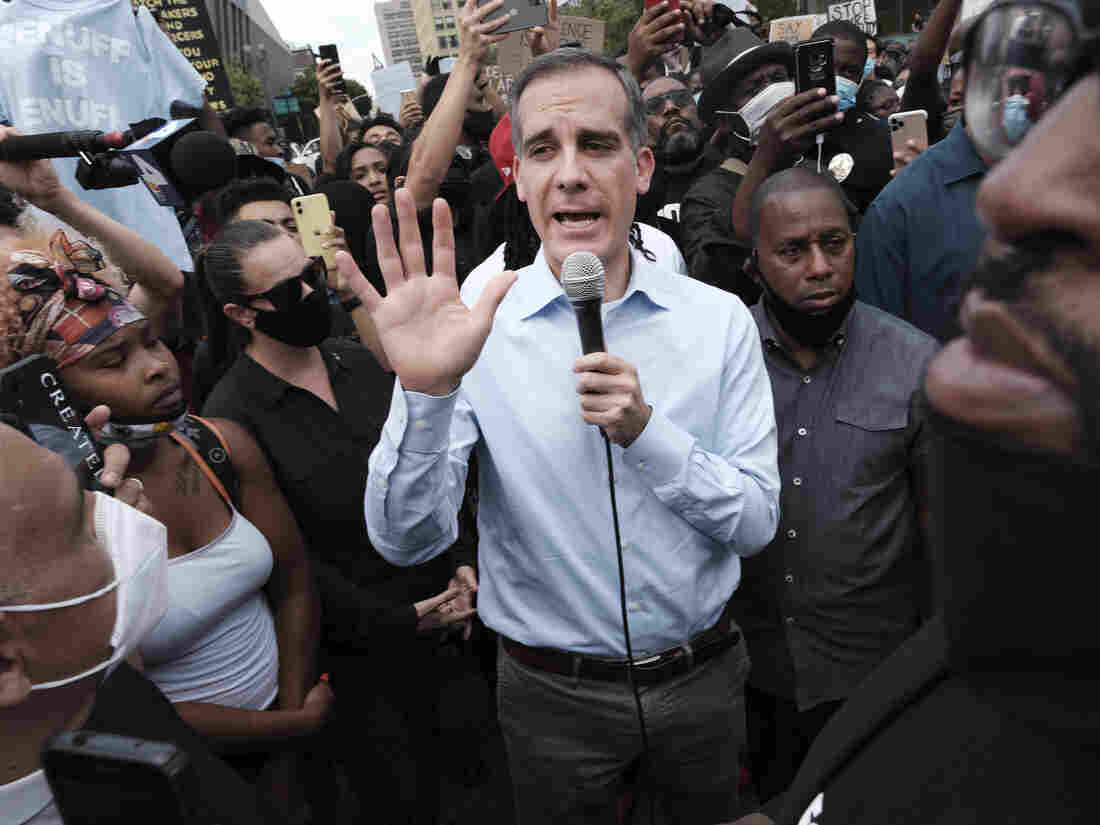 "We need to make a firm commitment to change, not just with words but with action," Los Angeles Mayor Eric Garcetti said on Wednesday. Richard Vogel/AP hide caption 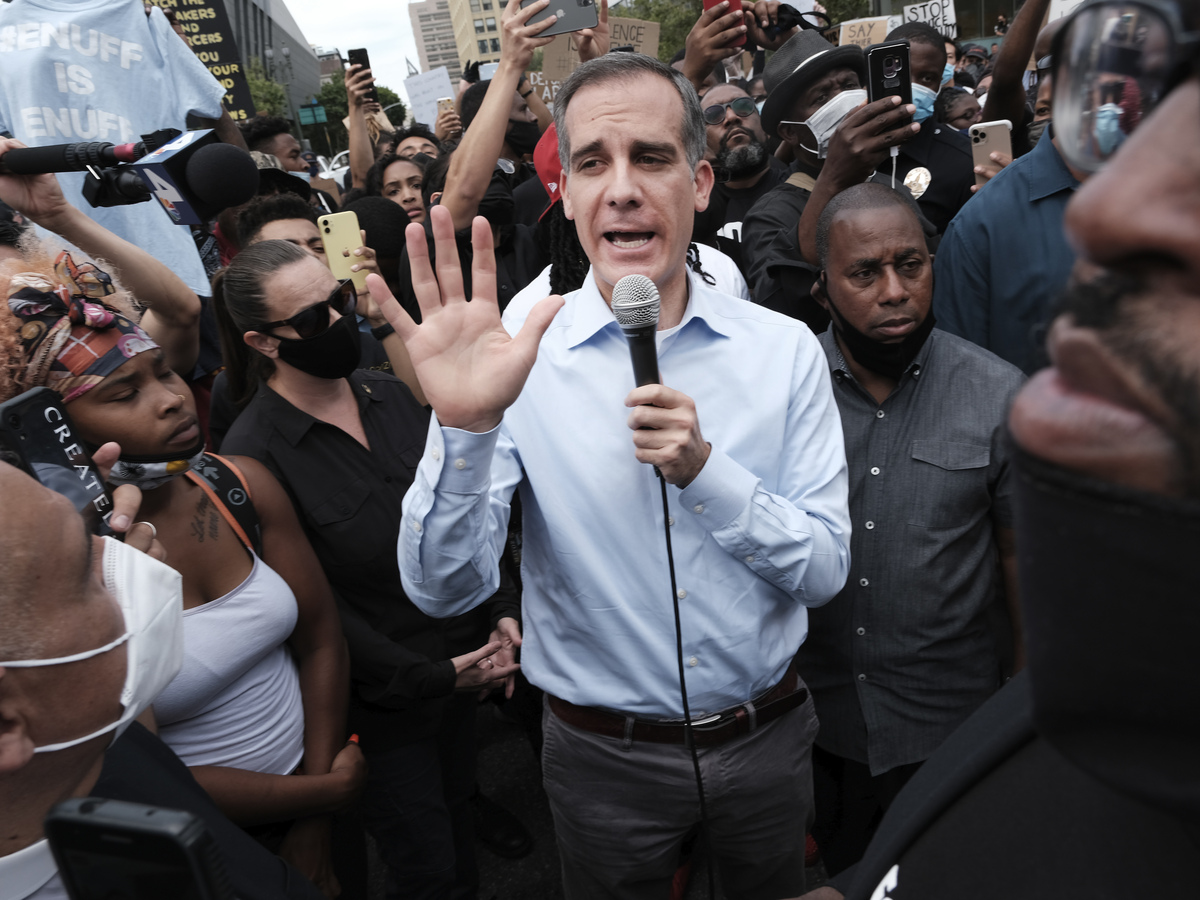 "We need to make a firm commitment to change, not just with words but with action," Los Angeles Mayor Eric Garcetti said on Wednesday.

Los Angeles Mayor Eric Garcetti announced he is scrapping plans for a massive budget boost to the city's police department, amid more than a week of unrest over police brutality.

The Los Angeles Police Department was set to receive a staggering increase in its annual budget to $1.86 billion for the 2020-2021 fiscal year — up about $122 million over last year.

That plan — which allocated a 7% spending increase for the department and nearly $41 million in bonuses — drew widespread fury among residents, especially those who have witnessed violent attacks by law enforcement responding to protesters over the past nine days.

But on Wednesday, Garcetti said he has heard protesters and plans to divert some of the funds that were supposed to go to the police, and use them to address problems in the black community.

"We need to make a firm commitment to change, not just with words but with action," he said during a daily news briefing.

The move marks a major concession to protester's demands since demonstrations started across the nation, ignited by the killing of George Floyd by white Minneapolis Officer Derek Chauvin.

Garcetti called the recent unrest "a movement to change who we are in America when it comes to black America and our criminal justice system."

His remarks came as hundreds of protesters rallied outside of his home in Hancock Park for the second day in a row. And on the heels of another day of protests throughout the sprawling city, including demonstrations in front of the city's civic centers. Crowds surrounded city hall and the criminal courthouse for much of the day.

Not only will the LAPD budget not increase, the mayor is also looking to make cuts. He said he is committed to slashing another $250 million within the department as he plans to do across all others.

He said that will allow an investment in education, health and jobs within the city's black communities.

"We need to make sure that black Americans see an end to the days of murder in broad daylight and of traffic stops simply because of the color of their skin," the mayor said.

To that end, he said, the LAPD will require officers to intervene when they see excessive or inappropriate use of force.

In Minneapolis, three now-fired officers — Tou Thao, J. Alexander Kueng and Thomas K. Lane — participated in Floyd's arrest and watched as former Officer Derek Chauvin pushed his knee into the 46-year-old's neck for more than eight minutes. During that time, none of them attempted to intervene as Floyd gasped for air and repeatedly said, "I can't breathe."

All three were charged with aiding and abetting murder on Wednesday while charges against Chauvin were upgraded from third-degree murder to second-degree murder.

In Los Angeles, Garcetti said the police department will also implement a moratorium on entering people into the CalGang database, a statewide database that contains about 100,000 alleged gang members and associates.

Law enforcement officials maintain that the tool is intended "to enhance officer safety, improve the efficiency of criminal investigations and identify and track gang members." But criminal justice reformers are critical of its use. They argue the secretive database — the public cannot access the system — can ensnare innocent people without their knowledge.

"The LAPD places more people on CalGang than any other law enforcement agency in the state. According to 2018 data by the attorney general's office, the department was responsible for 20,583 individuals — more than 20% of the names in the database."

Garcetti also plans to establish a Department of Civil and Human Rights in coming months.

"We need to keep moving toward a new model of peace officer. Of a guardian-based system. And invest long before any criminal activity ever comes," he said.