Freddie Gibbs And The Alchemist Perfect The Rap Duo Recipe

Freddie Gibbs And The Alchemist Perfect The Rap Duo Recipe 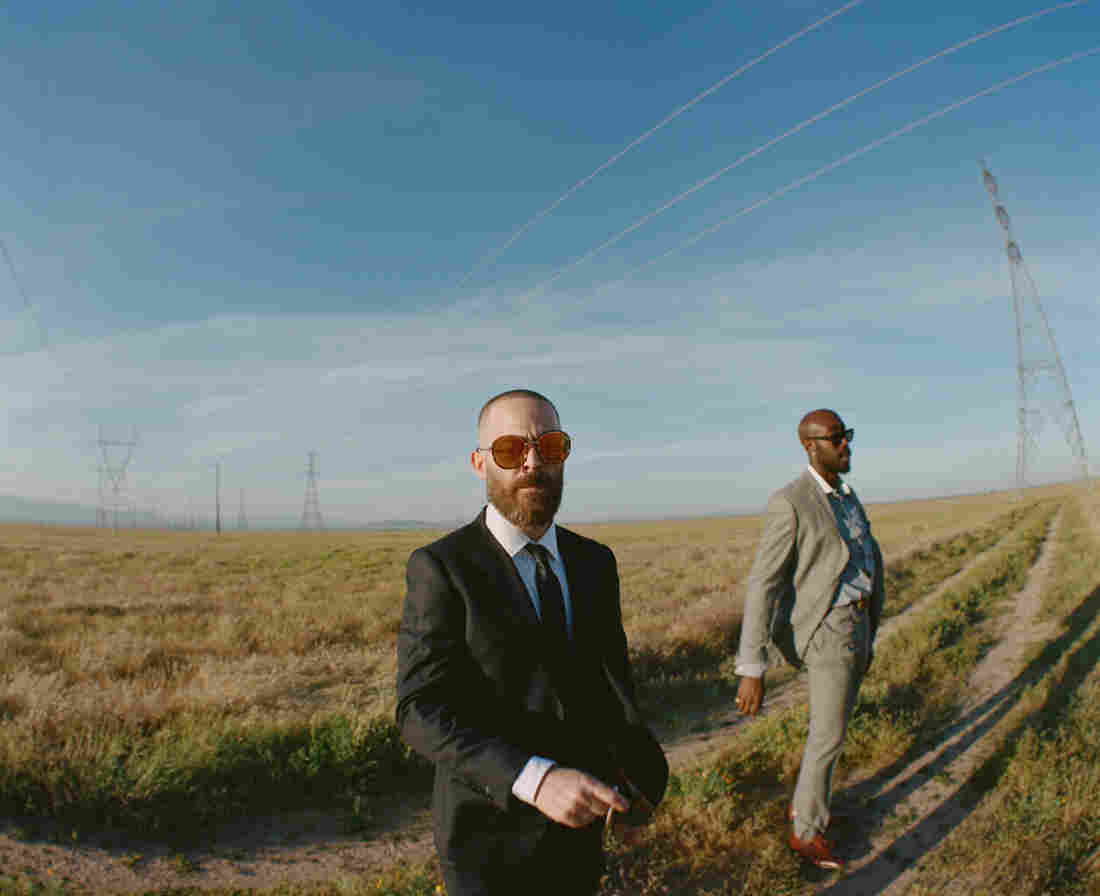 Freddie Gibbs (right) seems born to spit over The Alchemist's productions. Their new album, Alfredo, is a delicious portmanteau of their names. Nick Walker/Courtesy of the artist hide caption 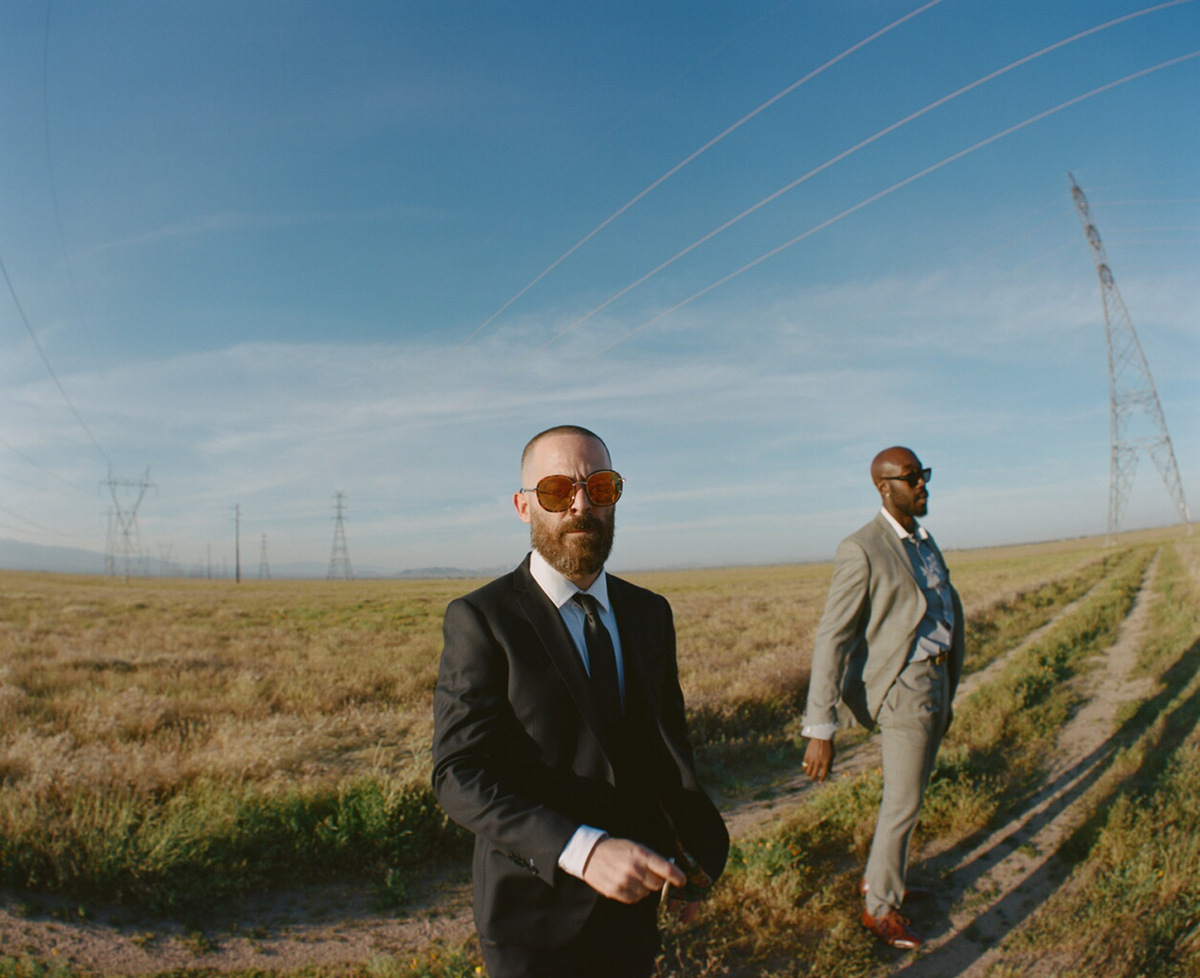 Freddie Gibbs (right) seems born to spit over The Alchemist's productions. Their new album, Alfredo, is a delicious portmanteau of their names.

Many hip-hop albums that top the Billboard 200 these days share a few telltale characteristics. Future's latest No. 1 album High On Life sports 21 songs and some two dozen producers, while the just-released "deluxe" edition of Lil Wayne's Funeral swelled the January 2020 original's already ample offering to a gluttonous 103 minutes, bringing it to about the runtime of your average modern horror movie.

Meanwhile, the underground continues to cook with concise and consistent rap projects that clock in closer to the half-hour mark. Less concerned about gaming the system than feeding the streets, these nimbly released and digestible efforts come from talents like the Eminem-endorsed Griselda crew, out of Buffalo, and lesser-known artists using highly accessible digital platforms like Bandcamp for self-promotional aims beyond their cities' limits.

The one-rapper-one-producer format appears the most prevalent, or at least the one that generates the most excitement — and often the best results. In keeping with that tradition, we now end up with Alfredo, a highly-anticipated albeit surprise-released collaborative album from rapper Freddie Gibbs and producer The Alchemist whose title serves as a delicious portmanteau of their names.

While shorter albums are trending to an extent, it's certainly not the mainstream norm. Popularized by Drake's 2016 album Views, the creatively Frankensteined and double-stuffed approach has become all-too-predictable in major-label rap. By design and with intentional forethought, it exploits Billboard's increasingly streaming-centric methodology. All the while, these artists, their teams, and the record companies know full well that consumers aren't sitting down and listening to these overstuffed multi-producer efforts front-to-back.

Following a string of similarly taut 2020 records including Flee Lord's Hand Me My Flowers with hip-hop legend Buckwild behind the boards and the Roc Marciano-produced Stove God Cooks set Reasonable Drought, by contrast, Alfredo contributes exquisitely to the counter-programming effort. And though by no means the first to operate in this space, Freddie Gibbs just so happens to be one of the best to do the rapping part.

A profoundly skilled Gary, Ind., rapper who navigated the major label system for a few years before finding success in independence, he's done this sort of thing before — and incredibly well. Lord Giveth, Lord Taketh Away, a 2011 project with the Boston-bred, New York-based producer Statik Selektah, offered a glimpse at the power of his pen, a strength which grew tenfold with the release of the Madlib-helmed Piñata just three years later. The veteran beatsmith from Oxnard, Calif., came to that album with considerable clout, having earned accolades for his myriad instrumental projects and, most prominently, the 2004 MF Doom team-up Madvillainy. With Gibbs' profile raised exponentially by Piñata, it made sense that they'd reunite five years later for Bandana, which debuted at No. 21 on the Billboard 200.

A veteran producer beloved by boom-bap purists and street-rap aficionados, The Alchemist has had skin in the game since the early 1990s, when he emceed in a duo with eventual actor Scott Caan. But those Beverly Hills beginnings led to bigger things when he switched primarily to beatmaking, working with Dilated Peoples on the West Coast and Mobb Deep on the East Coast. In the 2000s, he'd gotten enough respect to be mentioned in hip-hop magazines alongside then-contemporary, still-noted hitmakers like The Neptunes and Timbaland. In more recent years, he's become known as a frequent collaborator (and on-screen F**k That's Delicious cohort) of rapping personality Action Bronson, as well as a reliable booster for outstanding indie rappers including Boldy James, Conway The Machine and Curren$y.

With Alfredo, the Alchemist's gritty rhythms and soulful snippets are abutted by Gibbs' criminally minded, top-tier lyricism over the course of 35 minutes. The product of a deceptively simple recipe, the musical and thematic ingredients they respectively bring to the table achieve near-perfection when combined. Jazz fusion noodles with anxious drug-dealer laments on "Skinny Suge," giving the decadent track umami depth. On the hazy "Look at Me," the twin vintages of hazy R&B and samples from Lifestyles of the Rich and Famous feel as special as truffles shaved tableside. It's like tasting an old family dish in the restaurant's kitchen, right before service, after having raved to the chef for a half hour about the wonders of molecular gastronomy.

To some, such praise might seem a hangry response given the tradition is as conventional as any in hip-hop history. Back in the mid-to-late 1970s and into the next decade, DJs and emcees would pair up for crowd-pleasing routines alongside the more crowded crews, all following the example set by Kool Herc and Coke La Rock. From there, the golden age of hip-hop normalized duos to great effect. Eric B played a sample-seeking foil for Rakim's rugged rhyming, and DJ Jazzy Jeff set The Fresh Prince up for success. But the music business loves to spotlight a solo star, and for several years duos and even groups became less common while wave after wave of individuals crested and coasted the airwaves, often leveraging one-off guest features for the benefit of one or both parties. Beyond the mainstream's youth-oriented chart-chasing, the 2010s eventually swung the pendulum back to yield fresh new takes on the format like billy woods and Kenny Segal's Hiding Places and Jay-Z's mature artistic revival 4:44 with No-ID.

With those recent records in mind, fans of Gibbs and Alchemist knew they would deliver something not only mutually beneficial but downright thrilling. There had been clues to the caliber of their collusion here and there, most notably as a trio with the aforementioned Curren$y out of New Orleans on the 2018 mixtape Fetti. While the record was well-received and remains appreciated by die-hards, the third member's stoner presence wasn't exactly missed on the tracks he abstained from. Peppered by cocaine sniffs and loaded clips, the macabre "Willie Lloyd" lurked in Chicago alleys, while the bass-plucked drama of "Now & Later Gators" let Gibbs scratch the shower-singing Teddy Pendergrass itch he sometimes indulges.

After such a delectable antipasti, Alfredo was inevitable. Here, Gibbs seems born to spit over Alchemist productions, more so than he did on Madlib's oft gonzo ones. For the dizzyingly downtuned "God is Perfect," he does double- and even triple-timed flows over the sludgy piano beat as he sees fit, slowing down to something between staccato and hiccup. He goes profoundly meta about his history on "Something to Rap About," a cleverly executed post-mafioso rap set to quiet-storm smoothness that leaves guest Tyler, The Creator at a disadvantage for his own verse. Similarly faced with The Alchemist's tickled ivories and a conversationally formidable dining companion, Rick Ross matches the tense mood on "Scottie Beam" with one of the best features this side of 2012's God Forgives, I Don't.

Like many sitting out the pandemic at home, Gibbs has been watching television. For opener "1985," he obsesses over Michael Jordan circa The Last Dance and name-drops Netflix's controversial Tiger King subject Joe Exotic over Alchemist's Isley-esque rock repurposing. (On "Baby $hit," a snippet of Chazz Palminteri's ice-cold take on crime boss Joe Bonanno from the recent Godfather of Harlem series suggests Alchemist is doing his fair share of quarantine streaming too.) Even with the up-to-date set of references in his arsenal, he eases comfortably into the signature Gangsta Gibbs bars that have defined so much of his best work, likening himself to the titular Harlem kingpin on "Frank Lucas" and invoking both El Chapo's name and his calculated cruelty on closer "All Glass."

That said, Alfredo goes beyond portrayals of block legends and small-screen gangsters. In a prescient moment recorded before the George Floyd protests erupted, Gibbs taps into a well of righteous anger over police violence against Black men on "Scottie Beam." Conjuring Gil Scott-Heron's poetic rhetoric, basketball culture and a Queen & Slim plot point, he recounts racist traffic stops and other such dubious encounters with the law. Soundtracked by one of Alchemist's best beats of 2020 so far, Gibbs suggests a revolution or all out war always seemed one move away. Together, they do in ten tracks what most rappers fail to do in twenty, leave you wishing for leftovers.