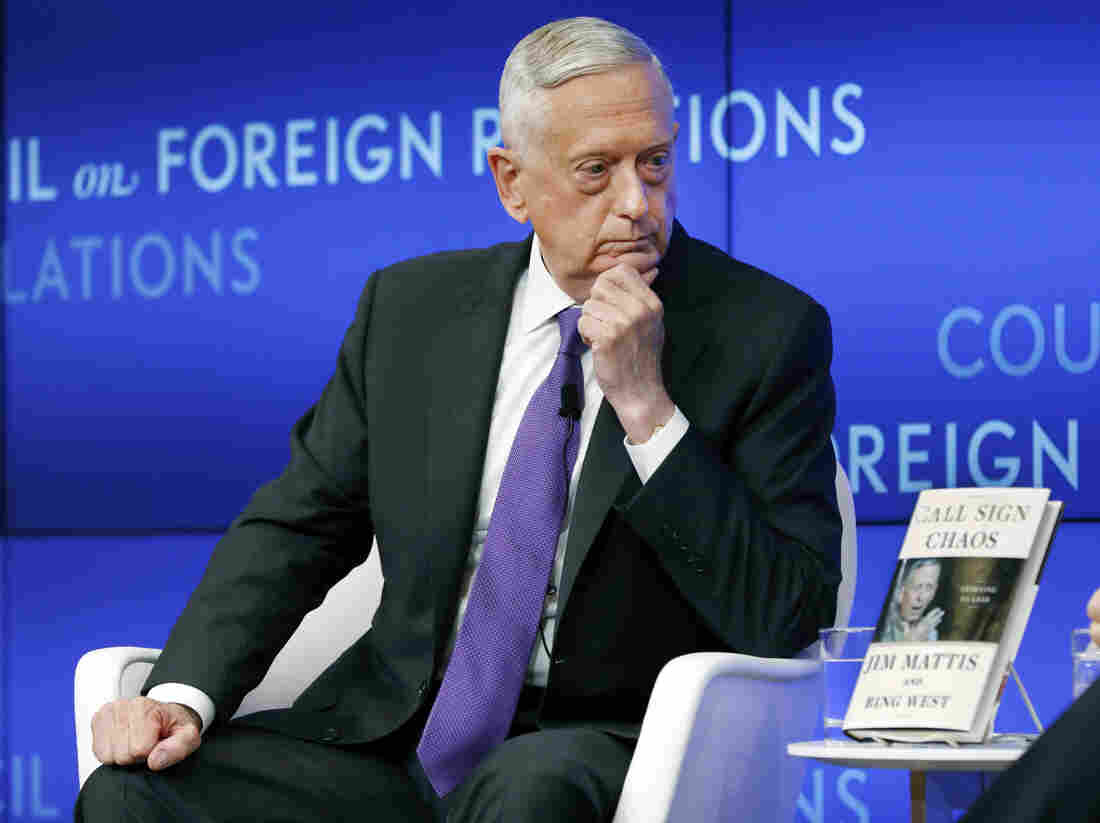 Former U.S. Secretary of Defense Jim Mattis listens to a question during an appearance at the Council on Foreign Relations, in New York, in September. Mattis on Wednesday issued an extraordinary rebuke of President Trump. Richard Drew/AP hide caption 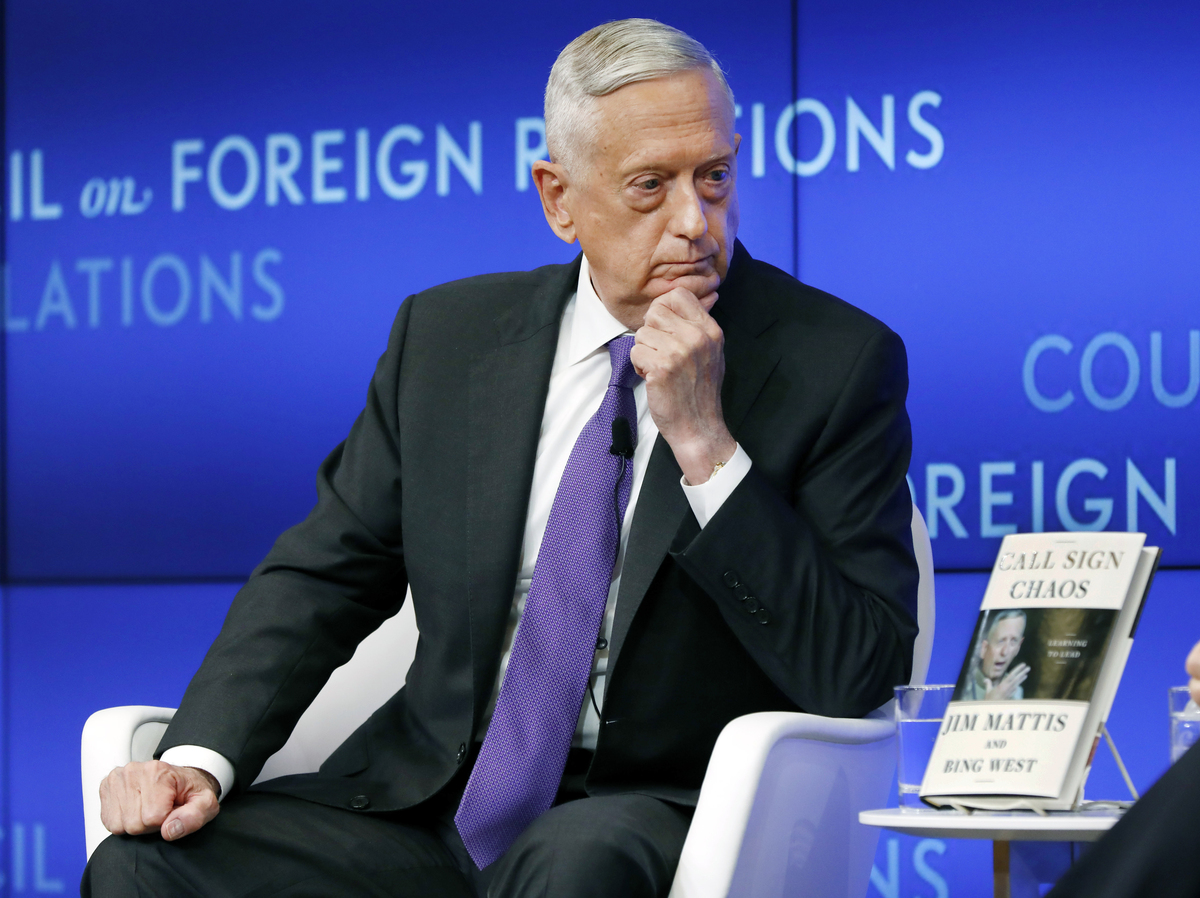 Former U.S. Secretary of Defense Jim Mattis listens to a question during an appearance at the Council on Foreign Relations, in New York, in September. Mattis on Wednesday issued an extraordinary rebuke of President Trump.

Former Defense Secretary Jim Mattis issued an extraordinary criticism of President Trump's leadership in a statement published in The Atlantic on Thursday.

Read the full text of the retired Marine general's statement:

IN UNION THERE IS STRENGTH

I have watched this week's unfolding events, angry and appalled. The words "Equal Justice Under Law" are carved in the pediment of the United States Supreme Court. This is precisely what protesters are rightly demanding. It is a wholesome and unifying demand — one that all of us should be able to get behind. We must not be distracted by a small number of lawbreakers. The protests are defined by tens of thousands of people of conscience who are insisting that we live up to our values — our values as people and our values as a nation.

When I joined the military, some 50 years ago, I swore an oath to support and defend the Constitution. Never did I dream that troops taking that same oath would be ordered under any circumstance to violate the Constitutional rights of their fellow citizens — much less to provide a bizarre photo op for the elected commander-in-chief, with military leadership standing alongside.

We must reject any thinking of our cities as a "battlespace" that our uniformed military is called upon to "dominate." At home, we should use our military only when requested to do so, on very rare occasions, by state governors. Militarizing our response, as we witnessed in Washington, D.C., sets up a conflict — a false conflict — between the military and civilian society. It erodes the moral ground that ensures a trusted bond between men and women in uniform and the society they are sworn to protect, and of which they themselves are a part. Keeping public order rests with civilian state and local leaders who best understand their communities and are answerable to them.

James Madison wrote in Federalist 14 that "America united with a handful of troops, or without a single soldier, exhibits a more forbidding posture to foreign ambition than America disunited, with a hundred thousand veterans ready for combat." We do not need to militarize our response to protests. We need to unite around a common purpose. And it starts by guaranteeing that all of us are equal before the law.

Instructions given by the military departments to our troops before the Normandy invasion reminded soldiers that "The Nazi slogan for destroying us ... was 'Divide and Conquer.' Our American answer is 'In Union there is Strength.'" We must summon that unity to surmount this crisis — confident that we are better than our politics.

Donald Trump is the first president in my lifetime who does not try to unite the American people — does not even pretend to try. Instead he tries to divide us. We are witnessing the consequences of three years of this deliberate effort. We are witnessing the consequences of three years without mature leadership. We can unite without him, drawing on the strengths inherent in our civil society. This will not be easy, as the past few days have shown, but we owe it to our fellow citizens; to past generations that bled to defend our promise; and to our children.

We can come through this trying time stronger, and with a renewed sense of purpose and respect for one another. The pandemic has shown us that it is not only our troops who are willing to offer the ultimate sacrifice for the safety of the community. Americans in hospitals, grocery stores, post offices, and elsewhere have put their lives on the line in order to serve their fellow citizens and their country. We know that we are better than the abuse of executive authority that we witnessed in Lafayette Square. We must reject and hold accountable those in office who would make a mockery of our Constitution. At the same time, we must remember Lincoln's "better angels," and listen to them, as we work to unite.

Only by adopting a new path — which means, in truth, returning to the original path of our founding ideals — will we again be a country admired and respected at home and abroad.