'I Can Breathe Now': After Days Of Nationwide Protests, George Floyd Is Eulogized

'I Can Breathe Now': After Days Of Nationwide Protests, George Floyd Is Eulogized 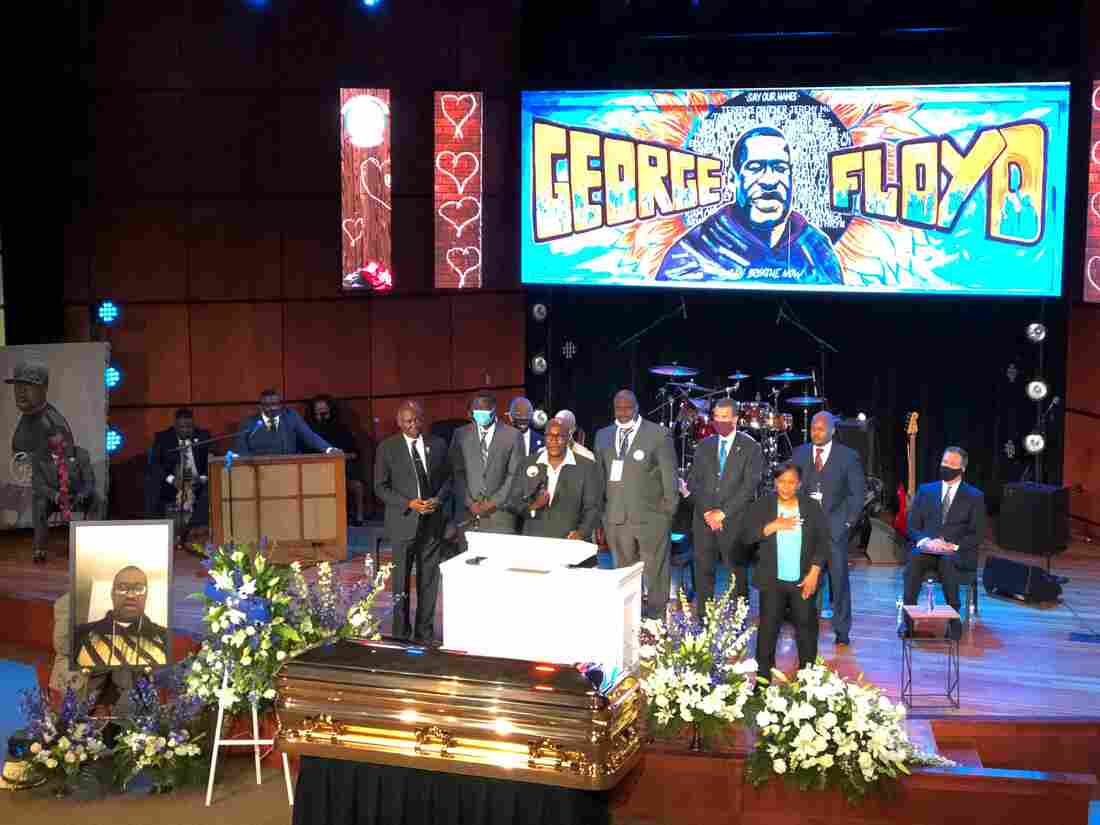 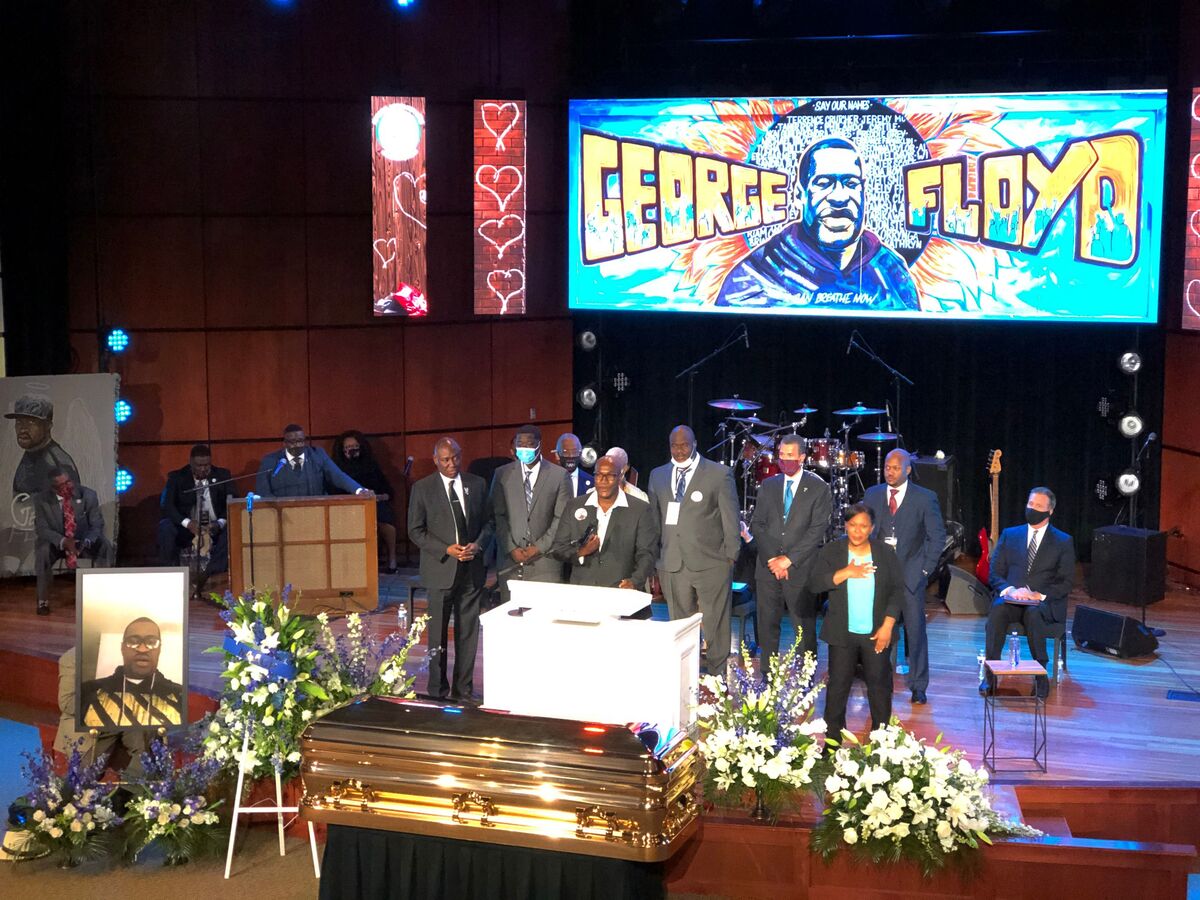 A memorial was held Thursday for George Floyd, who died last week after a police officer pressed a knee into his neck while detaining him in Minneapolis, triggering protests across the country.

In front of a golden casket and flower bouquets, and against a backdrop of artwork depicting Floyd saying, "I can breathe now," his brother Philonise shared memories of growing up together, eating banana mayonnaise sandwiches and sleeping in the same bed as kids.

"All these people came to see my brother," Philonise Floyd said. "And that's amazing to me that he touched so many people's hearts. Because he's been touching our hearts."

"Everybody wants justice," he continued, referring to those who have been protesting in the streets. "We want justice for George. He's gonna get it!"

In an impassioned eulogy, civil rights activist the Rev. Al Sharpton said visiting where Floyd died made him realize that what happened there is a metaphor for the African American experience.

"When I stood at that spot, the reason it got to me is that George Floyd's story has been the story of black folks," Sharpton said. "Because ever since 401 years ago, the reason we could never be who we wanted and dreamed of being is you kept your knee on our neck."

He continued, "What happened to Floyd happens every day in this country, in education, in health services and in every area of American life. It's time to stand up in George's name and say get your knee off our necks!"

Sharpton said he and the Floyd family are organizing a march in the nation's capital in August to call for equality in policing and criminal justice. The event, he said, would mark the 57th anniversary of the 1963 March on Washington during which the Rev. Martin Luther King Jr. gave his "I Have a Dream" speech.

Mourners inside the North Central University sanctuary, the site of the memorial, wore masks, some with pictures of Floyd on them.

In a statement, the university said it took steps "to ensure appropriate measures will be in place for health and safety related to COVID-19."

Floyd's death set off nationwide protests against police brutality that have continued since the encounter.

The memorial service came a day after new charges were announced against Chauvin and three other officers who were on the scene. Chauvin was charged with second-degree murder, and the other three were charged with aiding and abetting murder. 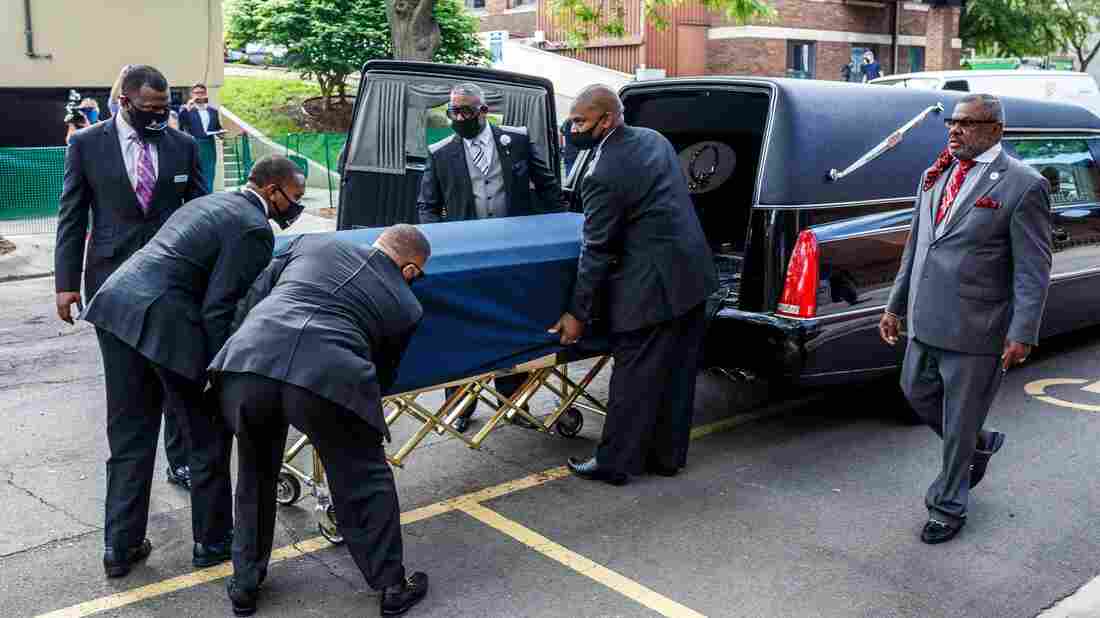 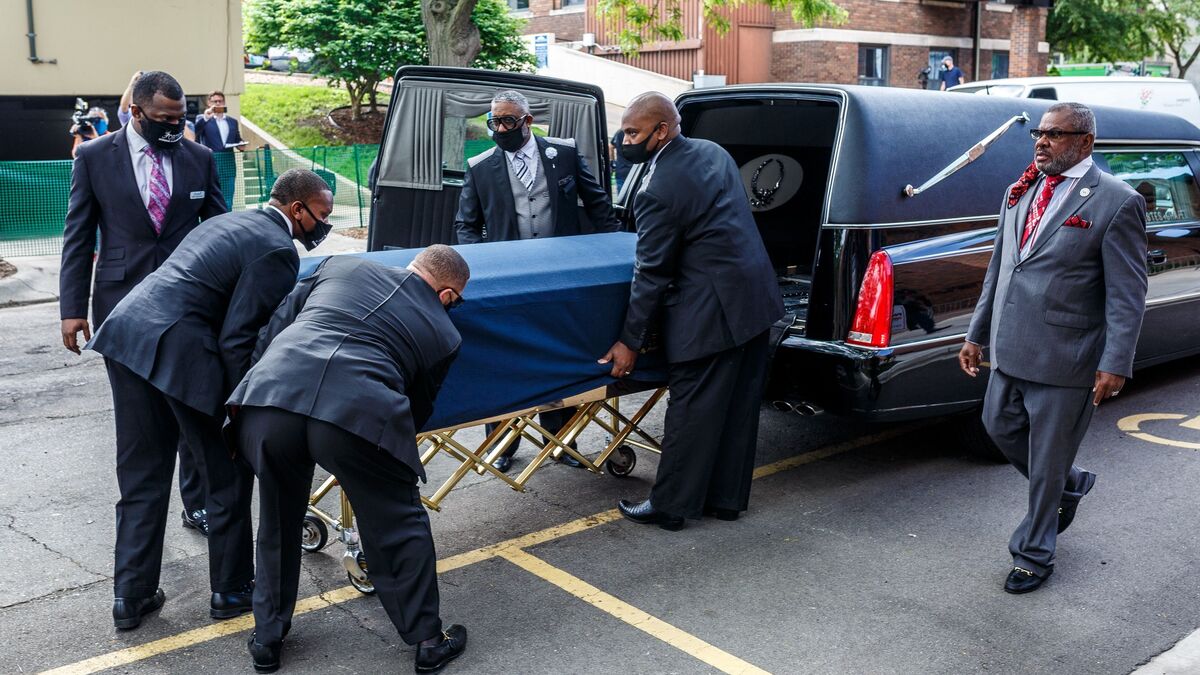 Floyd's remains are taken to the memorial service Thursday in Minneapolis.

The Floyd family's attorney, Ben Crump, said they are grateful that additional criminal charges were filed before Floyd was laid to rest, NPR's David Schaper reported.

"It is a source of peace in this painful time," Crump said.

Floyd's son Quincy Mason visited the site of his father's death on Wednesday and took a knee.

"No man or woman should be without their fathers," Mason said outside the Cup Foods convenience store in south Minneapolis where Floyd died.

Earlier this week, Roxie Washington, the mother of Floyd's daughter, told reporters that 6-year-old Gianna had her father taken away too soon.

"If there's a problem she's having and needs her dad, she does not have that anymore," Washington said through tears.

Gesturing to their daughter, Washington said the girl was proof Floyd was a good man.

"I want justice for him, because he was good, no matter what anybody thinks, he was good," Washington said.

The ceremony kicked off a series of memorial services for Floyd. Additional services are planned in the coming days in North Carolina, where Floyd was born, and Houston, where Floyd lived much of his life. Presumptive Democratic presidential nominee Joe Biden is expected to attend Floyd's funeral on Tuesday in Houston.