Accessibility links
Senate Republican Murkowski Struggles With Whether To Back Trump The GOP senator from Alaska says she agrees with former Defense Secretary Jim Mattis' sharp rebuke of the president. The public critique from an ex-Cabinet official exposed a split within the party. 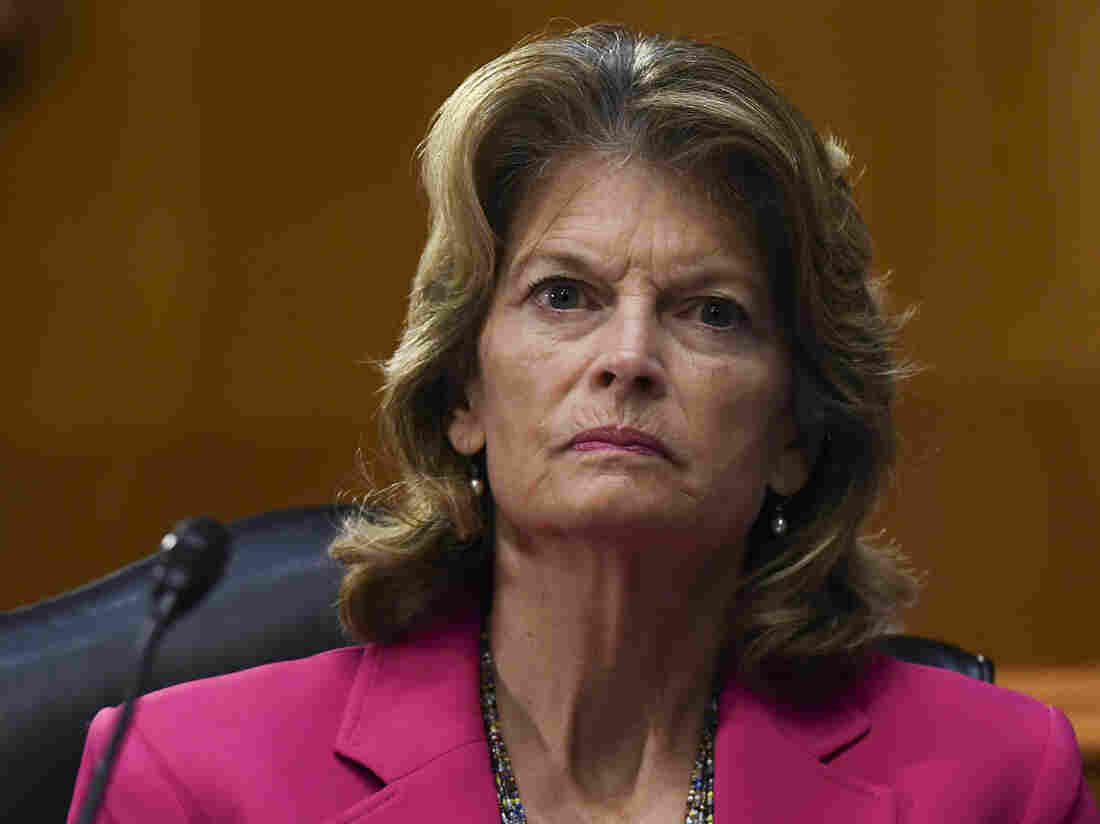 Sen. Lisa Murkowski, R-Alaska, said that she is struggling on whether to back President Trump in his reelection campaign following criticism from former Defense Secretary Jim Mattis about Trump. Toni L. Sandys/AP hide caption 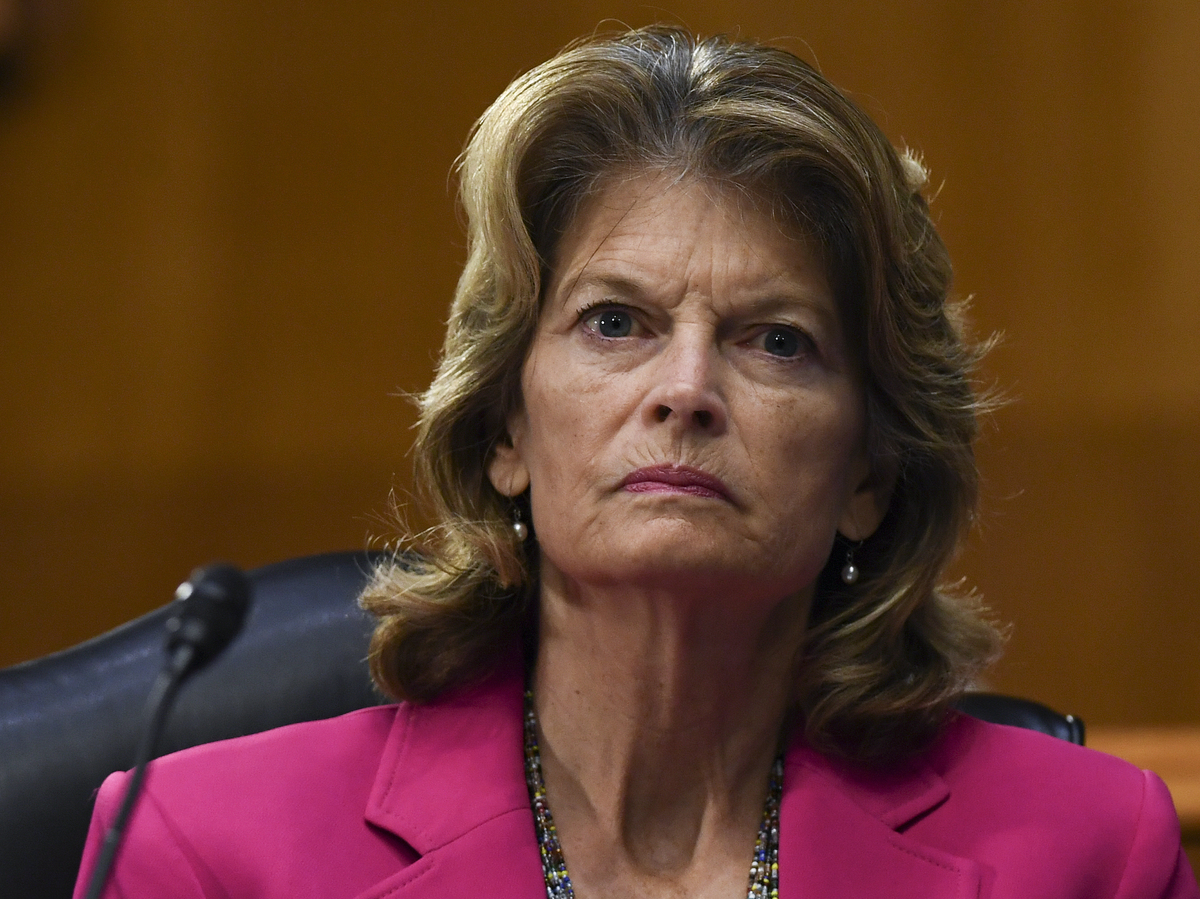 Sen. Lisa Murkowski, R-Alaska, said that she is struggling on whether to back President Trump in his reelection campaign following criticism from former Defense Secretary Jim Mattis about Trump.

"I think right now as we are, as we are all struggling to ... find ways to express the words that need to be expressed appropriately, questions about who I am going to vote for or not going to vote for, I think are distracting to the moment," Murkowski told reporters.

"I know people might think that's a dodge, but I think there are, there are important conversations that we need to have as an American people amongst ourselves about where we are right now."

Within hours the president vowed in a tweet he would campaign against Murkowski in 2022, when she is up for reelection for her fourth term.

"Few people know where they'll be in two years from now, but I do, in the Great State of Alaska (which I love) campaigning against Senator Lisa Murkowski," the president said.

Few people know where they’ll be in two years from now, but I do, in the Great State of Alaska (which I love) campaigning against Senator Lisa Murkowski. She voted against HealthCare, Justice Kavanaugh, and much else...

He added, after pointing out times she disagreed with him, "Get any candidate ready, good or bad, I don't care, I'm endorsing. If you have a pulse, I'm with you!"

The comments about the president came on the same day Murkowski shared effusive praise for former Defense Secretary Jim Mattis' blistering review of Trump in The Atlantic.

"I thought Gen. Mattis's words were true and honest and necessary and overdue," Murkowski told the The Washington Post on Thursday.

Later Thursday, Murkowski delivered an impassioned floor speech about inequality struggles still facing Americans. She did not include any specific comments about the president.

A split has emerged inside the GOP on Capitol Hill the day after Mattis' comments calling the Trump presidency divisive. Republicans are also facing a growing chorus of former and current military leaders — including Defense Secretary Mark Esper — expressing concerns with Trump's recent response to the protests across the country.

Esper on Wednesday said he was opposed to invoking the Insurrection Act, or using the military to respond to protests set off by the case of George Floyd, the African American man who died last month after being restrained by Minneapolis police. That was a public break with the president, who threatened to use that power earlier this week. Republicans, including Senate Majority Leader Mitch McConnell, R-Ky., came to Esper's defense on Thursday as concerns grew his job could now be in jeopardy.

Aside from Murkowski, Sen. Mitt Romney of Utah, another Republican who hasn't shied away from Trump disagreements, also praised Mattis for his reproach of the president.

"Gen. Mattis' letter was stunning and powerful. Gen. Mattis is a man of extraordinary sacrifice. He's an American patriot; he's an individual whose judgment I respect," Romney said. "And I think the world of him. If I ever had to choose someone to be in a foxhole with, it would be with Gen. Mattis. What a wonderful man."

However, while several GOP senators praised the retired Marine general, they declined to comment or said they hadn't read Mattis' statements.

"I have great respect for Gen. Mattis, but I haven't read the piece yet. I intend to read it today," Sen. Susan Collins, R-Maine, said.

Some Republicans were more direct in their disagreements with Mattis while also expressing praise for his time as defense secretary. Mattis stepped down from his post in December 2018 following a disagreement with Trump over the withdrawal of U.S. troops in Syria and Afghanistan.

"Those aren't my words, so that's not the way I would describe a very difficult time in our country," Sen. Marco Rubio, R-Fla., said of the Mattis column. "I have great respect for Gen. Mattis, and he is certainly entitled to his opinion."

Others Republicans echoed Rubio's sentiment, including Sens. John Cornyn of Texas and Ron Johnson of Wisconsin.

Rubio said that Esper's job shouldn't be in jeopardy and said he agreed with the defense secretary's comments that the military shouldn't be used to respond to protests.

"I don't want to see ... U.S. soldiers, they're not trained to do that kind of work," Rubio said. "I think we should rely on the National Guard and before that and on police departments locally to handle the unrest."

Sen. Lindsey Graham of South Carolina, a Trump ally, also defended Esper and said his job shouldn't be on the line.

"I think he's doing a good job as secretary, and I support him staying there," he said. "I think he probably reflected where the Pentagon is at" in his comments.

Sen. Kevin Cramer, R-N.D., a member of the Senate Armed Services Committee, said Esper's comments were "way overblown." But he said he wasn't sure how secure Esper's job is now.

"As you know, Donald Trump doesn't hesitate to make changes if he thinks it's necessary, but I think Mark Esper has been a very good secretary, and I would hope he would be able to stay," Cramer said.

Other Republicans on the Senate Armed Services Committee, such as Sens. Joni Ernst of Iowa and Tom Cotton of Arkansas, declined to comment.