Accessibility links
How Favoritism Leads To Injustice : Hidden Brain If we do a favor for someone we know, we think we've done a good deed. What we don't tend to ask is: Who have we harmed by treating this person with more kindness than we show toward others? This week, in the second of our two-part series on moral decision-making, we consider how actions that come from a place of love can lead to a more unjust world. 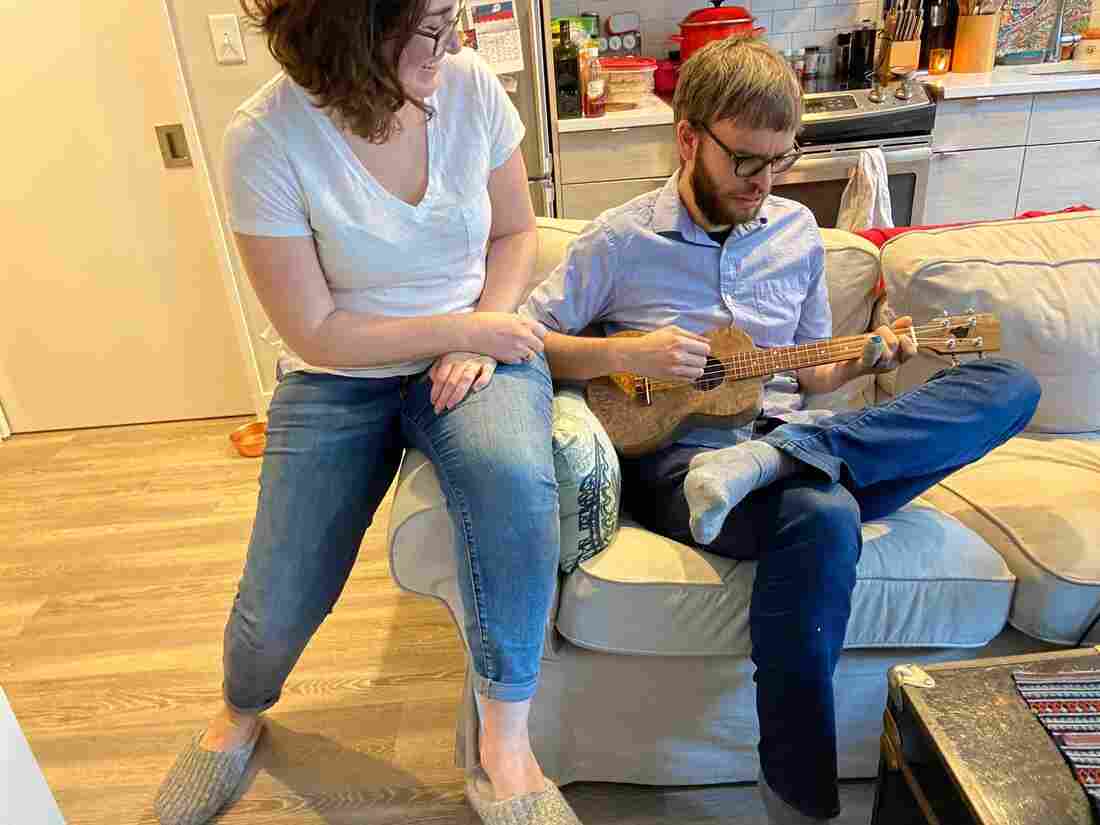 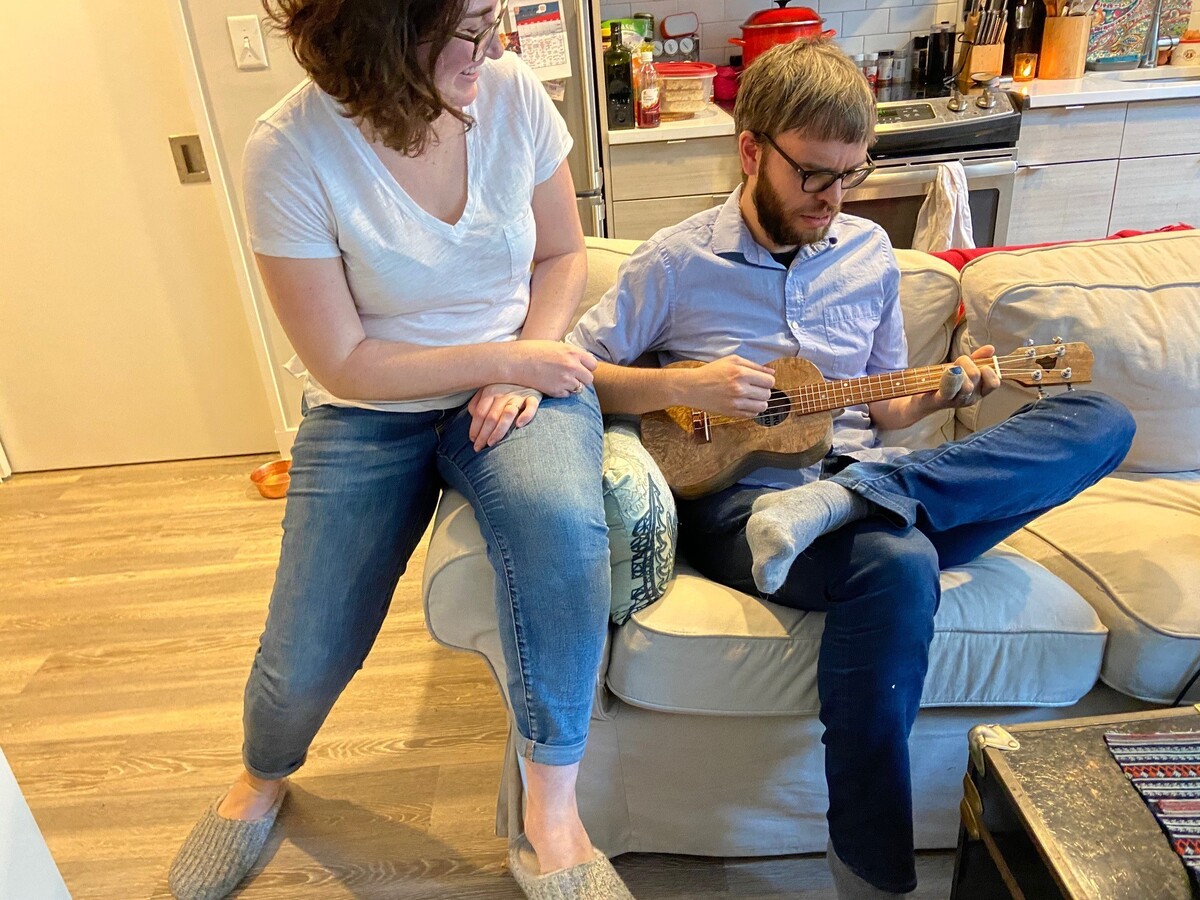 Hannah Groch-Begley listens to Dylan Matthews play the ukulele at their home in Washington, D.C. Dylan had hesitated to buy the ukulele because it felt like too big of an indulgence.

Mahzarin Banaji has spent many of her waking hours as an adult buried in research on the psychology of discrimination. She's one of the leading scholars in the field. Given how deeply she's thought about the topic, it's surprising that a story Mahzarin heard from a friend, Carla Kaplan, caused her to rethink her understanding of bias.

Carla's story wasn't about being wronged. No one denigrated her or denied her anything. The story was about how Carla received special treatment.

Many years ago, Carla cut her hand badly. When she arrived at the emergency room, a doctor said not to worry; she just needed stitches. Then, the doctor realized that Carla shared something in common with him, and decided to go above and beyond for her.

This incident helped Mahzarin realize that our understanding of discrimination is too narrow to capture certain types of harm.

"We really measure prejudice in the old-fashioned way: by looking for acts of commission," she says. "Do I go across town to burn down the church of somebody who is not from my denomination? That I can recognize as prejudice. But when we don't act, that's acceptable."

When we do something kind for a person we know, we rarely think about all the people we don't give special treatment, and how they might suffer as a result. Consider Carla's story: How disadvantaged were the other patients in the emergency room who didn't have a doctor go above and beyond the call of duty to help them?

Many of us don't notice these indirect harms. But Dylan Matthews is well-practiced at spotting them. He's one of the rare people who tries to override his impulses toward favoritism.

Dylan donates to charities that improve the well-being of the greatest number of people, rather than to organizations that are near and dear to his friends and family. A few years ago, he even donated his kidney to a stranger. His logic was straightforward: "There are people who are dying and one of them needs a kidney, and this will go to one of them."

Last week, in our episode "Justifying the Means," we considered how few of us treat everyone's suffering as equal. This week, we try to understand how our impulse to show special kindness to those closest to us can have serious moral consequences.

"One of a kind: The strong and complex preference for unique treatment from romantic partners" by Lalin Anik and Ryan Hauser in Journal of Experimental Social Psychology, 2020.

"Famine, Affluence, and Morality" by Peter Singer in Philosophy and Public Affairs, 1972.

"Why I gave my kidney to a stranger — and why you should consider doing it too" by Dylan Matthews, Vox, 2017.

"How To Save A Stranger's Life" by Dylan Matthews and Byrd Pinkerton, Future Perfect podcast, 2018.

Moral Tribes: Emotion, Reason, and the Gap Between Us and Them by Joshua Greene, 2013.