Accessibility links
Trump Says Lower Unemployment Rate 'A Great Day' For George Floyd The president intimates that George Floyd, killed by police, would be happy with the lower than expected unemployment rate. 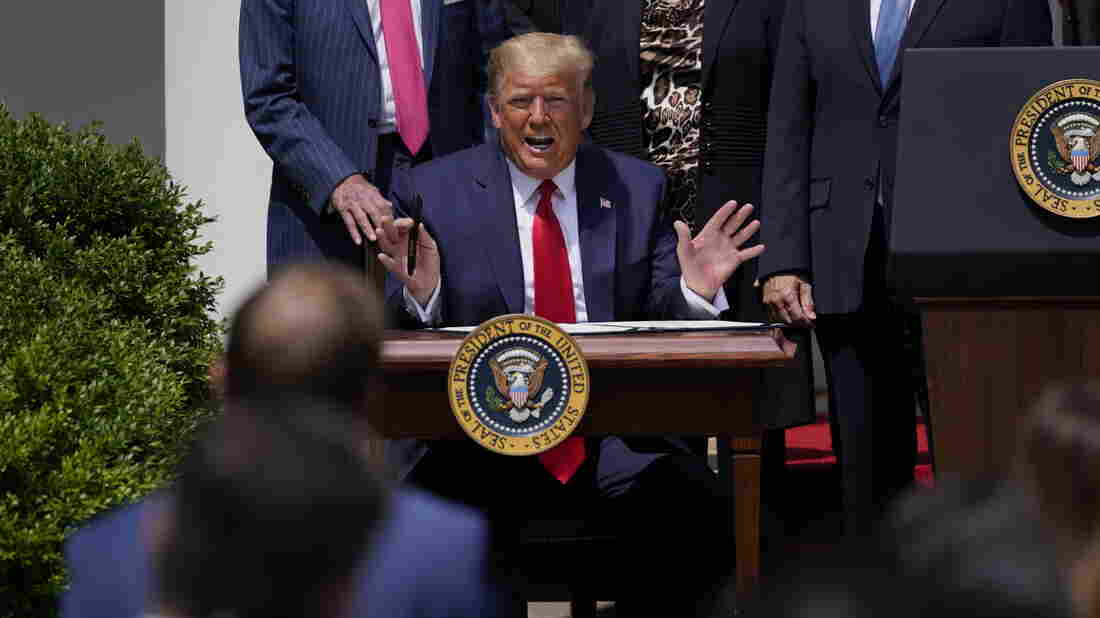 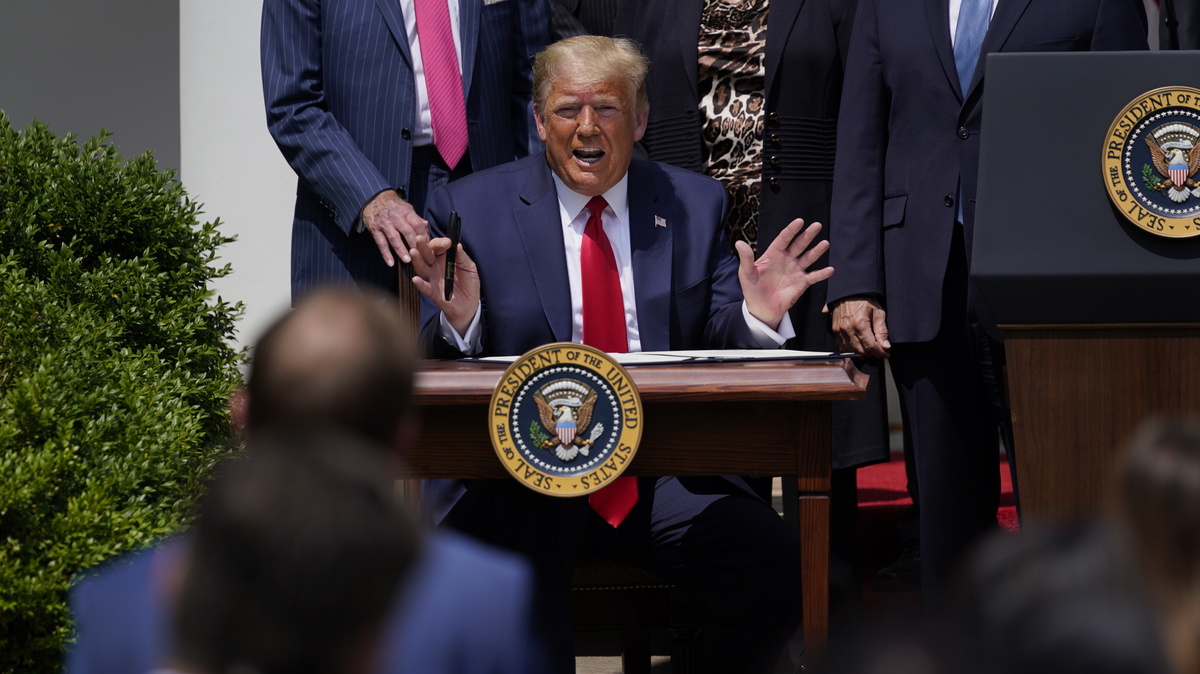 President Trump says a strong economy is his solution to racial injustice in America.

And he seemed to proclaim that George Floyd, whose killing by police in Minneapolis has sparked more than a week of protests, would be happy with the economic news.

It was difficult to determine Trump's exact intent as he spent most of a 50-minute-long appearance in the White House Rose Garden talking about the economy but frequently veered off onto other topics.

Before mentioning Floyd, Trump said that "equal justice under the law must mean that every American receives equal treatment in every encounter with law enforcement regardless of race, color, gender or creed."

Asked what his plan was to address concerns expressed by protesters, Trump said: "That's what my plan is. We're going to have the strongest economy in the world."

While the unemployment rate dipped for white and Hispanic workers, for African Americans, it nudged up by a 10th of a point. When asked by a reporter, "How is that a victory?" Trump waved dismissively and said only, "You are something."

Trump spoke at a signing ceremony for a measure making revisions to the Paycheck Protection Program. It was billed as a news conference, but Trump didn't formally take questions.

Speaking later Friday, former Vice President Joe Biden, the presumptive Democratic nominee, was sharply critical of Trump's reference to Floyd. "George Floyd's last words, 'I can't breathe, I can't breathe,' have echoed all across this nation, quite frankly, all around the world," Biden said. "For the president to try to put any other words in the mouth of George Floyd, I frankly think it's despicable."