Accessibility links
Interview: La Santa Cecilia On Bridging Two Worlds And Honoring Family : World Cafe : World Cafe Words and Music from WXPN Not only did the Grammy-winning band get its start here, but its leader, La Marisoul, also operates a shop in the Mexican Marketplace found on Olvera Street. 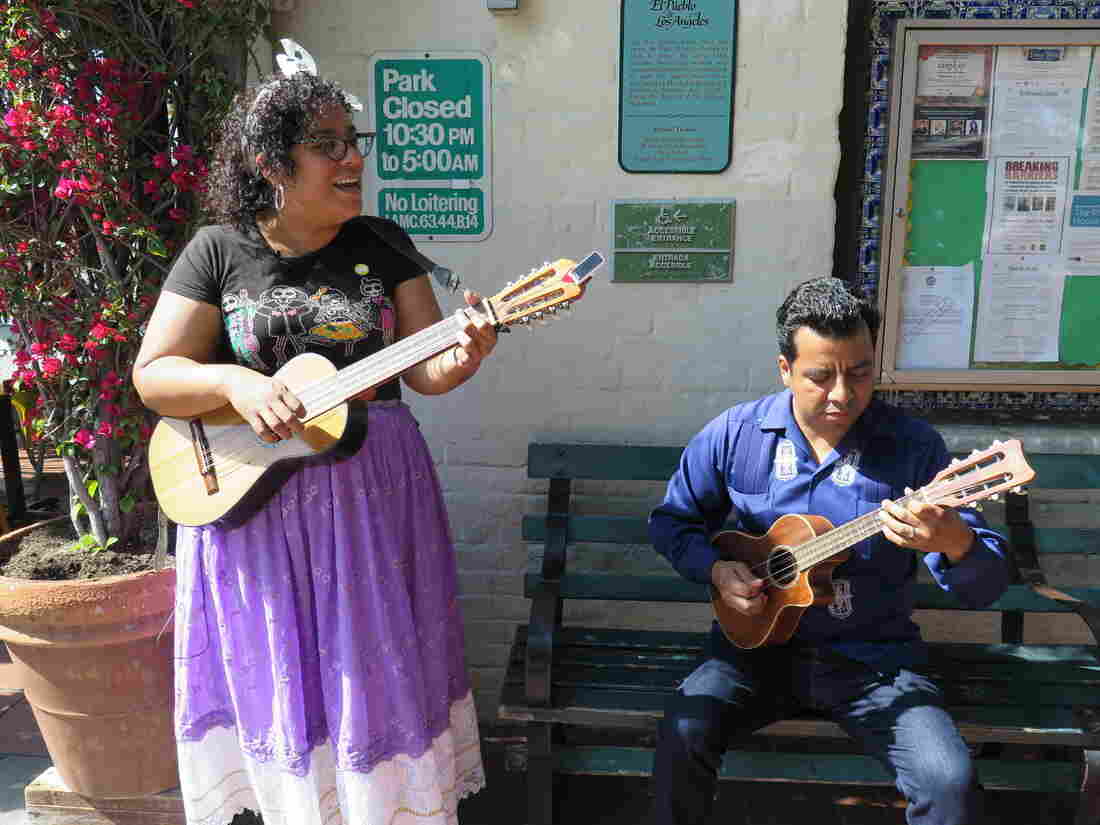 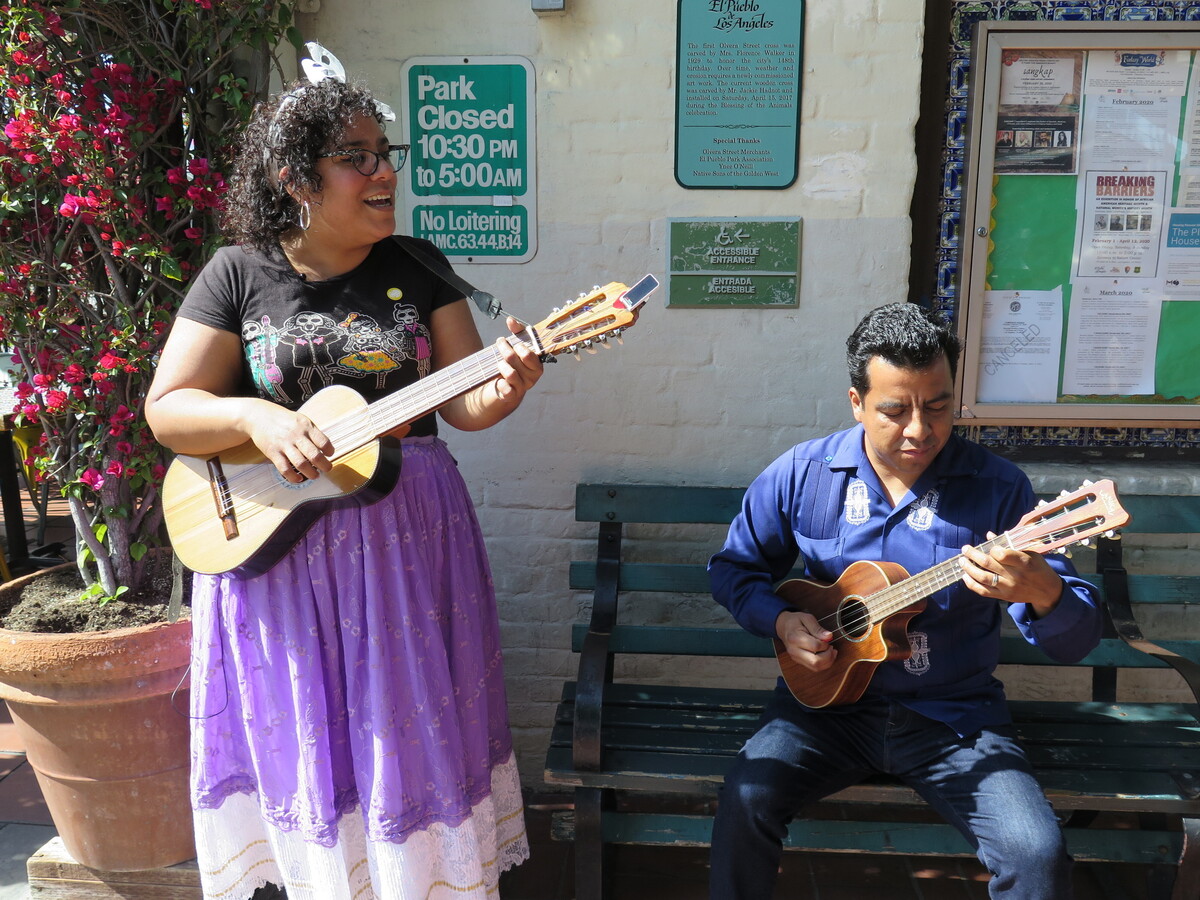 Olvera Street in Los Angeles feels almost magical. It's the oldest street in LA and home to a bustling Mexican marketplace. It's a tightknit community in the middle of one of the biggest cities on the continent. La Santa Cecilia is a Grammy-winning band that got its start here and combine rock and roll with traditional Mexican music.

In this Sense of Place session, you'll take a tour of Olvera Street with La Santa Cecilia frontperson La Marisoul; in addition to leading the band, she also operates a shop on the street, carrying on her family's business after her father passed away last winter. La Marisoul explains how Olvera Street and her father helped launch La Santa Cecilia in this episode of our Sense of Place LA series.