Accessibility links
2 Uncles And A 'Doorway To Imagination' Spread Love On Social Media The backyard wood structure looks like something you'd find in a secret garden or a little hut in the forest. The artist and his husband have gained lots of fans on social media. 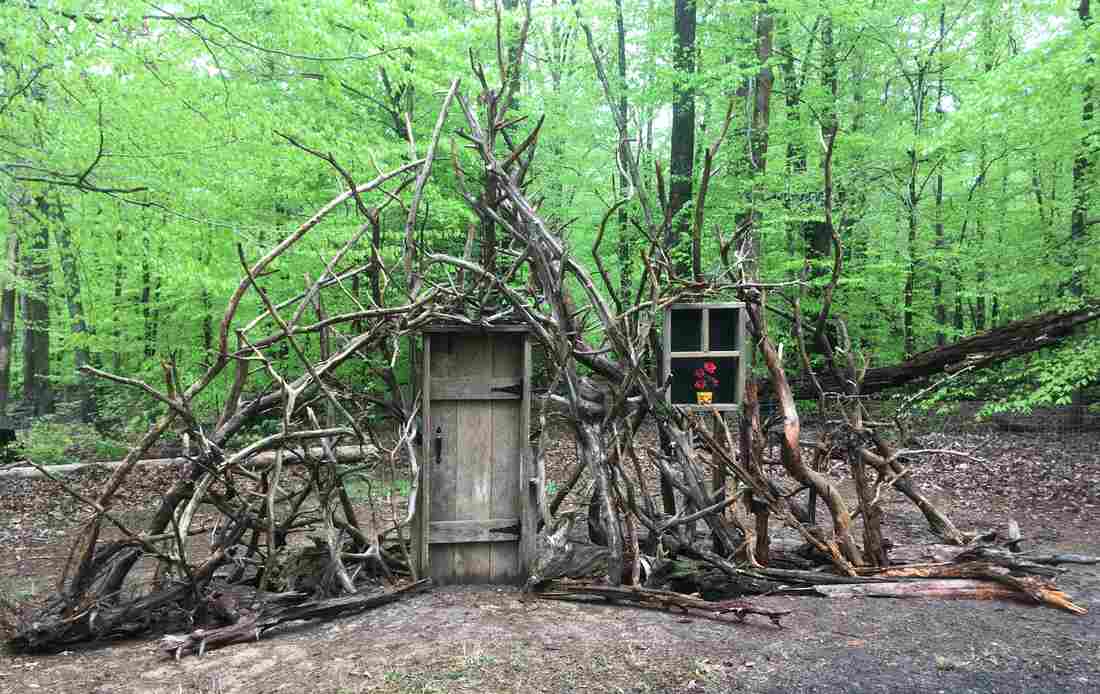 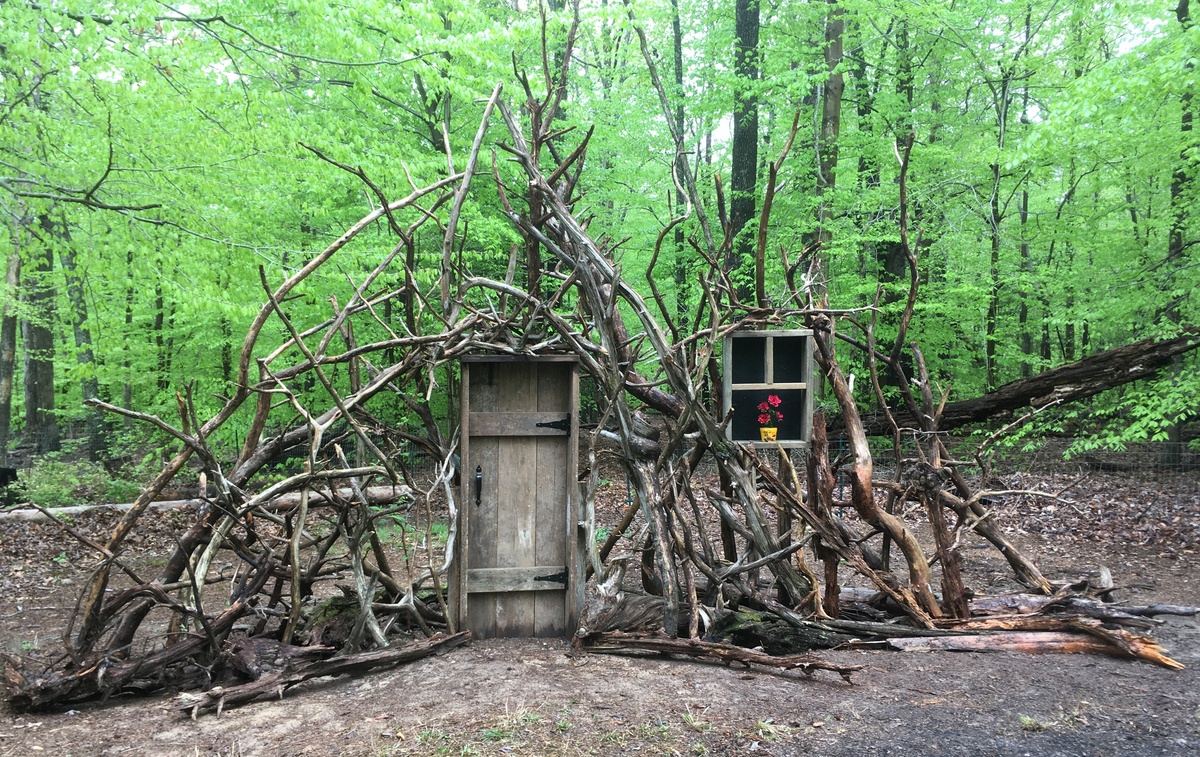 David North built the Doorway to Imagination in his backyard.

OK America, we see your sourdough starters, and your Duolingo sessions and your new cross-stitch hobby, and we raise you a Doorway to Imagination.

That's the backyard branch and wood art piece that David North built with all his social distancing-created free time.

His niece Kimberly Adams, a correspondent for the public radio show Marketplace, tweeted about it.

Uncle: What are you doing during the lockdown?
Me: I’m learning to play piano! You?
Uncle: I built “Gateway to the Imagination” in my backyard.
Me: 🤩😅 pic.twitter.com/HRpxE4oJok

At a time when the heavy news keeps coming, people fell hard for the doorway and for "Uncle David" himself. The tweets about North and his creation quickly racked up tens of thousands of likes and retweets.

When he gave NPR a virtual tour of his rural Maryland home Friday morning, his roosters crowed in the background. North says he's always liked tinkering in the yard. When North's husband faced some health issues in the last few years, tackling backyard projects helped him cope with the stress. 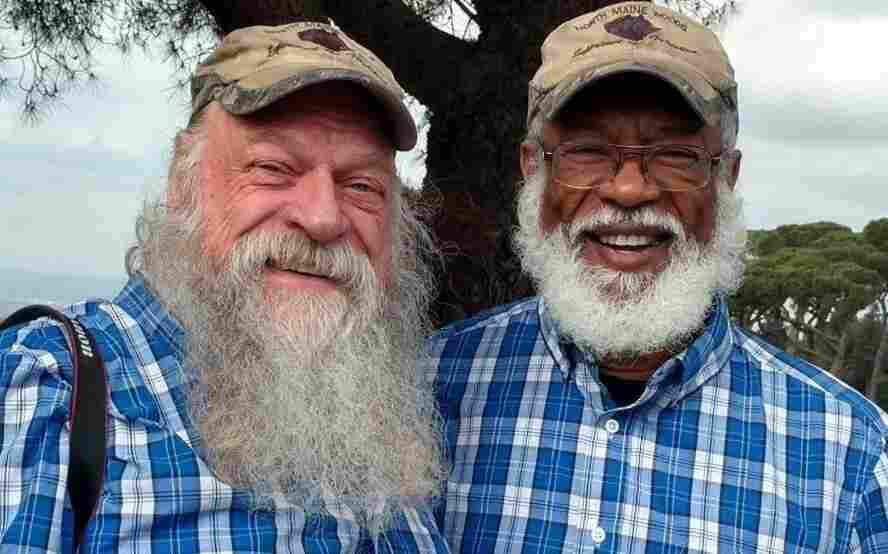 David York and David North live in rural Maryland, where David North built the Doorway to Imagination with parts of wood in their backyard. David North hide caption 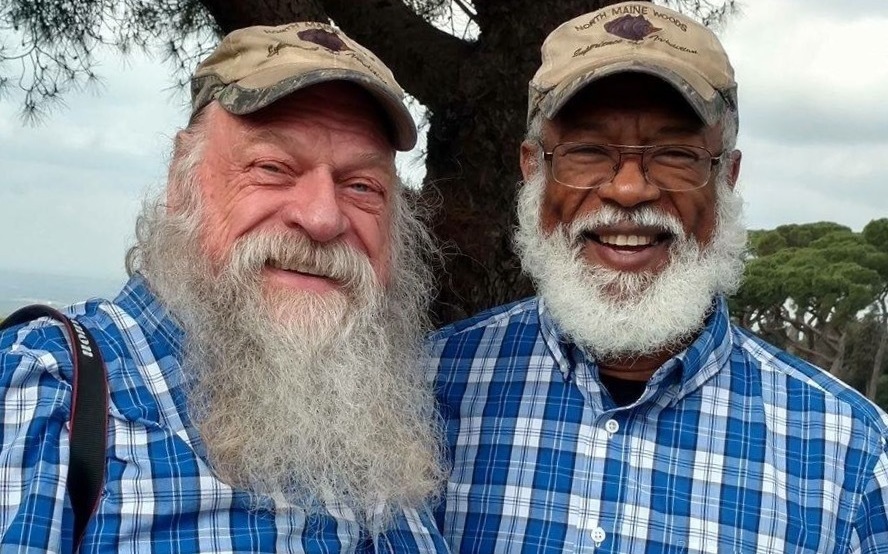 David York and David North live in rural Maryland, where David North built the Doorway to Imagination with parts of wood in their backyard.

"I found some old wood behind one of our sheds, and for some reason I thought of: 'Let me build myself a door,' " he says. "It doesn't really open, but it looks like a door."

The structure looks like something you'd find in a secret garden or a little hut in the forest.

"It looks kind of surreal," he says. "The doorway being dark kind of draws you in. I didn't know it was going to end up being declared a piece of art."

North says this project is an act of catharsis — not escape.

"Catharsis is accepting the realities of the problems that happen in our lives and doing something constructive with it — processing it," he says. "I feel creativity is a way to process it in constructive, productive, positive ways."

Since you all love my Uncle David so much, here he is with his husband, my other Uncle David, who makes an amazing butterscotch raspberry pudding. pic.twitter.com/fGFdxOgLRU

David North and his husband, also named David, both sport big white fluffy beards. And for the past 30 years they've coordinated matching outfits.

They're an interracial couple and say they're both frustrated by the injustices that have taken center stage in the news this week. They've taken time to discuss concepts like white privilege.

North says that's the message he hopes he can spread through his new social media fame.