Accessibility links
Guantanamo Judge Rules Tortured Prisoner Could Get Reduced Sentence The ruling, which could apply to several prisoners held at the U.S. military prison at Guantánamo Bay, Cuba, suggests the court agrees the prisoners are owed something for having been tortured. 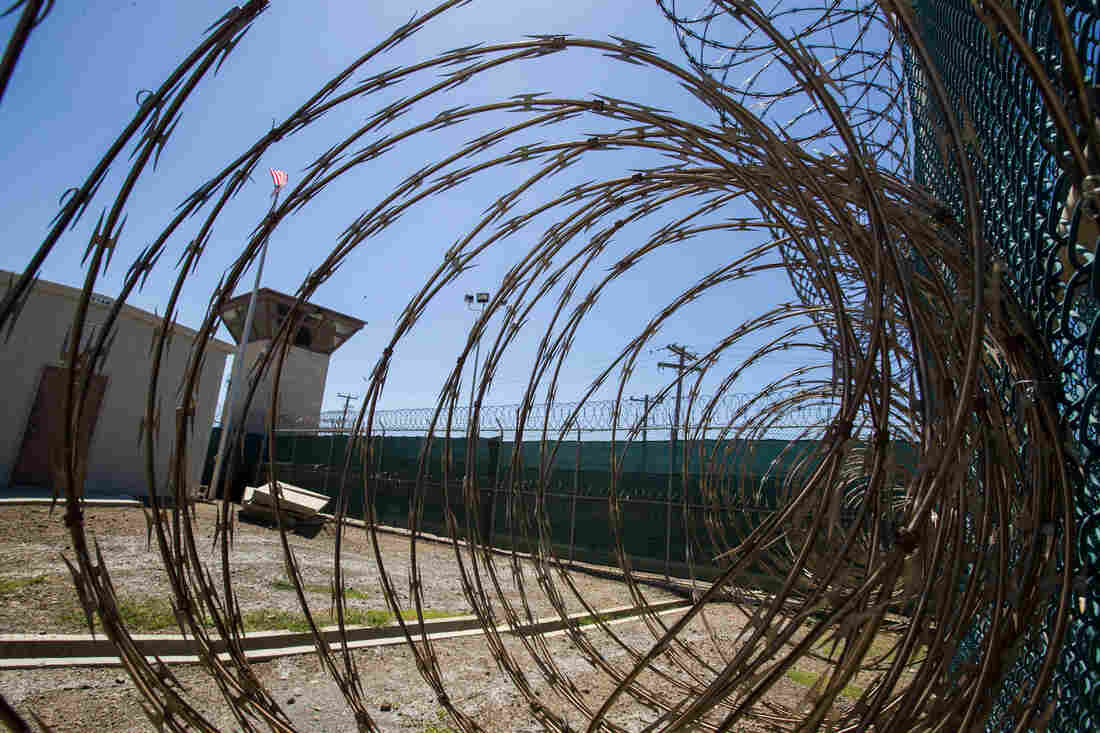 In this photo reviewed by U.S. military officials, the control tower is seen through the razor wire inside the Camp VI detention facility, Wednesday, April 17, 2019, in Guantanamo Bay Naval Base, Cuba. Alex Brandon/AP hide caption 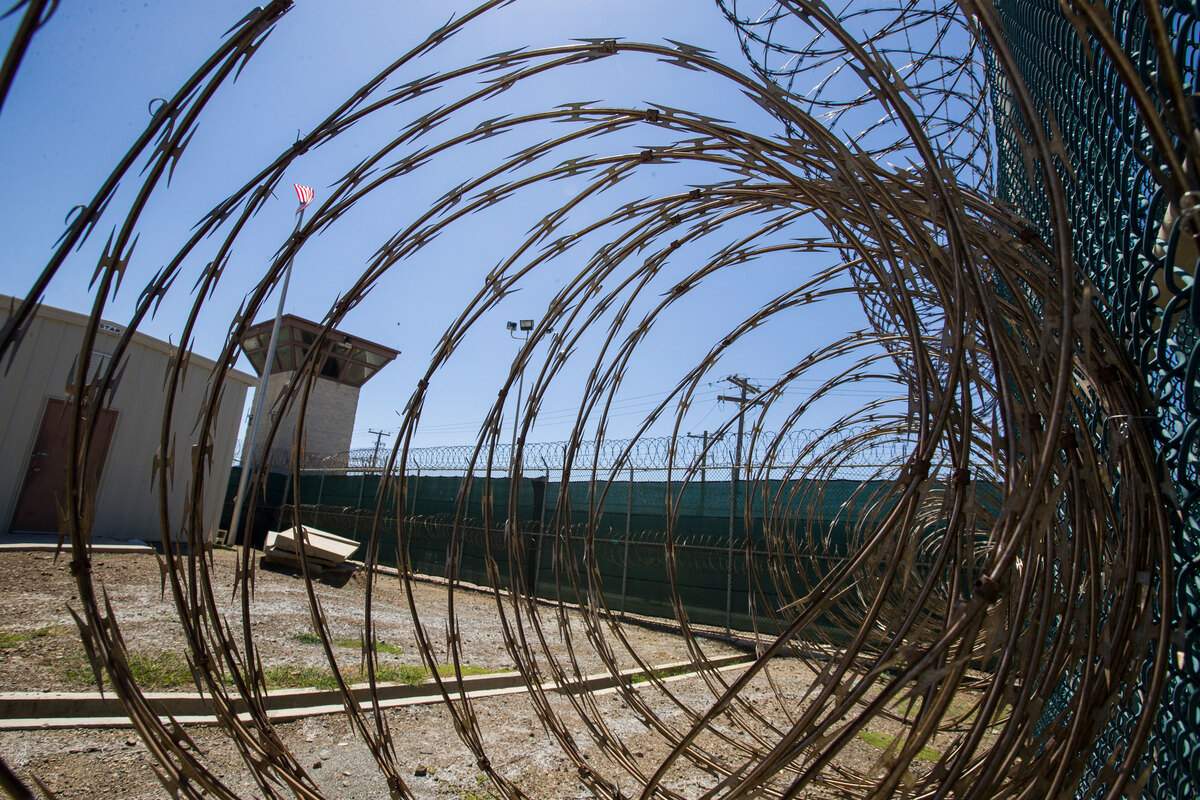 In this photo reviewed by U.S. military officials, the control tower is seen through the razor wire inside the Camp VI detention facility, Wednesday, April 17, 2019, in Guantanamo Bay Naval Base, Cuba.

A judge at the U.S. military court in Guantánamo Bay, Cuba, has ruled that a prisoner there may be entitled to a more lenient sentence if he was tortured in CIA custody. The decision could potentially apply to several of the other 40 remaining prisoners there, including five men facing charges in the Sept. 11, 2001, terrorist attacks.

The ruling by Col. Douglas K. Watkins came in the case of Majid Khan, who in 2012 pleaded guilty to helping finance the 2003 bombing of a Marriott hotel in Jakarta, Indonesia, that killed 11 people. Khan has been held in captivity for more than 17 years, and he alleges he suffered egregious mistreatment during his imprisonment.

"This mistreatment rises to the level of torture," Watkins wrote, "and violated the...universal right to be free of torture under U.S. and international law." As a result, he ruled, Khan may have legitimate grounds for a lighter sentence.

Guantánamo prosecutors had argued that military judges do not have the authority to grant more lenient sentences as a result of torture, but Watkins ruled otherwise.

"I consider it to be a very big deal," Scott Roehm, director of the Washington, D.C., office of the Center for Victims of Torture, which filed a friend-of-the-court brief in the case, said of the ruling.

"It's a big deal in Mr. Khan's case," he said. "It's an equally big deal in its potential much broader application to other torture survivors at Guantanamo."

Almost 800 prisoners have passed through the U.S. military prison in Guantánamo since 2002, and the 40 still there include alleged Sept. 11 mastermind Khalid Sheikh Mohammed and his four co-defendants. About a quarter of the remaining prisoners are facing criminal charges in various terrorism cases, but most of the others have never been charged and are being held indefinitely. Guantánamo has cost U.S. taxpayers more than $6 billion despite finalizing only one conviction in nearly two decades.

Khan, 40, pleaded guilty to multiple charges in 2012 but has not yet been sentenced because he is serving as a government witness in a pending case, and because his request for leniency in sentencing has also been pending.

Khan faces a sentence of up to 19 years, and his lawyers have requested that be cut in half because he was tortured. His sentencing date has not been scheduled, but eventually Watkins will hold a sentencing hearing and decide whether to apply leniency.

Added Dixon: "The judge did not promise that he would grant credit and he did not say how much, if any, credit he would grant. ... But that certainly opens the door to a significant reduction in Mr. Khan's sentence."

Khan was born in Pakistan in 1980, moved to the United States in 1996, and graduated from a high school in suburban Baltimore. He remained in the U.S. until 2002, when he traveled overseas to work for al-Qaeda. He was arrested in Pakistan in 2003 and taken into custody by the CIA, which for three years held him in its network of secret overseas prisons known as black sites. In 2006, Khan was transferred to Guantánamo, where he has remained.

Contacted for comment, the Office of Military Commissions sent NPR a statement that said, "When matters are pending litigation, it would be inappropriate for the Department of Defense to comment beyond expressing our confidence in the parties who have raised the issues and in the military judges who will decide them."

The legacy of torture is ever-present at Guantánamo, and helps explain why the Sept. 11 case is still dragging on nearly 20 years after the attacks: The defendants are difficult to prosecute because so much evidence cannot be used at trial since it was gained through torture.

"This is the first ruling in which a judge has confronted the moral and legal question of torture head-on," said James Connell, lead attorney for Guantánamo prisoner Ammar al-Baluchi, one of the five Sept. 11 defendants. "The military commission has dodged the issue of torture for so many years. The fact that somebody took it head-on is going to be an important precedent for the other cases."