Accessibility links
Opinion: In The Shadow Of Protests, Turn To Ralph Ellison WIth protests continuing across the country in the wake of police killings of George Floyd and Breonna Taylor, Scott Simon turns to Ralph Ellison's classic novel Invisible Man for wisdom. 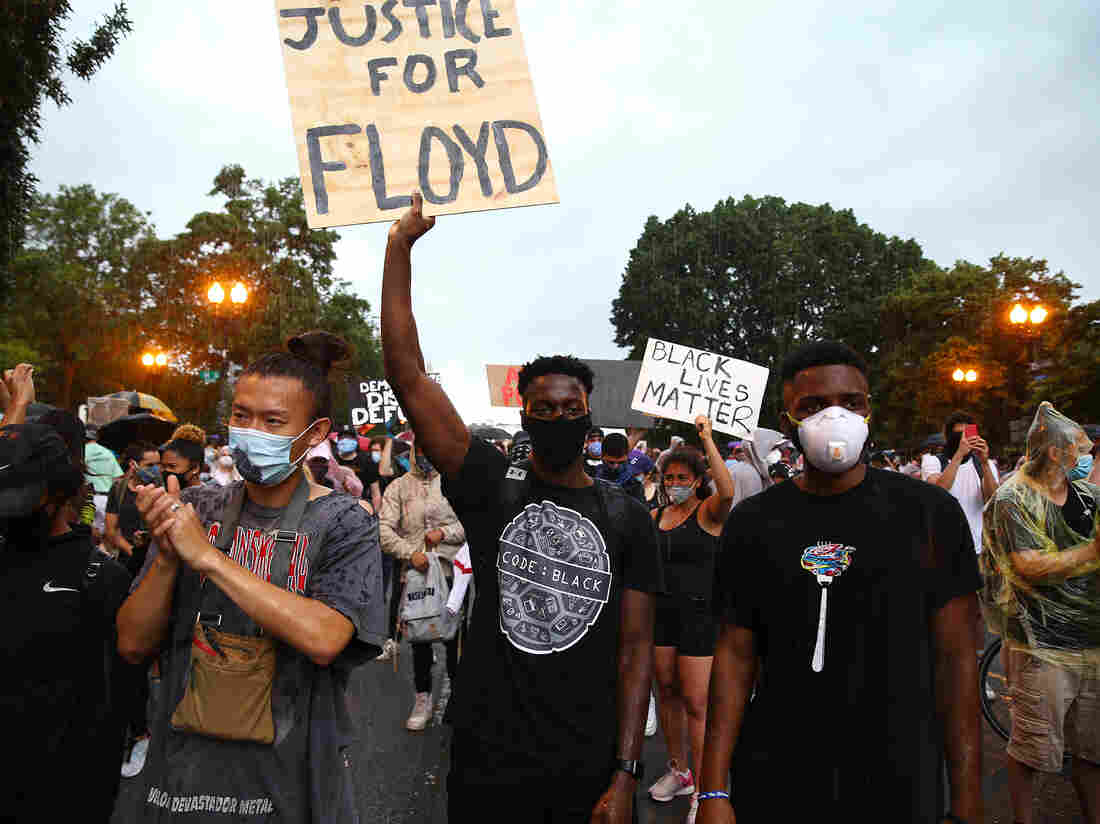 Demonstrators gather on 16th St. near Lafayette Park during a peaceful protest against police brutality and the death of George Floyd on Friday in Washington, D.C. Tasos Katopodis/Getty Images hide caption 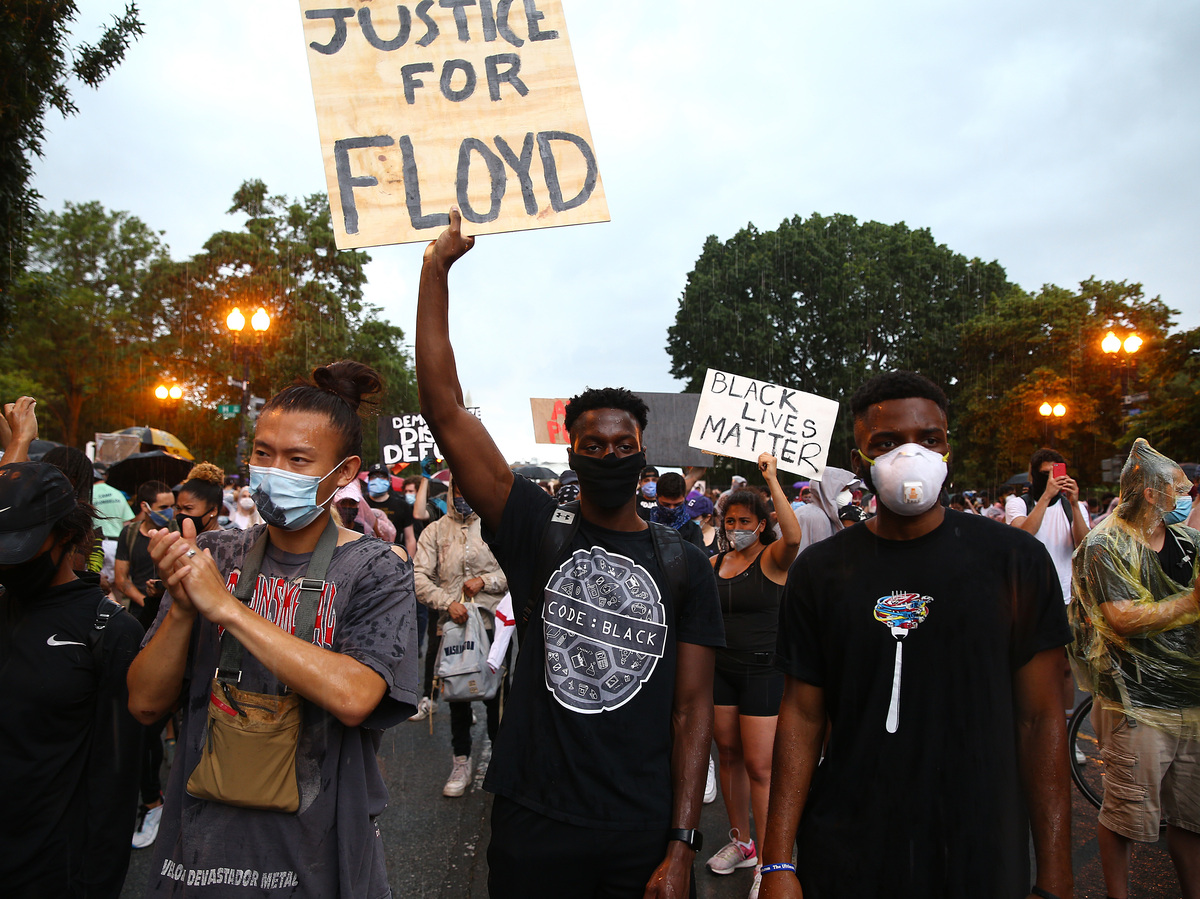 Demonstrators gather on 16th St. near Lafayette Park during a peaceful protest against police brutality and the death of George Floyd on Friday in Washington, D.C.

75 years ago, in the summer of 1945, Ralph Waldo Ellison returned home from serving in the Merchant Marine during World War II and tried to rest on a farm in Vermont. But he was restless to write a novel. It would take him five years. That novel, Invisible Man, is enduring and imperishable.

But like many classics we read when we're young, we can put that story on a shelf, figuring we've already learned what they have to say. This week, as so much of the world was in ferment over lethal injustice to a black man, George Floyd, and generations of African Americans, I took down Invisible Man. The first piercing paragraphs Ralph Ellison wrote are reprinted here:

I am an invisible man. No, I am not a spook like those who haunted Edgar Allan Poe; nor am I one of your Hollywood-movie ectoplasms. I am a man of substance, of flesh and bone, fiber and liquids - and I might even be said to possess a mind. I am invisible, understand, simply because people refuse to see me. Like the bodiless heads you see sometimes in circus sideshows, it is as though I have been surrounded by mirrors of hard, distorting glass. When they approach me they see only my surroundings, themselves, or figments of their imagination - indeed, everything and anything except me.

Nor is my invisibility exactly a matter of a biochemical accident to my epidermis. That invisibility to which I refer occurs because of a peculiar disposition of the eyes of those with whom I come in contact. A matter of the construction of their inner eyes, those eyes with which they look through their physical eyes upon reality. I am not complaining, nor am I protesting either. It is sometimes advantageous to be unseen, although it is most often rather wearing on the nerves. Then too, you're constantly being bumped against by those of poor vision. Or again, you often doubt if you really exist. You wonder whether you aren't simply a phantom in other people's minds. Say, a figure in a nightmare which the sleeper tries with all his strength to destroy. It's when you feel like this that, out of resentment, you begin to bump people back. And, let me confess, you feel that way most of the time. You ache with the need to convince yourself that you do exist in the real world, that you're a part of all the sound and anguish, and you strike out. ...

The words of Ralph Ellison, as this weekend thousands peacefully assemble across the country to make lives that have been lost, squandered and crushed visible to America.