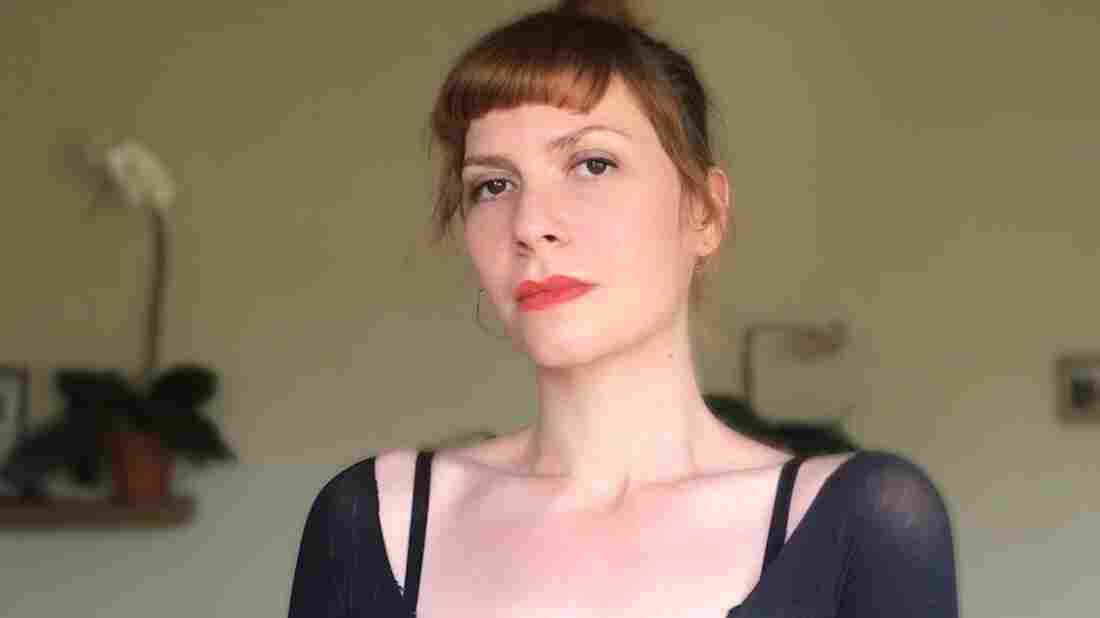 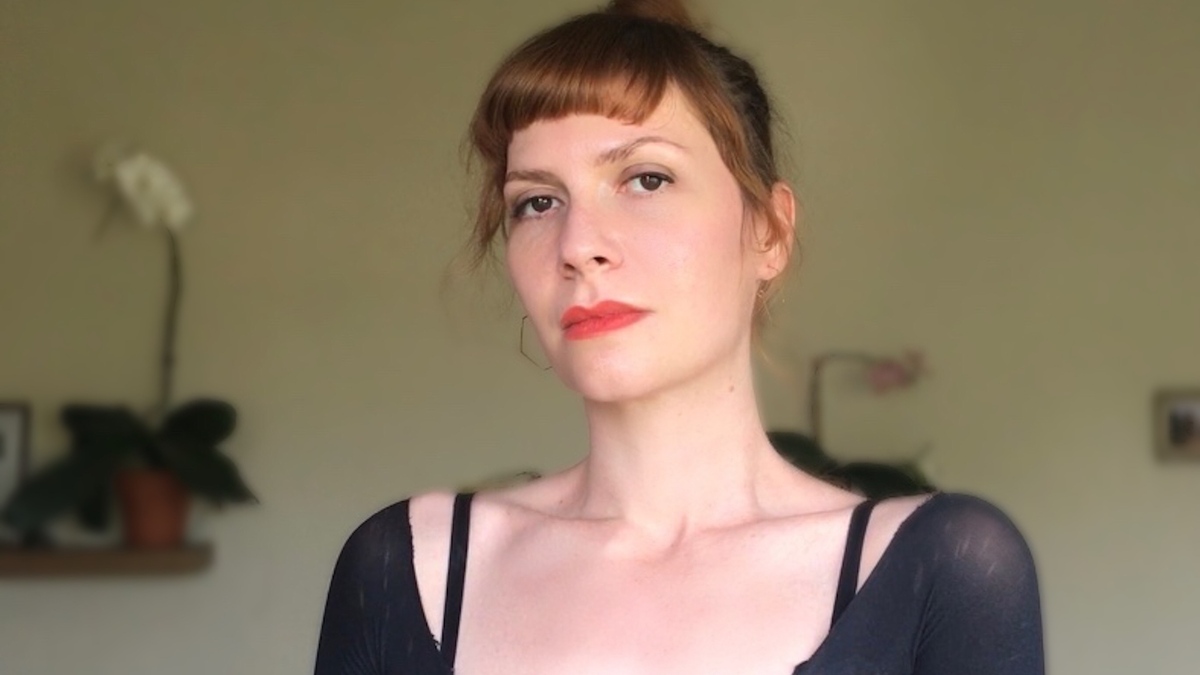 Poet Elaine Kahn says the Poetry Field School had its origin in a tweet.

In 2016, artist and poet Elaine Kahn tweeted, "If I taught a poetry workshop in LA wld anyone take it?" Kahn says the name came later, but that tweet was the genesis of the Poetry Field School. Four years since her initial callout, she now teaches three workshops at a time over video conference calls. "I never thought it would be the way I supported myself," says Kahn, but the fees students pay to attend Poetry Field School workshops are her main source of income.

I ask Kahn if I can join a Poetry Field School workshop over Zoom on a Wednesday evening. Propped up against pillows, bed frames and backs of couches, seven students greet one another. One student holds up a kitten for everyone to see. Another eats french fries off a kitchen plate. Another sucks on a vape pen. The format of the class mirrors that of university poetry workshops—students submit their poems before class, read their work aloud over the call and then receive feedback from their classmates and Kahn. In her feedback, Kahn is detailed and generous — she notes lines to keep and cut, questions the use of punctuation, and points out that one student's poem reminds her of the Legend of Zelda video games.

A Grandmother's Poem Reassures Us With Humor And Grace

Throughout, the pandemic encircles the class; one student says she hasn't been able to write at all. A poem begins with, "In the time of a pandemic." Another addresses the lack of physical intimacy available during this time. "Everything is hard under quarantine," Kahn says.

After class, Kahn tells me one of her students is writing her undergraduate senior thesis on school abolition, "in part inspired by her experiences in my classes."

When Kahn and I talk about the Poetry Field School outside of her class, she addresses what I saw firsthand when I joined in — how her classes offer a place of solace for her students (and herself), how they don't require any specialized knowledge or vocabulary, and how the connection classes foster takes on a certain urgency under stay-at-home orders.

There's so much digitization happening right now in response to the pandemic. Are there limitations to teaching online?

There's something very vulnerable about sharing poetry and I think being at home can give people a sense of security. People feel a certain kind of safety having the veil of the screen. But there are definitely some drawbacks.

There's something very vulnerable about sharing poetry and I think being at home can give people a sense of security. People feel a certain kind of safety having the veil of the screen. But there are definitely some drawbacks. The incidental time, the time before and after class, gets lost in the internet format. You can't hand someone a book. My students become so close to each other though. That could be in part because the subject matter of what I teach is, by its nature, so personal. Often it does have a way of breaking through some of the boundaries that technology could otherwise present.

Can you talk about how your students' writing has been impacted by the coronavirus crisis?

I've seen a marked difference in my students' writing. Especially at the beginning of quarantine, people were all so scared. For a lot of people, these classes became their one place, every week, to see other people. And it was coming out in the poetry in really intense ways. At first people were just writing poems about sickness and isolation and poverty. I had students just literally writing about being hungry.

I don't know if you've ever been in a poetry workshop, but there's this conceit of the speaker. So you talk about these really heavy things, but it's always framed as, "the speaker in this poem is very hungry" or "the speaker is experiencing a lot of isolation." And that's a strange space to get into when the immediacy of the content is so clearly all around us.

How did the time you spent in higher ed institutions, both as teacher and student, shape how you teach now?

I want people in my classes to not feel like they need specialized knowledge in order to participate or in order to share their thoughts about writing.

I've had an awkward time in academia. I always feel a little bit out of place in professional settings. I find them to be a little bit in conflict with the ways that I most like to engage with art. I went to art school for undergrad, so I didn't have an English degree when I went to the Iowa Writers Workshop, which I felt incredibly self-conscious of. I knew very little of the canon. I knew very little about the technical language you were supposed to use to talk about writing. It wasn't that I felt like I wasn't as good of a writer as other people — I just felt kind of uneducated in some ways. And I don't think that's true. There are ways that I was less educated but there are also ways I was more educated. I just had a different background.

It makes me think about how on your website, you say you offer non-hierarchical workshops. Is not needing a certain vocabulary part of that?

If you're not in a position where you're interacting with people, you don't get to experience their goodness or your goodness. Having a space where people can remember and experience the value of human connection feels important to me.

That's one part of it. But the other part is that I don't want my students to feel like they have to listen to me. I facilitate these classes but I'm not there to say something is right. I give my students my most honest, (best attempt at) useful, critical feedback on their work. I don't know more than they know. I'm not an authority on what their poetry should be — only they are. It's important for me to state that — otherwise, I might not feel as comfortable being open with them. I don't want to overly affect people's writing or make them feel stifled. I want them to be able to hear what I have to say and then take or leave it.

What do you think is important about your courses in this moment? What role do they play in a global pandemic?

The last few months, it's been easy to feel like there's very little good will in the world. And of course, I know there's tons of it actually out there, but there's less opportunity to experience it. When we're so cut off from each other, we don't get to be reminded of the ways that people really can be wonderful to one another. If you're not in a position where you're interacting with people, you don't get to experience their goodness or your goodness. Having a space where people can remember and experience the value of human connection feels important to me. At times, I feel so hopeless about the state of the world and then I'll have a class and it's not like I leave feeling like things are fine, but I'm reminded there are good people out there showing up to write poetry once week, doing what they can to make the world less s****y.