Accessibility links
'Breathe, Pray, Meditate': Born From Resistance, Black Churches Now Leading In Crises Black America today is facing not just one crisis, but a convergence. African Americans have been hit harder by the virus and job losses. And there's systemic racism and discrimination. 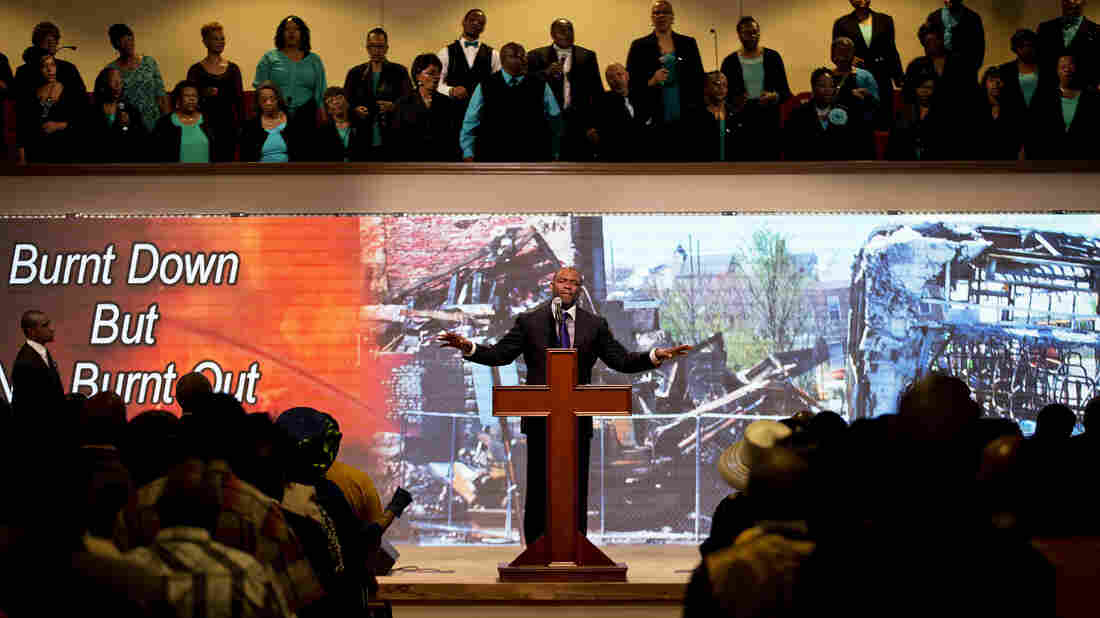 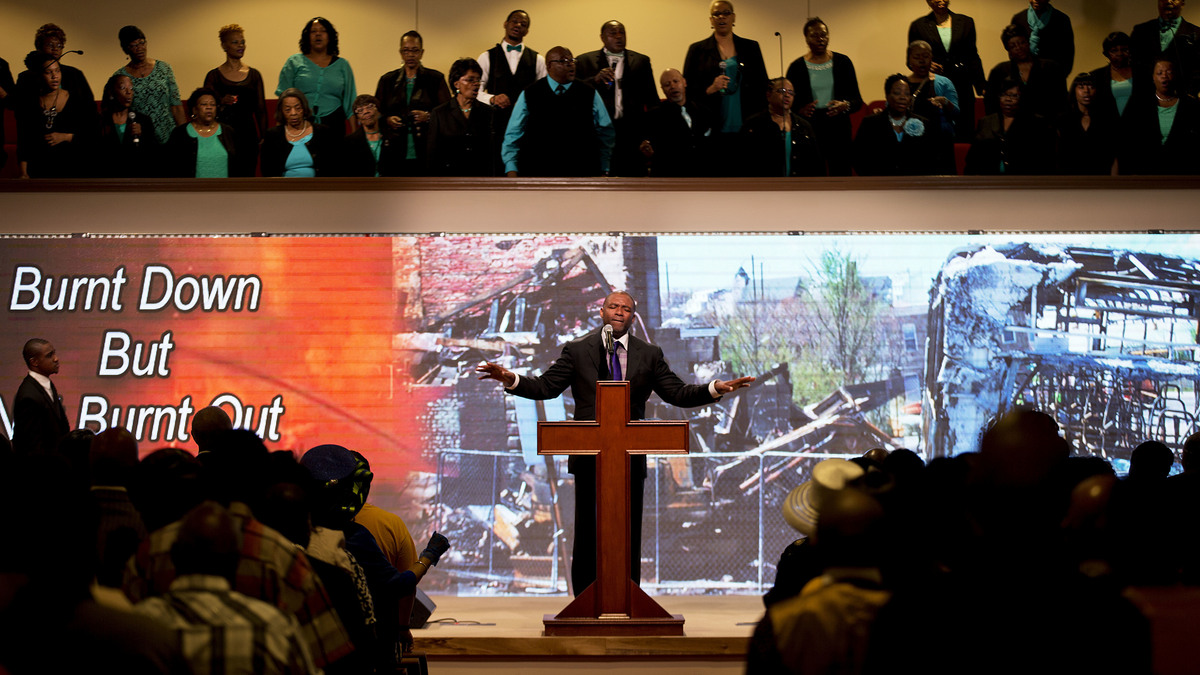 Pastor Donte Hickman, seen at Southern Baptist Church in 2015, says he's had some productive conversations with the Trump administration on policy issues.

The doors of Greater New Mount Moriah Missionary Baptist Church in Detroit have been closed for weeks.

The 95-year-old church's pews are empty. Ministry continues, with no in person presence. What Pastor Kenneth Flowers says he misses most are "holy hugs."

"When church is dismissed, I say, 'Give someone a holy hug and everyone turns and we always hug each other,' " Flowers said. "I thrive off of the physical contact of being able to hug my members, to hug my families, to hug my friends, to hug visitors. I miss that so very much."

Born out of resistance, the black church often plays a key role in times of crisis. But black America today is facing not just one crisis, but a convergence. African Americans have been hit harder by the virus and job losses. And then there's the other pandemic, as George Floyd family attorney Benjamin Crump put it, systemic racism and discrimination.

Though their approaches differ from wanting to work within the system to upending it altogether, many black pastors say there's been little leadership coming from Washington.

That sentiment grew stronger last week after President Trump spoke in the Rose Garden, while hundreds of peaceful protesters were removed from a nearby park so Trump could walk across the street to St. John's Church.

Flowers saw the images of the president standing in front of the church's boarded up facade.

"He purposely raised up that Bible, he purposely went across the street. He didn't even pray at the church, didn't even kneel down," Flowers said. "He went there for a photo-op to appeal to his base, to appeal to the white Evangelicals. But I got news for him, the God I serve is higher than that."

"I can't begin to surmise what he thought, but I can say that in that Bible that he held in front of that church are road maps, solutions and plans that Jesus gives us," he said.

Hickman previously attended a White House event with Trump, and has invited the president to visit Baltimore, too. He hasn't spoken to Trump since that 2018 White House event on minority economic opportunity, but says he's had some productive conversations with the administration on policy issues relevant to distressed communities.

"Whatever his reasons for standing there with that Bible, I saw God still saying, 'I'm in control,' " Hickman said. 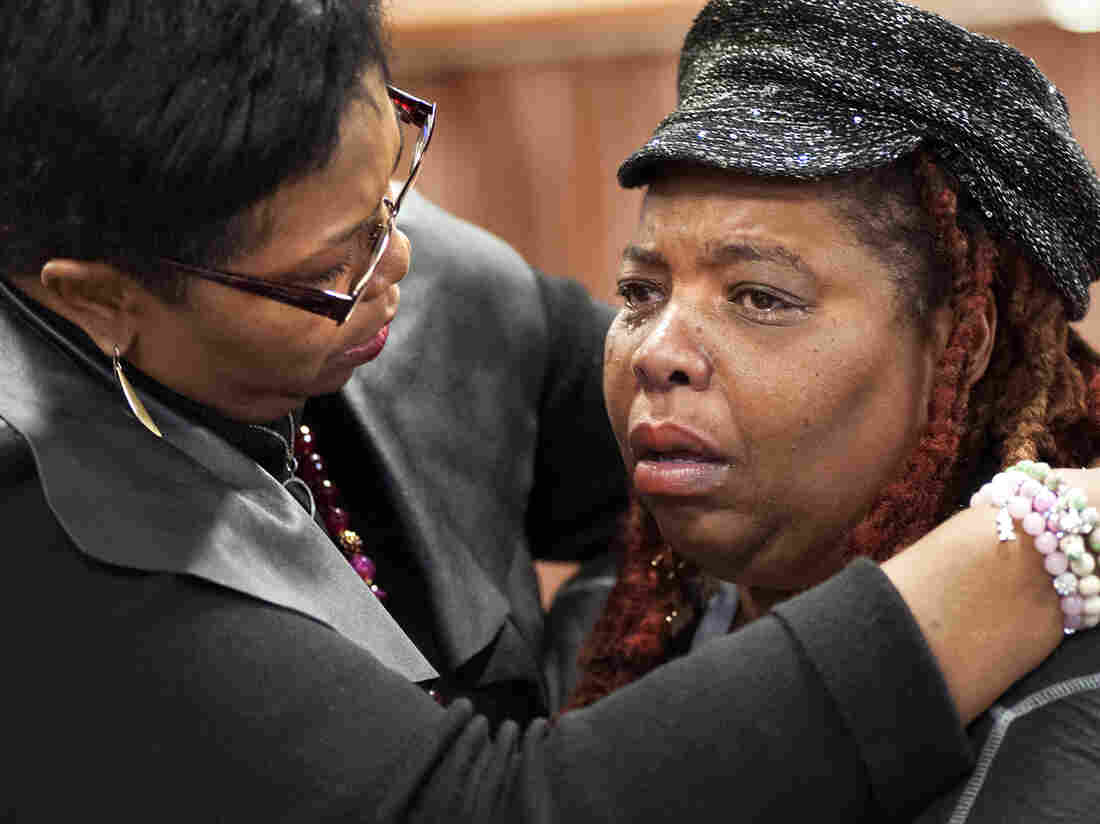 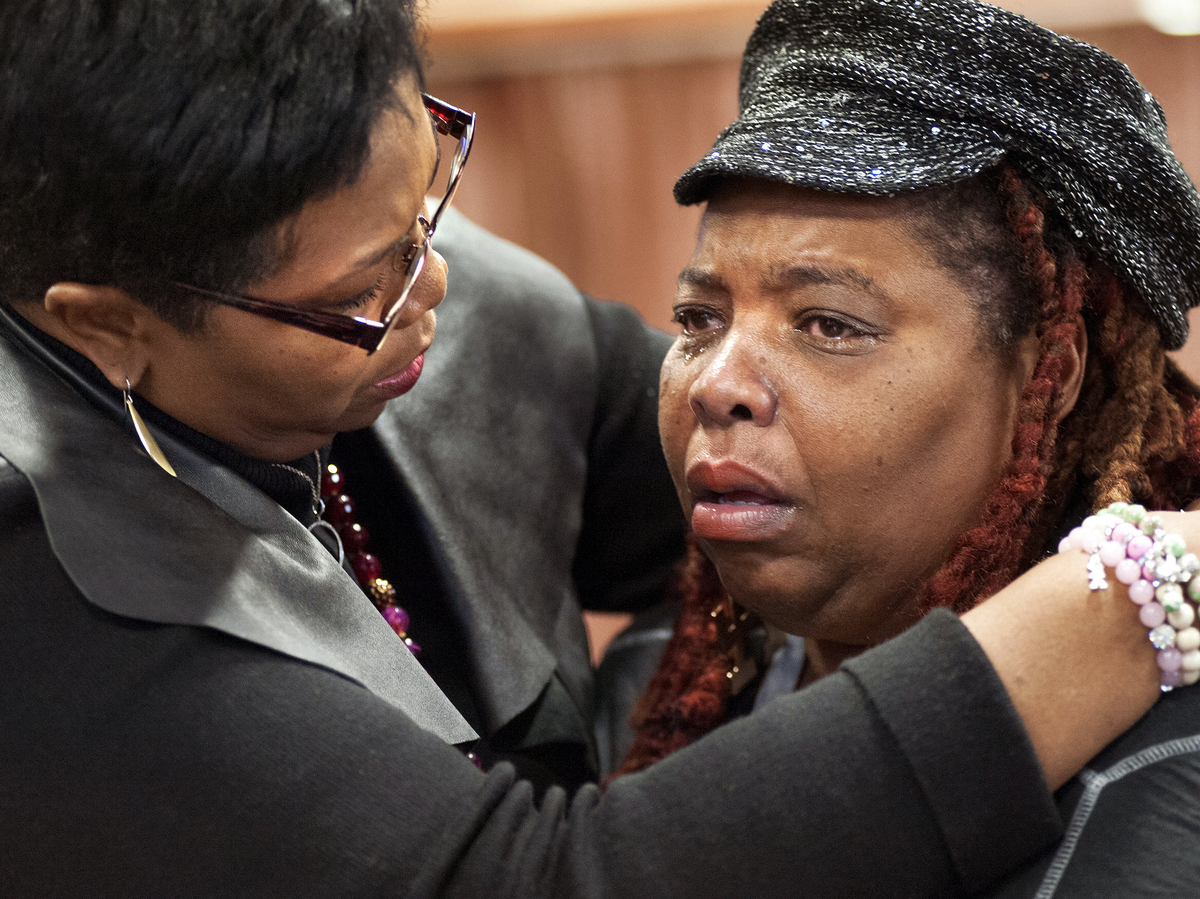 As her church distributed masks and hand sanitizer as it does each Friday, the Rev. Traci Blackmon said that black churches "have always been on the bottom rung ladder of all of this."

She said that "the way we are accustomed to being governed in this country is being challenged in ways that it has not been challenged in recent history before."

"So I think it is all erupting and that makes this moment very different because we are in this moment partly created by a lack of leadership," she added. "And now we have to navigate this moment without leadership."

Los Angeles Rev. Najuma Smith-Pollard did not attend any of the protests in her city. Her 24-year-old son was killed by another man in 2018, and the pain is still fresh.

She couldn't bring herself to watch George Floyd's memorial service on Thursday. When we spoke that day, she was preparing to attend the sentencing for her son's killer — virtually.

"It's very difficult, and part of why I didn't go out and physically protest and I normally do," she said. "I have two younger children and right now I'm in a space where I'm very protective of them. I wasn't going to take them out and protest cause I'm kind of in protective space right now."

Smith-Pollard's advice to those struggling was simple.

"Breathe, pray, meditate — breathe," she said. "And it's ironic that this man died screaming, 'I can't breathe,' and we're back to what we heard Eric Garner say."