Accessibility links
Tropical Storm Cristobal Hits Louisiana, Mississippi Storm surge warnings have been issued for the southeast Louisiana coast as well as the Mississippi coast for Sunday, with Mississippi being the hardest hit so far. 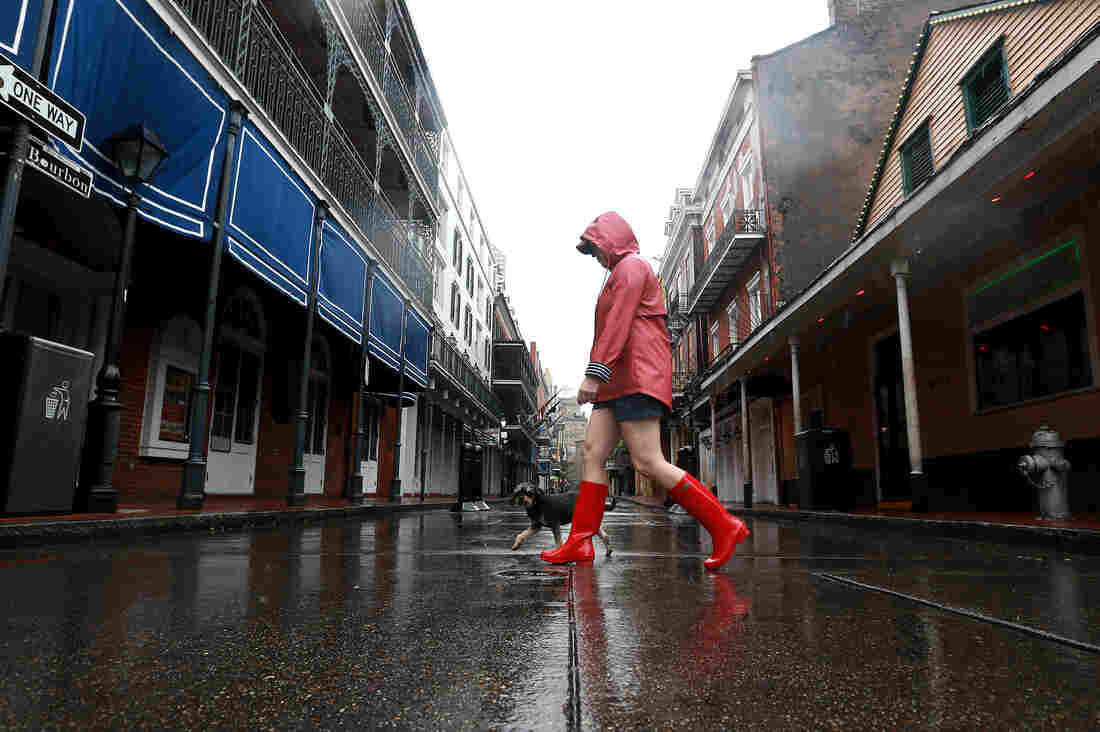 A woman walks her dog through the French Quarter in New Orleans as Tropical Storm Cristobal reaches the U.S., on Sunday. Sean Gardner/Getty Images hide caption 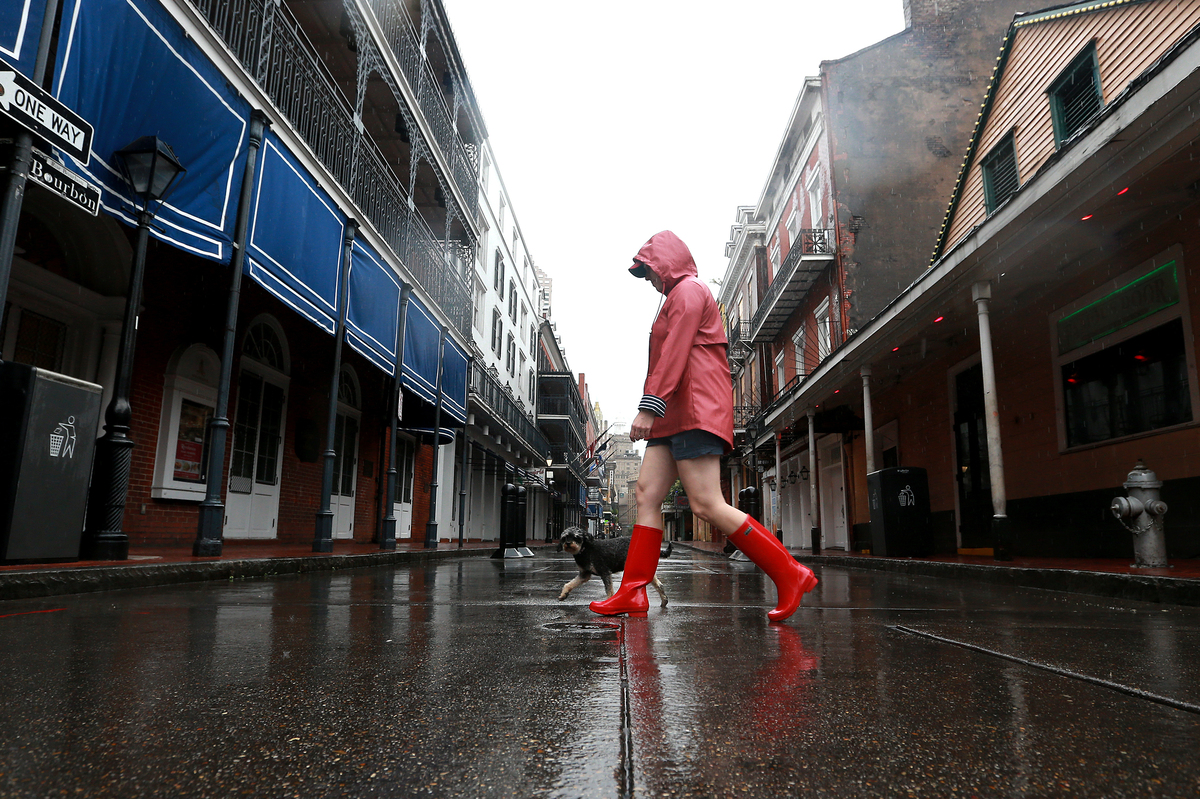 A woman walks her dog through the French Quarter in New Orleans as Tropical Storm Cristobal reaches the U.S., on Sunday.

Tropical Storm Cristobal has reached the southeastern United States, bringing heavy rains and sustained winds of up to 50 mph.

Storm surge warnings have been issued for the southeast coast of Louisiana as well as the Mississippi coast for Sunday.

Cristobal is the third named storm of the Atlantic hurricane season. If the storm maintains its current track, Mississippi could be the state hardest hit, according to Gavin Phillips, a forecaster with the National Weather Service New Orleans.

"The biggest populated area that's going to be most affected is the Mississippi coast," Phillips said.

New Orleans and the areas to its immediate east should see the most rainfall, according to Phillips. Those areas should expect 7 to 10 inches of rain, he said. Areas to the west should only expect a few inches of rain, said Phillips, adding that he expects the city of New Orleans to remain safe.

On the Mississippi coast, reporters at the Biloxi Sun Herald have documented high water levels this morning and afternoon.

Louisiana Governor John Bel Edwards declared a state of emergency on Friday ahead of the tropical storm and some communities in Mississippi and Louisiana have been ordered to evacuate.

The intersection of Cleveland and Highway 90 is closed and flooded pic.twitter.com/qot6zyrPm7

In Louisiana, the barrier island of Grand Isle has seen major flooding due to Cristobal. Residents there have been urged to evacuate.

In New Orleans, crews have been responding to downed trees and power lines. Officials there are urging people who live outside of the levee flood protection system to evacuate the area.

Phillips said that as the storm moves inland, bayous and areas without levies will be the most vulnerable to flooding. He was quick to clarify that he doesn't foresee any "life-threatening" flood events happening as a result of Cristobal.

Phillips said that winds will likely top out at around 50 miles per hour, with the strongest likely to come around the Mississippi coast.

He also noted that early June is an unlikely time for a tropical storm, with the peak season for tropical storms and hurricanes usually starting much later in the year.

"This is really early to get a storm. But typically July is quieter than June. Hopefully we don't have anything between now and [mid-August]."