Accessibility links
U.S. Airlines Add Flights As Demand Increases, But Recovery Will Take Years Ahead of the summer travel season, several U.S. airlines are expanding their flight schedules. But a complete recovery from the economic fallout caused by the coronavirus pandemic could take years. 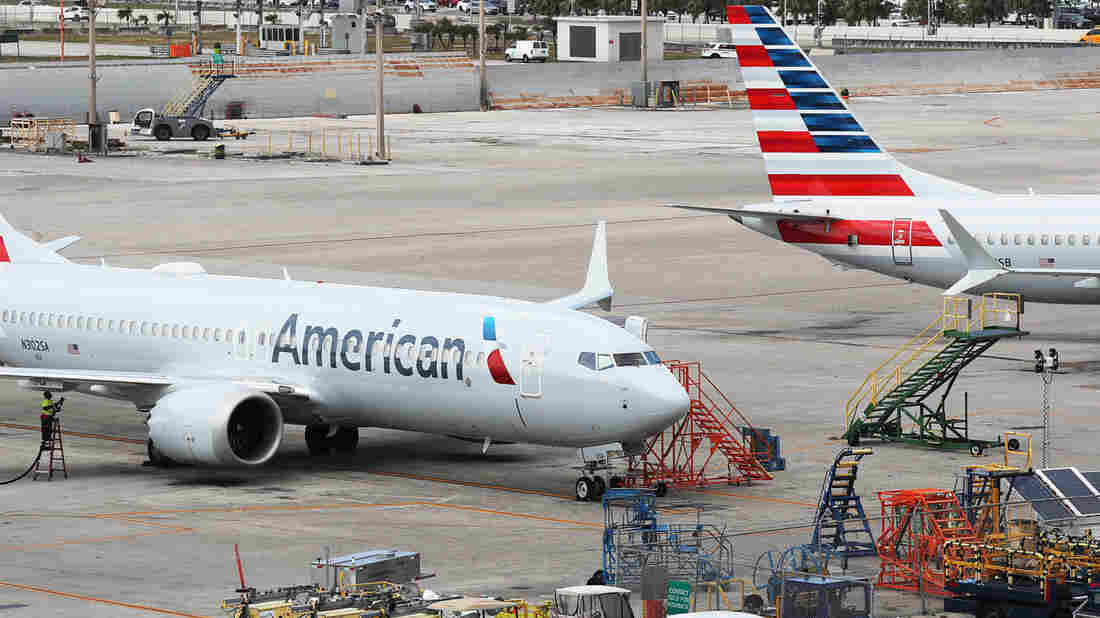 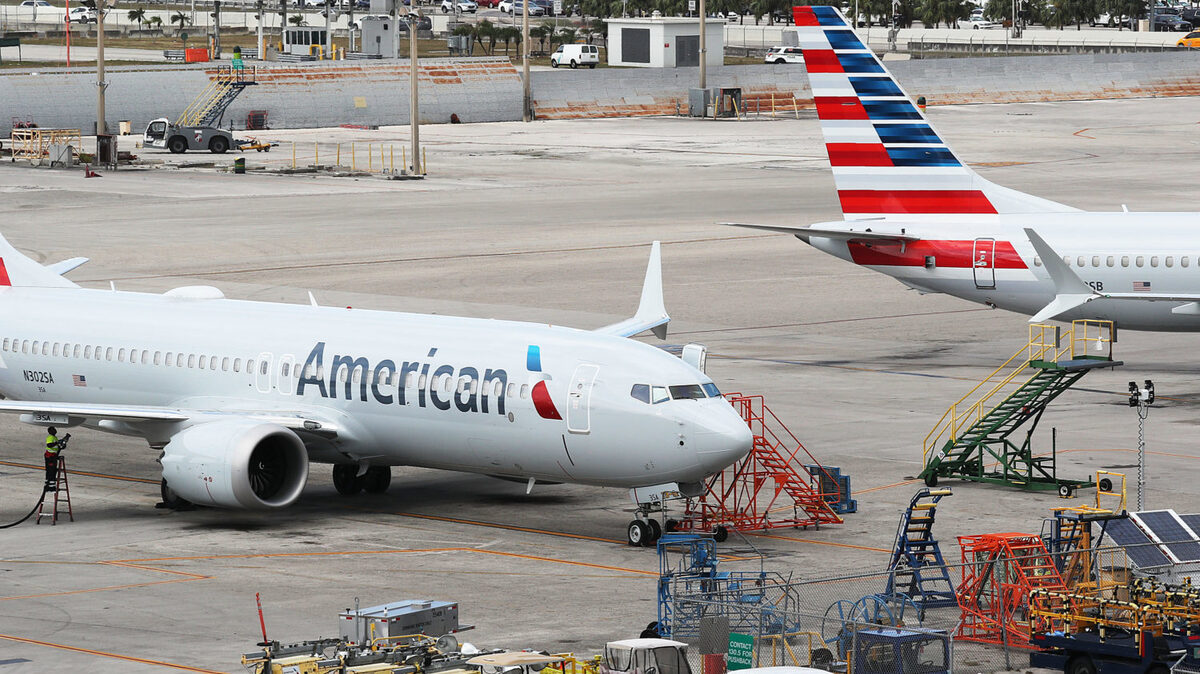 Two grounded American Airlines Boeing 737 Max 8s are seen parked in Miami in 2019. The airline industry is seeing more travelers than in March and April but faces a long road to recovery.

U.S. airlines are boosting their flight schedules in preparation for the summer after experiencing an increase in customer demand, but returning to 2019 travel numbers will take years, according to an airline executive.

The coronavirus pandemic has completely disrupted the industry, with near empty flights and parked aircraft the most visible signs of trouble. However, the push to reopen the country has provided U.S. carriers with a glimmer of hope.

American Airlines on Thursday announced that it will increase the number of domestic flights next month. The airline said it is planning to fly more than 55% of its July 2019 domestic schedule next month after average daily passenger numbers increased from about 32,000 in April to more than 110,000 in late May.

"If customers simply have options to go on travel, and if states continue to reopen on the course that they are at, it seems pretty reasonable that more demand will come back," Raja said. "If indeed it doesn't come back, our ability to go and reduce flying is a lot easier than it is to go and add it."

The airline said next month's capacity will represent about 40% of its July 2019 capacity. That's up from 30% this month. Other U.S. carries are also adding flights.

United Airlines will reinstate flights at over 150 of its U.S and Canadian destinations next month, the company said in an email to NPR. The flights will boost the airline's domestic capacity to 30% year over year. This month, the airline expects to operate at 23% of its June 2019 capacity. Low-cost carrier Frontier is adding 18 new routes to its summer schedule.

Bucking the trend is Atlanta-based Delta, which announced on Friday that it will suspend operations to 11 U.S. markets beginning July 8.

Despite the modest increases in flights and capacity, the airline industry faces a long road to recovery. In the week ending May 31, domestic flights averaged 54 passengers, a drop from typical ranges of between 80 and 100 passengers in January and February, but more than lows of just 17 passengers in late March and early April. Demand for future air travel is also down 82%, according to data collected by industry association Flights for America.

And air travel demand is expected to remain below 2019 levels until 2023, credit ratings agency S&P Global Ratings said in a recent report.

"That's an entirely realistic expectation," Raja told NPR. "We hope for it to be done faster. We do anticipate, for example, leisure demand to return sooner than business demand, and short-haul demand return sooner than long-haul demand. So there will be pockets where the demand recovery is certainly quite a lot faster than 2023, but in order to regain the 2019 levels of traffic, we are a number of years off."

American Airlines reported a first-quarter net loss of $2.2 billion. In April, the airline received $5.8 billion in financial assistance through the government's Payroll Support Program and said it expects to apply for a separate $4.75 billion loan from the U.S. Treasury Department. It is unclear whether the airline has already applied for the additional federal funds.

No matter how fast the industry will recover from the impact of the pandemic, changes are already afloat at many U.S. airlines.

American has already implemented several cost-saving measures, from accelerating the retirement of certain aircraft types to suspending nonessential hiring to implementing voluntary leave or early retirement programs. The airline will also announce a 30% reduction of its executive staff, Raja said.

"[American] is absolutely going to be smaller," he said. "The airline is already making real decisions now that will change the airline forever. They are not going to be easy, but over the long haul, the idea behind it is to create an airline that's capable of persevering through this crisis."