Accessibility links
Aid Money Sent To States To Manage Economic Crisis Isn't Going Where It's Needed Much of the billions in federal aid that was sent to states to help with the pandemic's economic fallout didn't go where it was most needed, leaving some hard hit areas struggling with little support. 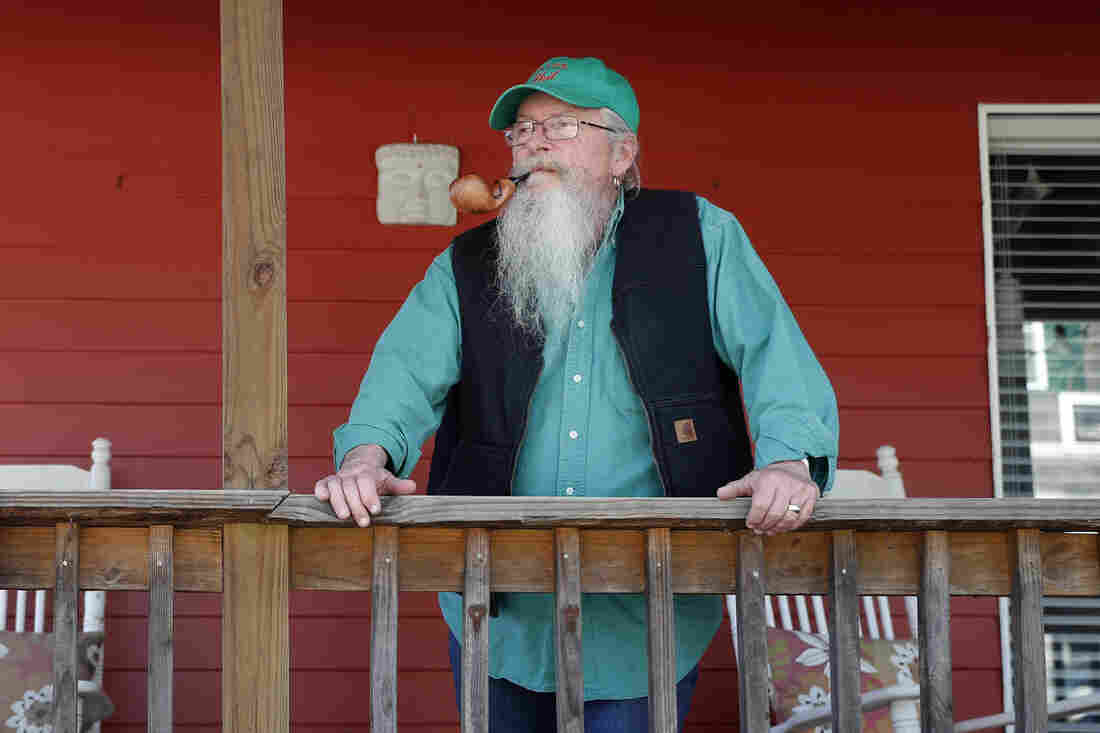 Mayor Phil Stang stands on the front porch of his home in Kimmswick, Mo., on April 7. The tiny town along the banks of the Mississippi River, normally bustling with out-of-town visitors this time of year, is virtually empty as the economic ravages of the coronavirus have shuttered shops and restaurants in the community. Jeff Roberson/AP hide caption 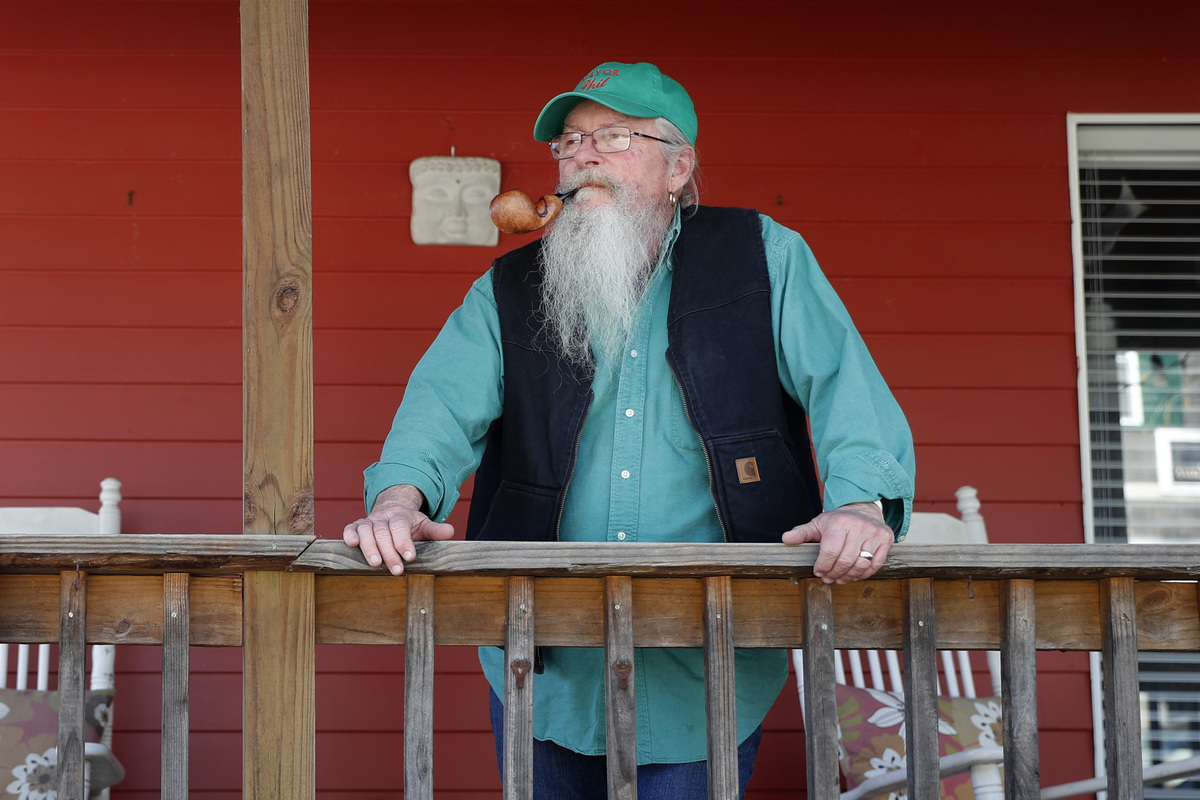 Mayor Phil Stang stands on the front porch of his home in Kimmswick, Mo., on April 7. The tiny town along the banks of the Mississippi River, normally bustling with out-of-town visitors this time of year, is virtually empty as the economic ravages of the coronavirus have shuttered shops and restaurants in the community.

On the edge of the Mississippi River, the small historic city of Kimmswick, Mo. has an archaeological site with mastodon bones, Levee High Apple Pie at its famous Blue Owl Restaurant, and a volunteer mayor, Phil Stang.

What it doesn't have right now is money.

"They think I'm kidding but I'm not," Stang says. "I [will] have to go and do crazy electronic stuff like GoFundMe pages, or start a lemonade stand ... something."

Kimmswick was already digging out after spending $150,000 on last year's historic flooding. But with the cancellation of the town's Strawberry Festival this month, and the fall Apple Butter Festival now in question, Stang needs $250,000 to keep the city operating.

Congress sent more than $150 billion in aid to states and cities two months ago. Yet much of that money has failed to make it to places that need it.

A review by NPR has found in some cases, states and counties – which are strapped in their own right – are holding onto the money. Some states like Vermont, Mississippi and Alabama are locked in heated debates over who gets to spend the money.

Other states are struggling with how to spend the money, trying to understand pages of complex rules and restrictions that have slowed government spending.

While they hesitate, officials in many cities and towns nationwide say they have been left out altogether. Stang's county offered to share some of its federal funding with Kimmswick but required the mayor to spend city money first and get paid back later — even for protective equipment.

"Well whoop-de-doo," Stang says. "I haven't got any money to fight the pandemic. My fight of the pandemic is go in your house and stay there."

Congress allocated $1.25 billion to each state and then gave some states more, depending on the state's population. But states can't use the money to fill budget shortfalls. The money has to be used on a COVID expense.

The result is states like Alaska and Montana with large economic woes but few COVID cases can't shift funds.

At the same time, cities and towns with thousands of COVID cases have been left out altogether. 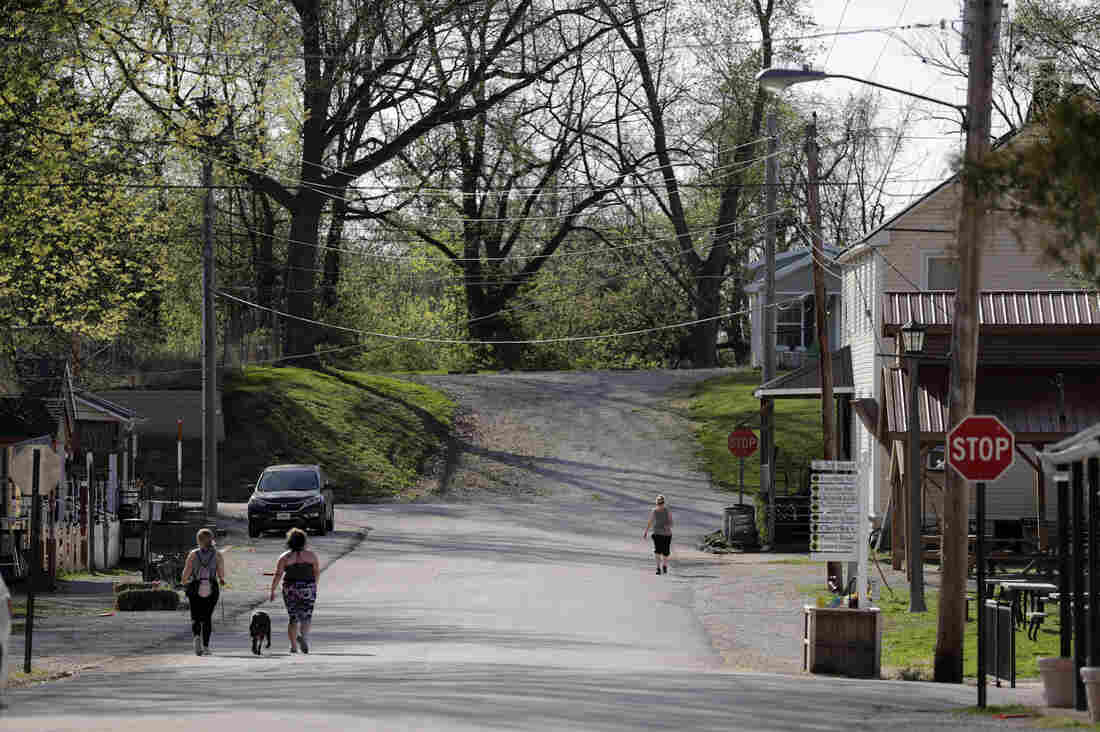 The streets are quiet except for a few people out for a stroll in Kimmswick, Mo., on April 7. Jeff Roberson/AP hide caption 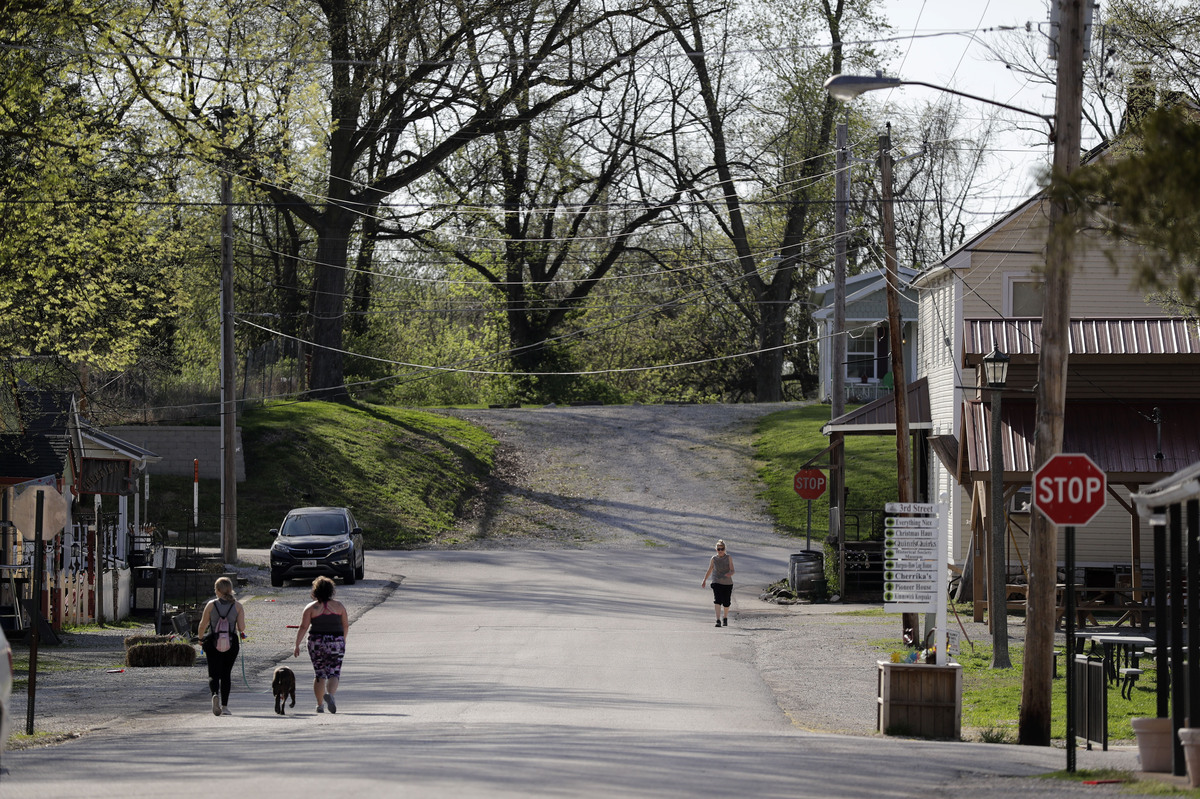 The streets are quiet except for a few people out for a stroll in Kimmswick, Mo., on April 7.

"We have not received any dollars yet," said Natasha Love Rogers, the chief operating officer for Newark, N.J. "The federal dollars from the Cares Act went to our county."

That's because another rule says only places such as cities or counties with more than 500,000 people can get direct funding from the federal government. Newark has more than 7,000 COVID cases and around 600 deaths, but only 282,000 people.

"People will have to be furloughed or laid off," Rogers says, "and now you're decreasing the amount of emergency personnel that are needed to deliver the emergency services during the emergency. So we're getting into a funnel here."

There's no simple remedy that would allow Newark to get more funding. The rules sent out by the Department of Treasury say states and counties "should" pass the money down to their local communities. But the rules don't say "shall," which in government speak means they don't really have to.

"Yeah, that doesn't do us much good," said Colin Wellenkamp, executive director of the Mississippi River Cities and Towns Initiative, which represents 96 cities from Minnesota to Louisiana. 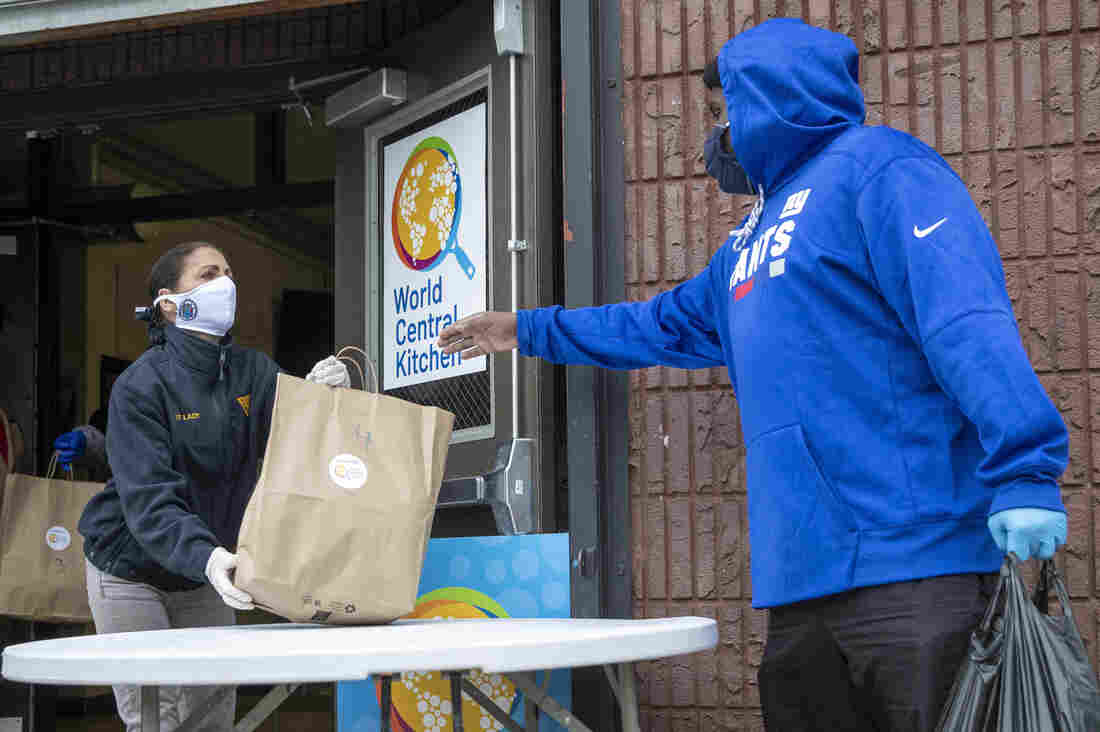 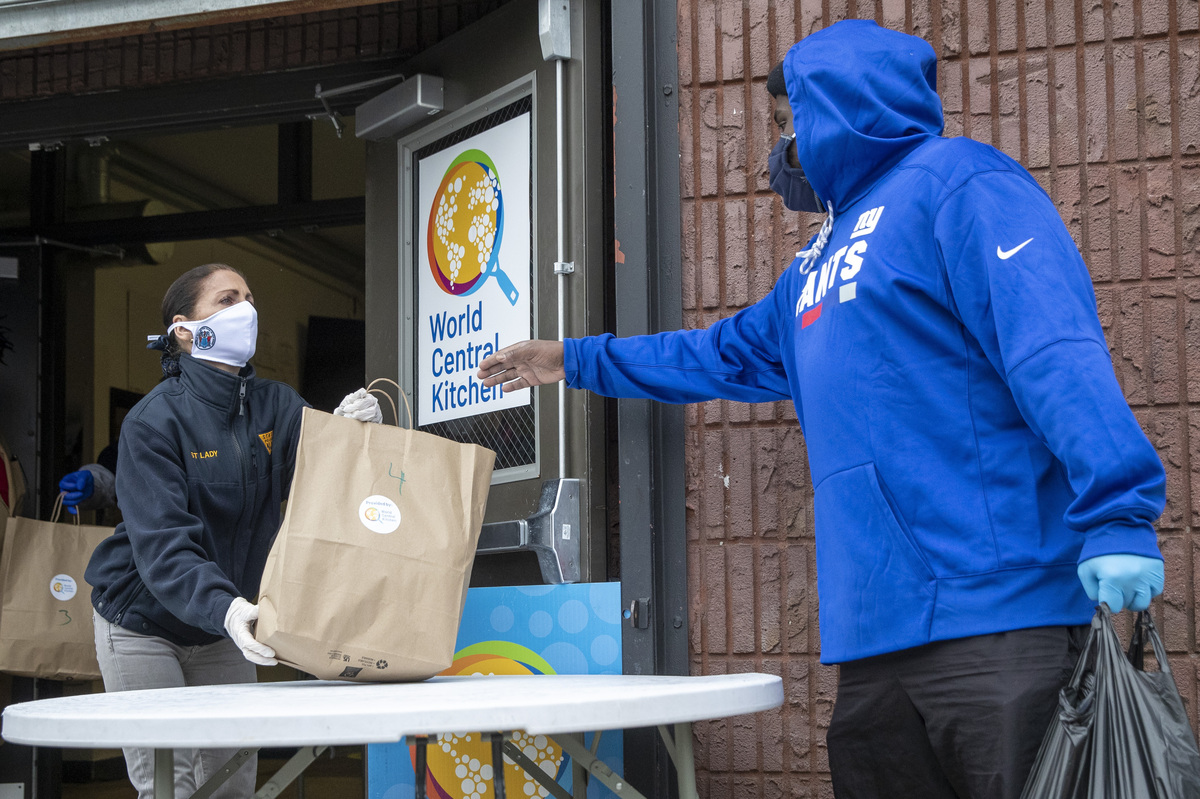 The cities account for more than 5 million Americans, but all but one of those 96 cities was shut out. "Five hundred thousand is a really high bar," Wellenkamp says. "Not even the city of New Orleans meets that."

For those places that do get money, puzzling restrictions await, says Brad Gair, a former federal coordinating officer for FEMA and a principal at Witt O'Brien's, an emergency management firm.

"Everyone is confused," he says. "They're frustrated and they're worried."

Gair has helped the governments and communities manage dozens of disasters including 9/11, Katrina and Hurricane Sandy. But he says he's never seen this kind of complexity. Recently, Gair set up a free webinar to help counties understand the rules. More than 1,000 counties dialed in.

"What is unusual in my experience ever is to have that same 1,000 there at the end of an hour-long call," he said. "There are hundreds and hundreds of cities and towns that aren't even applying because they don't understand the programs and they don't have time to figure it out."

San Jose in the heart of Silicon Valley does have the time and the know-how, but even they are struggling.

This is "the most complicated Rubik's Cube of financing we have ever had to solve and we are really good at solving that kind of stuff," says Kip Harkness, deputy city manager for San Jose. 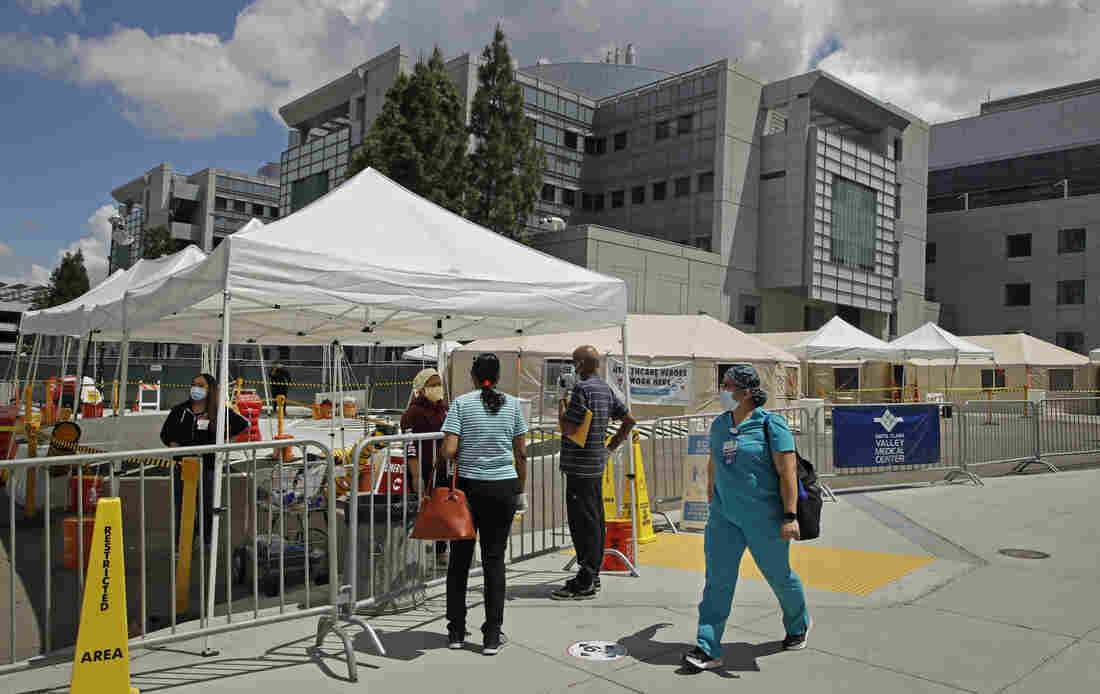 A health care worker walks past people waiting to be tested for COVID-19 at Santa Clara Valley Medical Center in San Jose, Calif., on May 19. Ben Margot/AP hide caption 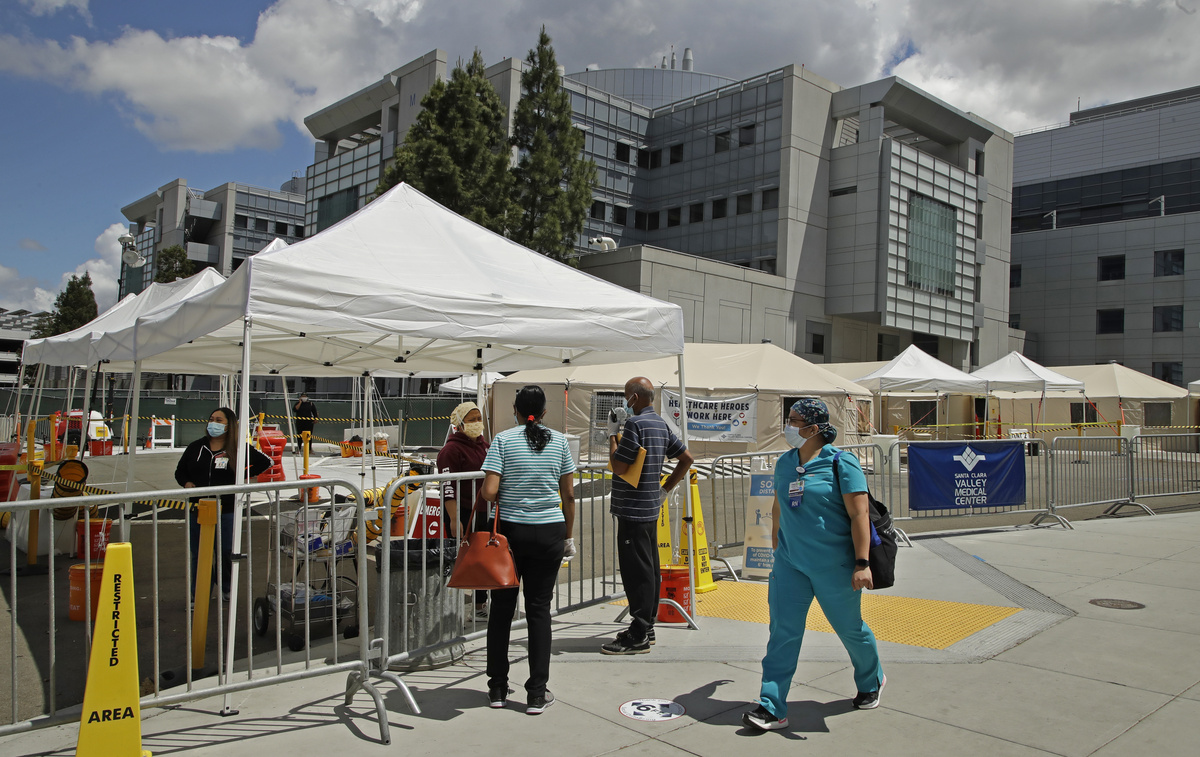 A health care worker walks past people waiting to be tested for COVID-19 at Santa Clara Valley Medical Center in San Jose, Calif., on May 19.

San Jose has more than 500,000 people, so it got a direct grant from the federal government of $178 million. But Harkness says they are still working through the night trying to understand the rules.

"We're not allowed to spend our CARES Act money in other jurisdictions," he says. "We're having to navigate a complex bureaucracy whereas in any other disaster this would be a shared responsibility that would fall on the state and federal government to step in and assist."

Mayor Phil Stang, planning a lemonade stand in Kimmswick, says that particular rule is a shame.

Many cities will also be coping with the economic fallout from continued protests and rioting in the weeks ahead. Some mayors may be looking to move federal money from one crisis over to the next. But that, along with pages of other rules, is not allowed.