Accessibility links
Head Of 'New York Times' Editorial Page Steps Down Amid Controversy The resignation of James Bennet comes after the publication last week of a column by Arkansas Republican Sen. Tom Cotton, who called for federal troops to quell violent protests. 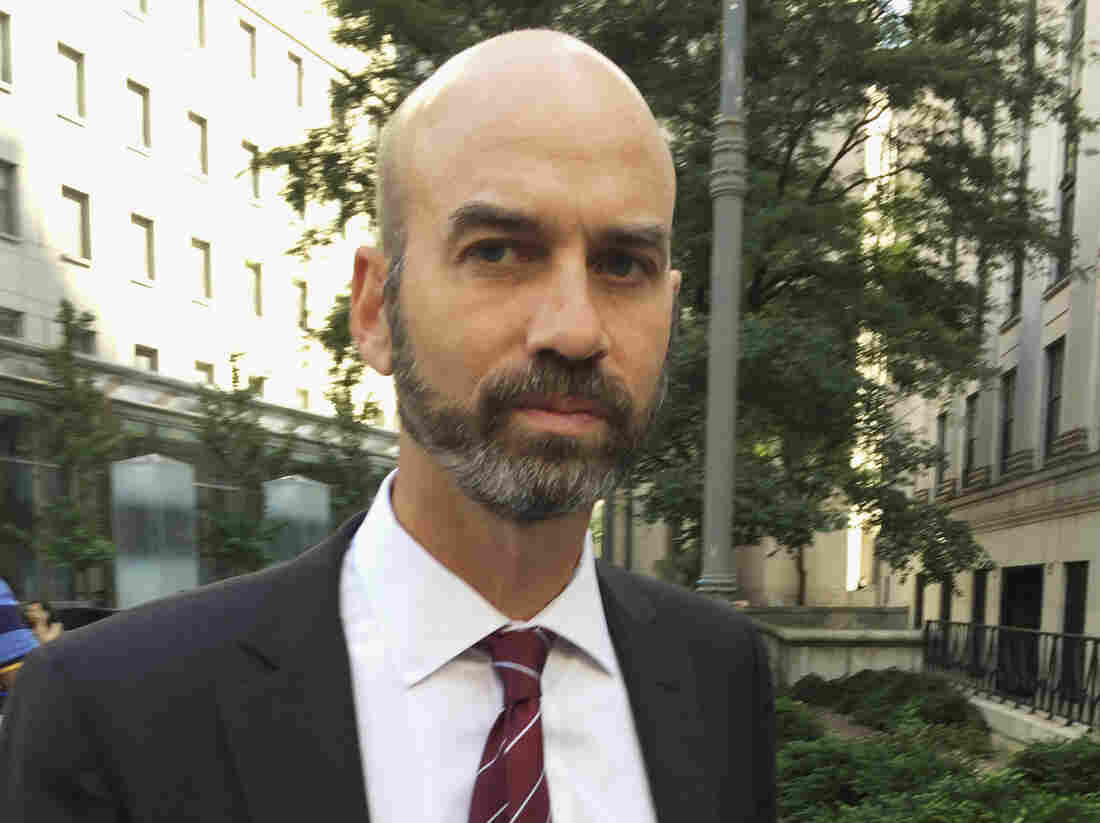 James Bennet, editorial page editor of The New York Times, in a photograph taken in 2017 in New York. Bennet has resigned amid outrage over an op-ed advocating the use of federal troops to quell protests. Larry Neumeister/AP hide caption 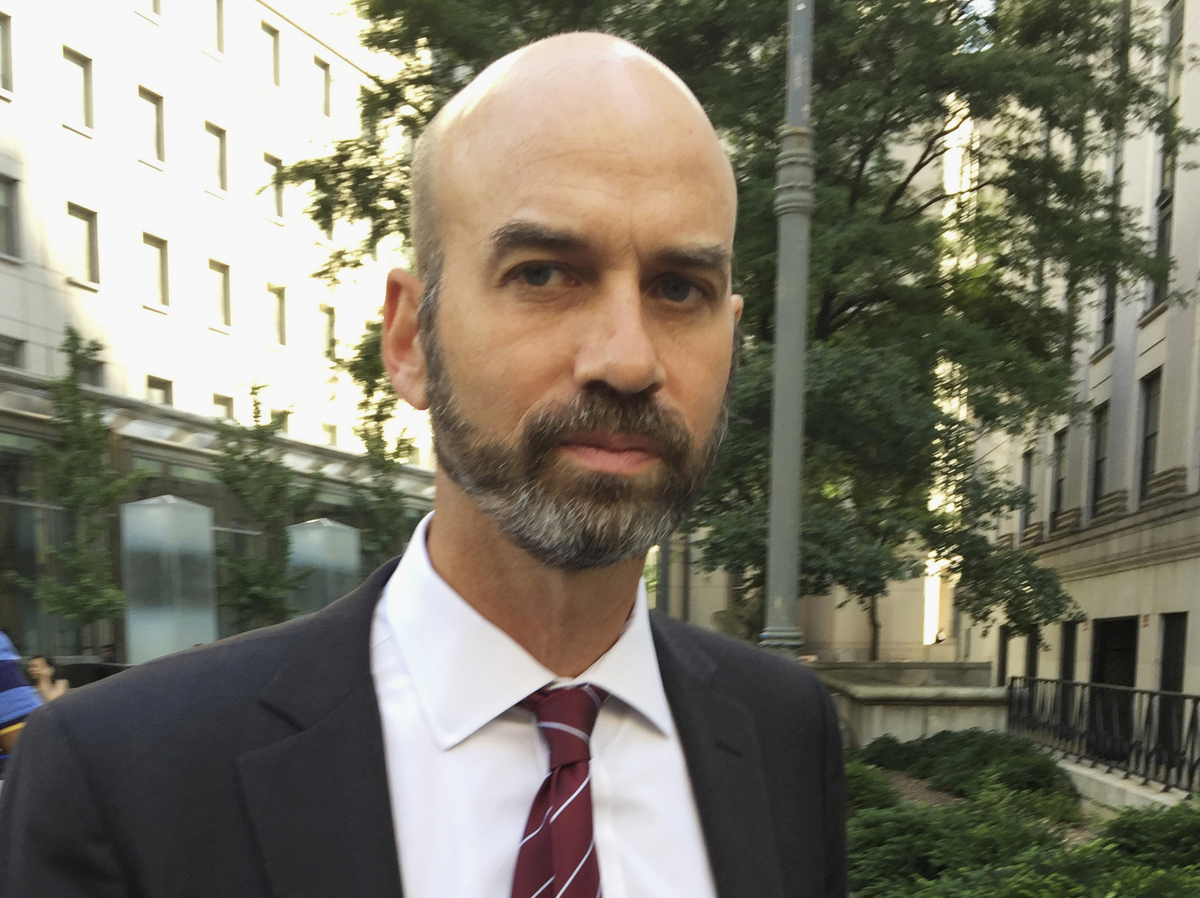 James Bennet, editorial page editor of The New York Times, in a photograph taken in 2017 in New York. Bennet has resigned amid outrage over an op-ed advocating the use of federal troops to quell protests.

The head of The New York Times editorial page, James Bennet, has resigned after he oversaw the publication last week of a controversial opinion piece by Republican Sen. Tom Cotton that called for deploying federal troops to end unrest sparked by the death of George Floyd.

The newspaper on Sunday announced the resignation of Bennet, who became editor of the page in 2016. In a note to staff announcing the departure, publisher A.G. Sulzberger cited "a significant breakdown in our editing processes."

The strident tone of the editorial published Wednesday, titled "Send in the Troops," along with a number of questionable assertions made by the Arkansas lawmaker, reportedly elicited strong objections from not only readers, but also from the staff of the editorial page and newsroom.

In a lengthy editor's note appended to the online version of the editorial, the Times said it "fell short of our standards and should not have been published."

It said Cotton's assertion that "cadres of left-wing radicals like antifa" were involved in violence at protests "has not been substantiated." The editor's note also said the senator's claim that the police "bore the brunt" of violence at the protests was overstated.

Initially, Bennet, who is the brother of Colorado Democratic Sen. Michael Bennet, sought to defend the editorial's publication, writing a follow-up that appeared in the Times the day after Cotton's editorial. In it, Bennet said he personally objected to the idea of sending federal troops to control protests, but that it was important to represent other points of view in the pages of the newspaper.

"We published Cotton's argument in part because we've committed to Times readers to provide a debate on important questions like this," he wrote. "It would undermine the integrity and independence of The New York Times if we only published views that editors like me agreed with, and it would betray what I think of as our fundamental purpose — not to tell you what to think, but to help you think for yourself."

I want to explain why we published the piece today by Senator Tom Cotton. https://t.co/GvWwf7i0Wu

In a news story announcing Bennet's resignation, the Times said that at an all-staff virtual meeting on Friday, Bennet apologized, saying the editorial should not have been published and acknowledging that it had not been edited carefully enough.

As editorial page editor, Bennet sought to bring in a wider range of voices, including more conservatives, and reduced the number of unsigned editorials. Last year, one editorial board member won a Pulitzer Prize for a series about race in America.

But the newspaper said his tenure had also been "marked by several missteps. Last spring, The Times apologized for an anti-Semitic cartoon that appeared in the Opinion pages of its international edition.

"Last August, a federal appellate court found that Sarah Palin, the former vice-presidential candidate, could proceed with a defamation lawsuit against The Times over an editorial edited by Mr. Bennet that inaccurately linked her statements to the 2011 shooting of a congresswoman," the newspaper said.