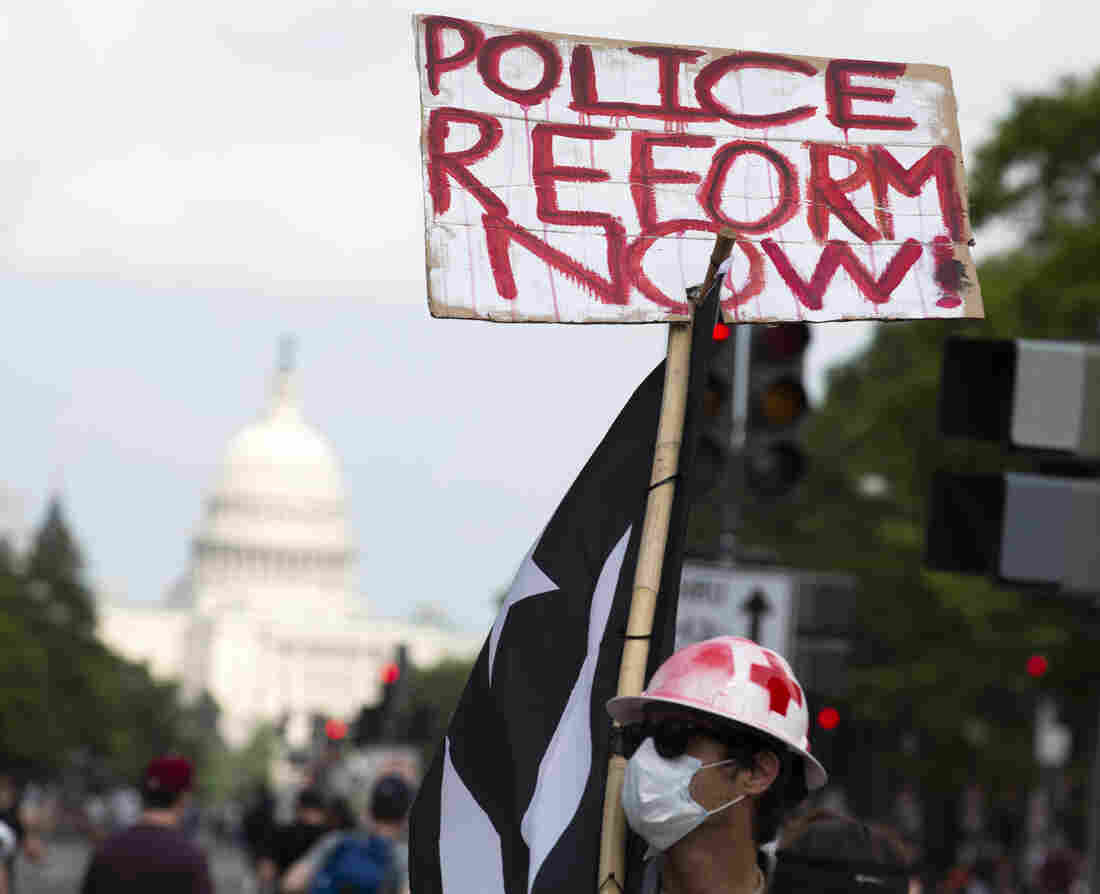 A demonstrator holds a placard during a march against racism and police brutality in Washington, D.C., on Saturday. Congressional Democrats have released a wide-ranging proposal aimed at overhauling policing Jose Luis Magana/AFP via Getty Images hide caption 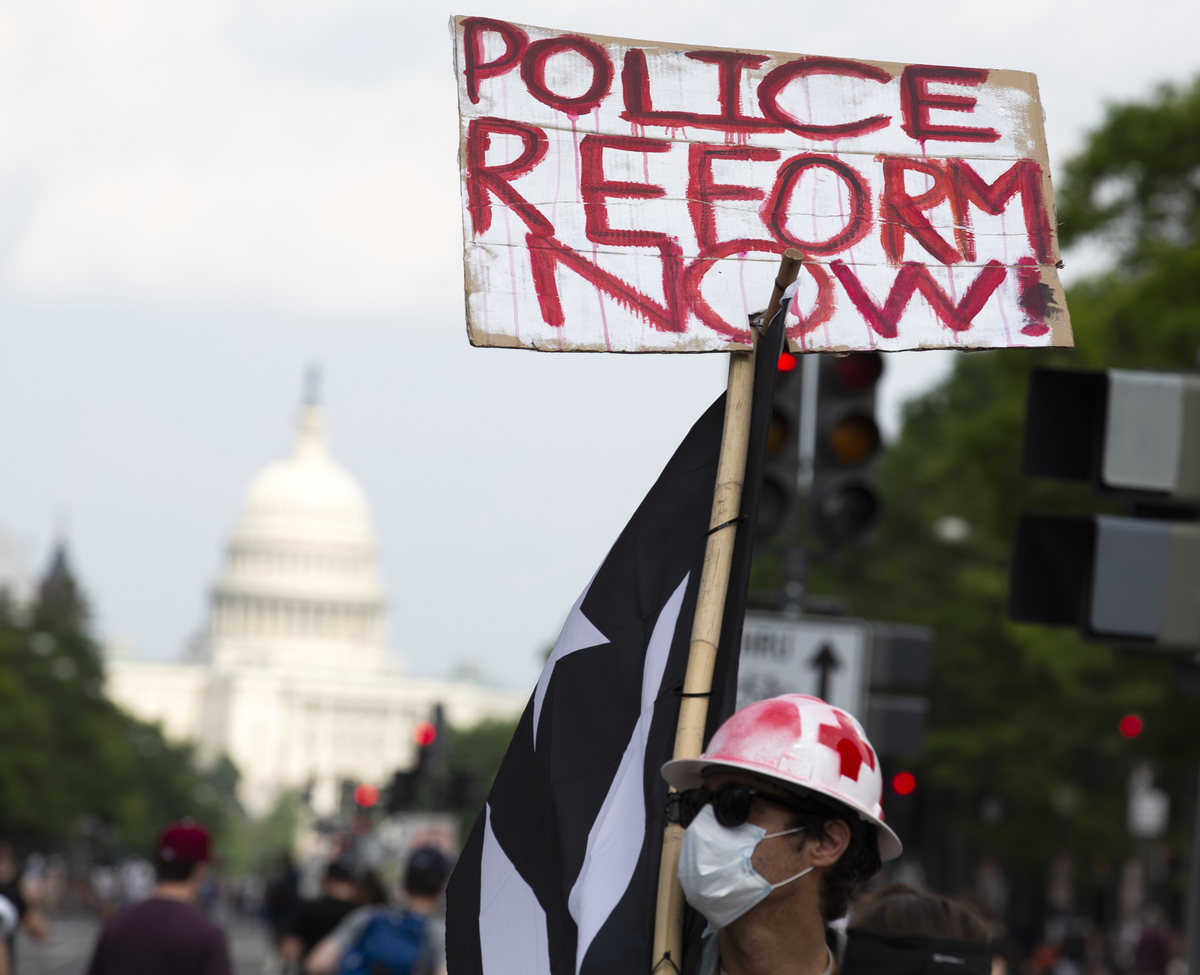 A demonstrator holds a placard during a march against racism and police brutality in Washington, D.C., on Saturday. Congressional Democrats have released a wide-ranging proposal aimed at overhauling policing

House and Senate Democrats unveiled sweeping legislation Monday to overhaul policing in the U.S., following weeks of national protests sparked by the killing of George Floyd, a Minneapolis man who died after a police officer held his knee to Floyd's neck for more than eight minutes.

The proposal, titled the Justice in Policing Act, would prohibit police from using chokeholds, create a national registry to track police misconduct, lower legal standards to pursue criminal and civil penalties for police misconduct, and ban certain no-knock warrants. (You can read a summary of the bill here.)

After a moment of silence for Floyd, congressional Democrats released their proposal at a news conference on Capitol Hill.

Chairwoman of the Congressional Black Caucus Rep. Karen Bass, D-Calif., called it a "transformative vision of policing in America." The CBC took the lead in drafting a legislative response to the national outcry for an overhaul of policing.

Bass spoke with Morning Edition's Rachel Martin about the legislation ahead of its release on Monday. She said the biggest change the legislation would bring is a shift in police culture.

The House of Representatives is expected to spend much of June working on the measure, and Bass said she's hopeful for bipartisan support. It's unclear how the GOP-controlled Senate will respond to it.

"I think that my colleagues on either side of the aisle believe that in the United States of America in 2020, there is no excuse for a police department to commit open, public acts of abusing the human rights of Americans," she said.

You can read the bill yourself here.