Accessibility links
States Face Wave Of Environmental Waiver Requests The EPA does not require companies to notify federal regulators if the pandemic interferes with pollution monitoring or reporting. That leaves states alone on the front lines of pollution control. 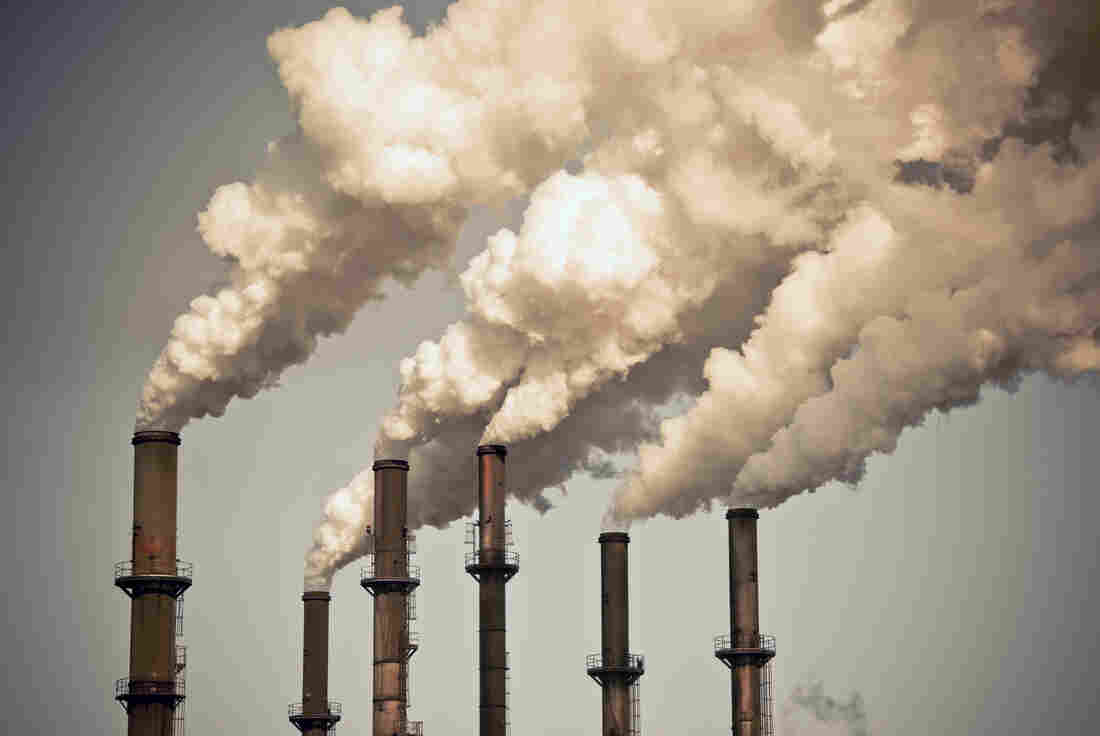 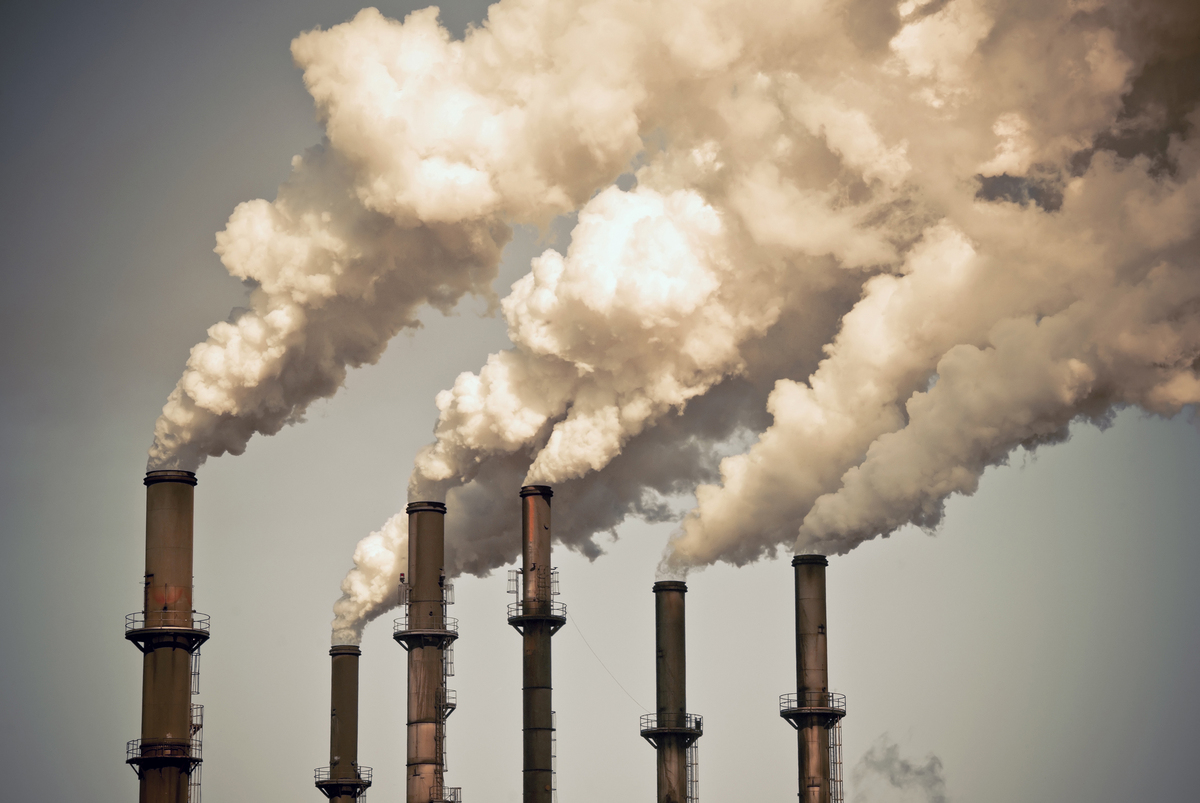 Companies across the country say the pandemic is interfering with their ability to comply with laws that protect the public from pollution. The federal government is not keeping track of requests for regulatory leniency during the pandemic.

Some of the country's most polluting industries have flooded state regulators with requests to ease environmental regulations, according to an NPR review of hundreds of state environmental records.

Companies across the country say the pandemic is interfering with their ability to comply with laws that protect the public from pollution.

State environmental authorities are currently the only source of official information about which companies have sought regulatory relief. That's because in March, the Environmental Protection Agency told companies that they do not need to warn federal regulators if the pandemic interferes with routine pollution monitoring or testing.

That puts states alone on the front lines of environmental protection, even as they struggle to cope with the immediate effects of the coronavirus pandemic.

Across the U.S., landfills, recycling facilities and other waste disposal companies asked state regulators to relax or delay pollution monitoring requirements. In Minnesota and Iowa, at least 70 hog feedlots asked for permission to either house extra animals or dispose of animal carcasses because meat-packing plants temporarily closed or slowed production. In Pennsylvania, Texas and Arkansas, regulators received requests from oil and gas companies asking the states to back off on enforcement of a wide range of environmental regulations, including checking for leaks in storage tanks and measuring pollution from smokestacks.

Most states do not publish any information about companies that say they are struggling to comply with environmental laws, which means most Americans who live near factories, refineries, farms and other sources of soot, smog and chemical emissions have no way to know whether the pandemic has led to extra pollution.

"I think it is a huge deal," says George Czerniak, the former director of the air and radiation division for the EPA regional office for the Upper Midwest. "I think that the potentially affected public has a right to know these things, and regulatory agencies and companies have a responsibility to share this information."

The EPA says that it will follow up with state authorities if the federal agency notices that a facility did not comply with regulations during the pandemic. "Most of our environmental laws have a federalism structure. That means states can be authorized to implement the regulatory program," wrote Ken Labbe, a spokesperson for the EPA, in an email to NPR. 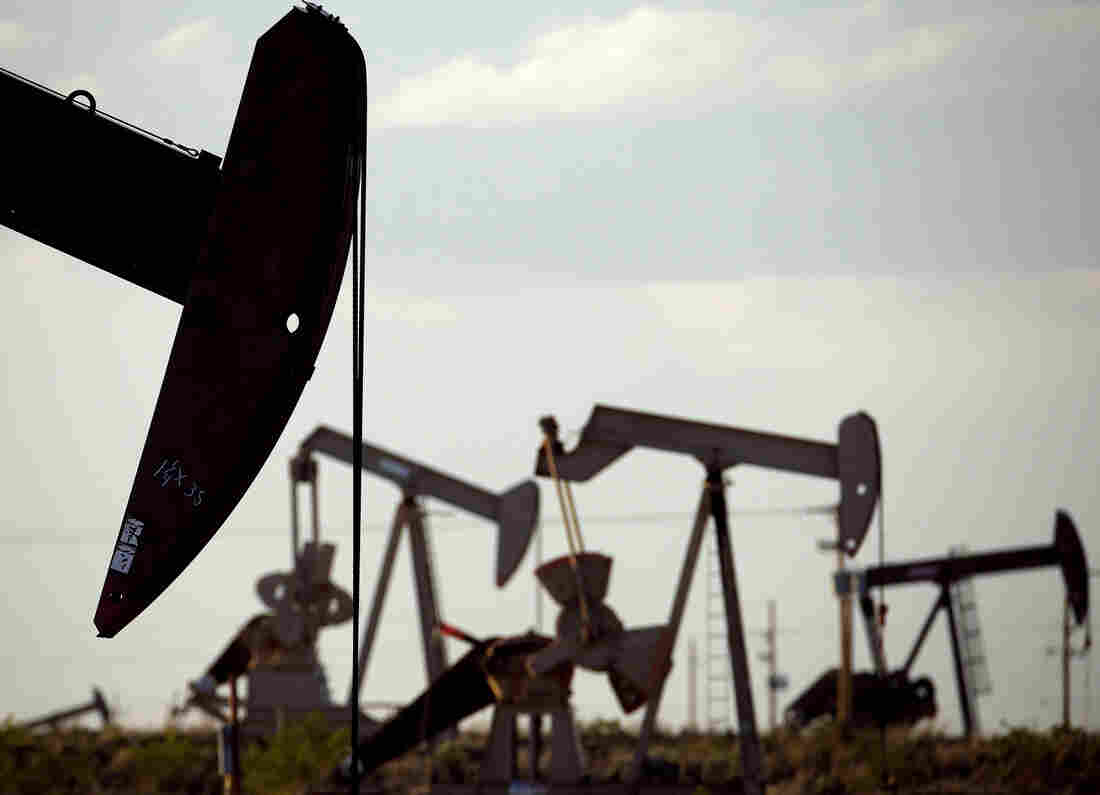 Oil and gas companies are among those who have asked state regulators for permission to postpone pollution monitoring and reporting, because they say the pandemic makes such activities difficult or dangerous. Charlie Riedel/AP hide caption 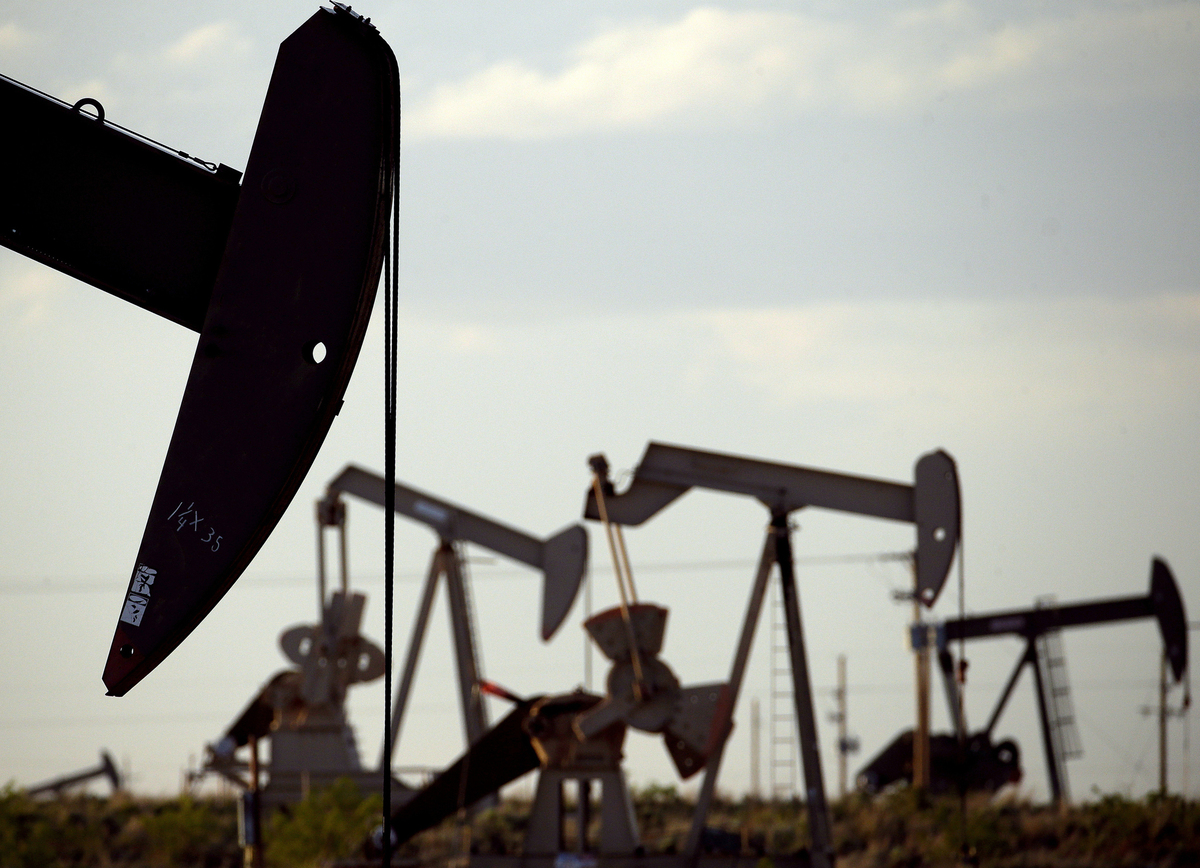 Oil and gas companies are among those who have asked state regulators for permission to postpone pollution monitoring and reporting, because they say the pandemic makes such activities difficult or dangerous.

'Almost anything could be blamed on the virus'

The EPA protects human health by creating rules about how much pollution can be released into the air and water. The day-to-day implementation of those rules largely falls to state environmental agencies, many of which have seen their funding cut in recent years. The EPA tracks facilities' compliance with regulations, and punishes companies that violate the law.

Under the March 2020 policy change, it's unclear how the federal agency will know if a facility releases extra pollution during the pandemic, especially if the factory, refinery, mine or farm is in a state that isn't tracking requests for regulatory waivers.

The EPA's passive enforcement policy is particularly worrisome for people who live downstream or downwind of facilities that consistently violated environmental regulations before the pandemic began. NPR found numerous instances in which companies with recent environmental violations requested that state authorities give them extra leeway to pollute, or to monitor pollution during the pandemic.

An Arkansas petroleum refinery owned by Lion Oil asked to delay repairs to two storage tanks because of the pandemic, according to records shared by the state environmental agency. The company has repeatedly violated the Clean Water Act and the Clean Air Act, including illegally releasing hundreds of thousands of gallons of petroleum into the water, and the EPA has repeatedly fined the company and ordered it to prevent future releases. The pandemic-related request to delay tank repairs is still pending.

Indiana authorities received a notice in April from the Gibson County Coal company stating that the company's mine in southwest Indiana emitted unsafe levels of ammonia into the water, and expected to continue polluting the water with ammonia and suspended solids for the duration of the health crisis, because the company is using so much bleach to disinfect its facilities.

That argument is frustrating to local public health advocate John Blair, who has lived in nearby Evansville, Ind. for 45 years. "Almost anything could be blamed on the virus," he says. "How long will this go on?"

According to EPA compliance data, the Gibson County Coal mine has repeatedly violated the Clean Water Act in recent years by releasing unsafe amounts of small particles, or suspended solids — one of the pollutants it ties to the pandemic in its April notice. Alliance Inc., which owns the mine, did not respond to questions about why the pandemic might affect emissions of suspended solids.

Blair says he feels that state regulators were already doing too little to protect him and his neighbors from air and water pollution in his industry-heavy region. "Now they have cover from the EPA to not look into things," he says. "I'm offended by it."

In some cases, the EPA's March policy change appears to shape requests corporations made to state regulators. In Indiana, the head of the state's environmental authority received a letter from Marathon Petroleum Corp. on the same day the EPA announced its new policy, that asks for permission to delay or skip pollution monitoring and reporting at more than a dozen facilities.

The letter lists ten regulatory categories — eight of which appear in the EPA's memo — with which the company said it might not be able to comply because of the pandemic, including testing how much pollution comes out of smokestacks and drainage pipes.

"That was an extraordinarily broad request," says Janet McCabe, who served as EPA Acting Assistant Administrator for the Office of Air and Radiation, and now directs the Environmental Resilience Institute at Indiana University. "It just seems like it's totally taking advantage of the situation."

Robert Verchick, an environmental law professor at Loyola University New Orleans and a former EPA deputy associate administrator, says it's not surprising that the EPA's policy opened the door to such sweeping requests. "The federal government sets the tone," he says, and the EPA's memo was broad.

The right to know

Only a handful of states, including Minnesota, Indiana and Pennsylvania, publish details online about which companies have contacted state environmental authorities for regulatory relief. Only Minnesota publishes details for all requests, including requests that are pending or denied.

Minnesota is also one of nine states, including California and New York, that is challenging the EPA's relaxed enforcement during the pandemic in court.

In an April letter to the EPA, California Attorney General Xavier Becerra demanded that the agency change its policy and begin publishing information about companies that do not comply with environmental regulations due to the pandemic. "These reports must also immediately be made publicly available so that the impacted communities can take necessary steps to mitigate the potential impacts from such noncompliance," Becerra wrote.

The California Environmental Protection Agency itself does not publish such reports on its website. The agency did not respond to questions about requests for regulatory leniency that the state has received due to the pandemic.

New York also does not publicly track pandemic-related leniency requests, despite leading the lawsuit against the EPA. The New York State Department of Environmental Conservation suggests that citizens file formal public records requests if they want information about companies that have told the state they cannot comply with environmental rules.