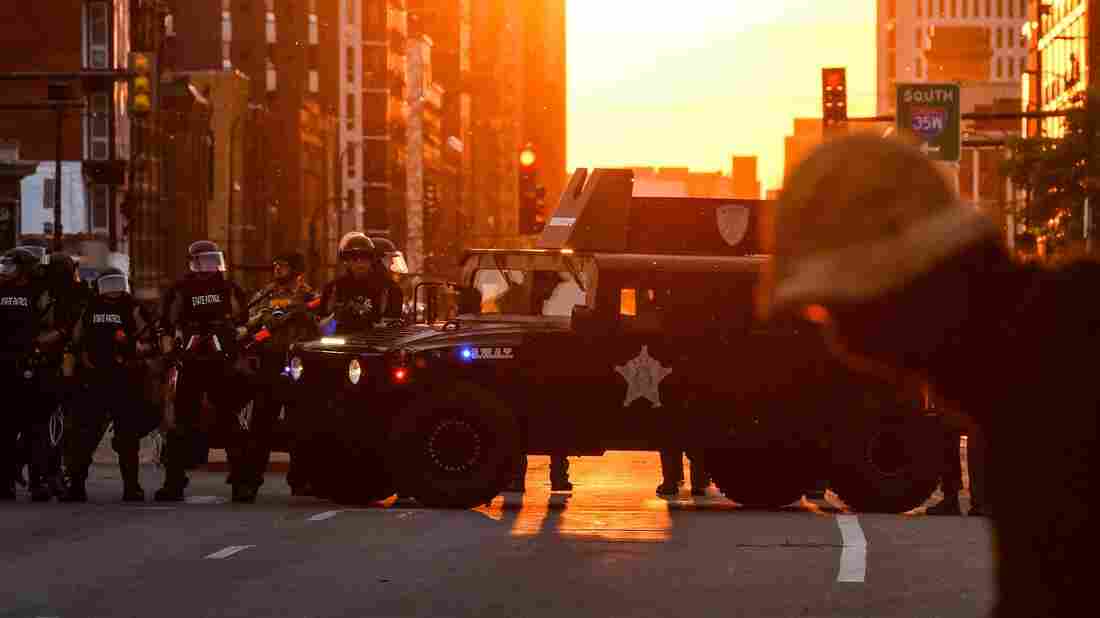 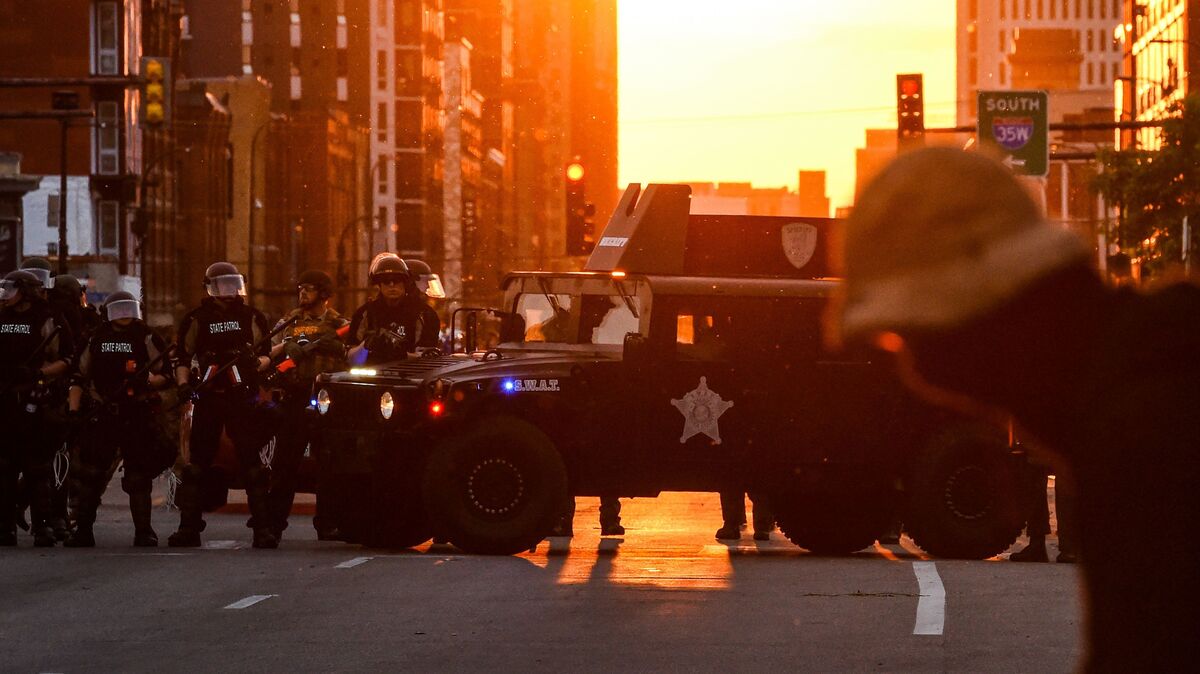 Police officers take guard during a protest over the death of George Floyd last month in Minneapolis.

Activists protesting police brutality are calling on cities and states to defund their police. Funding for local law enforcement now increasingly comes from the federal government.

Probably the most well-known of all such initiatives is the Community Oriented Policing Services program, established as part of the 1994 crime bill. The Department of Justice, which oversees the COPS program, says it has provided $14 billion since its inception to hire and train local police involved in community policing.

Earlier this month, Attorney General William Barr announced the awarding of nearly $400 million for fiscal year 2020 under the program, intended to pay for the hiring of 2,732 police officers in 596 law enforcement agencies. Some of that money will also go to communities to hire school resource officers — positions that some activists have denounced.

Incidentally, as part of his criminal justice initiative, presumptive Democratic presidential nominee Joe Biden has pledged to spend $300 million for the COPS program.

The Department of Justice also administers the Edward Byrne Memorial Justice Assistance Grant Program. It provides funds to states, territories, tribes and local government for law enforcement and corrections programs. According to its website, there was nearly $264 million available in the 2019 fiscal year.

DOJ has other grants as well, including the Patrick Leahy Bulletproof Vest Partnership, named for the Democratic senator from Vermont, and part of the Bureau of Justice Assistance, which also provides grants for a multitude of programs, including body cameras and "innovative policing techniques."

After the Sept. 11 attacks, Congress authorized that federal funds be allocated to local law enforcement agencies for another purpose: to guard against and respond to terrorist attacks. In the current fiscal year, the Department of Homeland Security has nearly $1.8 billion available for communities in its preparedness grants program. Localities that receive the funding must agree to allocate at least 25% to law enforcement under most of the grants.

One agency that seemingly has little connection with police, the Agriculture Department, also hands out law enforcement grants. Under its Rural Development Community Facility grant program, towns of under 5,000 population can apply for money to construct new police facilities or, in some instances, buy new police cruisers.

And the Department of Defense provides surplus military equipment to law enforcement agencies with its so-called 1033 program, which critics have charged has led to the increased militarization of civilian police.

Do these programs work?

"Federal grant and equipment programs for policing are often designed in ways that incentivize harmful policing and undermine local and state political accountability," says Rachel Harmon, a professor of law and director of the Center for Criminal Justice at the University of Virginia Law School. Harmon added, via email, that such programs "far more often focus on effective policing than ensuring that policing is fair, minimally harmful, or consistent with the law."

Barry Friedman, director of the Policing Project at NYU Law, is also critical of the Justice Department's law enforcement grants. "They do not insist on compliance with data reporting," he says, and "DOJ has a strong law enforcement perspective, rather than a community safety perspective."